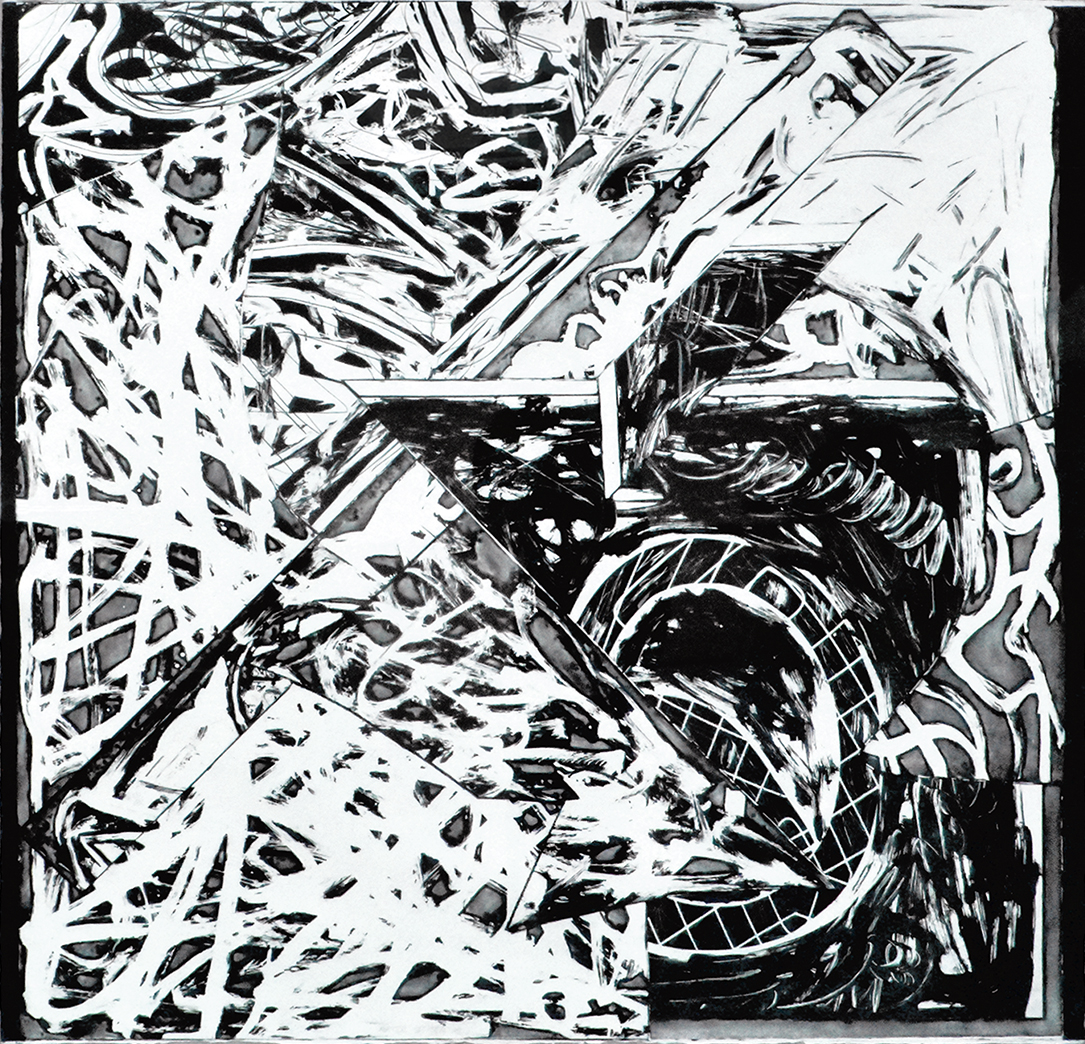 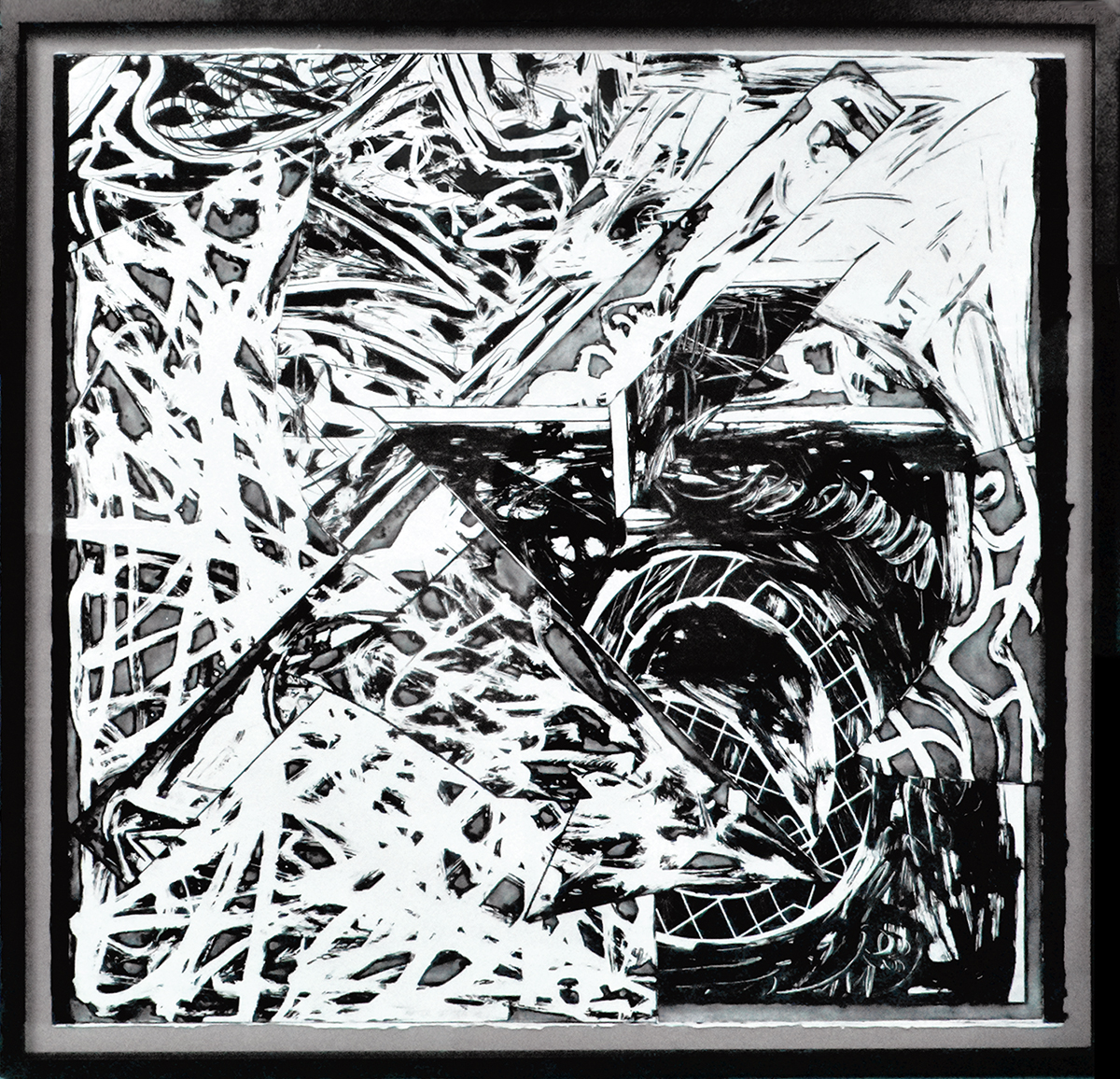 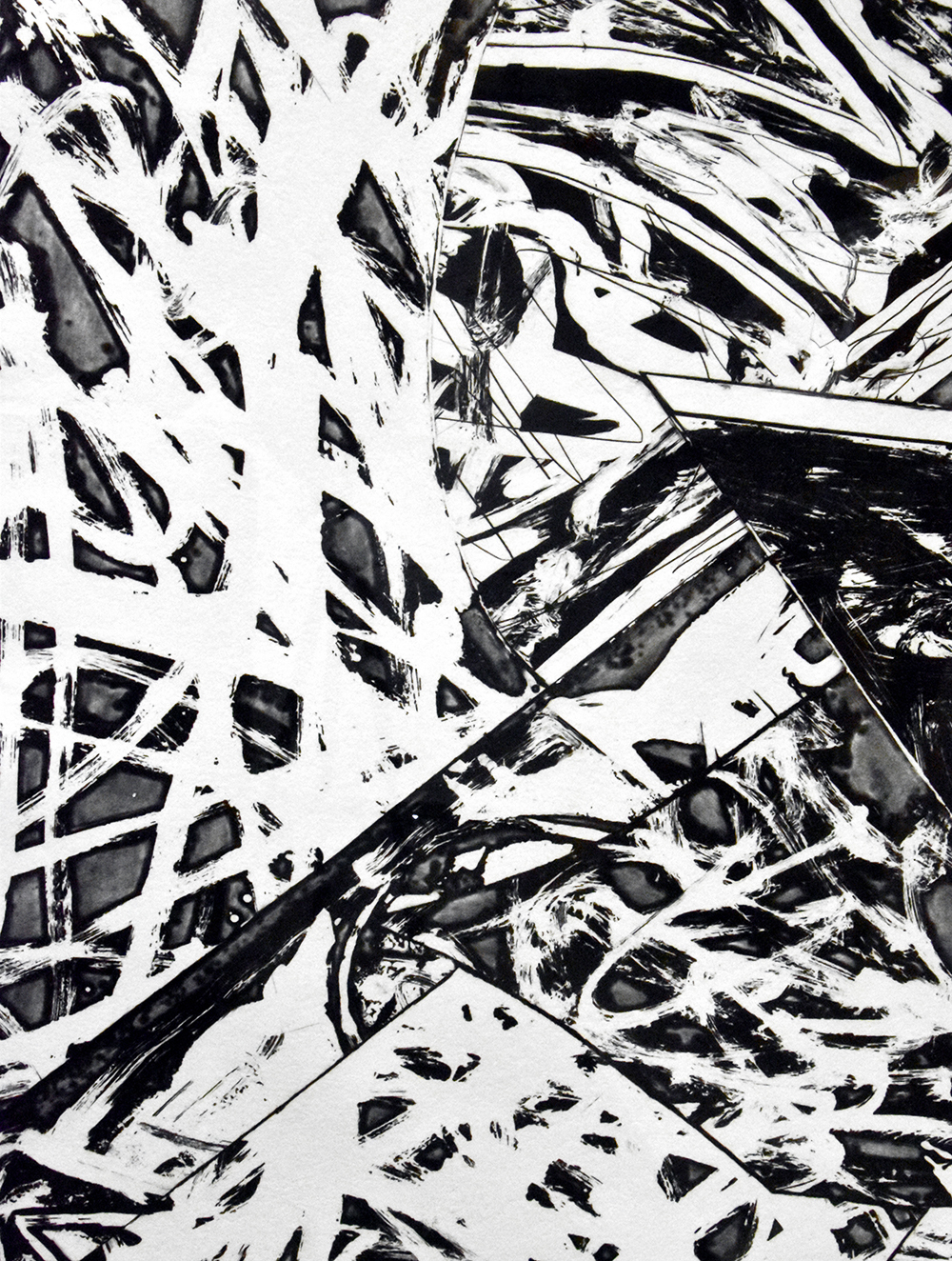 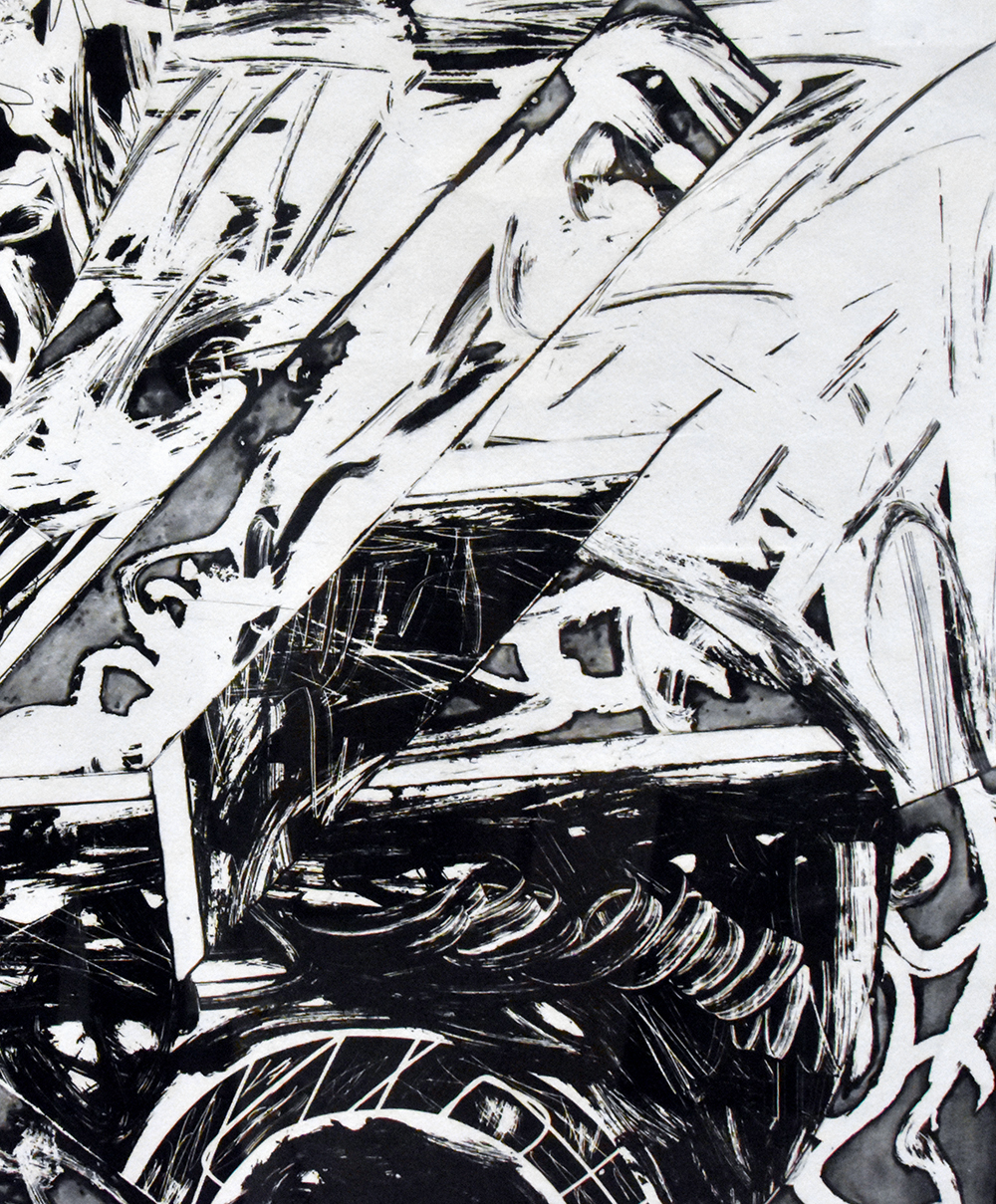 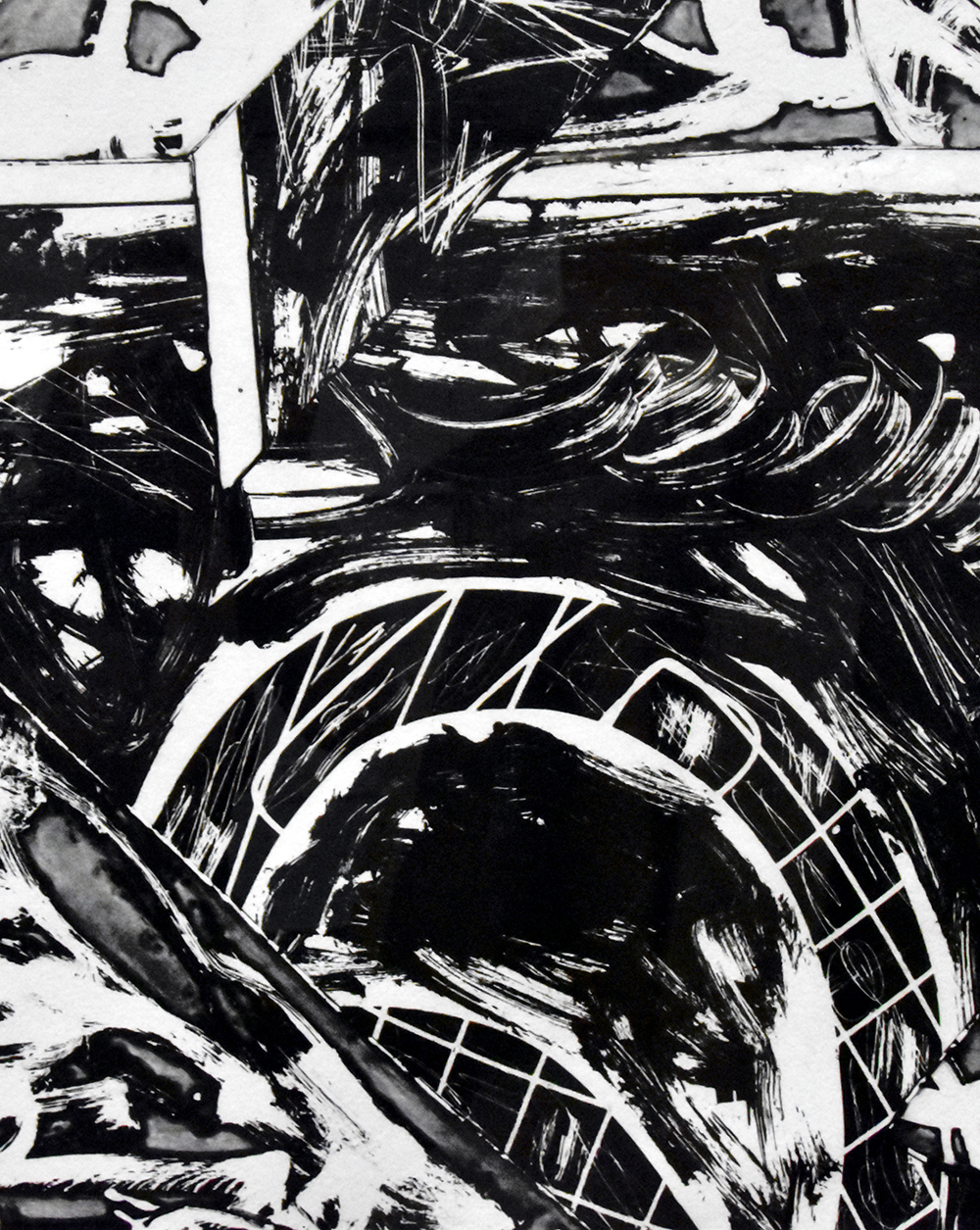 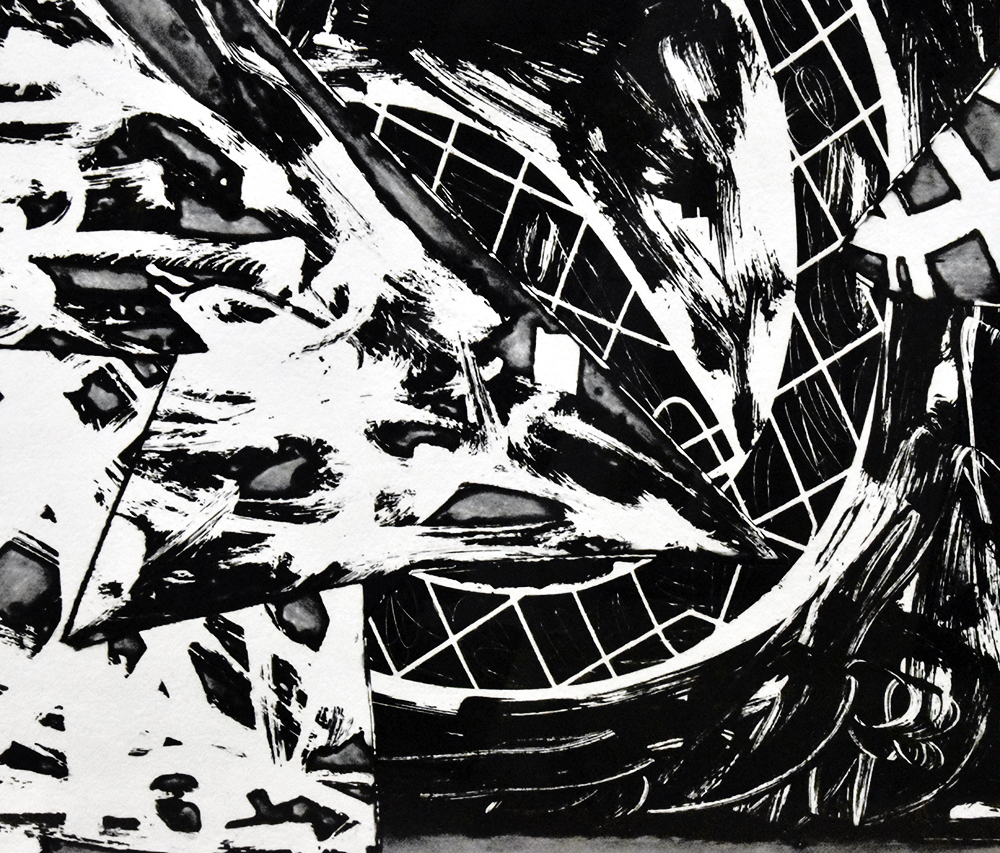 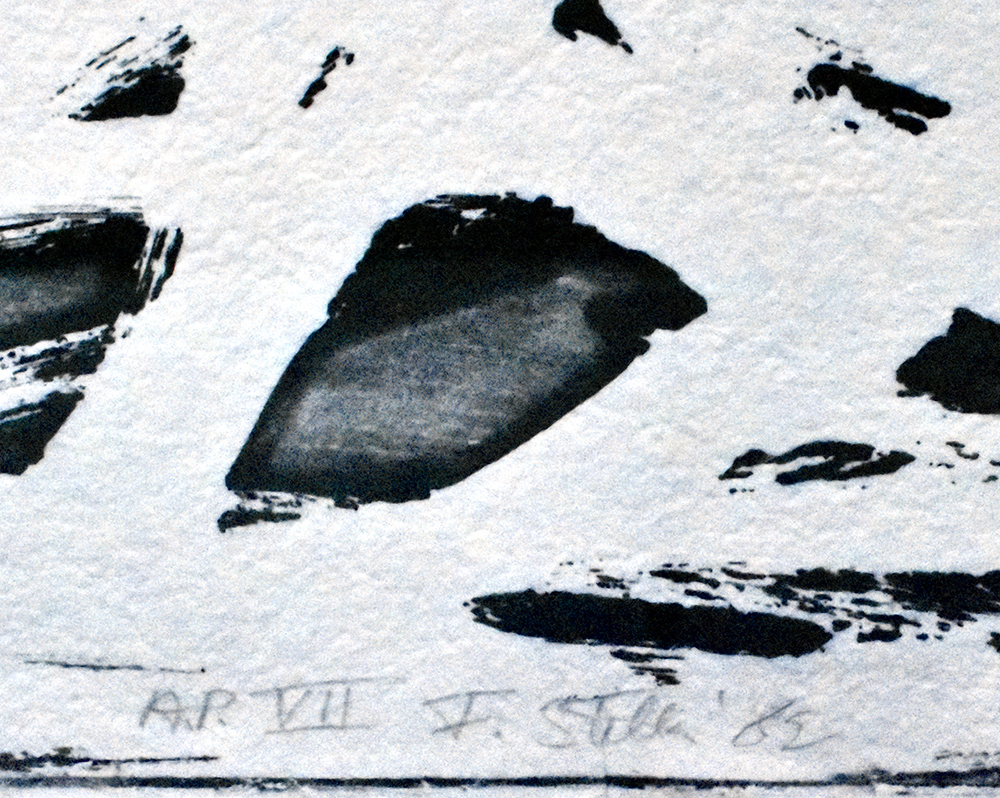 Frank Stella Swan Engraving Square III, 1982 is a striking black and white square composition that explores the power of negative space with strong diagonal movement. The composition was made by assembling 11 pieces of magnesium plates on a board, inked and then partially wiped by hand; the resulting effect is an enthralling world of visual negative and positive space, some forms emerging like the ghostly images of X-rays and some falling back, repeatedly questioning the viewer’s grasp of depth in this fascinating abstract world. The monochrome of the work is a deviation from Stella’s previous colorful prints, and there is a wonderful unique beauty to the absence of hues in this print. By focusing on only the presence of black ink or the absence of ink manifested in white paper, the viewer is hypnotized by the rich organic line and form that Stella here masterfully achieves.

The name of the series comes from the Swan Engraving Company in Connecticut where Stella had shapes cut for his previous seri4es. The scraps of these shapes, as well as templates for doily patterns which Swan Engravings Company produced were incorporated into the series, creating intricate graphic patterns. The prints were made by collaging the scraps and templates together on a plywood backing, then inking them and printing, producing intaglio and relief prints.  Such a method of assembling the plate from various components was used here for the first time by Stella, exemplifying the constant innovation in his work from series to series.

Created in 1982, Frank Stella Swan Engraving Square III is an etching on white TGL handmade paper. This work is hand-signed and dated by Frank Stella (Massachusetts,1936 - ) in pencil in the lower left of center. Inscribed ‘A.P’ (Artist Proof), one of 8 artist proofs; aside from the numbered edition of 20.

Frank Stella Swan Engraving Square III, 1982 is fully documented and referenced in the below catalogue raisonnés and texts (copies will be enclosed as added documentation with the invoices that will accompany the sale of the work).