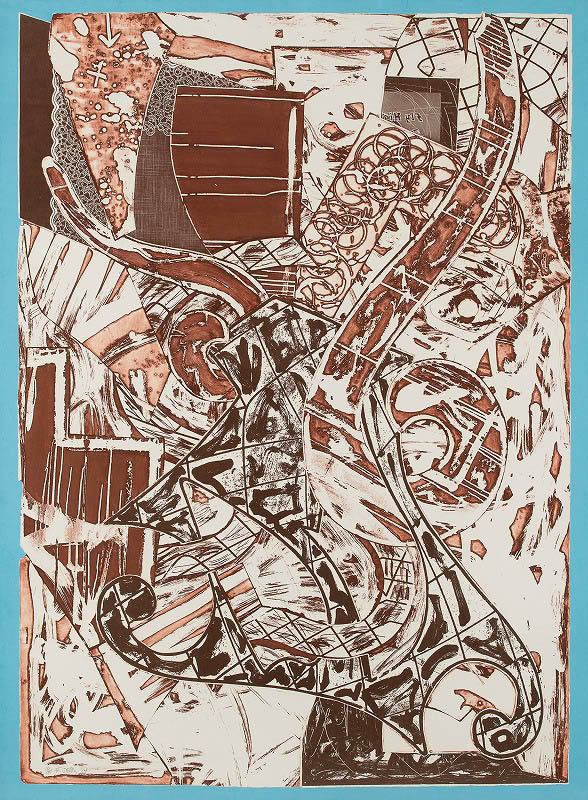 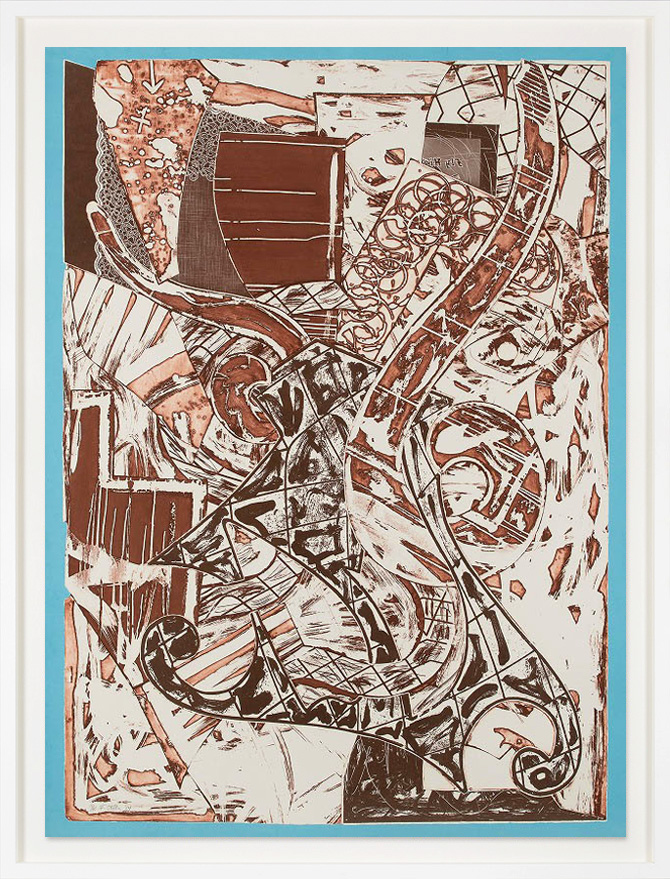 Frank Stella Swan Engraving Framed II, 1984, guides the viewer into a world of mystery that tempts one to touch and feel the surface of this beautifully made piece. Simply mesmerizing is the sheer magnitude of this work. It breathes strength in fortitude and grace in every area of the surface. Bordered by a thin blue line, the dark and dusty brown shades immediately pop upon first view. No matter where you look, all the irregular shapes and sizes shatter and re-shatter over and over again. The patterns swirl around each other, pulling us inwards, as the smaller fragmented pieces gape out at us. Stella’s placing of these shapes is lively, expressive, and wholly distinct. The swirls and sharp edges are almost witty—as Stella was consciously aware about his printmaking method.

As part of the Swan Engravings series, Stella incorporated multiple elements that were strikingly new. They included metal scraps, etched magnesium fragments, and templates of lacelike patterns from plastic table cloths. By working with these elements, Stella’s approach was collaged and assembled. His method and working is active and robust, where we can see in the various surface levels of relief. From the printmaking process itself to the final realization, this piece is highly distinct in every aspect. It is a work that showcases Stella’s ability to collage and assemble using found objects in which he was cognizant about.

Catalogue Raisonné & COA:
Frank Stella Swan Engraving Framed II, 1984 is fully documented and referenced in the below catalogue raisonnés and texts (copies will be enclosed as added documentation with the invoices that will accompany the sale of the work).