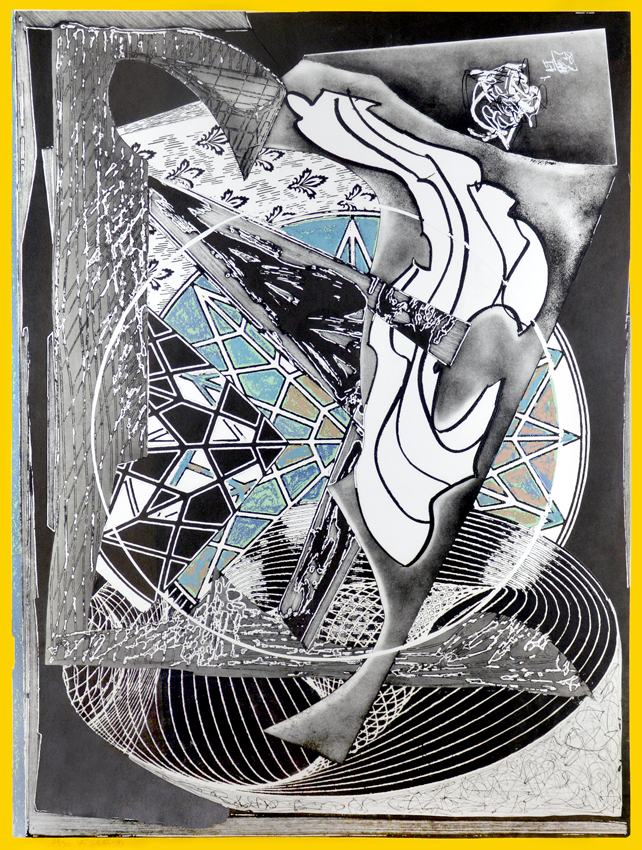 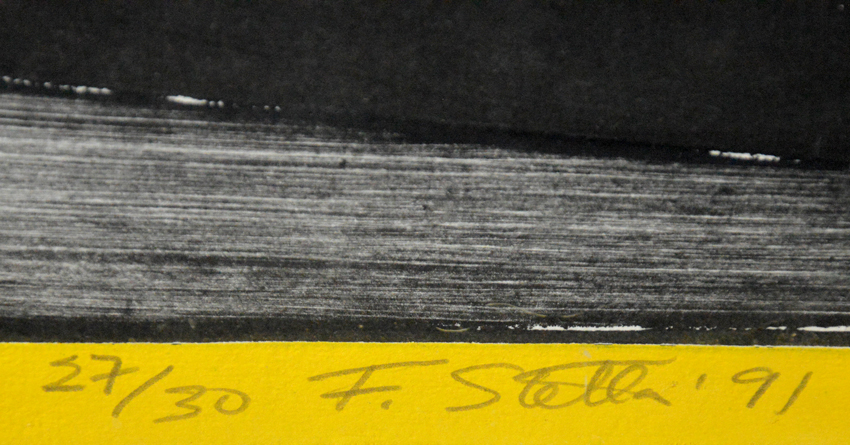 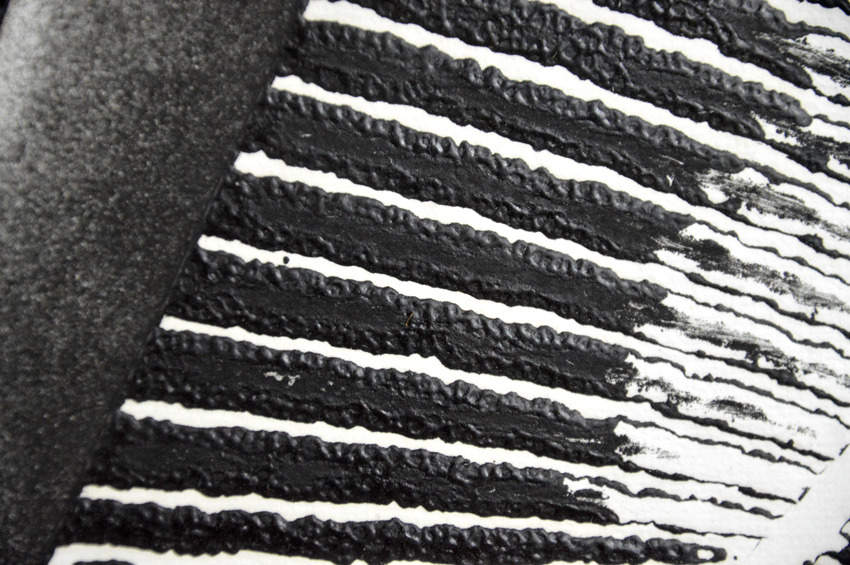 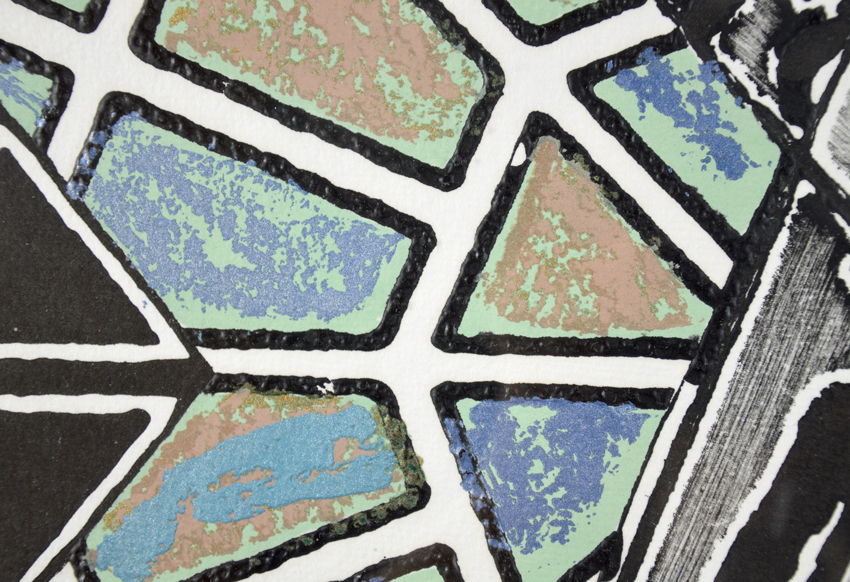 Frank Stella Jonah Historically Regarded from Moby Dick Engravings, 1991 is from a series of works which take their titles from Herman Melville’s novel Moby Dick. Each of the works from this series captures the drama of the novel through an abstract canvas. His print-making has always explored three-dimensionality, often blurring the line between sculpture and printmaking. This experimental approach ultimately developed the ‘dome’ shapes in several of the prints in the Moby Dick Series.

In this scene a great white whale rises from the water to attack Captain Ahab. Surrounding the whale, giant waves curl and turn- represented by the lines and curves on the canvas. Stella also imbues the work with his geometric abstraction style, enabling the story to come to life in a distinct way. A dotted background lays the foundation to this image. Above it are several shapes and patterns layered on top of one another. Most notable are the mosaic patterns in blue, black and white placed in a circular shape. Wave-like patterns also reappear frequently, a nod to the nautical theme in Moby Dick. This work is intentionally large-scale, enveloping the viewer in its action.
Ultimately, this image brings three different references into one scene: the biblical story of Jonah, the nautical revenge story and artistic storytelling.

ABOUT THE FRAMING:
Framed to museum-grade conservation standards, Frank Stella Jonah Historically Regarded from Moby Dick Engravings, 1991 is presented in a complementary moulding with silk mats and optical-grade Plexiglas.