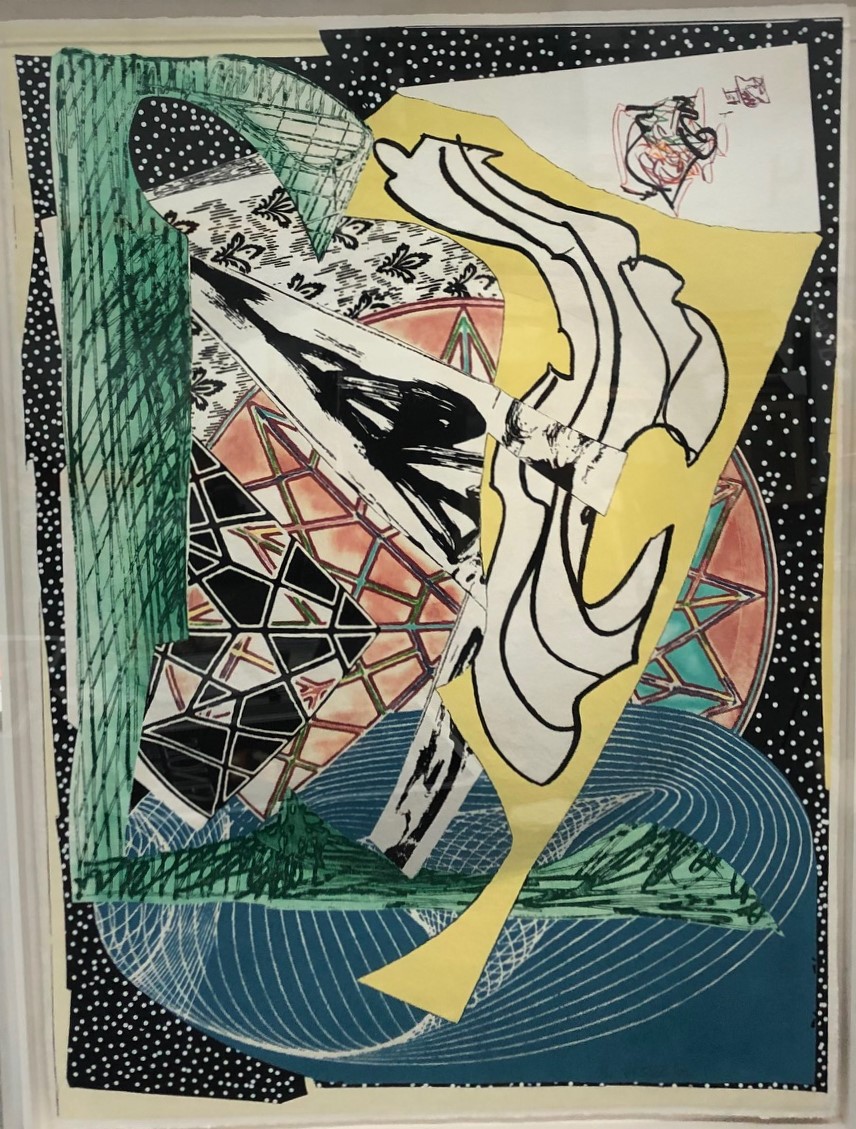 Frank Stella, Jonah Historically Regarded (Dome), 1992 is a magnificent work showcasing the artist’s skill in print-making. Stella began to experiment with the shape of his canvases and prints in the late 1950s. He played with three-dimensionality in print-making, adding dome shapes to his flat prints in his Moby Dick series. This piece is eye-catching, with the patterns and shapes protruding out of the two-dimensional space and into the space of the viewer. The unusual dome shape is not the only captivating aspect of this print, however. Stella is known for his use of bright colors and collage-like compositions of multiple patterns. Jonah Historically Regarded (Dome), 1992 is an explosion of colors and shapes, bouncing the eye all over the print. Yellows and greens emerge from a darker blue and black background, with tiny polka dots speckled around the edges, almost like twinkling stars. Delicate lines clash with bold triangles and diamonds and create a chaos contained within the composition. This work is truly an example of Stella’s genius in print-making and his experimentation with three-dimensionality.

Frank Stella, Jonah Historically Regarded (Dome), 1992 , is fully documented and referenced in the below catalogue raisonnés and texts (copies will be enclosed as added documentation with the invoices that will accompany the sale of the work).