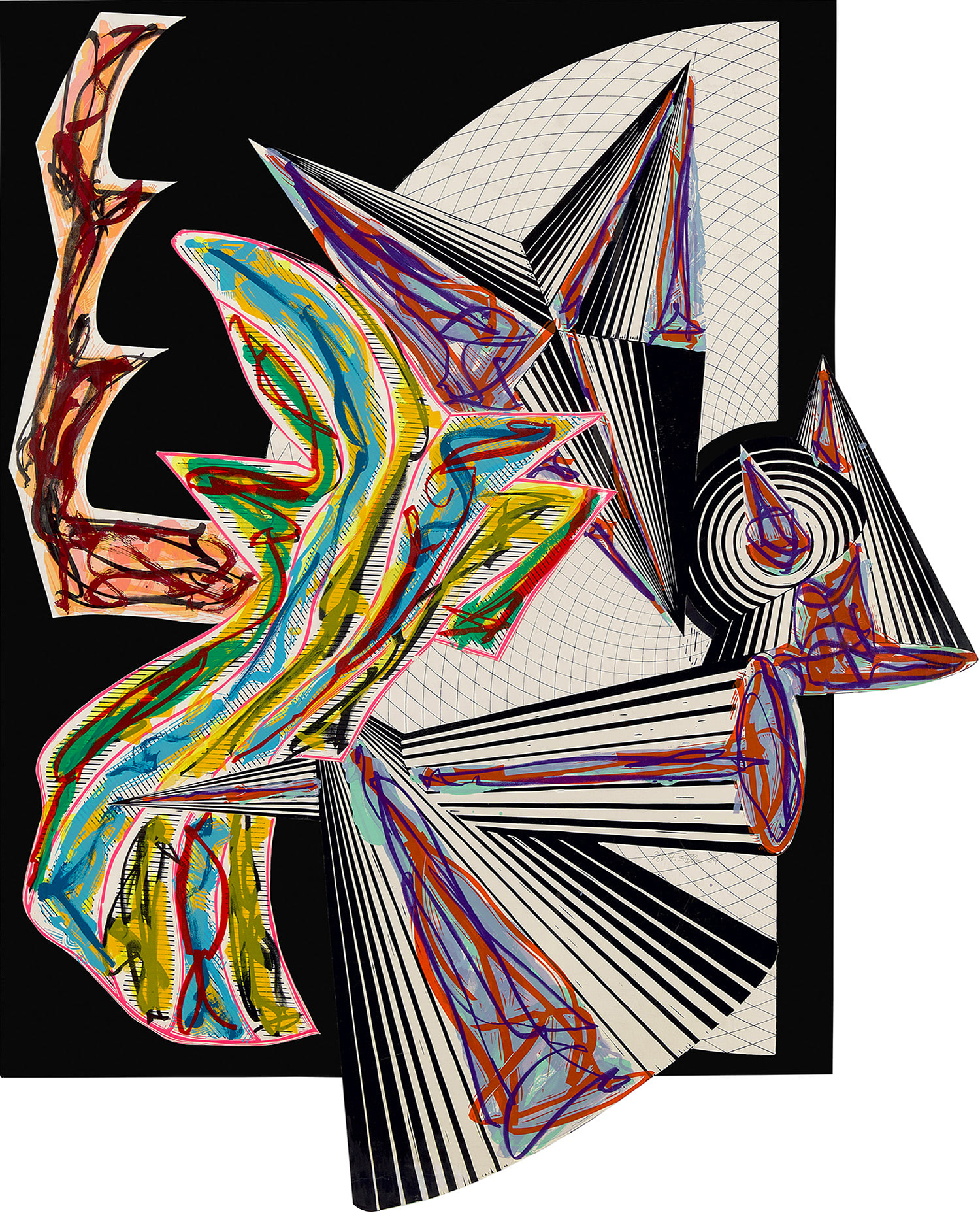 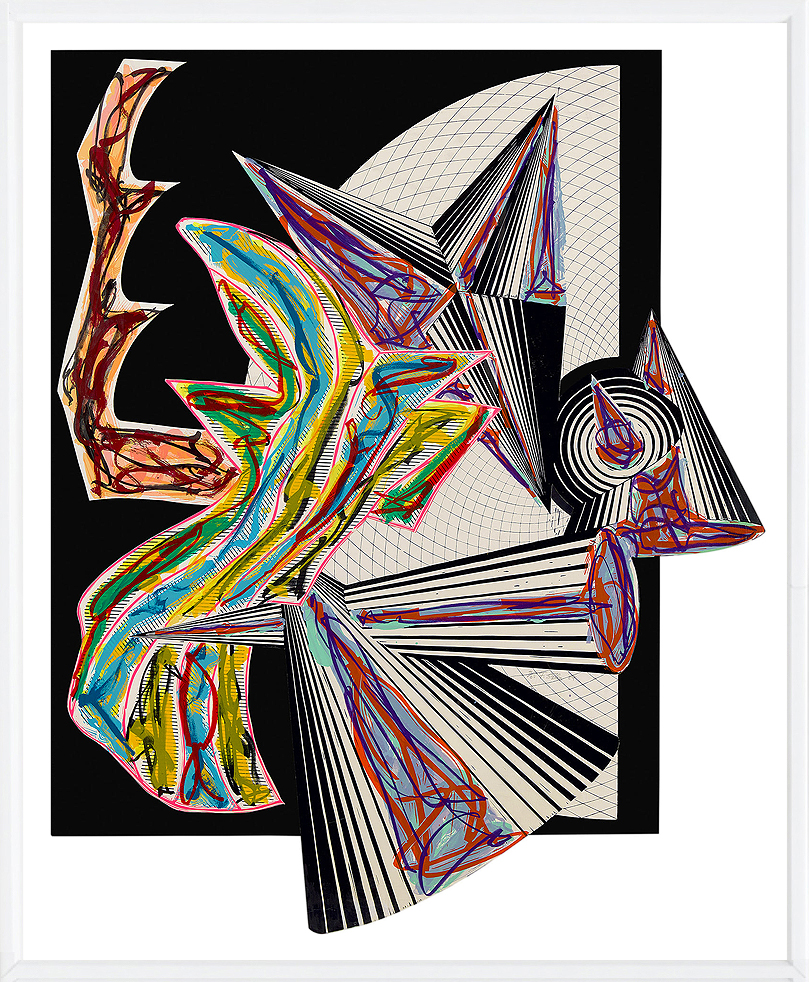 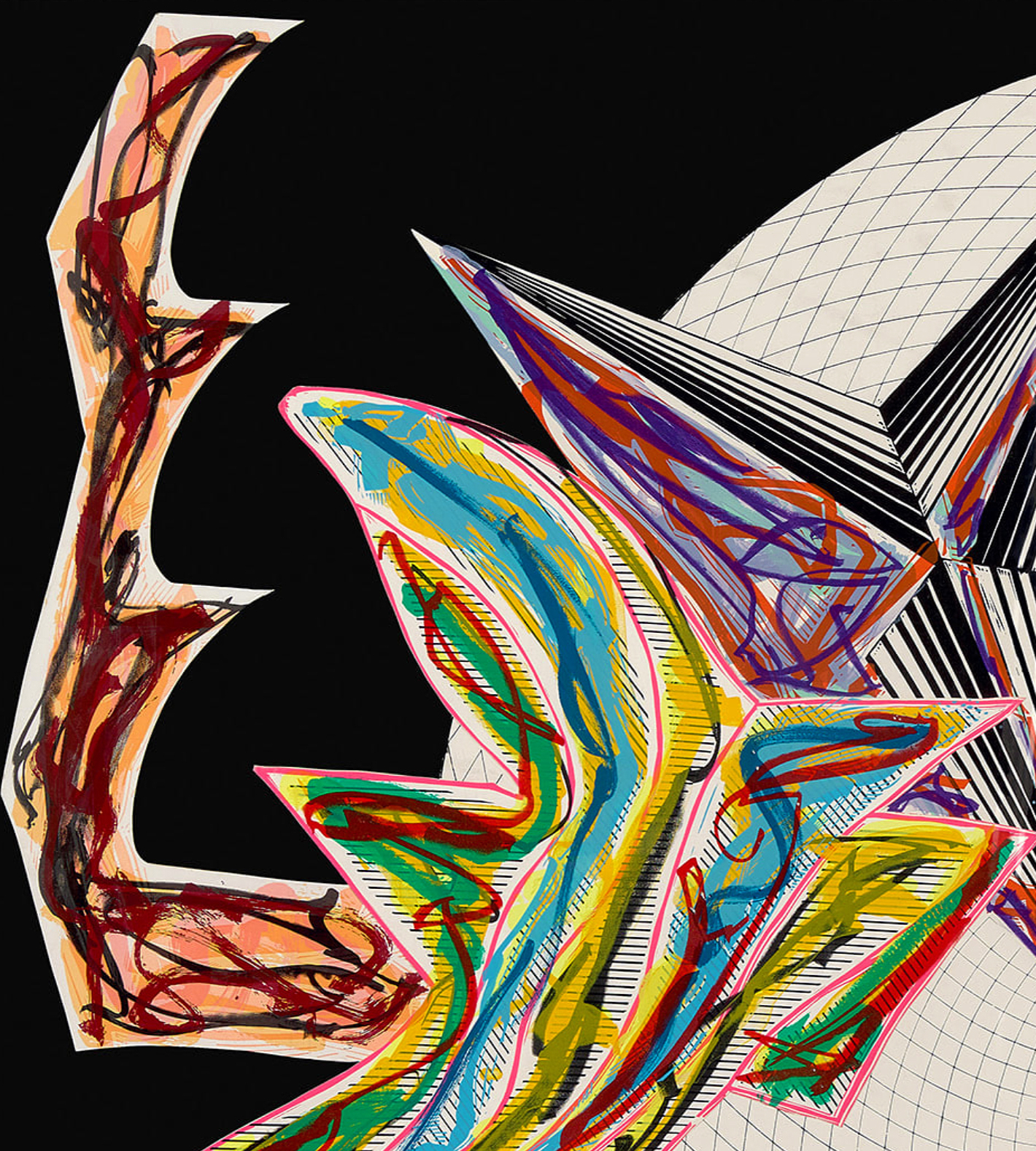 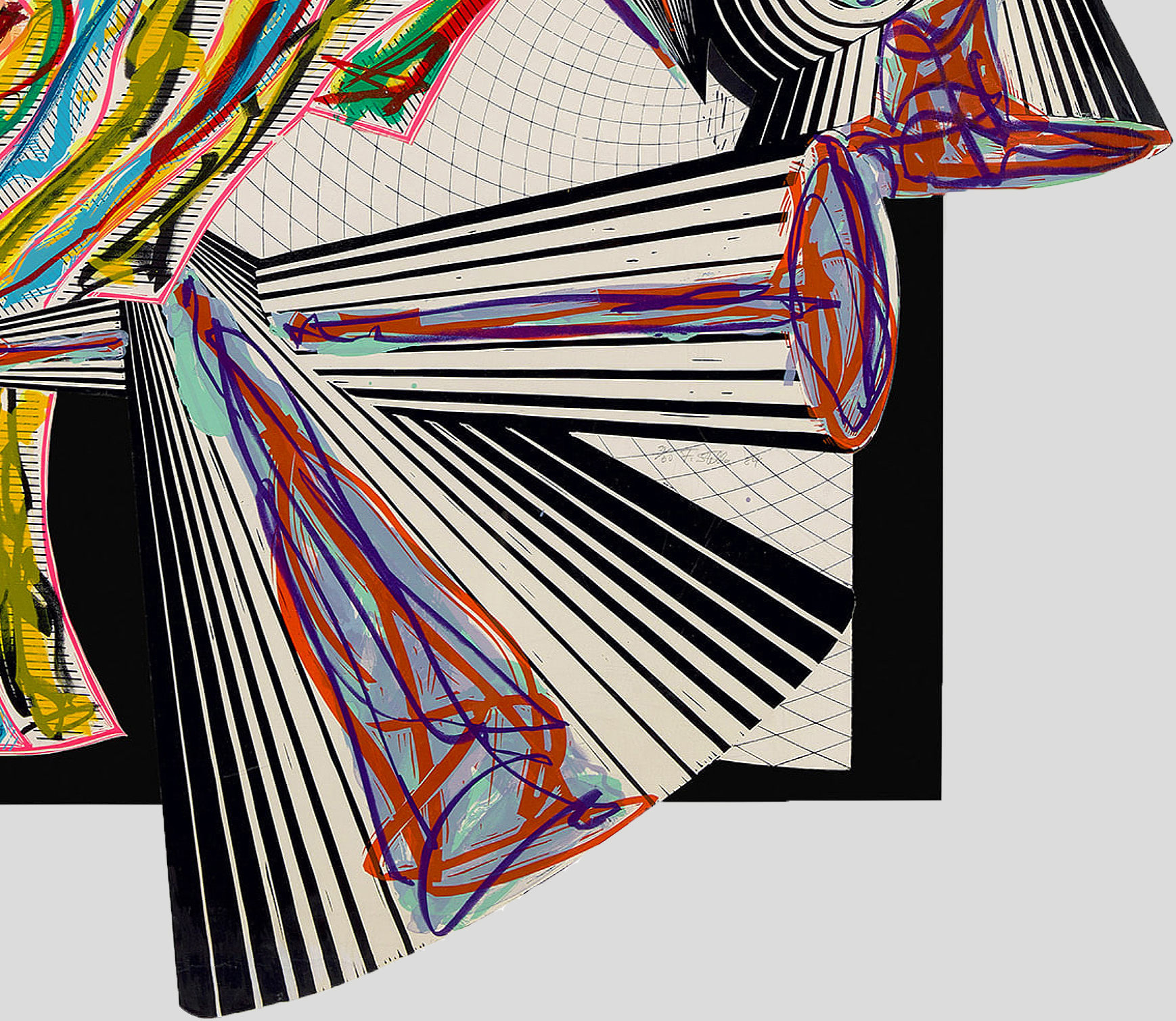 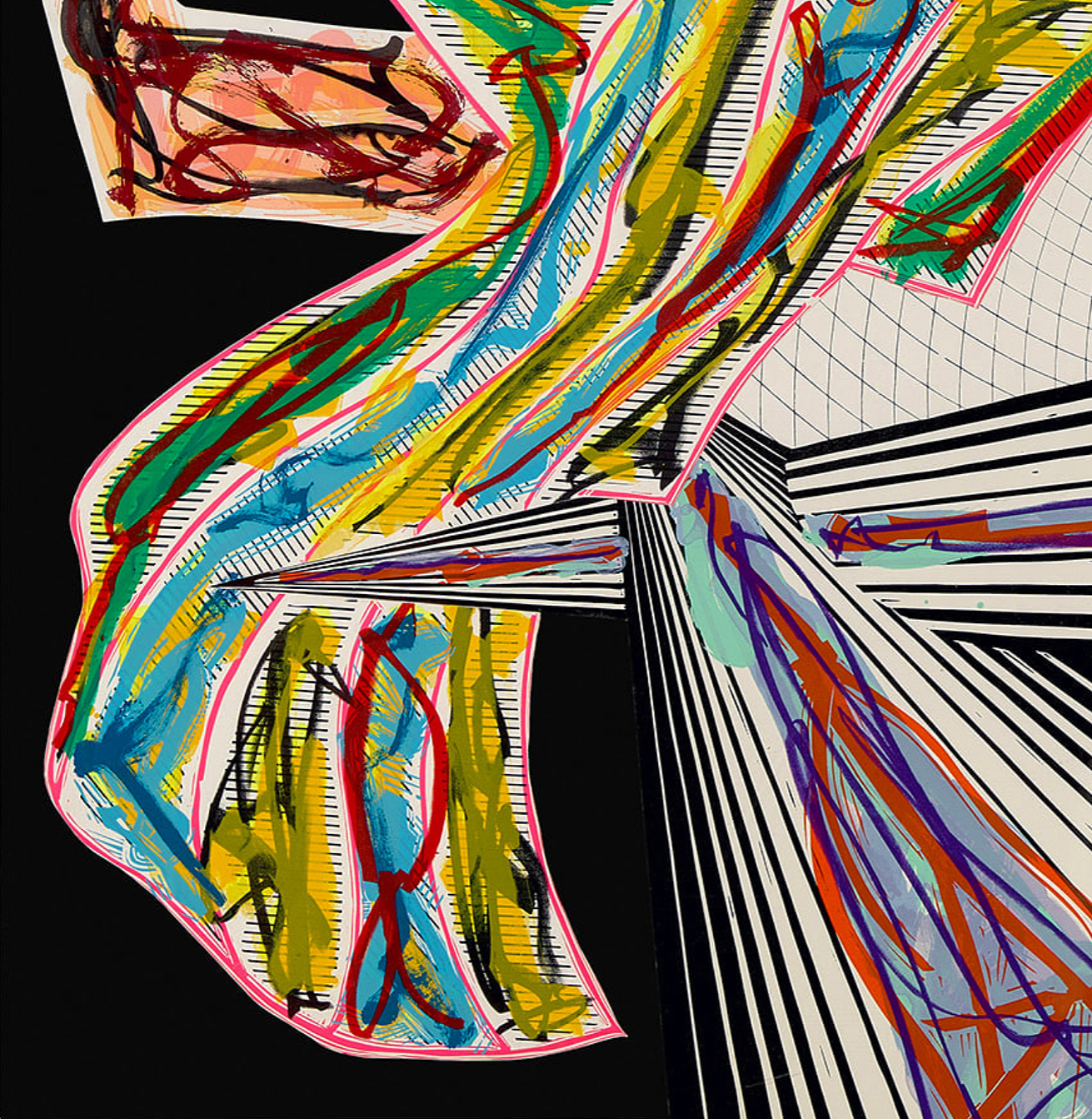 Frank Stella Then Came Death and Took the Butcher, 1984 is the tenth installment in the artist’s Illustrations After El Lissitsky’s Had Gadya Series. This work recalls the post-painterly abstraction known to have influenced Stella with added elements that reflect collage and cut-out effects. Inspired after seeing an exhibition in 1919 by the Russian avant-garde artist El Lissitzky who had created a series of gouaches illustrating the traditional Jewish Passover song, Had Gadya (The Only Kid), Stella created this series. This work is composed of mostly black and white forms that mimic the artist’s Cones and Pillars paintings. Two of these shapes extend beyond the confines of the straight edges of the right and bottom sides of the composition, showcasing the artist’s innovation and restructuring traditional artmaking. Chromatic marks with a hand-drawn quality are placed over the abstract shapes which create movement throughout the work.

Catalogue Raisonné & COA:
Frank Stella The Symphony, 1990 is fully documented and referenced in the below catalogue raisonnés and texts (copies will be enclosed as added documentation with the invoices that will accompany the sale of the work).

1. Axsom, Richard. The Prints of Frank Stella: A Catalogue Raisonné 1967–1984. Hudson Hills Press: New York, 1983. Listed and illustrated as catalogue raisonné no. 179 on pg. 278.
2. A Certificate of Authenticity will accompany this artwork.

About the Framing:
Framed to museum-grade, conservation standards, Frank Stella Then Came a Dog and Bit the Cat, from Illustrations after El Lissitzky’s Had Gadya, 1984 is presented in a complementary moulding and finished with silk-wrapped mats and optical grade Plexiglas.