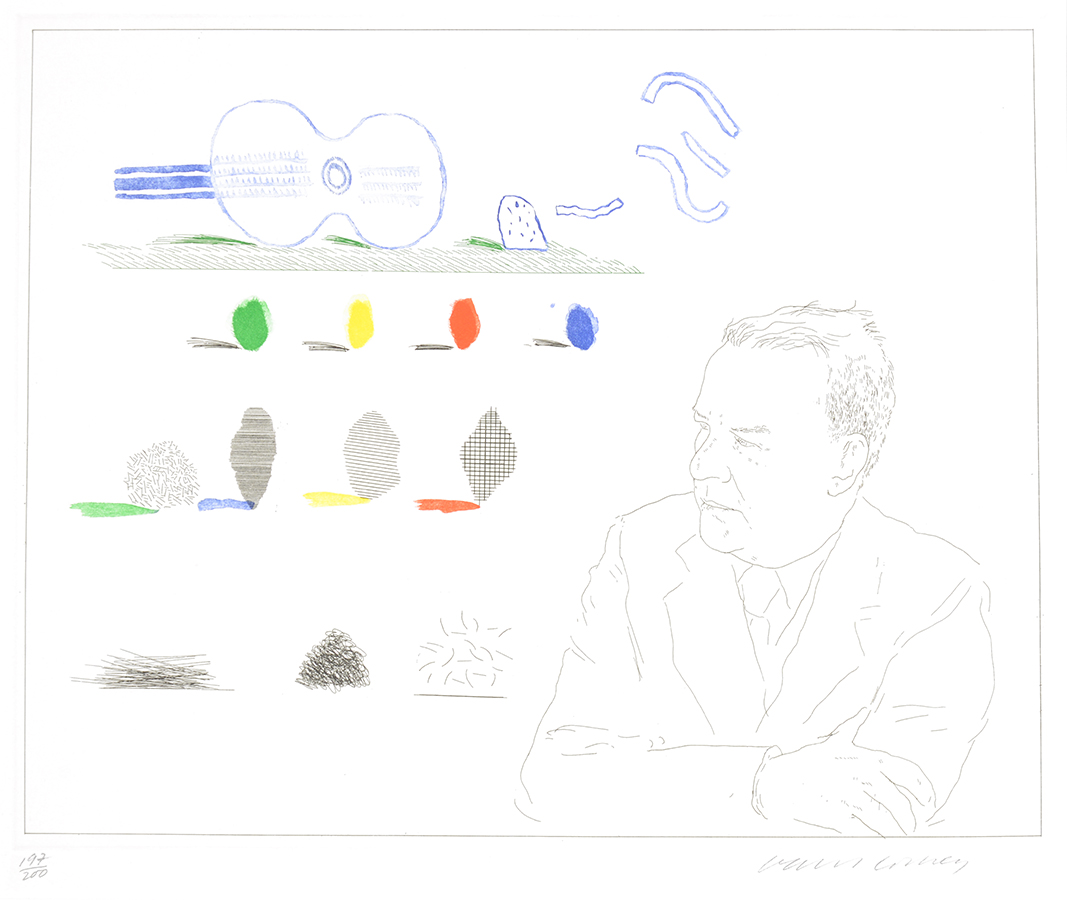 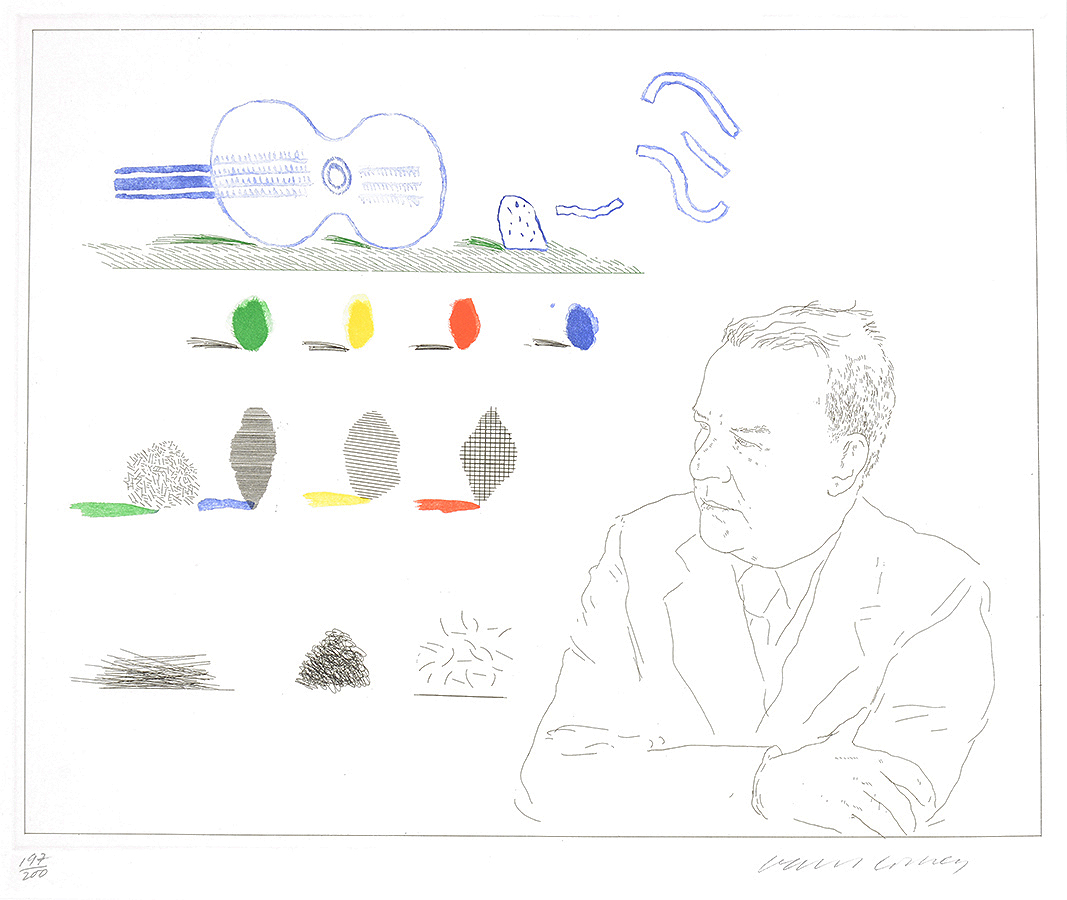 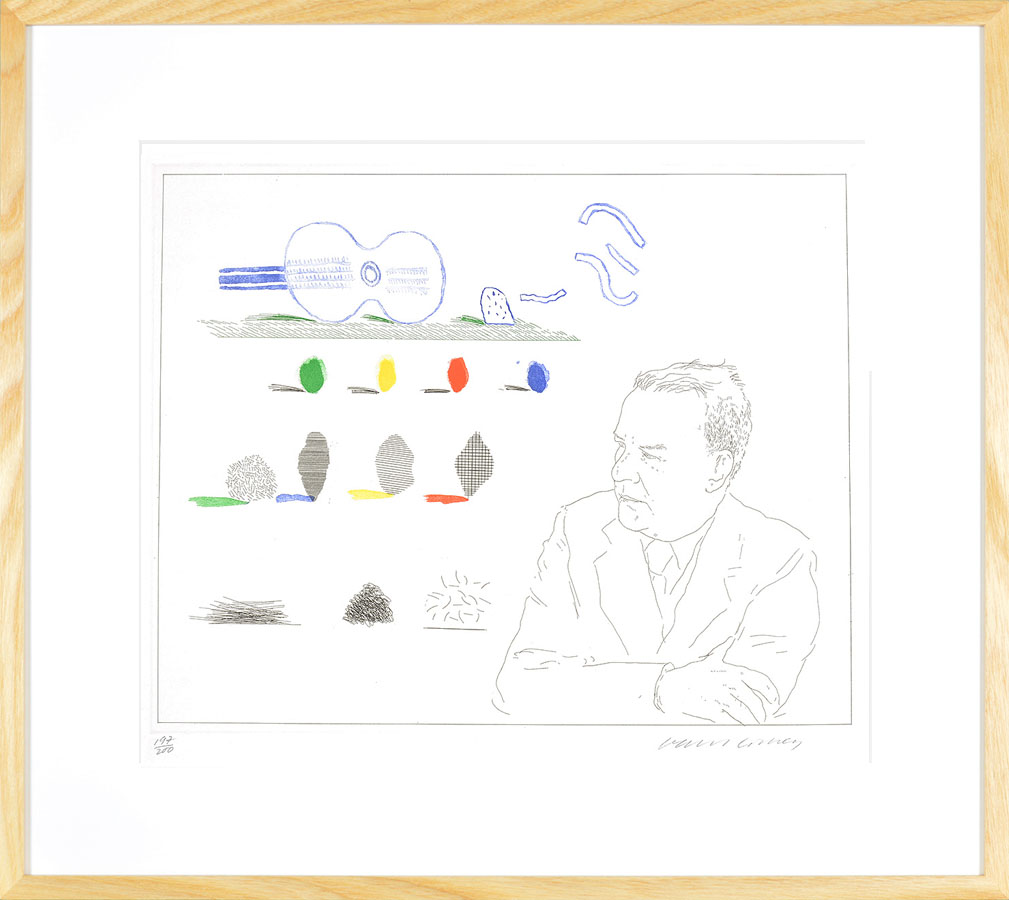 David Hockney The Poet, 13, from The Blue Guitar, 1976-1977 depicts the deftly outlined portrait of the poet Wallace Stevens, whose poem inspired Hockney to create the Blue Guitar etching series. The contemplative figure of Stevens is turned to the left, where a series of objects spreads in neat rows. At the top is resting the eponymous blue guitar, its silhouette instantly evocative of Picasso’s Old Guitarist. Below that sit four spots of bright color, followed by a row of energetic and varying types of line shading. The last row is a collection of playfully arranged marks. The figure of Stevens and the rightmost edges of the objects next to him form a visual diagonal, separating the composition into the thoughtful poet on the right and the exuberant and inspirational forms to his right.

The work thus becomes a kind of two-side view of the poet, one his actual physical form, and one a glimpse into his mind, particularly the inner workings that led him to write The Man with the Blue Guitar, in turn inspiring Hockney’s work.

Catalogue Raisonné & COA:
David Hockney The Poet, 13, from The Blue Guitar, 1976-1977 is fully documented and referenced in the below catalogue raisonnés and texts (copies will be enclosed as added documentation with the invoices that will accompany the sale of the work).

About the Framing:
Framed to museum-grade, conservation standards, David Hockney The Poet, 13, from The Blue Guitar, 1976-1977 is presented in a complementary moulding and finished with silk-wrapped mats and optical grade Plexiglas.