There are no Barthel Beham catalogue raisonnés listed yet. 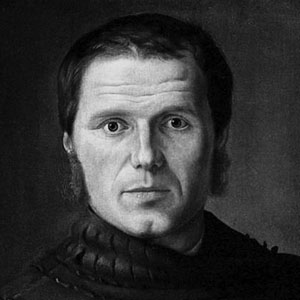 Painter, engraver, etcher and possibly designer of woodcuts, Barthel Beham was the brother of Sebald Beham. He is best known for his painted portraits and for his superb small engravings of Classical themes. The year of his birth is verified in a portrait of 1531 by Ludwig Neufahrer (d 1563), which gives Barthel's age as 29. His early works (c. 1520) are engravings obviously influenced in choice of subject, composition and graphic means by Albrecht Dürer and by his brother Sebald, both of whom are considered to have been his teachers. Barthel's interest in antiquity, as transmitted through the engravings of Marcantonio Raimondi, is evident as early as 1524 in subjects that are Classically inspired and erotic (e.g. Cimon and Pero, B. 11; Cleopatra, B. 12) and in figures that, though still in Dürer’s manner, are fuller in form. Barthel’s representations of peasants (1524; B. 46, 47) continued the tradition of small engravings featuring one or two peasants begun by Dürer around 1497 (B. 89–90) and continued by Sebald Beham (B. 191–5). If Röttinger’s attribution to Barthel of a dozen or so woodcuts (Geisberg, nos 251–62) is correct (Stewart, 1993, favours Sebald), then it would seem that in the 1530s the brothers developed this theme into large woodcuts depicting rural festivals, with many peasants celebrating together. These works are uncharacteristically clumsy, perhaps due to lack of skill on the woodcutters' part. Altogether Barthel created 92 engravings and etchings, the subjects and styles of which often coincide wth Sebald’s, and indeed vice versa, for his elder but longer-lived brother often used Barthel’s designs as models in later years. The intaglio prints are small and finely engraved, but only a few bear his monogram. As with Sebald, the form of this changed from an early BP, reflecting Nuremberg dialect, to BB from 1531.

Most famous for his painted portraits, Barthel Beham was also known for his intricate and sublime engravings of Classical themes. Drawing on antiquity and also daily life, Beham's works are full of life.

Have one to sell? Sell Barthel Beham fine art with us

Sell your Barthel Beham fine art with us. We offer free evaluations.