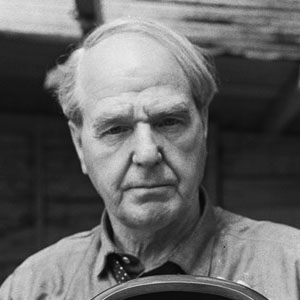 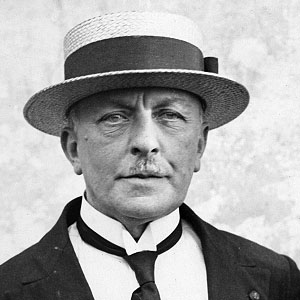 Best known as one of the most talented and influential figurative sculptors, Auguste Rodin was also a talented etcher, and created several drawings and paintings as well. Similar to his emotive sculptures, Rodin's works carry expressive body language.

Have one to sell? Sell Auguste Rodin fine art with us

Sell Auguste Rodin artwork with us. We will research its value and popularity for you.

French sculptor, born in Paris; died in Meudon. Auguste Rodin was educated at Beauvais, 1851-4, and then at the Petite Ecole in Paris, 1854-7, a fellow student of Dalou: he was taught by Lecoq de Boisbaudran. He also studied at the Louvre and the College de France. In 1857/8, working on decorative carvings for a living, he started making sculpture in his spare time. He failed the entrance examination to the Ecole des Beaux-Arts.

In 1862/3 he underwent a religious crisis following his sister's death: he entered the Order of the Holy Sacrament for a brief period. In 1864 his first entry to the Salon (Man with the Broken Nose) was rejected. He worked as an assistant to Belleuse. At around this time he first met Rose Beuret, his lifelong mistress and, eventually, wife. He served in the National Guard during the Franco-Prussian War, 1870-1.

In the early 1870s he continued working on ornamental carvings in Paris, Brussels, Antwerp, Nice and Marseilles. From 1875 to 1876 he visited Italy and was impressed by Renaissance sculpture, particularly that of Michelangelo. From this point on he devoted more time to his sculpture. In 1877 his Age of Bronze was exhibited in Brussels and Paris: in 1880 it was purchased by the State. In 1880 he was commissioned to make an ornamental doorway for the Musee des Arts Decoratifs, Paris (the Gates of Hell), and later allocated studios in Paris to work on it. In 1882 he met Camille Claudel, who studied with him and modeled for him, as well as becoming his mistress. He received an increasing number of portrait commissions. He made frequent visits to London, and often exhibited there.

In 1884 he was commissioned to do The Burghers of Calais (originally the commission was for a single figure). It was first erected in Calais in 1895, and moved to its present site there in 1924. The cast in Parliament Square, London, was erected in 1913. He illustrated Baudelaire's Fleurs du Mal, 1886-8. In 1887 the State commissioned a large marble of The Kiss (copy in the Tate Gallery, London).

In 1888 he was appointed Chevalier de la Ugion d' Honneur. He held a successful joint exhibition with Monet at the Georges Petit Gallery, Paris, in 1889. The State also commissioned the Monument to Victor Hugo (bronze, now on the Ave. Victor Hugo, Paris). In 1891 he was given a State commission for the Monument to Balzac. In 1893 he moved to Bellevue, Meudon, and bought a villa there in 1895. When he exhibited the plaster Balzac in 1898-9, it was criticized and refused by the committee. The bronze version is now on the Boulevard Raspail, Paris. In 1899 he separated from Camille Claudel.

In 1900/1 he organized a highly successful large retrospective exhibition of his own work at the Place de l'Alma, Paris, to coincide with the Exposition Universelle.

In 1902 his correspondence with Rilke began. From 1902 he received a succession of public honours in England: John the Baptist was bought by public subscription in 1902 (Victoria and Albert Museum); he was made President of the Society of Sculptors and Painters in 1903; he was given honorary degrees from Glasgow (1906) and Oxford (1907).

In 1905 he formed an association with the American Duchesse de Choiseul, which lasted until 1910. In 1908 he rented the Hotel Biron, Paris, to work in. In 1910 he was appointed Grand Officier de la Legion d' Honneur. He was in England at the outbreak of war, and then visited Rome. In 1916 he suffered a stroke. In that year he offered all of his work to the French government on condition that it remained in the Hotel Biron (by then State-owned) as a museum. This is now the Musee Rodin, the principal collection of his work. In January 1917 he married Rose Beuret, two weeks before her death. After contracting pneumonia, Rodin died himself on 17 November the same year.

Of the same generation as the Impressionists (he knew them and collected their work), Rodin was the only major sculptor of the late nineteenth century. Painting was becoming an increasingly small-scale and private activity and some sculptors (Daumier, Rosso, Degas, Gauguin) were moving the same way. Rodin attempted to meet the public scale of monumental sculpture in a modern idiom. He had a deep sense of tradition-both the Classical Renaissance of Italy and the French Gothic tradition (see his essay, Cathidrales de France, Paris, 1914). He also saw the study of nature as a criterion.

His long experience as a craftsman bred a thoroughly professional attitude to his work. Often condemned now as reactionary for the mechanical insensitivity of his marble works (made by an army of assistants and pupils from his small plaster maquettes), his modern reputation rests chiefly on the bravura of his modelling, his extraordinary use and re-use of images and part-images and the psychological realism of major works like The Burghers of Calais.

The string of incomplete commissions and dissatisfied patrons is evidence of his nonconformism and of the difficulty of his ambition. The Gates of Hell (Musie Rodin), still incomplete at his death, absorbed him during the 1880s and provided the genesis for many later works (The Kiss, Le Penseur, Three Shades, The Prodigal Son, etc.).

A lot of these compositions were improvised recompositions of the same or similar figures, or even of different parts of them--torsos, limbs, even hands -usually with very different titles. His use of partial images may have sprung from seeing fragmentary antiques or from the unfinished work of Michelangelo (whose double-finish he consciously imitated in the marbles), but it became for Rodin a uniquely uninhibited and dispassionate process of assemblage, using ready-made plaster parts which were then cast in bronze.

He dominated the field of portraiture from the 1880s on, and in general contemporary sculptors (including the young Brancusi) felt overshadowed by his reputation. His pupils included Bourdelle and Despiau.

His late drawings and small plasters had the masterly control and economy of all great 'late styles'. The drawings of Cambodian dancers (1906 and the small bronze Dance Movement series (1910/11) are vital, fluid and relentlessly inventive.