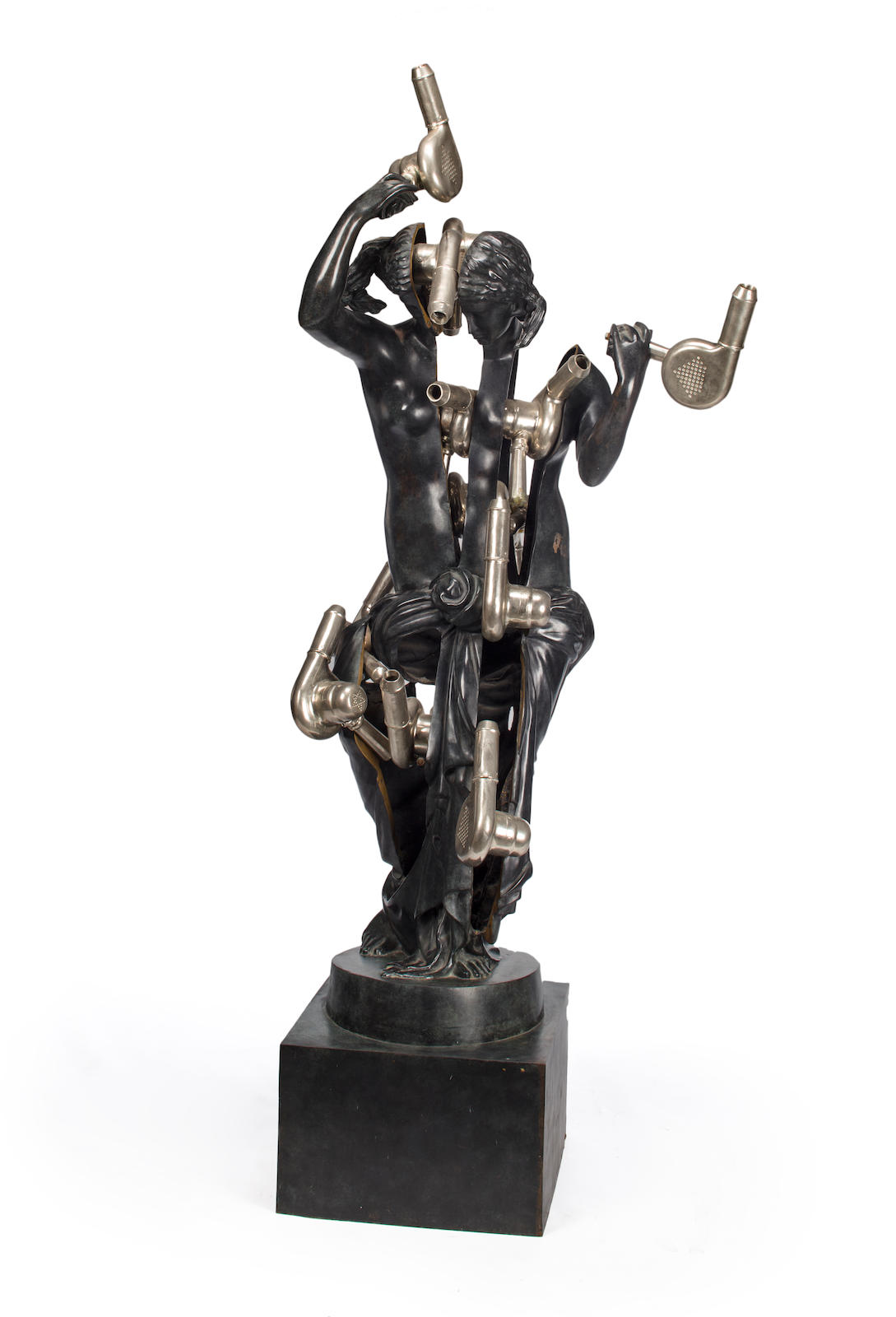 Arman Hair Spray, 1996 begins with the elements of a classical female form, sliced and reassembled into a three-dimensional collage of a new female form that radiates movement and dynamism. Within a scope of feminism, Arman’s mechanical rendering of the female form is both beguiling and sensual. Departing from reality, Arman’s deconstructive approach compel the viewer to examine this work in an abstract manner. Reminiscent of ancient Greek sculpture, the figure has a delicate, smooth face and a partially clad body draped in a cloth that hangs freely to the base of the piece. Lending a hand to femininity, the figure is topless allowing both breasts to be exposed. One foot is slightly raised, in the contrapposto pose that lends both a more dynamic and a more relaxed appearance to the figure. Multiple mini silver-colored hairdryers are lodged in the piece, including two in the figure’s hands. These devices combine with the fragmented figure illustrate the ravages of mass production and destruction, a common and desirable theme in Arman’s work.

Created in 1996, Arman Hair Spray, 1996  is a cast bronze sculpture. This work is incised with the signature of Fernandez Arman (Nice 1928 - New York City 2005) and numbered from the edition of 4 in Roman numerals on the base.

Arman Hair Spray, 1996 is fully documented and referenced in the below catalogue raisonné and texts (copies will be enclosed as added documentation with the invoices that will accompany the sale of the work).