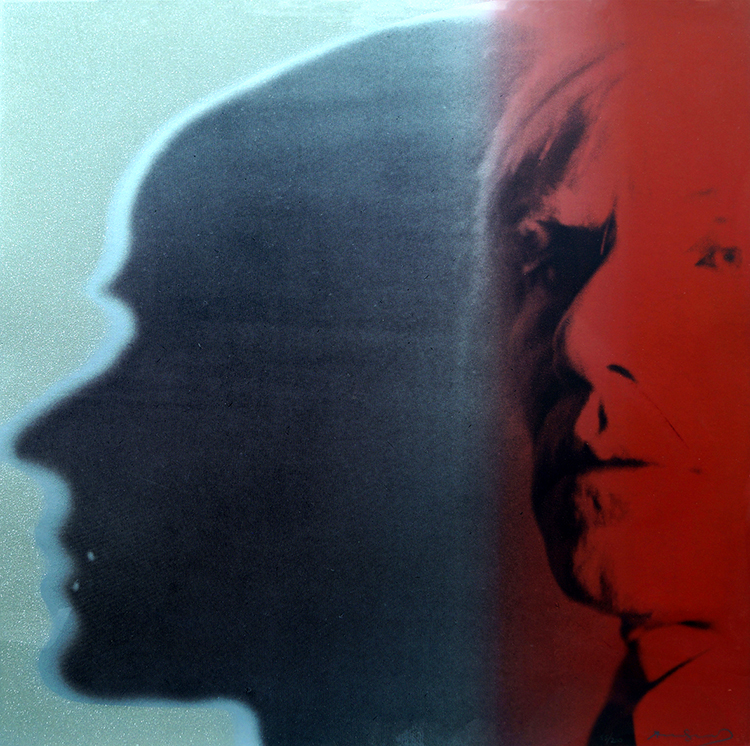 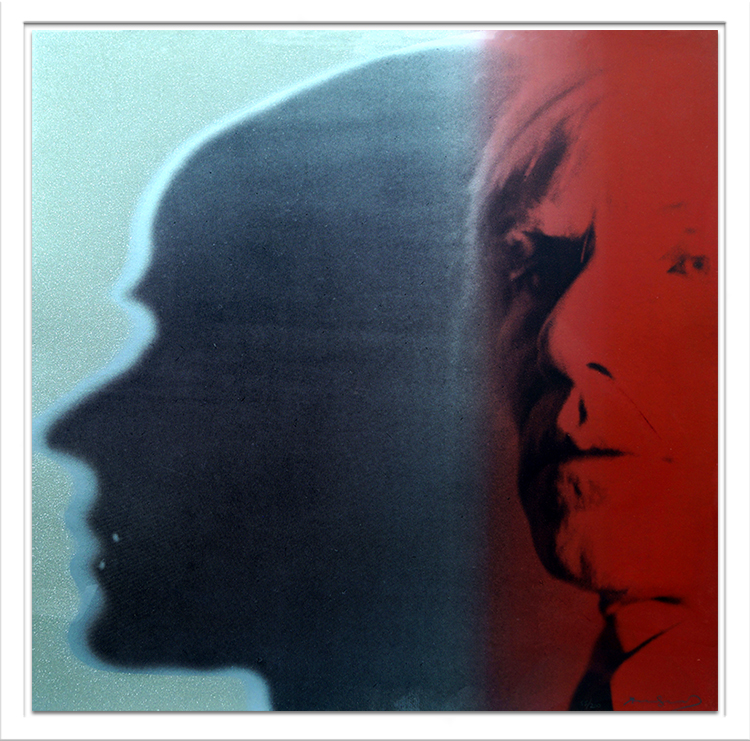 In 1981, Andy Warhol created his Myths Series, a series of screenprints all focusing on iconic figures in American film, history and culture. Uncle Sam, Superman, Santa Clause, and Mickey Mouse to name a few, were all featured by Warhol in this portfolio. For this screenprint, Warhol chooses to use his own self-portrait to portray the fictional crime-fighting hero ‘The Shadow,’ who was popular on the radio during Warhol’s childhood in the 1930s. This work also references Warhol’s earlier interest in shadows as a broader theme in the mid-1970s. Warhol experimented with the concept of shadows in a series of works, titled “Shadows,” created in 1978-1979, leading to Warhol’s later explorations with the subject.

Andy Warhol The Shadow, from the Myths Series, 1981 features the artist’s self-portrait. On the right side of the composition the viewer sees Warhol’s face, bathed in washes of deep red. The rest of the composition shows Warhol’s shadow in a contrasting cool blue. The light source comes in harshly from the right, which highlights the artist’s profile. The use of color-blocking further accentuates the difference between Warhol himself and his shadow. The placement of the artist’s face and the direction his shadow is facing gives the viewer a sense of a split self, or another persona.

Created in 1981, this screenprint with Diamond Dust on Lenox Museum Board is hand-signed by Andy Warhol in pencil in the lower right corner and numbered from the edition of 200 in pencil.

Catalogue Raisonné & COA:
Andy Warhol The Shadow, from the Myths Series, 1981 is fully documented and referenced in the below catalogue raisonnés and texts (copies will be enclosed as added documentation with the invoices that will accompany the sale of the work).

About the Framing:
Framed to museum-grade, conservation standards, Andy Warhol The Shadow, from the Myths Series, 1981 is presented in a complementary moulding and finished with silk-wrapped mats and optical grade Plexiglas.