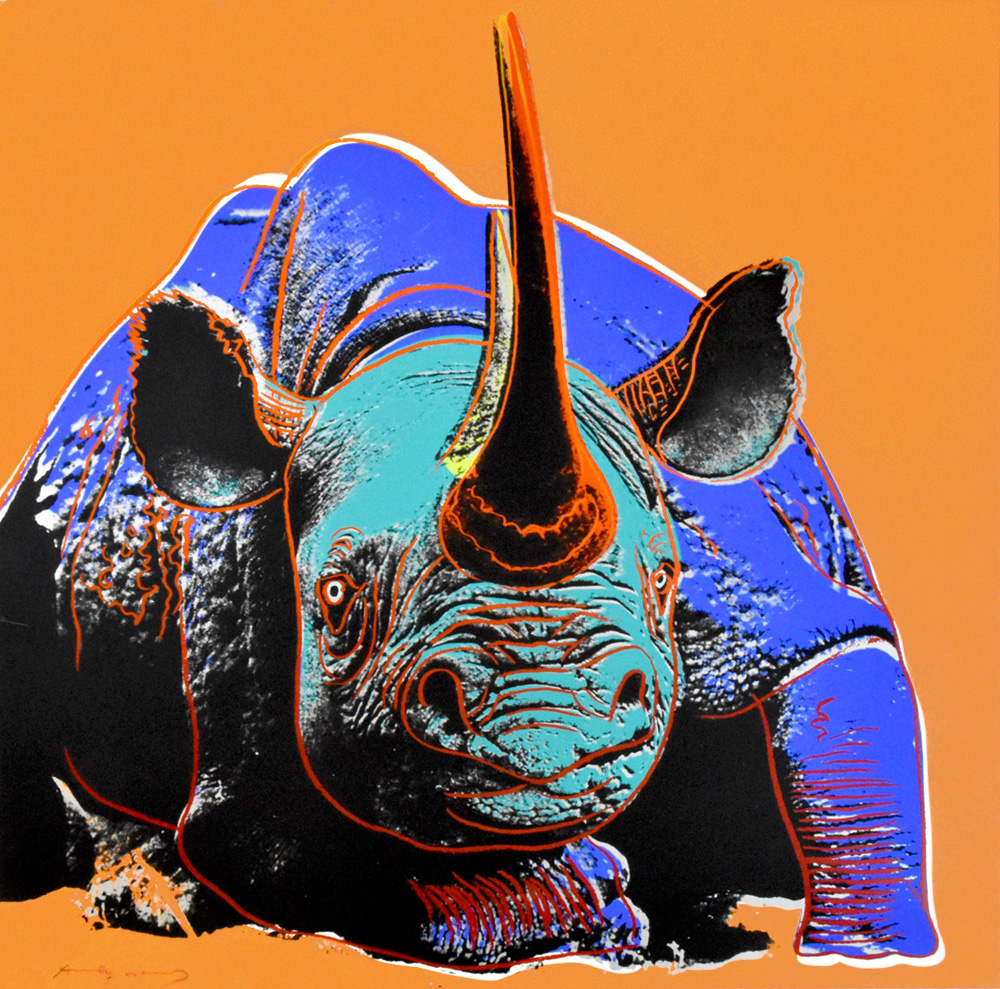 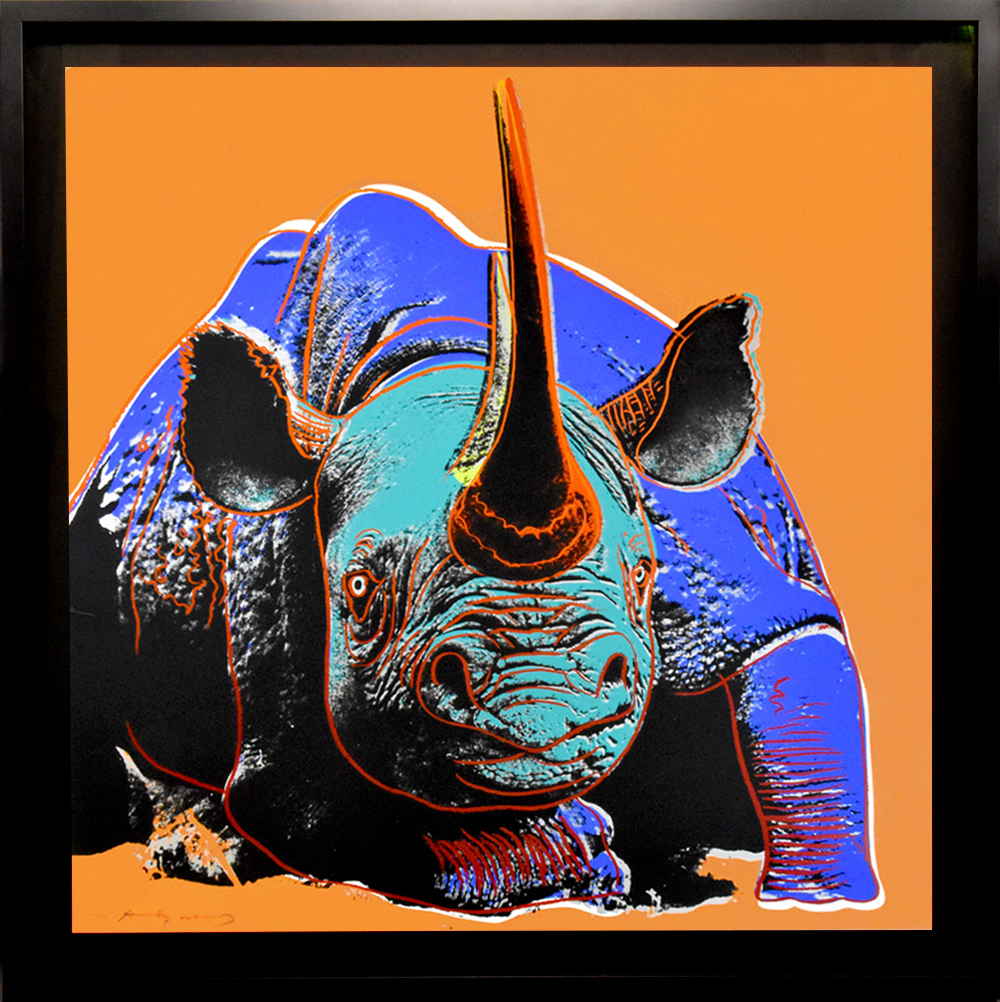 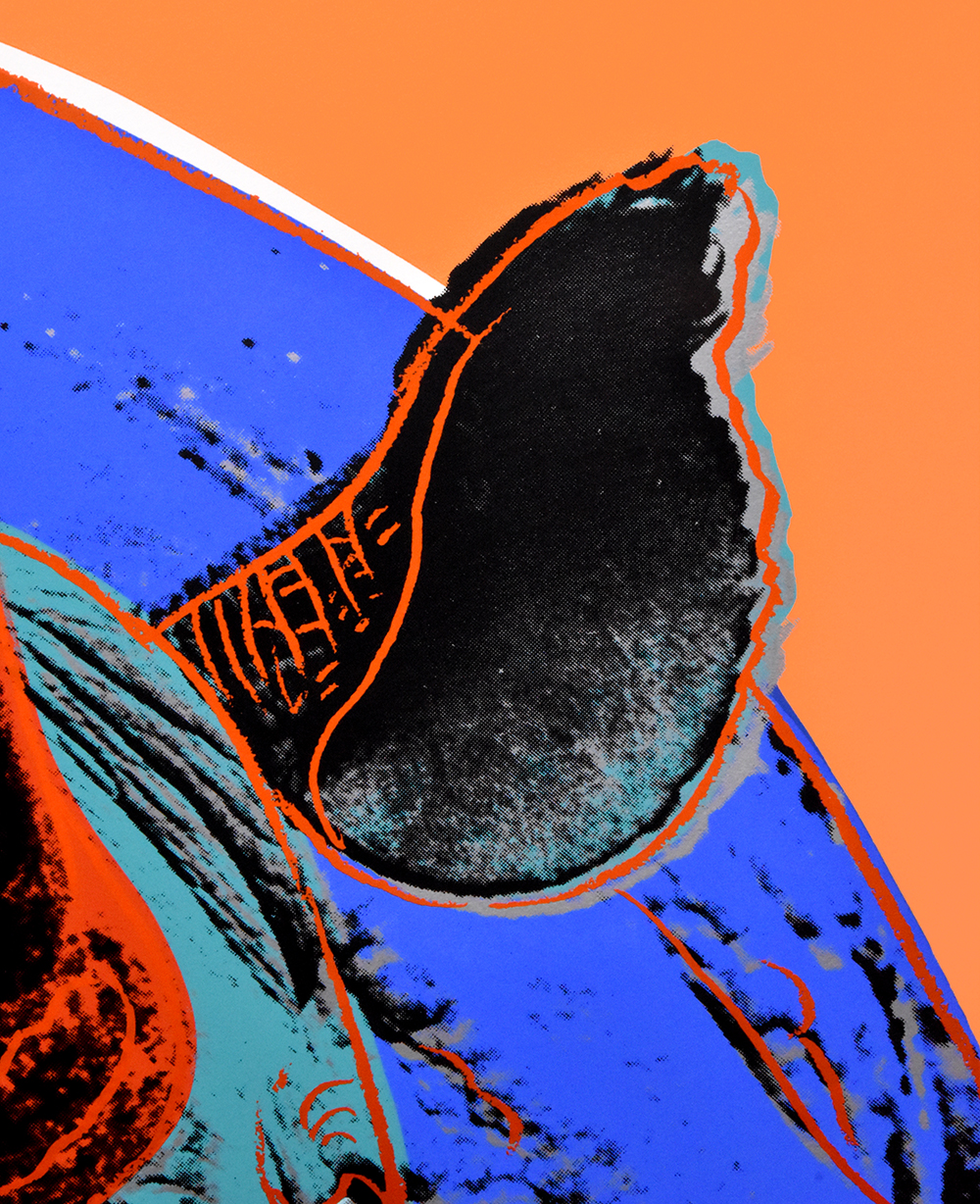 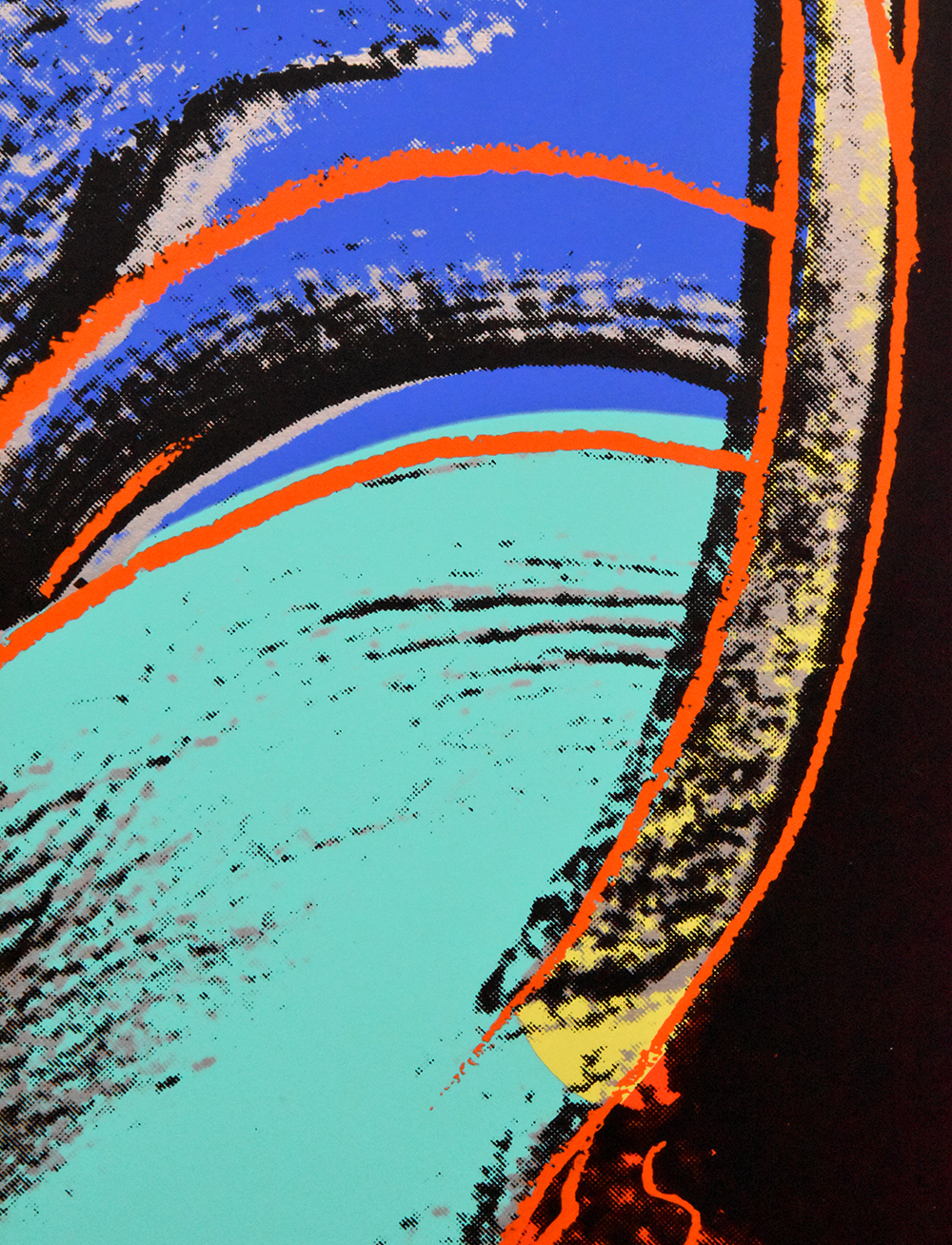 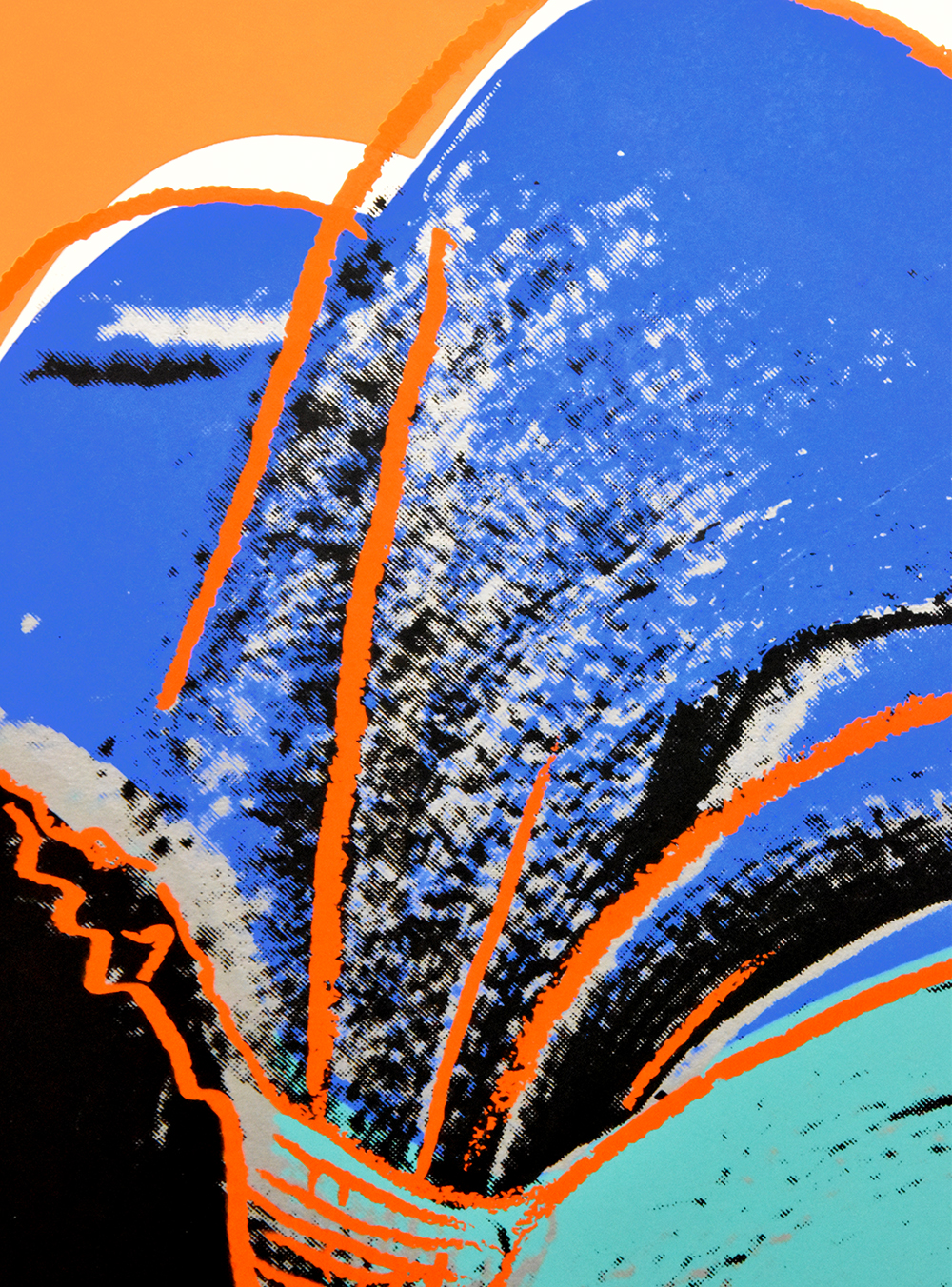 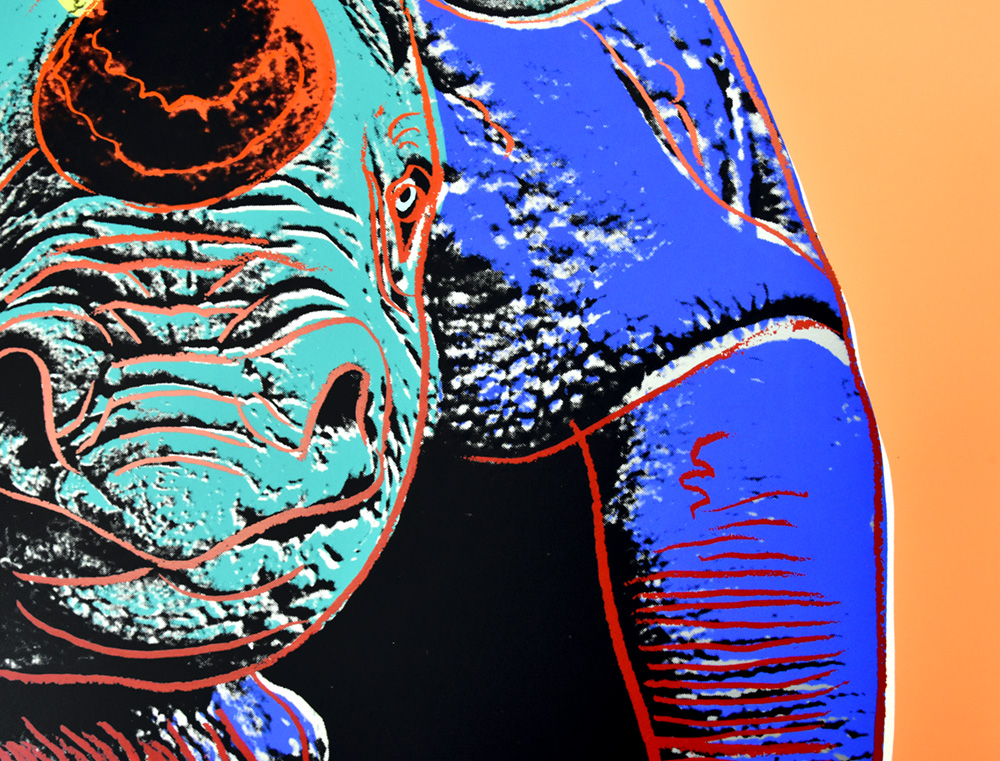 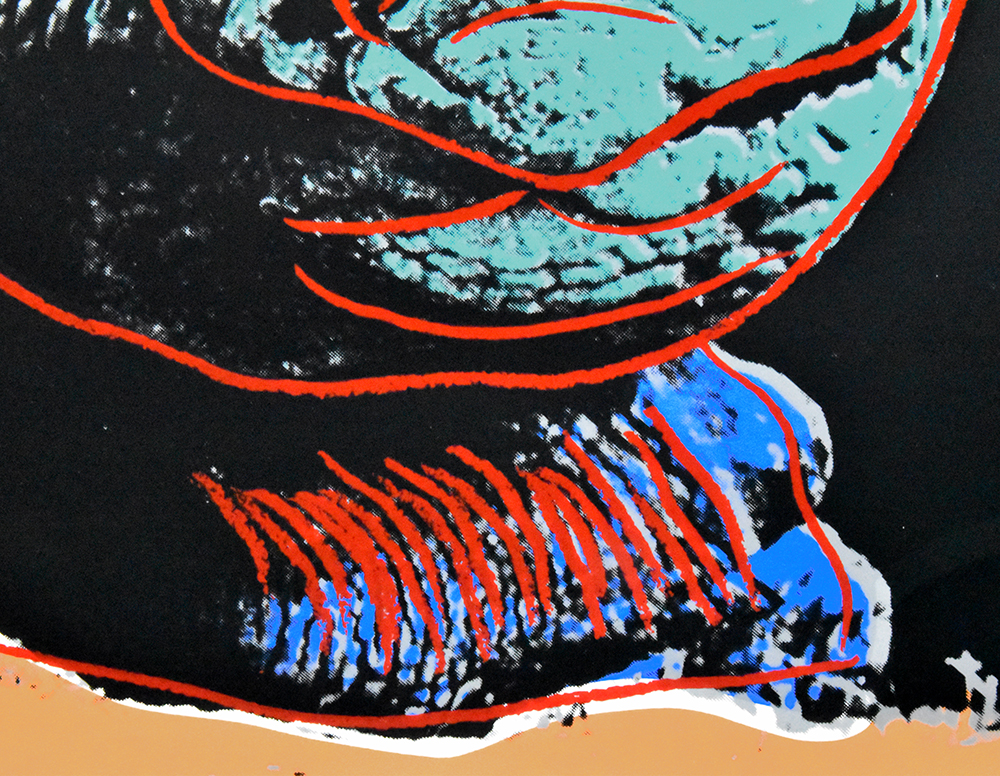 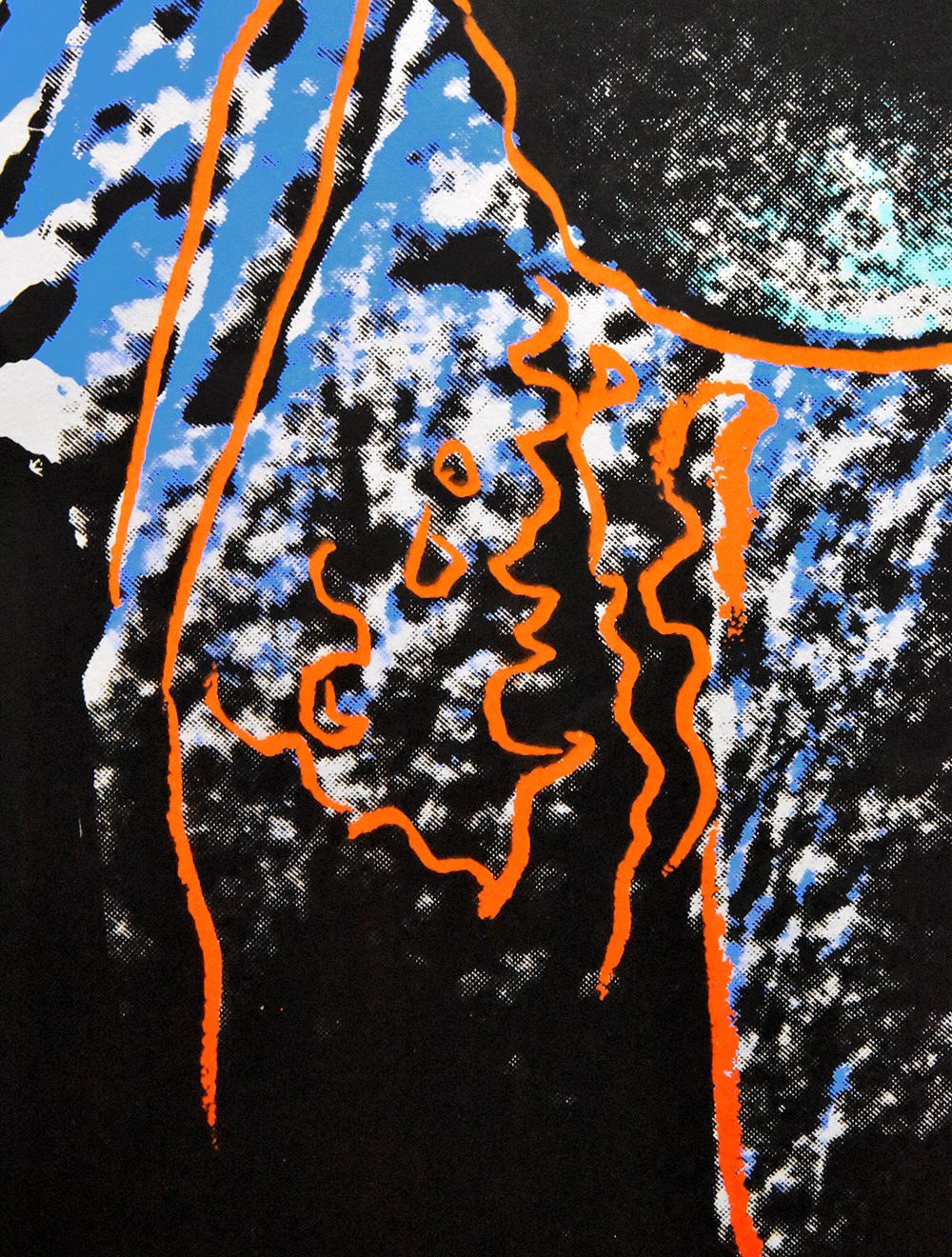 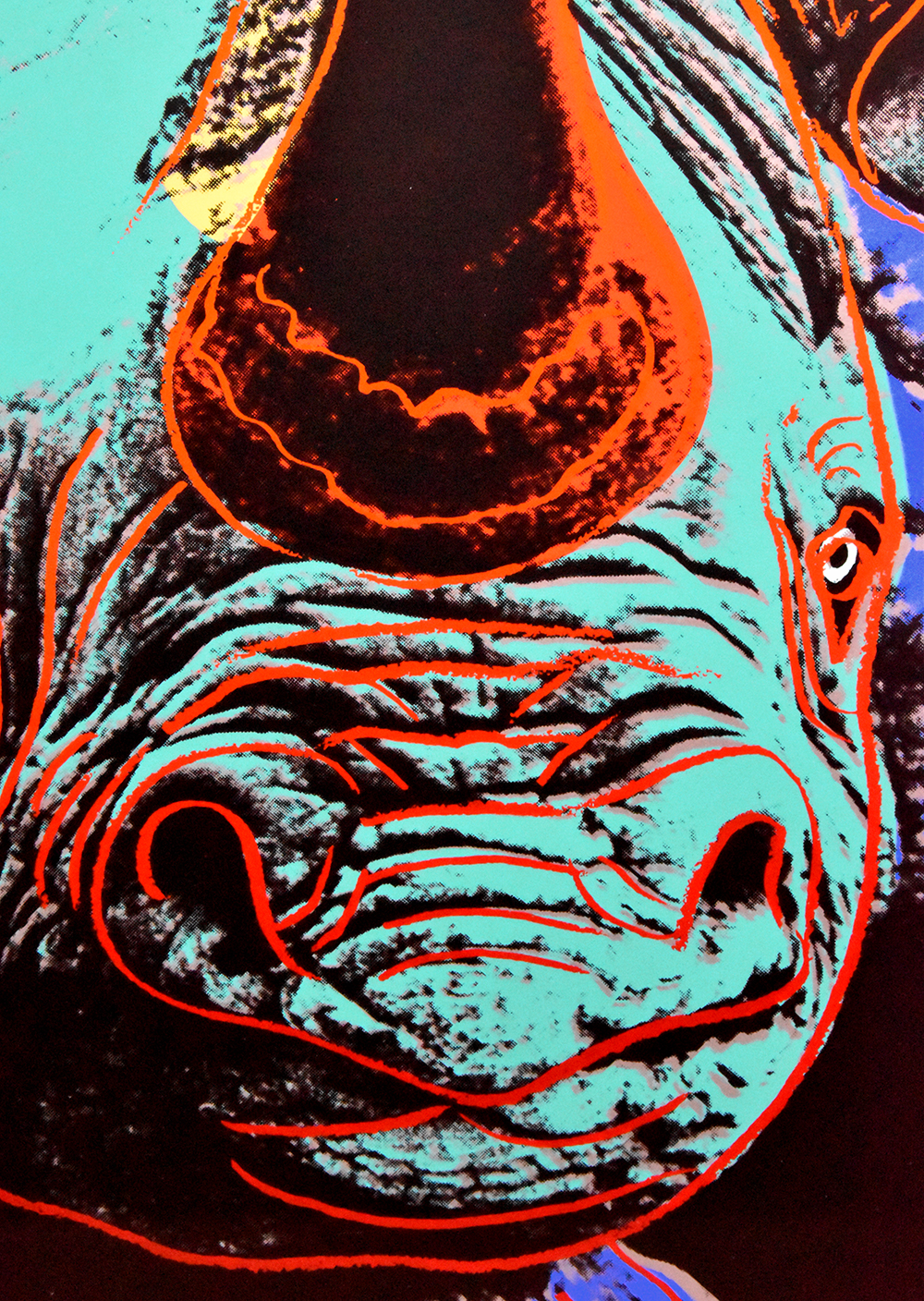 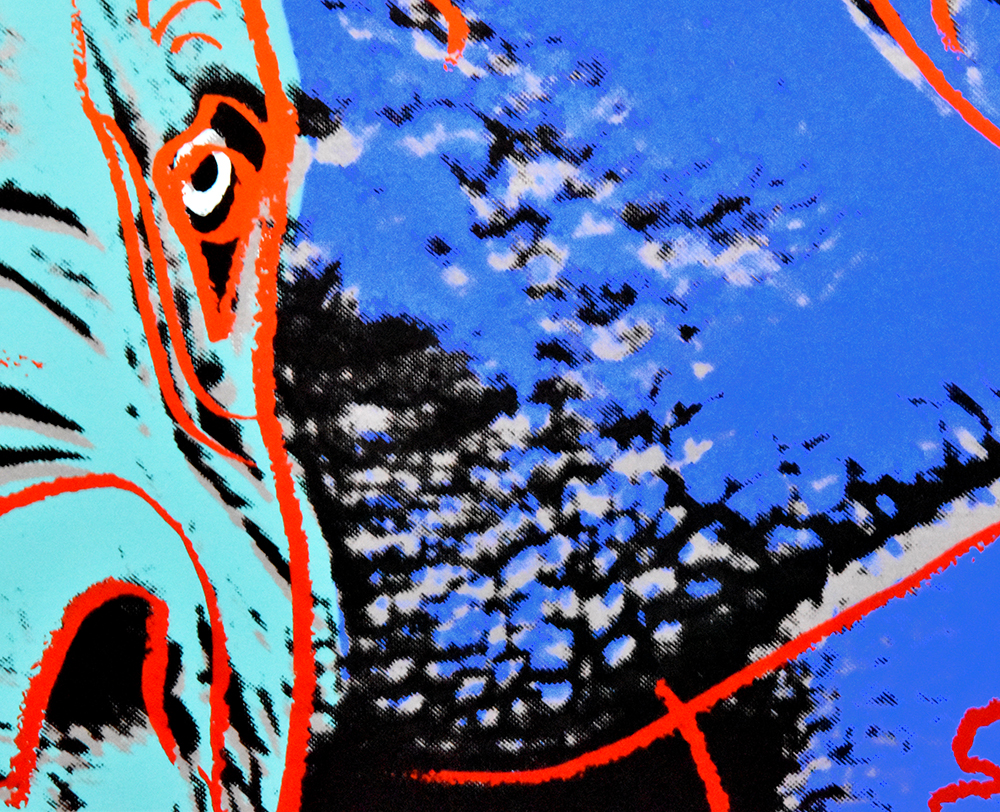 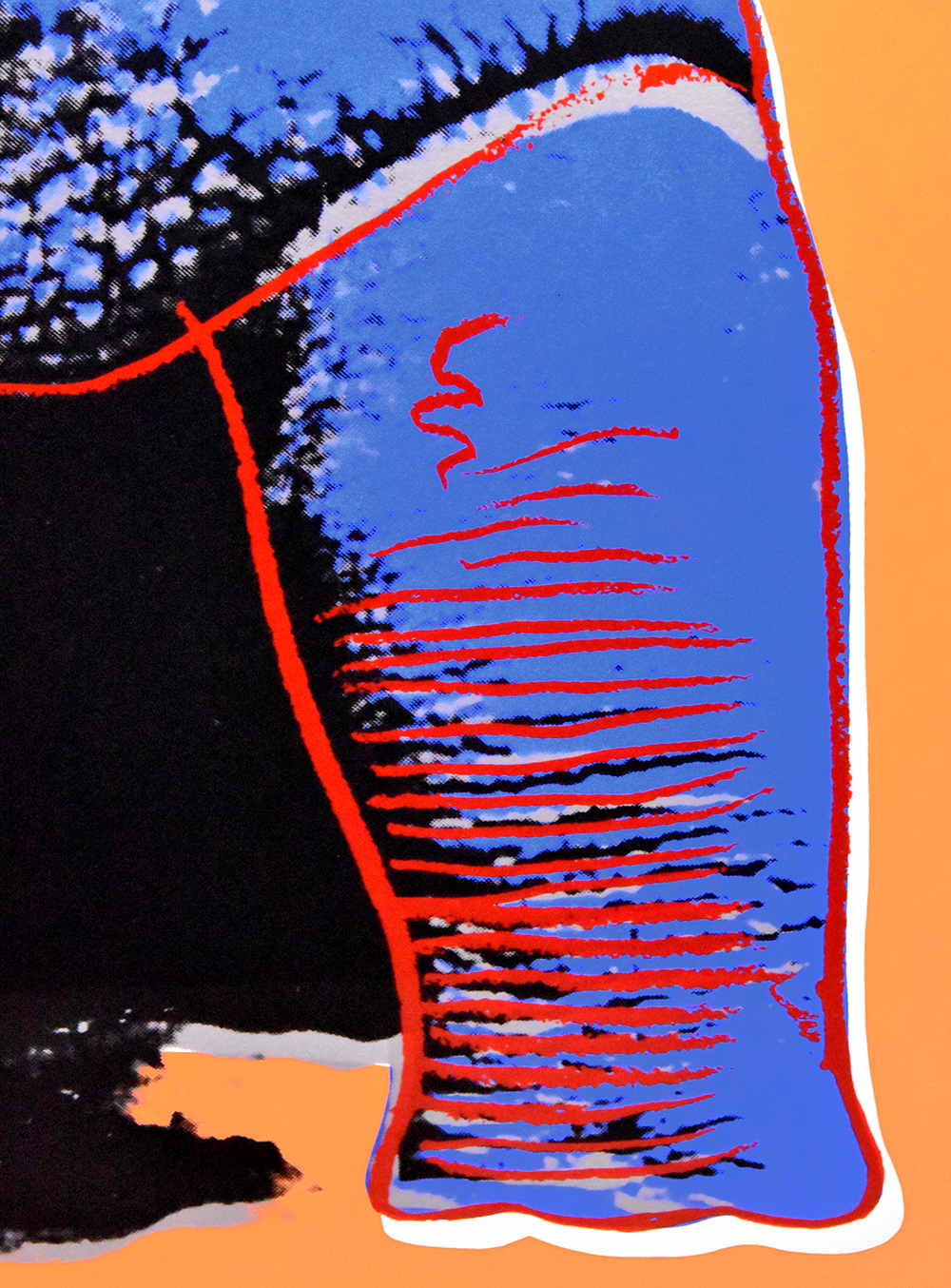 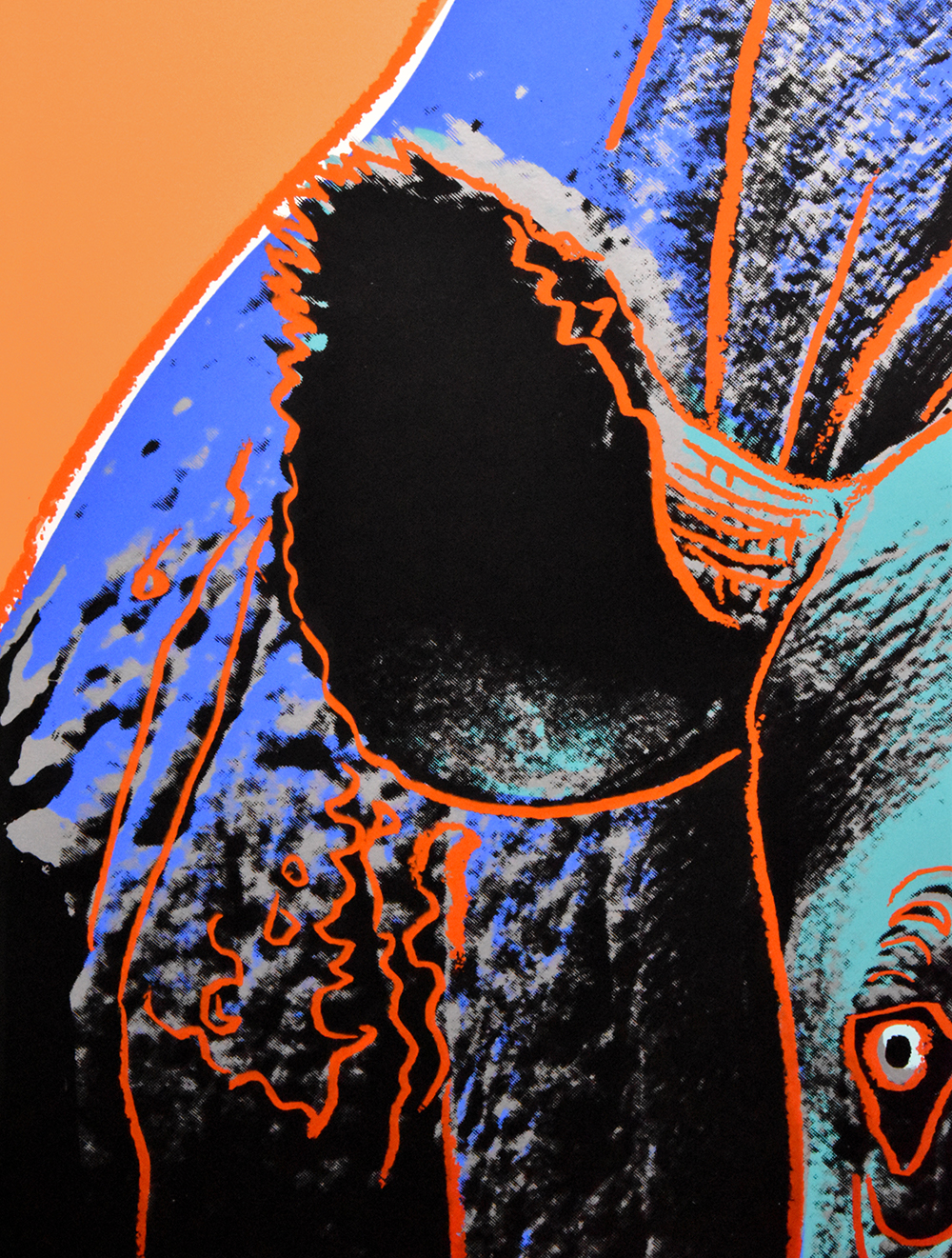 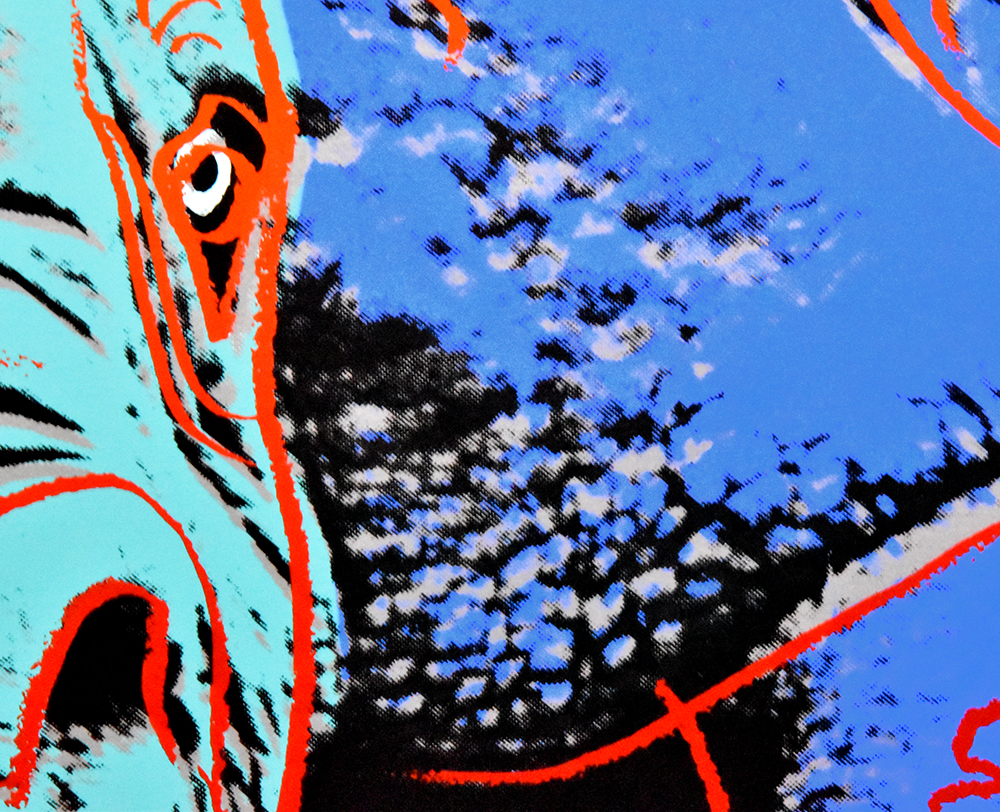 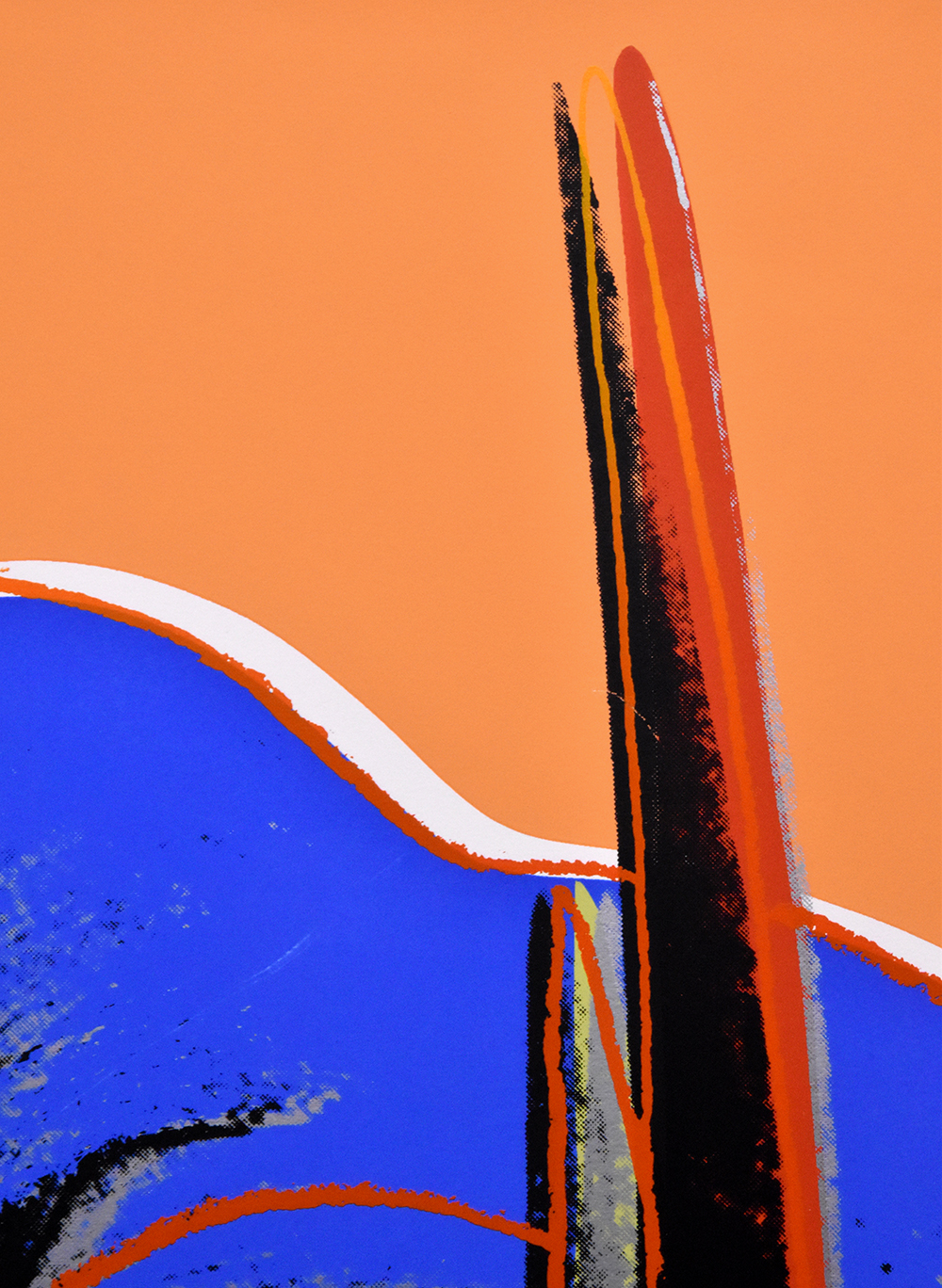 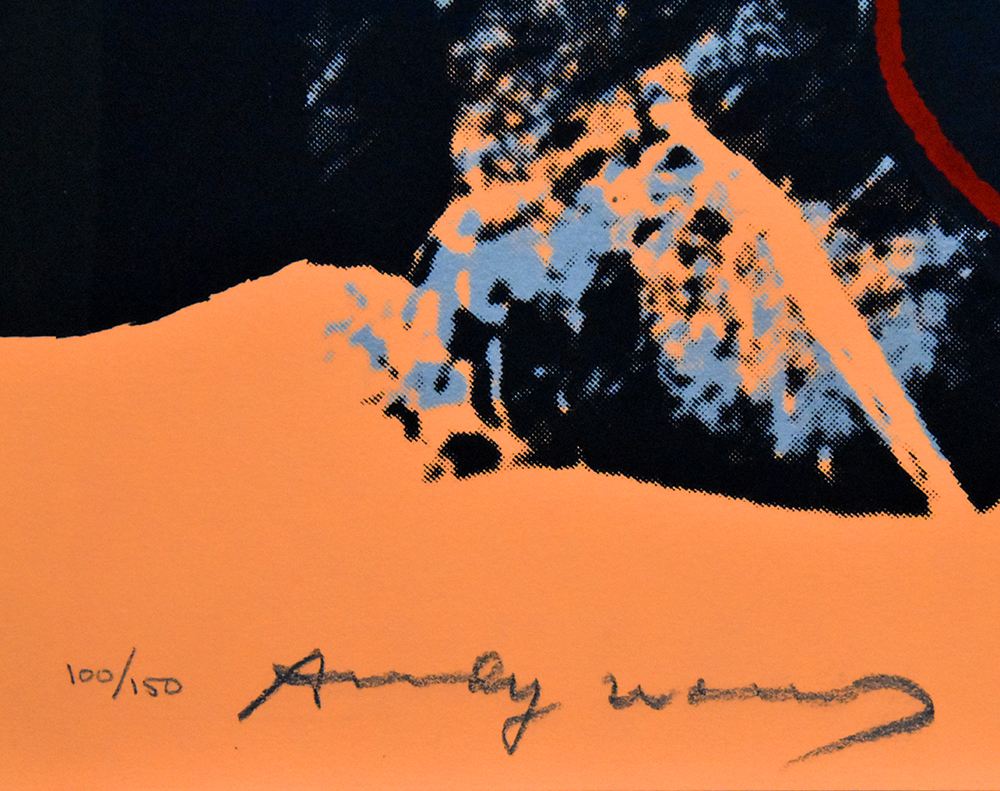 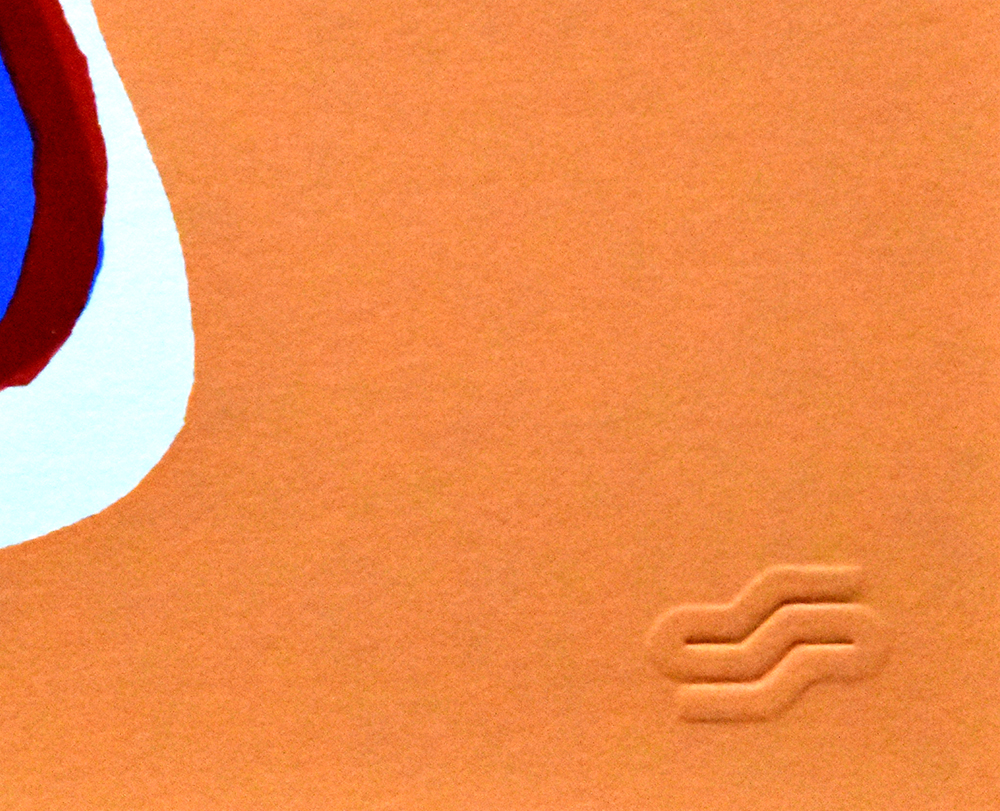 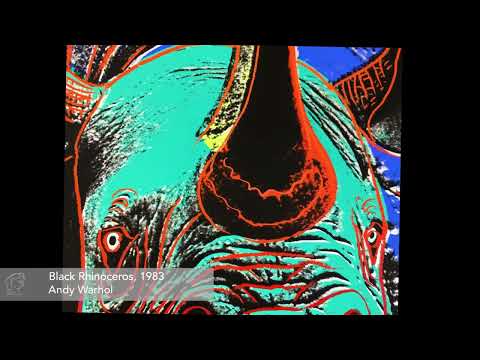 The pastel amber colored monochromatic background does not distract from the eye, and instead allows the line work to stand boldly on its own. The gradient of colors, from a bright orange to rust define the outline of the creature and create a very striking representation of what we know a rhinoceros to look like. The head of the animal is printed turquoise, with intricate skin lines and details around the shadows that are cast from the left. His eyes stare directly into and past the viewer, allowing deep introspection of this giant beast as he crouches low to the ground. Hints of green are seen on the second horn, the first pitch black with orange speckles. The body is printed a deeper shade of blue, a gentle shift of colors allowing each section to be viewed at separately. Warhol’s brilliance is clearly depicted in the deep shadows of the work; Using a deep set black as a contrast to the cool tones, he was able to stay true to the intention without taking away anything and while looking closely, he had printed the texture of the Rhinoceros’s skin into the work, providing a level of depth and perhaps gravity to the reality that these are real animals, with numbers diminishing rapidly. He presents a concise and effective work as the animal consumes you, a reminder of the brevity of life.

Catalogue Raisonné & COA:
Andy Warhol, Black Rhinoceros, Endangered Species Series, 1983 is fully documented and referenced in the below catalogue raisonnés and texts (copies will be enclosed as added documentation with the invoices that will accompany the sale of the work).

1. Feldman, Frayda and Jörg Schellmann, A Catalogue Raisonne, 4th ed. Listed as catalogue raisonné no. II.301.
2. A Certificate of Authenticity will accompany this artwork.

About the Framing:
Framed to museum-grade, conservation standards, Andy Warhol, Black Rhinoceros, Endangered Species Series, 1983 is presented in a complementary moulding and finished with silk-wrapped mats and optical grade Plexiglas.