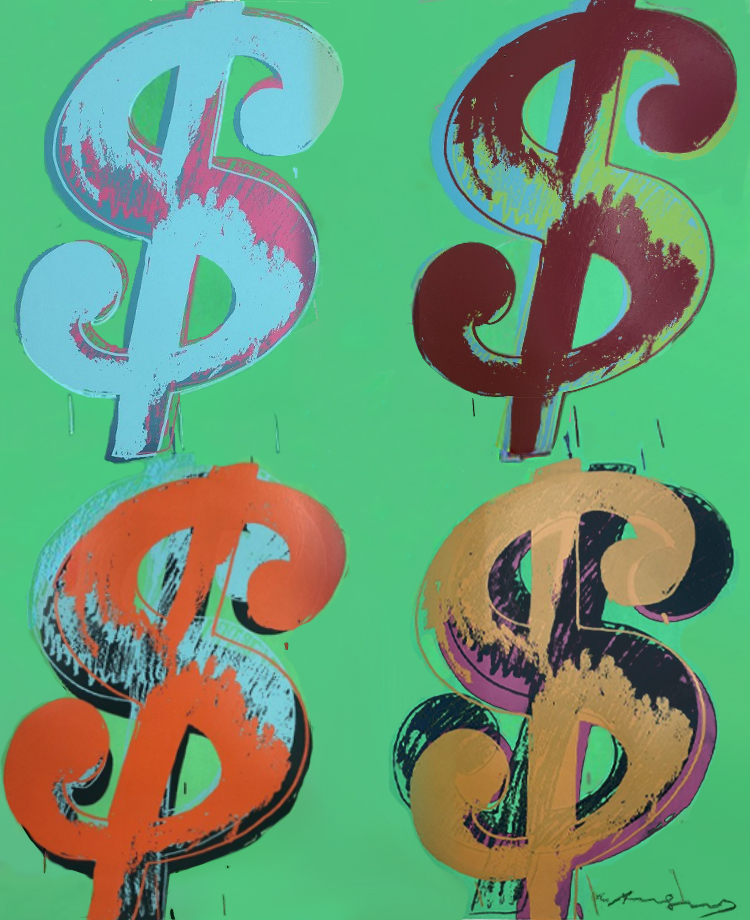 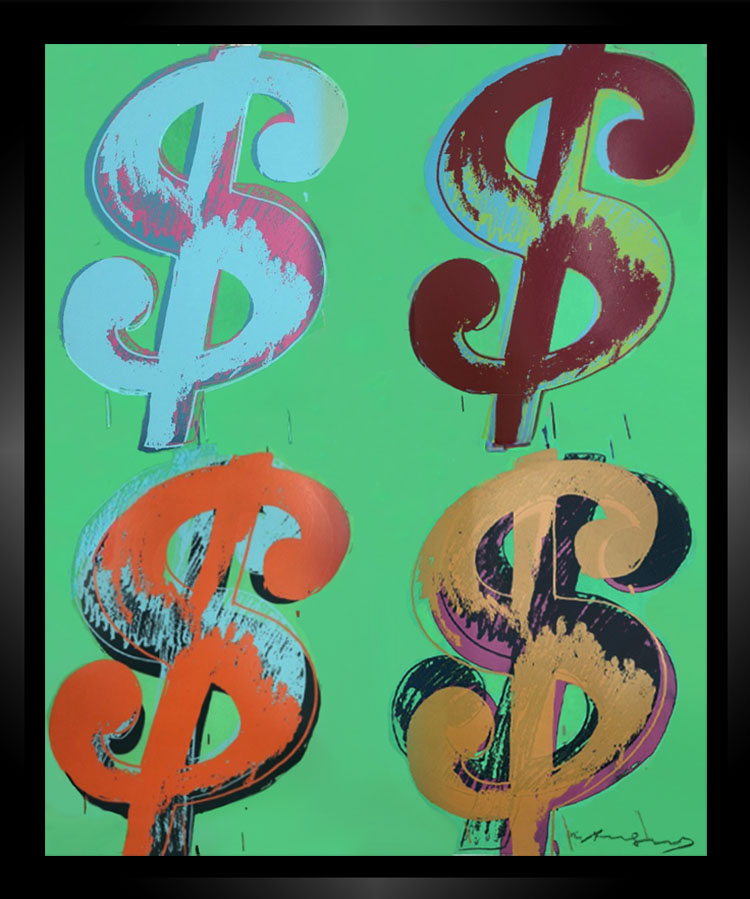 Andy Warhol (Pittsburgh, 1928- New York, 1987) $ (4), 1982 is a compelling piece which discusses themes and motifs consistent with the artist’s oeuvre. Warhol is celebrated for his unification of commodification and fine art-making; this work perpetuates this concept in a simple yet sophisticated manner. The work is composed of four dollar signs, one in each quadrant of the work respectively. The dollar signs are rendered in four different colors, specifically blue, orange, maroon and yellow ochre, and placed on top of a bright green background which may represent money and wealth. This aspect of the work reflects the trend of art as commodity that Warhol often discusses in his projects. However, this implication is delivered in a visually stunning, nuanced manner.

Created in 1982, this color screenprint on Lenox Museum Board is hand signed by Andy Warhol (Pennsylvania, 1928 - New York, 1987) in pencil in the lower right. A unique work inscribed numbered from the edition of 60 (each screenprint is unique); published by Andy Warhol, New York; printed by Rupert Jasen Smith, New York.

Catalogue Raisonné & COA:
Andy Warhol $ (4), 1982 is fully documented and referenced in the below catalogue raisonnés and texts (copies will be enclosed as added documentation with the invoices that will accompany the sale of the work).

About the Framing:
Framed to museum-grade, conservation standards, Andy Warhol (Pittsburgh, 1928- New York, 1987) $ (4), 1982 is presented in a complementary moulding and finished with silk-wrapped mats and optical grade Plexiglas.