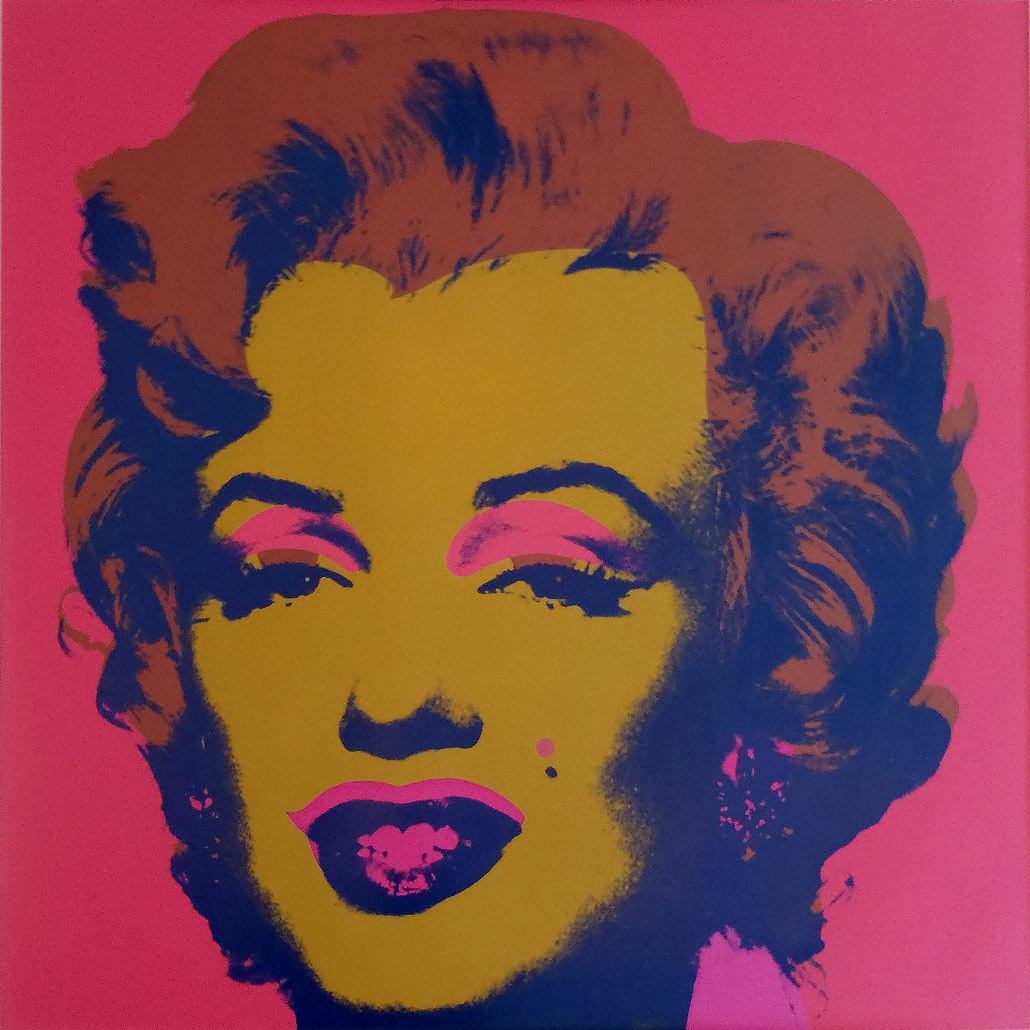 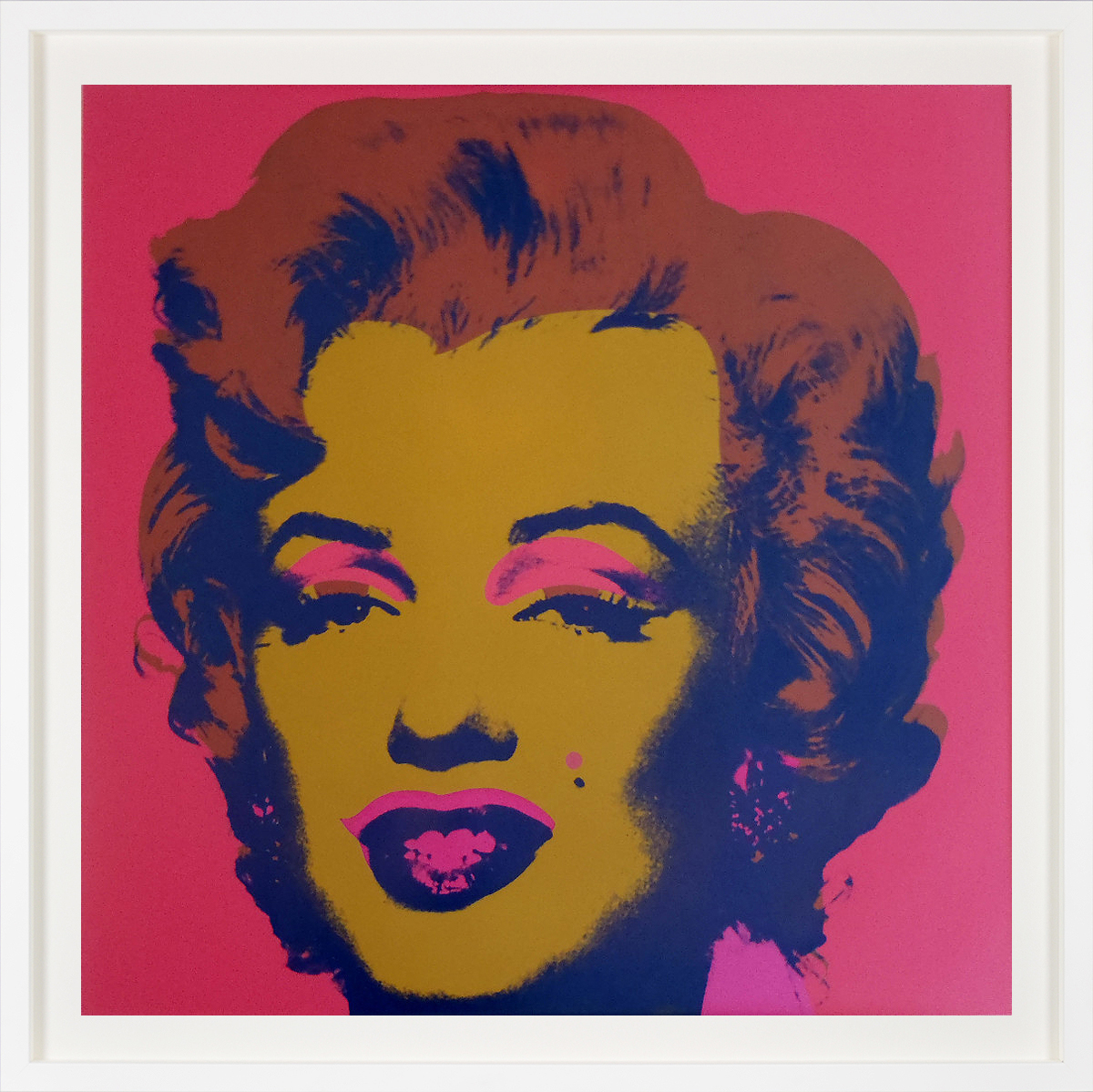 Andy Warhol Marilyn Monroe (Marilyn), 1967 is from the highly sought after series. Set against a background of hot pink, this pop art portrait is feminine and iconic. Despite the wild palette of burnt orange, mustard, and fuchsia, and blue this Warhol Marilyn is immediately recognizable. The image is based on Gene Korman’s photograph of the starlet, a promotional photo for Niagara. Monroe plays a Rose, gorgeous and seductive femme fatale in the 1953 film noir which was shot in Technicolor. The bold coloration of Andy Warhol Marilyn Monroe (Marilyn), 1967 recalls the saturated hues of the now antiquated Technicolor world in which Marilyn Monroe’s career skyrocketed.  This stunning artwork is from the emblematic series in which Warhol created a portfolio of ten screenprints on paper of Marilyn Monroe utilizing the same motif, however varying each image with different color choices and slightly different color placement registrations. The result is an inspiring exploration of the symbol of Marilyn Monroe as a pop icon and cultural figure.

Created in 1967, Marilyn Monroe (Marilyn) is a color screenprint on paper hand signed by Andy Warhol (Pennsylvania, 1928 - New York, 1987) in pencil on verso. Numbered from the edition of 250 with a rubber stamp on verso; aside from the edition of 26 artist proofs lettered A-Z on verso. Printed by Aetna Silkscreen Products, Inc., New York and published by Factory Additions, New York.

1. Feldman, Frayda and Jörg Schellmann. A Catalogue Raisonne;. 4th ed. Listed and illustrated as catalogue raisonné II. 27.
2. A Certificate of Authenticity will accompany this artwork.