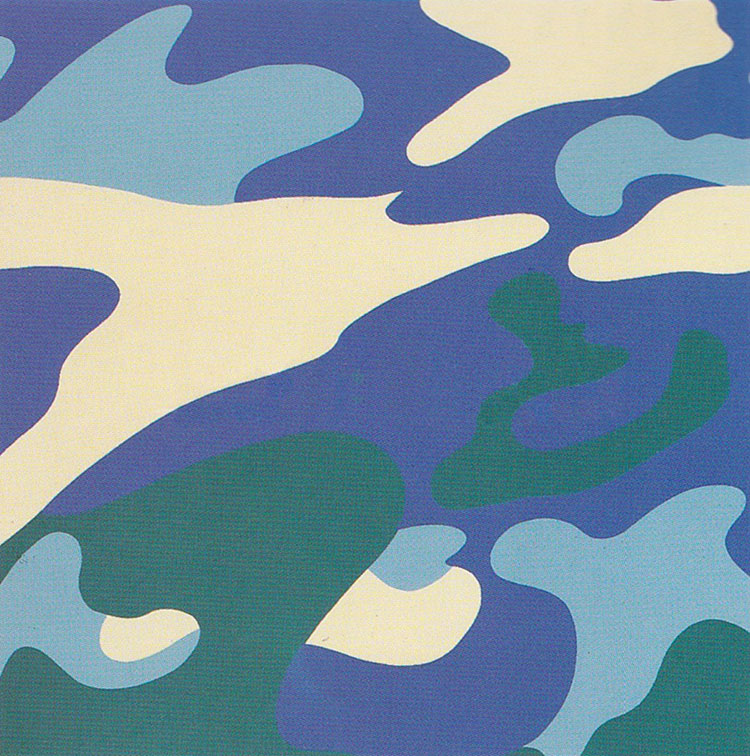 Andy Warhol’s Camouflage FS II.411 is filled with bold blues contrasting perfectly with a pale yellow. Warhol's Camouflage portfolio allowed him to work in both an abstract style as well as within an immediately recognizable pattern to create something new and original. The otherworldly and outrageous color palettes Warhol chose to use would never camouflage its wearer into any environment which defeats the purpose of the print entirely. This is the genius of the works, that in creating camouflage patterns in crazy bright colors, it renders the pattern useless. Warhol completed his Camouflage portfolio with his assistant Jay Shriver shortly before his passing in 1987. Inspired by military clothing that Shriver picked up from an army supply store, the prints present the design as an art object, taking away its practical use. Camouflage portfolio is a perfect example of Warhol's creative genius and his sense of humor.

Andy Warhol Camouflage, 1987 FS II.411 is fully documented and referenced in the below catalogue raisonnés and texts (copies will be enclosed as added documentation with the invoices that will accompany the sale of the work).