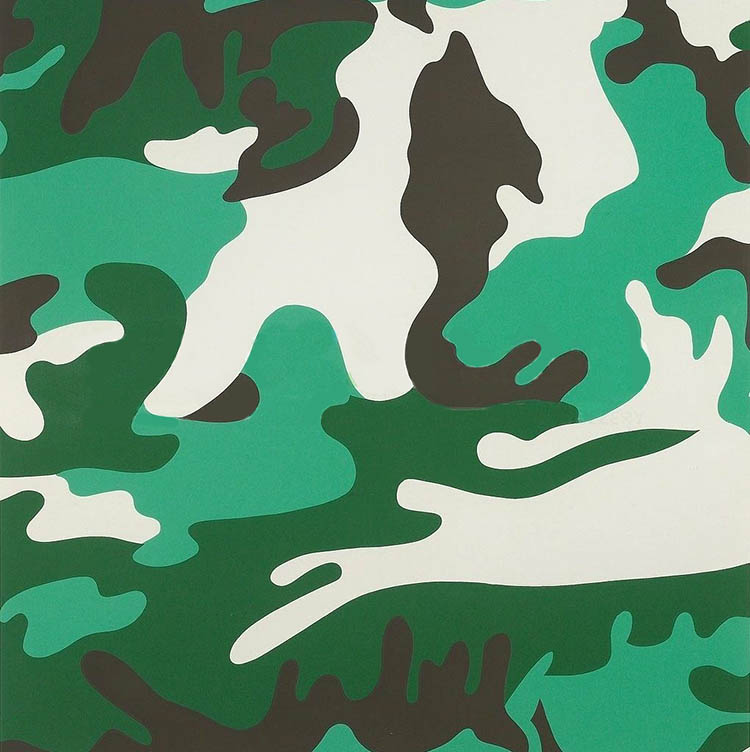 Andy Warhol’s Camouflage portfolio was the last body of work Warhol created before his passing in 1987. The series centers on different variations of a camouflage print that was based on military clothing his assistant Jay Shriver picked up from an army surplus store in New York City. Camouflage FS II.406 sticks closest to a standard military camouflage print with its different shades of green. Abstract shapes interact with each other in random twists and turns. Since Warhol chose to focus on extreme close-ups of the print, the work takes on a graphic element and takes the print out of its context, allowing the viewer to instead focus on its shapes and colors.

Andy Warhol Camouflage, 1987 FS II.406 is fully documented and referenced in the below catalogue raisonnés and texts (copies will be enclosed as added documentation with the invoices that will accompany the sale of the work).