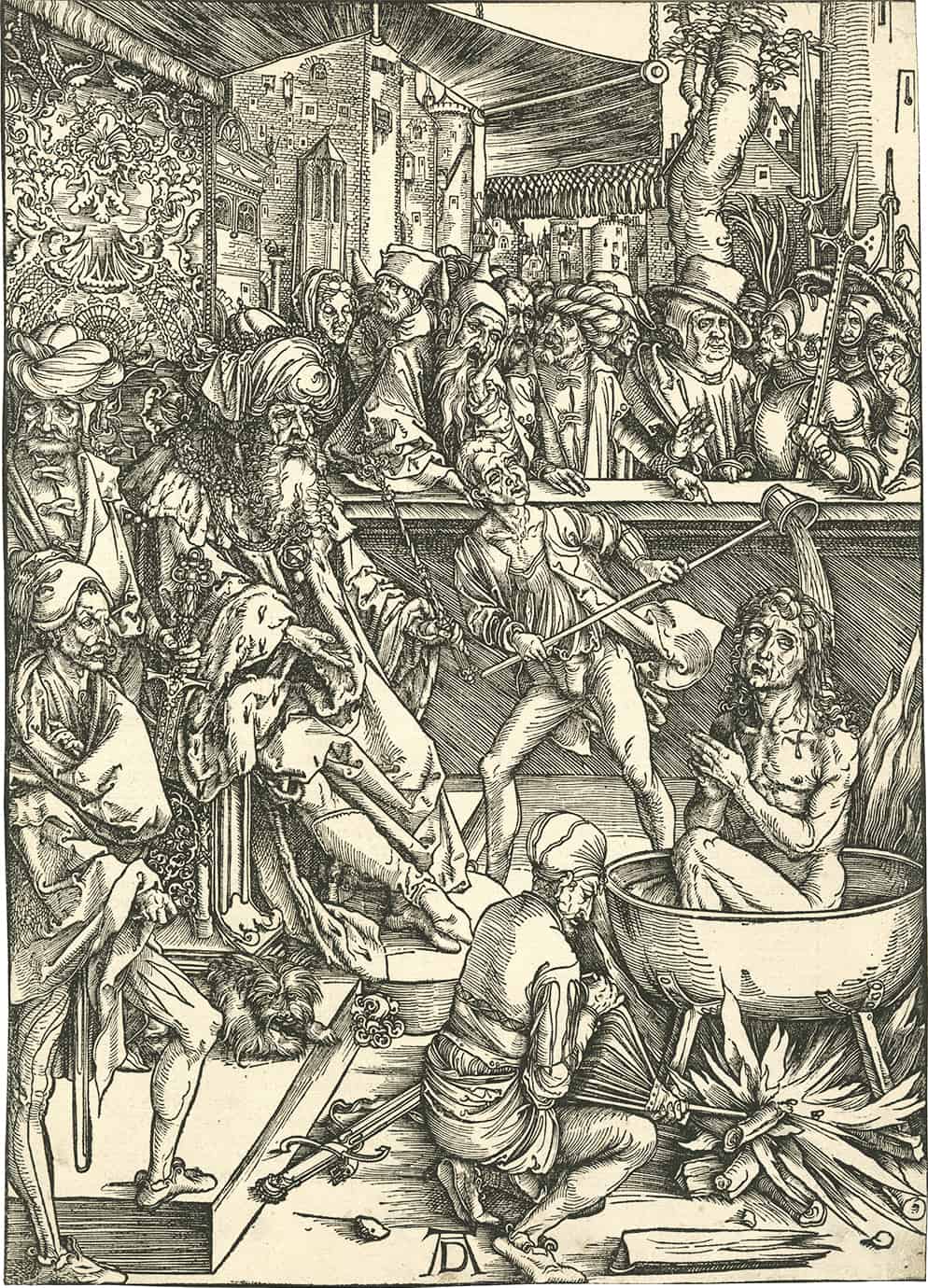 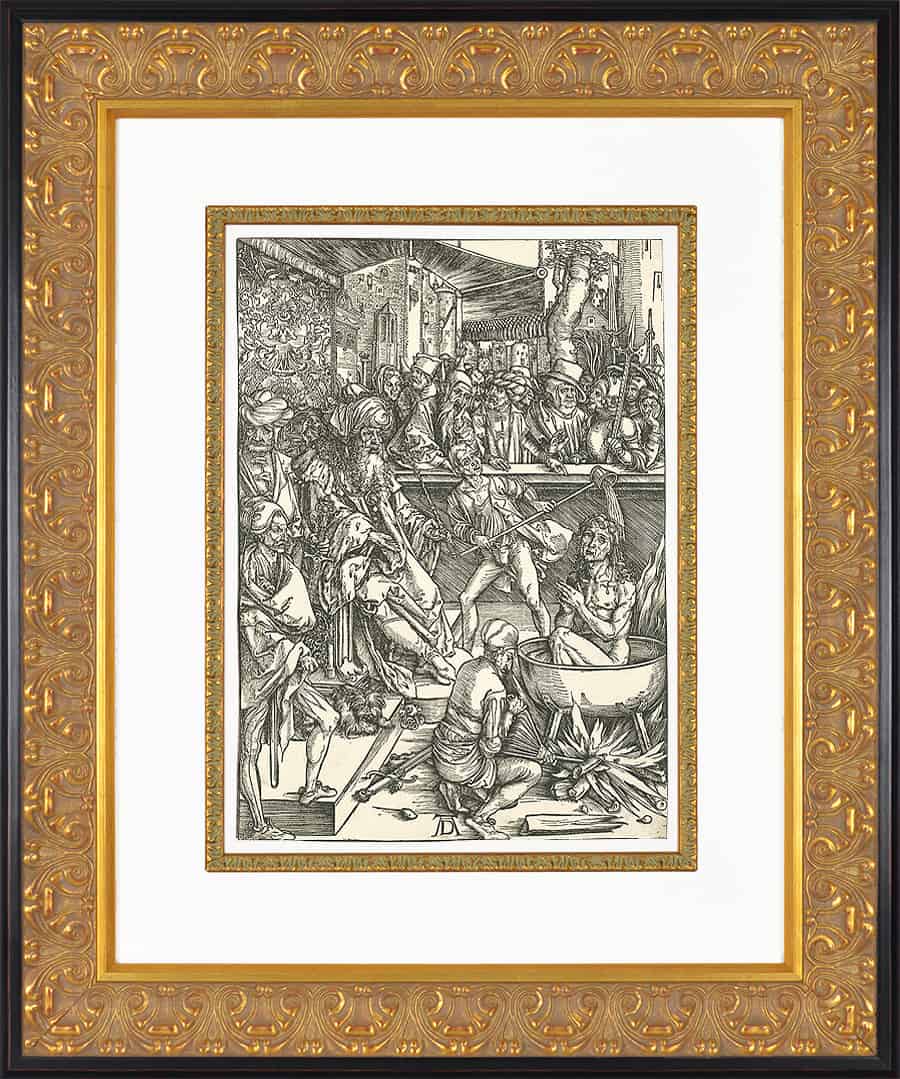 Albrecht Dürer The Torture of St. John the Evangelist from The Apocalypse, The Latin Text Edition of 1498 showcases the German woodcut master’s superb handling of the human form and complex composition. With intricate detail and excellent draftsmanship, Dürer captures the dramatic scene of Saint John’s martyrdom. As punishment for his refusal to worship the pagan gods of the Ottoman Empire, the Saint was persecuted

As part of the series, The Apocalypse, that Dürer had created based on the book of Revelations of Saint John the Evangelist from the Christian Bible, The Torture of St. John the Evangelist was the only woodcut that was based on legend, and not inspired from the book itself.  This allowed Dürer slightly more freedom in his depiction of the various vignettes that make up the background of this busy, bustling scene.  The garments and setting are inspired by the artist’s own environment. Within the bustling urban setting, Dürer’s rests on the ground of the cityscape.

Because he was dealing with a legend and not a revelation, Dürer was able to dispense with the rim of clouds; he sets this scene in contemporary surroundings.  The sheet is the most sumptuous of the series, and offers an overabundance of details.  Even the faces in the background have a             portraitlike quality. (198)

Created for the Latin edition of 1498 Albrecht Dürer The Torture of St. John the Evangelist from The Apocalypse, The Latin Text Edition of 1498 features the rare, latin text on the verso and is also monogrammed with Albrecht Dürer’s signature stamp, ‘AD’ in the lower center.  With ¼” margins on all sides with the ink stamp of collector Georg Hamminger (Lugt 1159) who collected Dürer’s works during the late 19th century.

Albrecht Dürer The Torture of St. John the Evangelist from The Apocalypse, The Latin Text Edition of 1498  is fully documented and referenced in the below catalogue raisonnés and texts (copies will be enclosed as added documentation with the invoice accompanying the final sale of the work):

8. A Certificate of Authenticity will accompany this work.

Albrecht Dürer The Torture of St. John the Evangelist from The Apocalypse, The Latin Text Edition of 1498 is framed to museum-grade, conservation standards, presented in a complementary moulding and finished with linen-wrapped mats and optical grade Plexiglas.