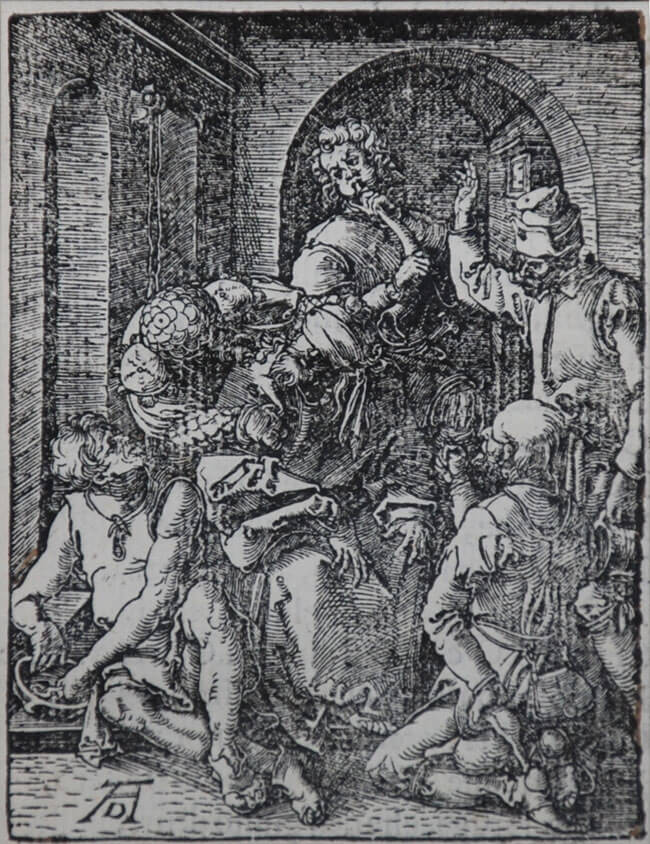 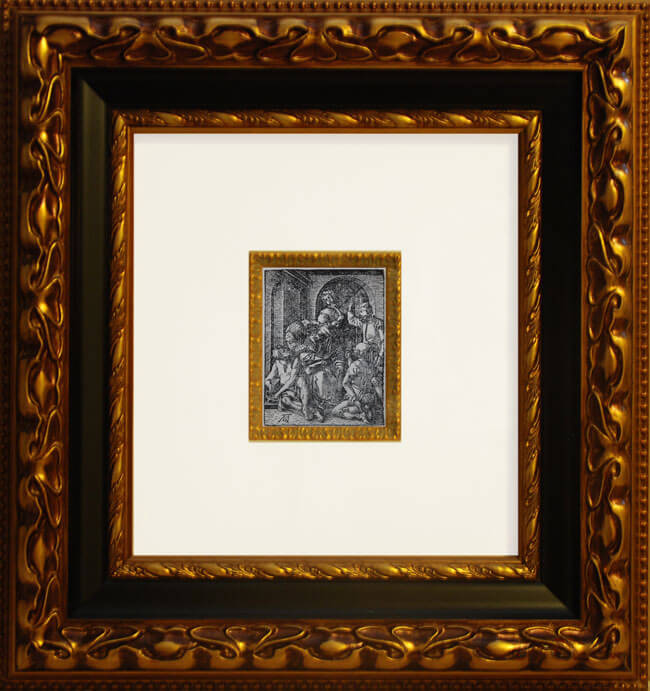 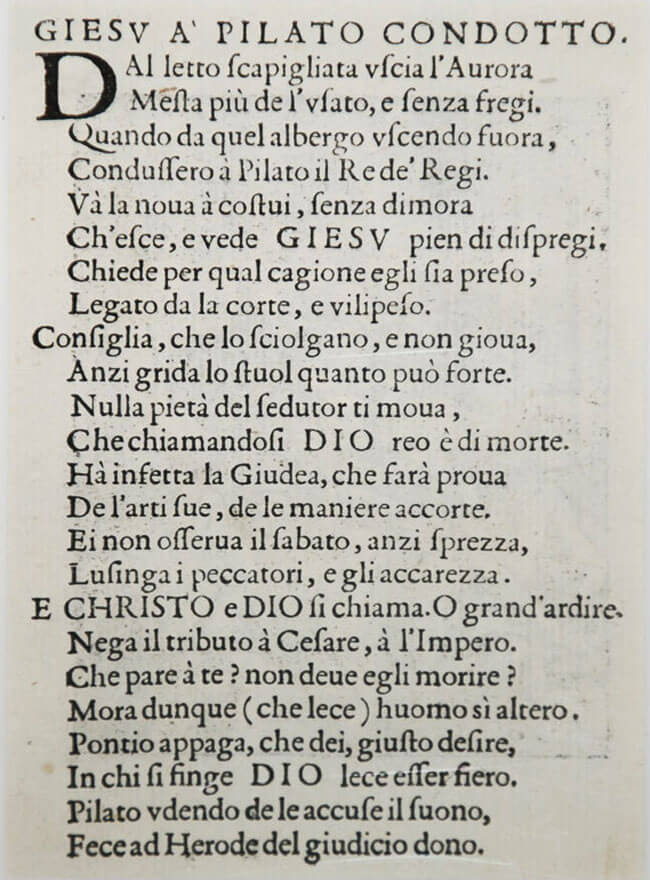 Created in 1612, this original woodcut is monogrammed in the woodblock 'AD' in the lower left. This work is from the Italian edition of 1612 with Italian text on verso.

Albrecht Durer The Mocking of Christ (The Small Passion), 1612 is fully documented and referenced in the below catalogue raisonnés and texts (copies will be enclosed as added documentation with the invoices accompanying the final sale of the work):

Albrecht Durer The Mocking of Christ (The Small Passion), 1612 is museum grade conservation framed in a complementary moulding with silk mats and optical grade Plexiglas.