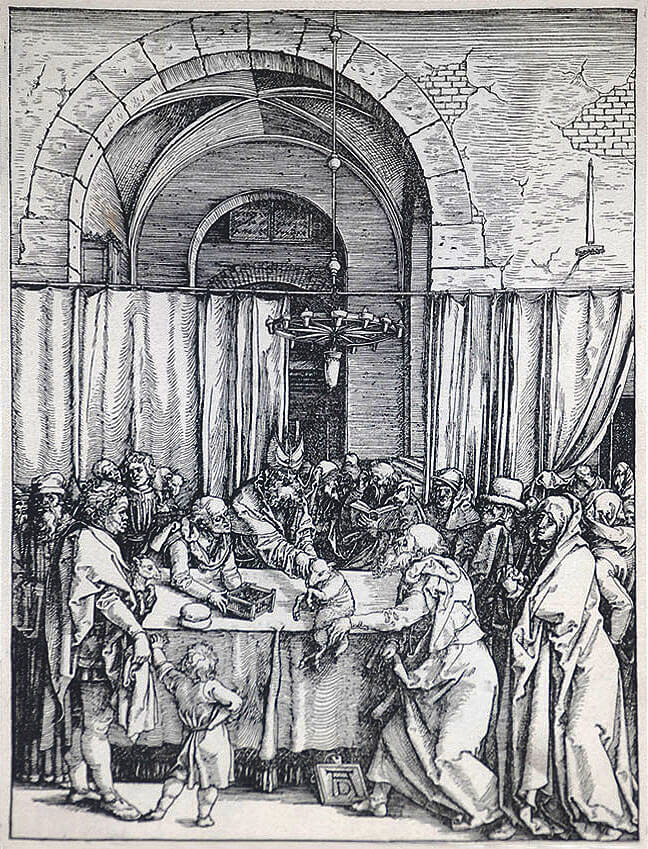 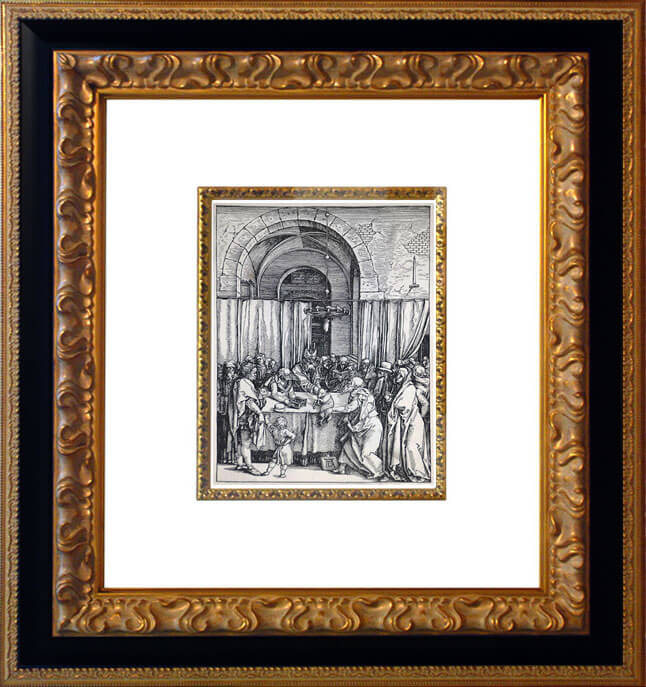 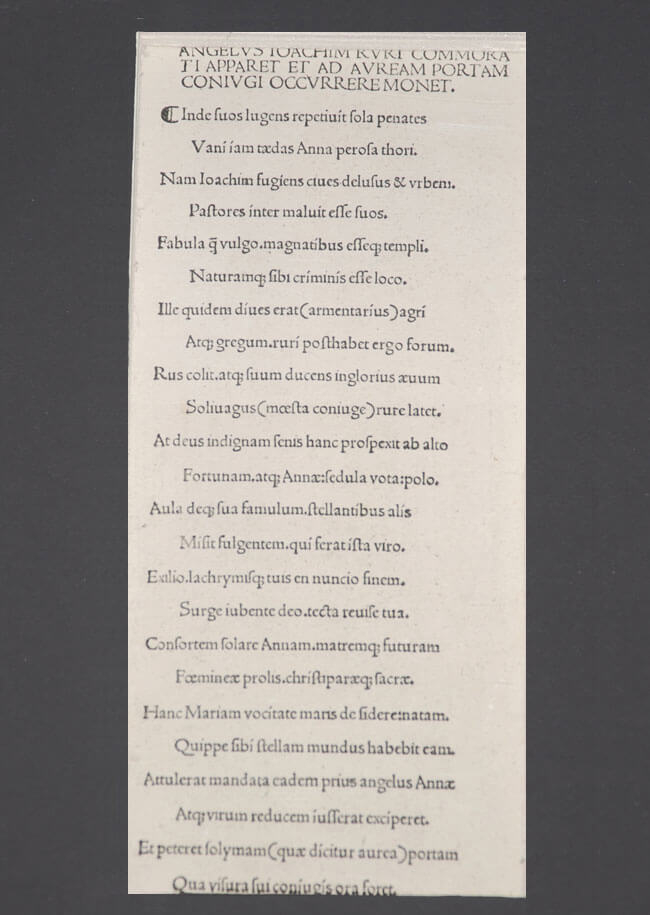 Created in c. 1504, this stunning woodcut features Albrecht Dürer's (Nuremburg, 1471 - Nuremburg, 1528) signature monogram on a slate in the lower center of the image. This work has also been dated to c. 1471-1524 by the Flower with Triangle watermark (M. 127, B. 1685) within the fine, laid paper on which this woodcut has been printed. This piece is from the Meder edition of 1511 with the Latin text on verso.

W.Strauss states of this piece, "Joachim's disappointment over the rejection of his and St. Anne's offering is shown clearly by his stance and expression. The High Priest, Ruben, declined the sacrifice asserting that the long, childless marriage of Joachim and Anna must be due to sin. It was not until later that Mary was born. The story about the Virgin's parents and the youth of Christ is related in two apocryphal books: The Book of James and the Gospel of Thomas. Both books were condemned by St. Jerome, but remained popular. In the eighth or ninth century, they were combined to a volume entitled Liber de Infantia, and it was probably an edition of this text that becomes Dürer's source for this woodcut. The scene is in the Temple of Jerusalem; its "Holy of Holies" hidden by a curtain. The tablets of the Law are only partially visible. With them the crumbling walls and the burnt out candle denote the demise of the Old Law. Joachim's offering was a dove and a lamb, the lamb of innocence, symbolic of the New Faith." (Strauss, p. 312).

Catalogue Raisonné & COA:
Albrecht Dürer The Rejection of Joachim's Offering (The Life of the Virgin), c. 1504 is fully documented and referenced in the below catalogue raisonnés and texts (copies will be enclosed as added documentation with the invoices that will accompany the sale of the work).

About the Framing:
Framed to museum-grade, conservation standards, Albrecht Dürer The Rejection of Joachim's Offering (The Life of the Virgin), c. 1504 is presented in a complementary moulding and optical grade Plexiglas.