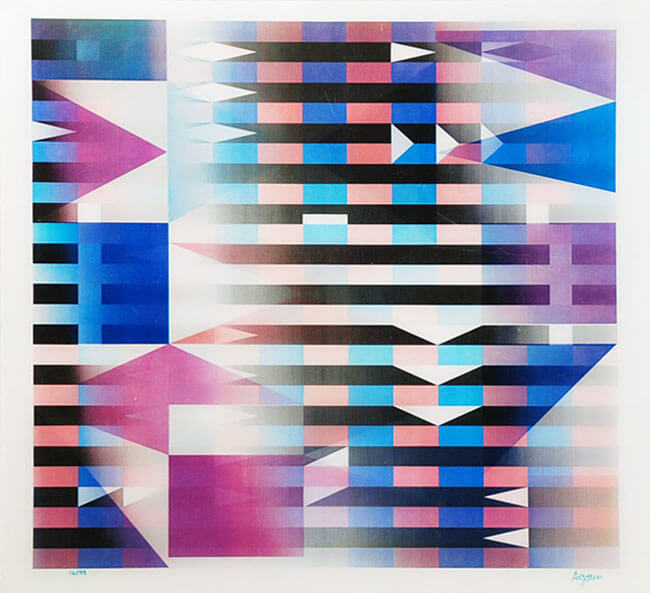 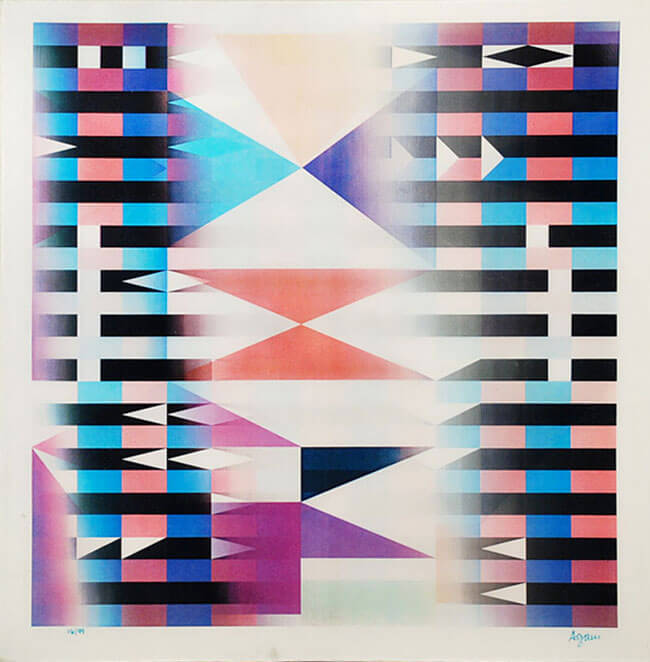 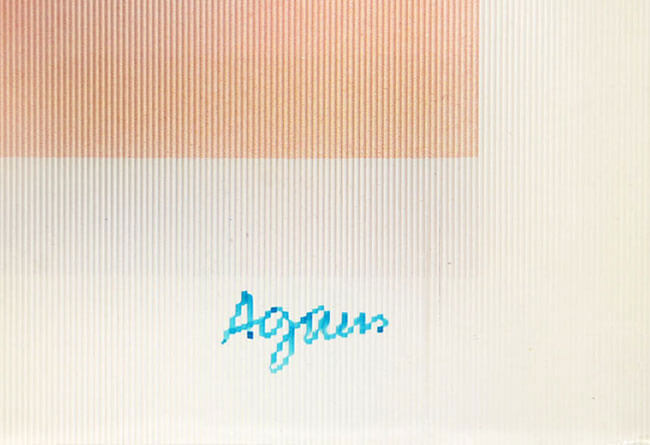 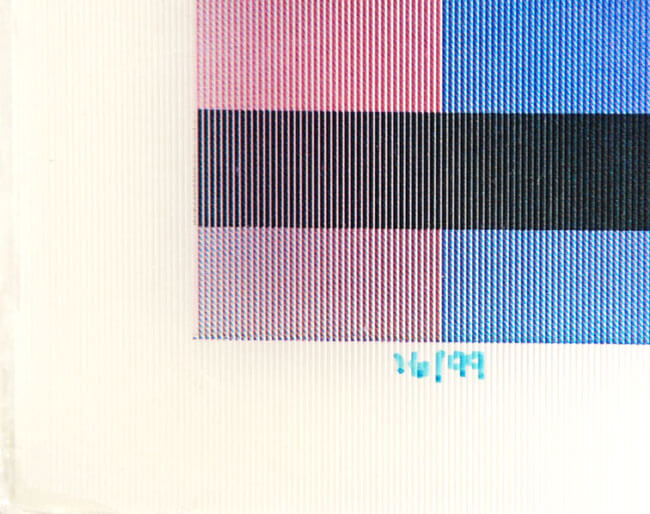 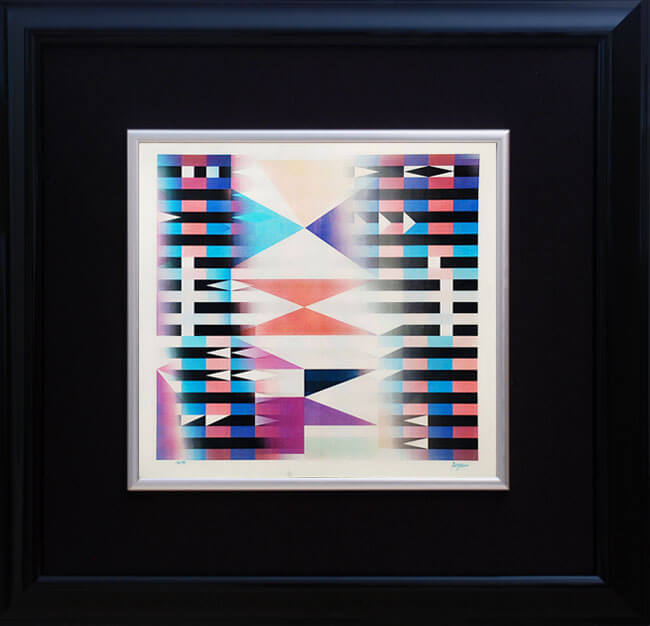 This intriguing piece beautifully displays Yaacov Agam's unique perception of art and his revolutionary style, which relied upon the utilization of movement and the fourth dimension in order to gain a complete understanding of his compositions.

Using Lenticular Lithography, Agam overlaps multiple graphic images by using a lenticular screen that reveals and conceals portions of each image. Through the use of this highly sensitive technique, a fluid metamorphosis occurs when the viewer moves in front of the work, just as the viewer defines the picture plain it shifts, creating a new design.

Of his career Agam has stated, "My endeavor has been to create a kind of visual graphic art, existing not only in space, but in time; one in which the form develops and evolves, thus procuring an unforeseeable infinity of plastic situations flowing out of one another." With this piece, Agam has created multiple scenes of de-structured shapes, accented by sharp geometric patterns and highlighted with bursts of vibrant color.

Catalogue Raisonné & COA:
This color Agamograph is fully documented and referenced in the below catalogue raisonnés and texts (copies will be enclosed as added documentation with the invoices that will accompany the final sale of the work).

About the Framing:
This color Agamograph is framed to museum-grade, conservation standards, presented in a complimentary moulding and finished with silk-wrapped mats.

Sell Yaacov Agam artwork with us. We will research its value and popularity for you.