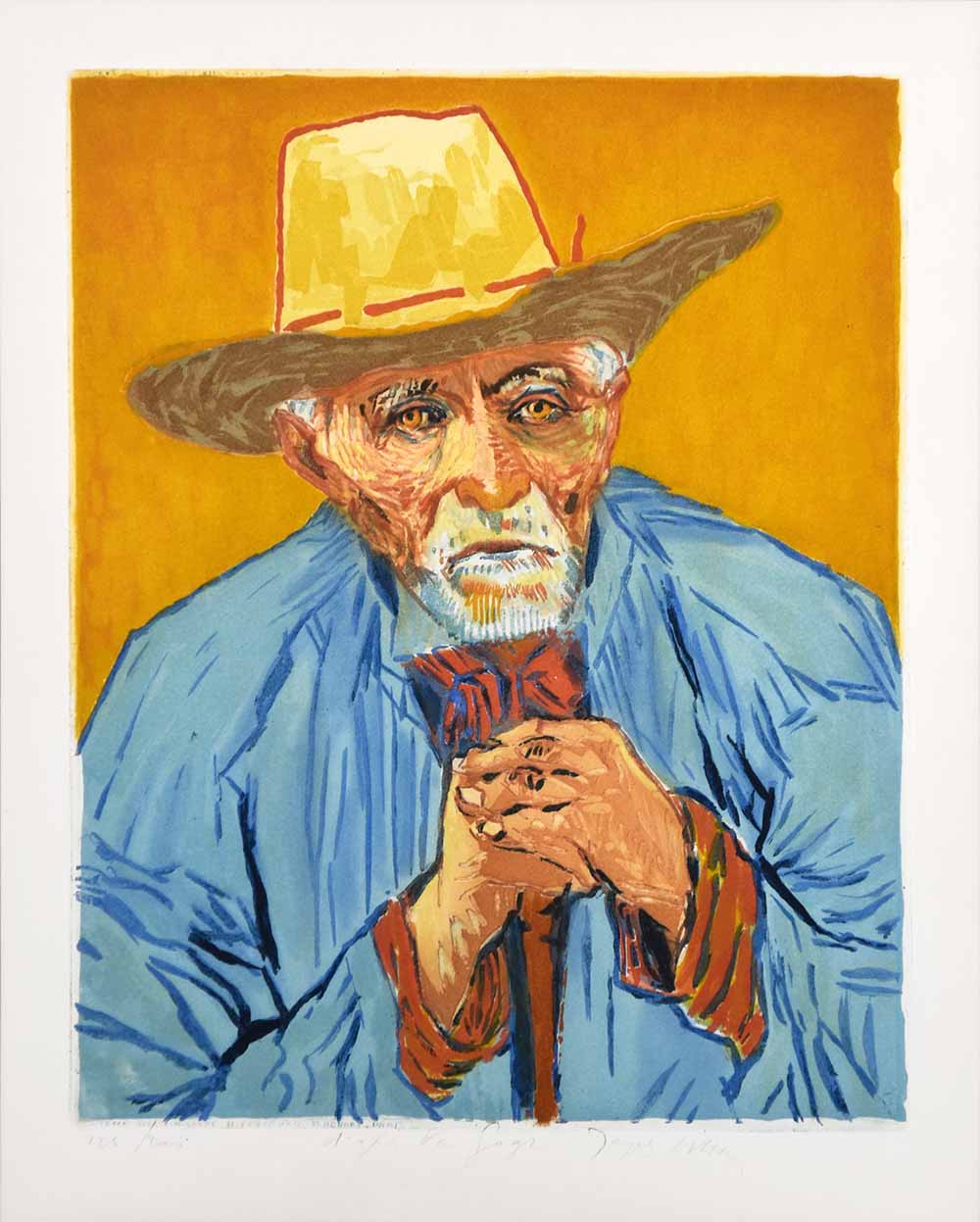 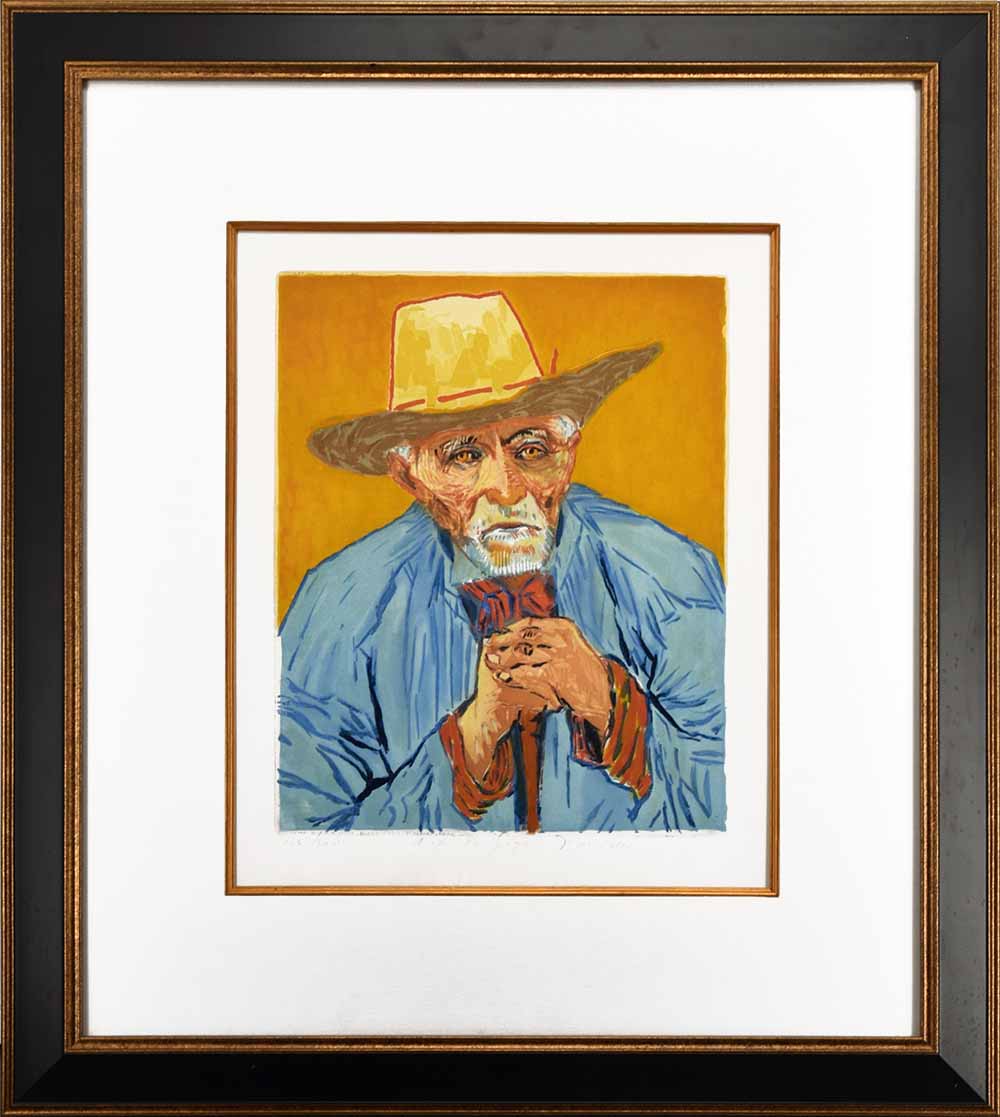 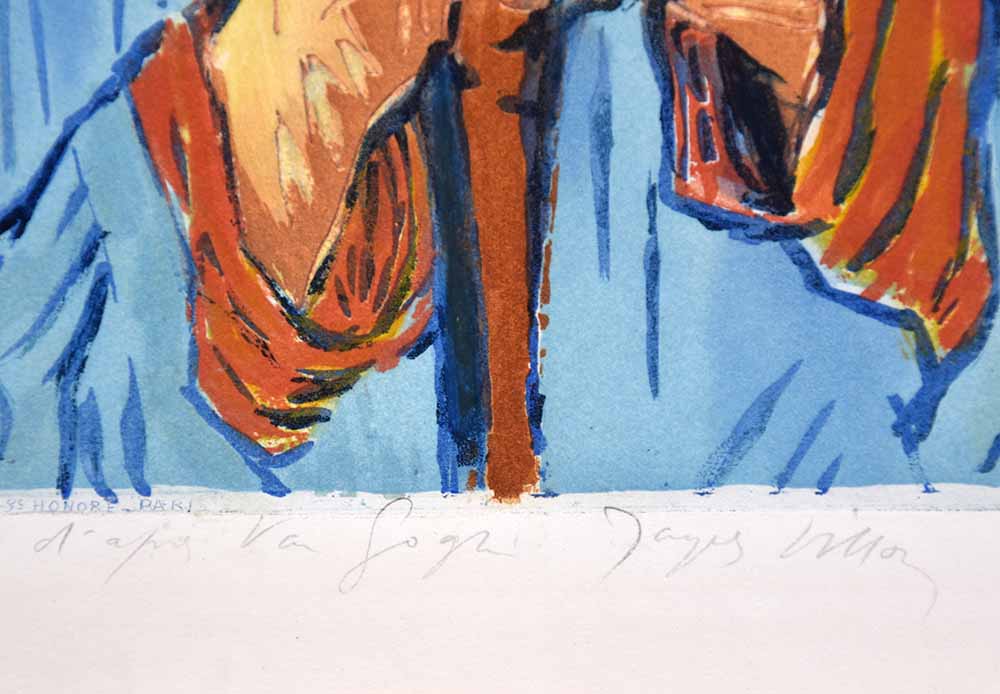 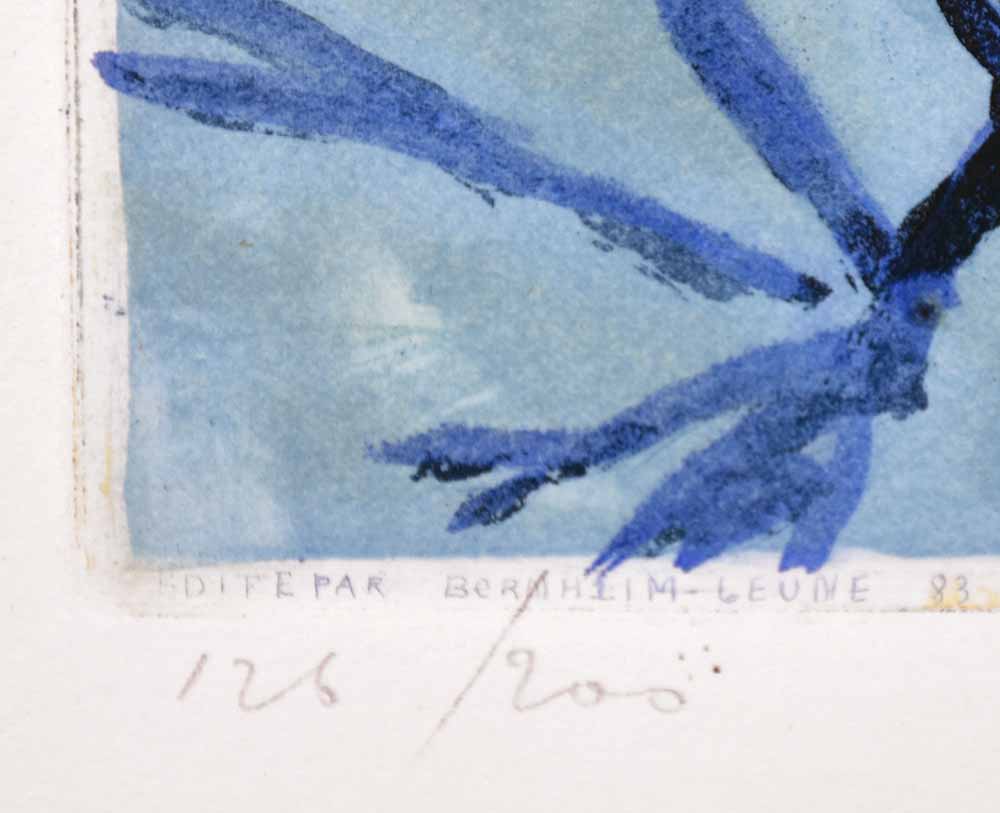 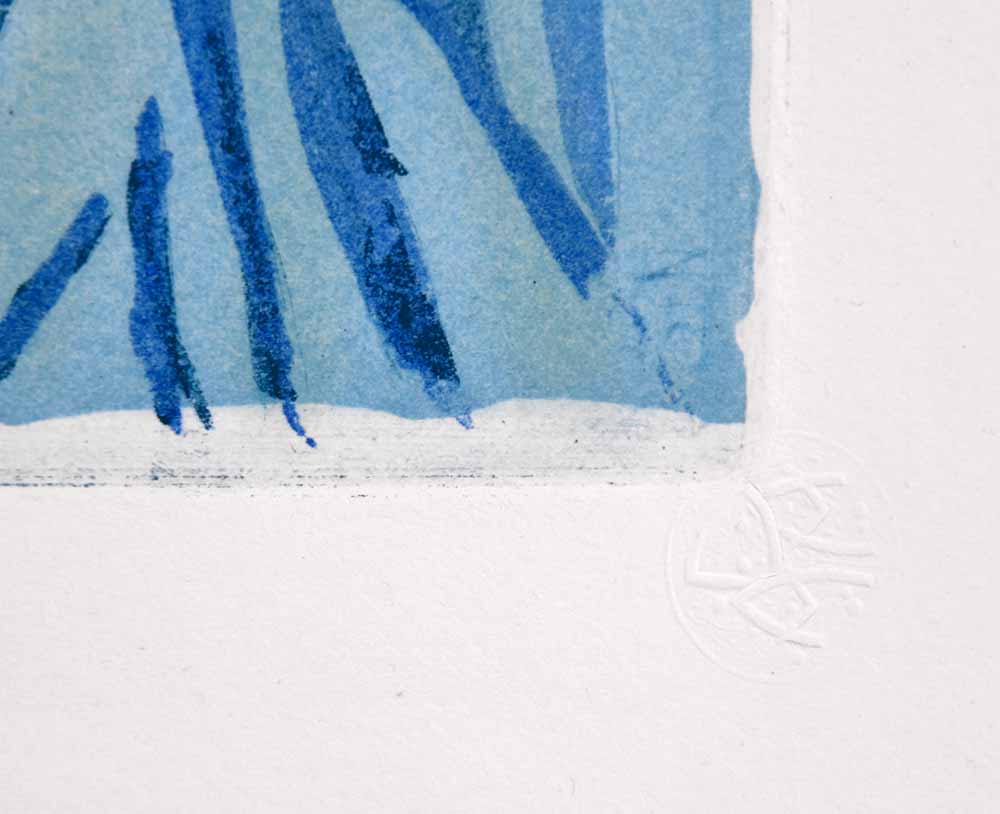 Vincent Van Gogh Jacques Villon Le Paysan (The Peasant), 1927, After Van Gogh depicts the lined and weathered face of a man placed against a warm and complex yellow background. This same color is mirrored in the eyes of the man. Villon mimics Van Gogh’s painterly brushstrokes, which creates beautiful lines and creases in the man’s face. His hands are clutched in front of his chest and he looks contemplatively out of the image – he does not make eye contact with the viewer, but looks over our shoulder. The expressiveness in the man’s face endears us to him, and creates an intimacy between the viewer and the subject.

Created in 1927 after a artwork by Vincent Van Gogh (Zundert, 1853 – Auvers-sur-Oise, 1890), this color aquatint on wove paper is hand signed by engraver Jacques Villon (Eure, 1875 – Puteaux, 1963) in pencil and inscribed with ‘d’apres Van Gogh,' numbered from the edition of 200 in pencil; published by Bernheim-Jeune, Paris.

Vincent Van Gogh Jacques Villon The Peasant (Le Paysan), 1927, After Van Gogh is fully documented and referenced in the below catalogue raisonnés and texts (copies will be enclosed as added documentation with the invoices that will accompany the sale of the work).

Sell your Vincent van Gogh fine art with us. We offer free evaluations. Learn more about selling with us.