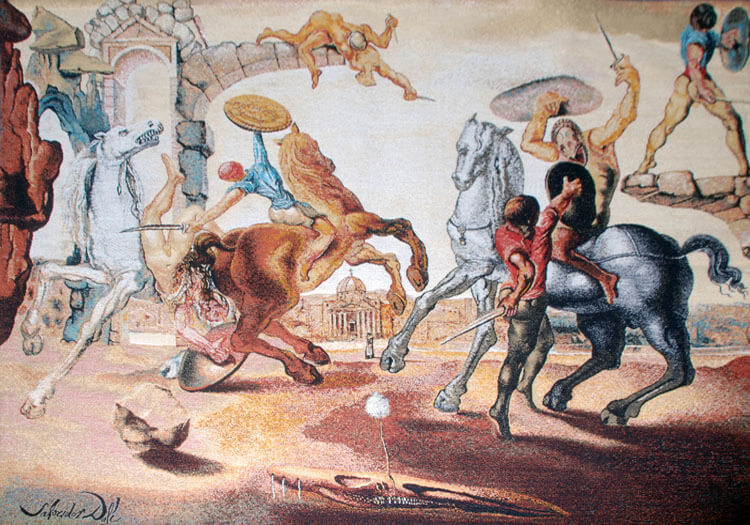 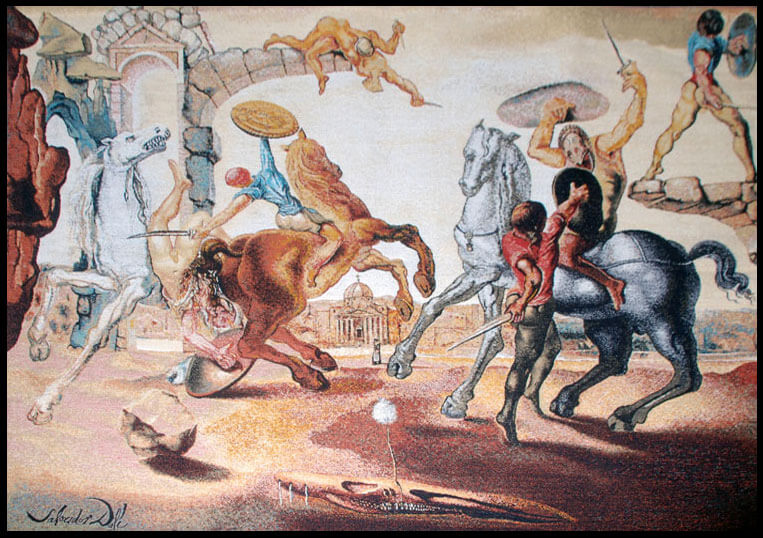 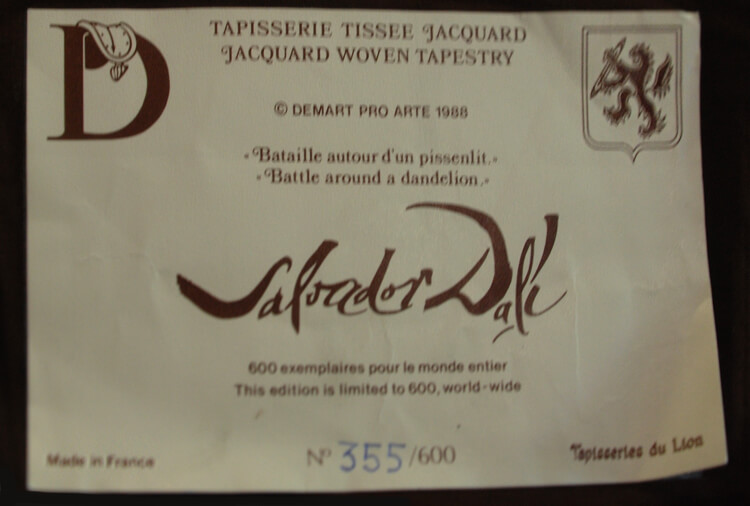 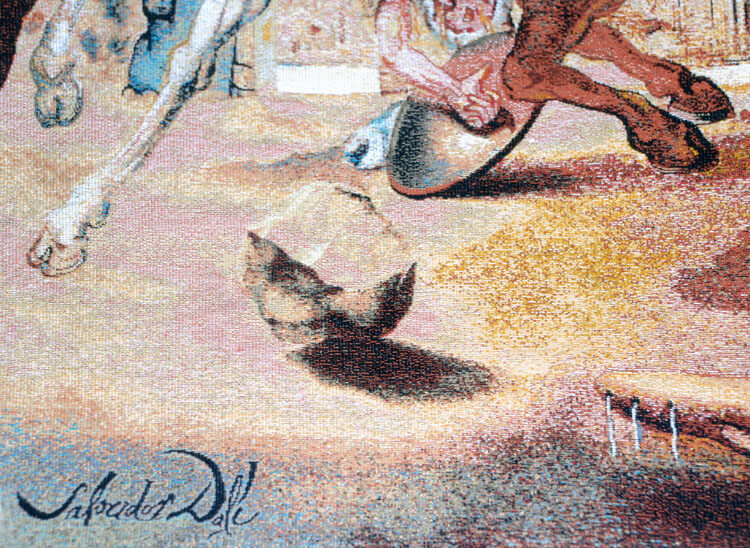 The intricately rendered tapestry conveys a scene reminiscent of classical paintings and sculptures, depicting an idealized view of the human form. Warriors on horseback engage in battle around an unusual object, a dandelion. The viewer cannot be certain of the cause of this epic battle; perhaps it is over the city in the distant background or the dandelion itself. Regardless, it appears to be a brutal battle to the death. This work has a surreal appearance with the lack of detailed eyes in the face and the vaguely defined, barely visible background, yet the work also illustrates the artist's technical skill and mastery of the human form. The soft brown coloration of the work gives a sense of warmth and richness to the environment.

DOCUMENTED AND ILLUSTRATED IN:
1. Certificate of Authenticity issued by Tapisseries du Lion, attached on verso.

2. Néret, Gilles. Salvador Dalí The Paintings Volume II, 1946 -1989. Germany: Benedikt Taschen, 1994. Original oil painting that served as a maquette for this piece listed and illustrated as catalogue no. 915 on pg. 916.

Sell Salvador Dalí artwork with us. We will research its value and popularity for you.