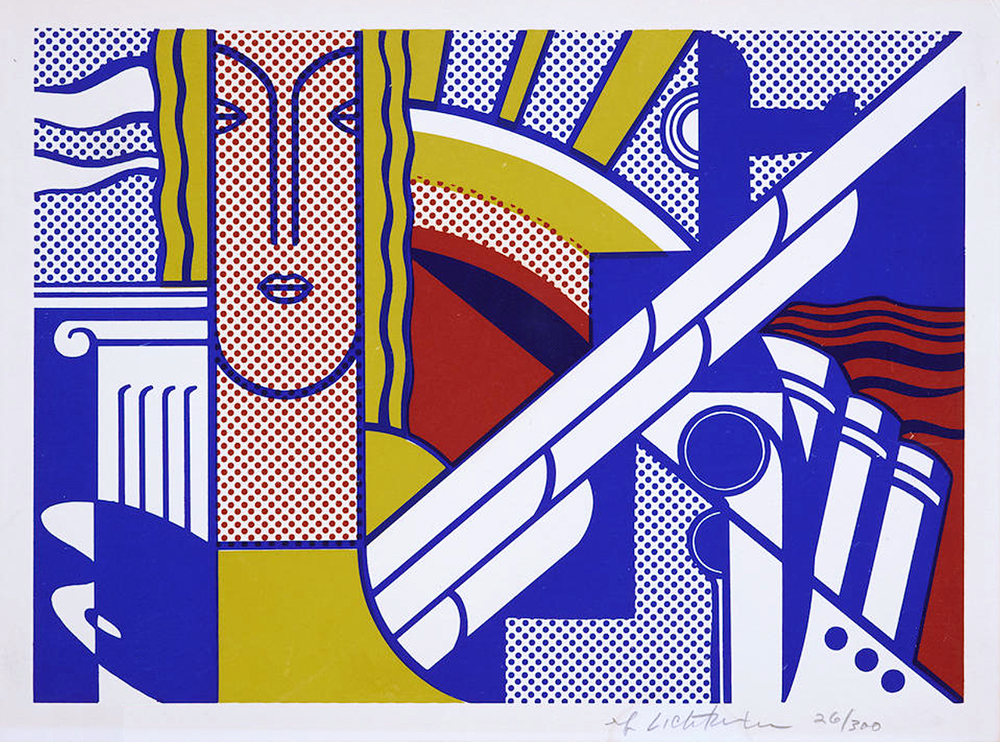 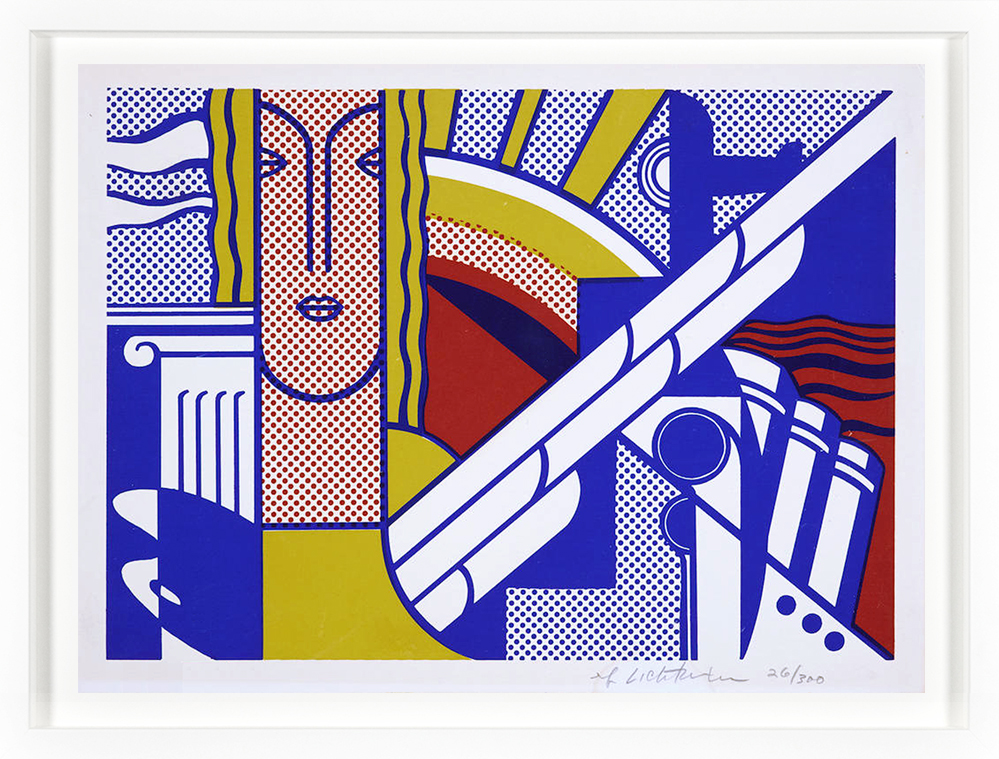 Roy Lichtenstein Modern Art Poster, 1967 is a bold and vivid example of the artist's foray into screen-printing. The screenprint features a strong color palette of red, yellow and blue - favorites of Lichtenstein. The composition incorporates elements of Art Deco, an architectural style that is found all over New York City and was popularized in the 1920s. This makes sense as the work was published by Leo Castelli Gallery in New York City. Lichtenstein also incorporated his comic book style that he was famous for. Combining these two elements creates a dynamic and unique design. The Art Deco style takes on a modern edge with Lichtenstein's dotted shading and geometric abstraction. In 1965, just two years prior, Lichtenstein had started to move away from his comic book style work, so this can easily be read as a transitional work, where he used his notorious artistic style in a subtler way.

Catalogue Raisonné & COA:
Roy Lichtenstein Modern Art Poster, 1967, is fully documented and referenced in the below catalogue raisonnès and texts (copies will be enclosed as added documentation with the invoices that will accompany the sale of the work).

1. Corlett, Mary. The Prints of Roy Lichtenstein: A Catalogue Raisonne 1948-1997. Hudson Hills; Revised Edition (July 19, 2002). Listed and illustrated as II.8.
2. A Certificate of Authenticity will accompany this artwork.

About the Framing:
Framed to museum-grade conservation standards, Roy Lichtenstein Modern Art Poster, 1967, is presented in a complementary moulding with silk mats and optical-grade Plexiglas. 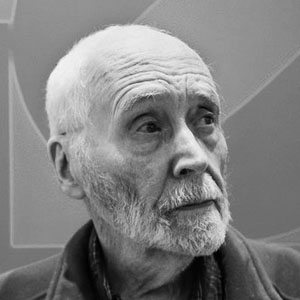