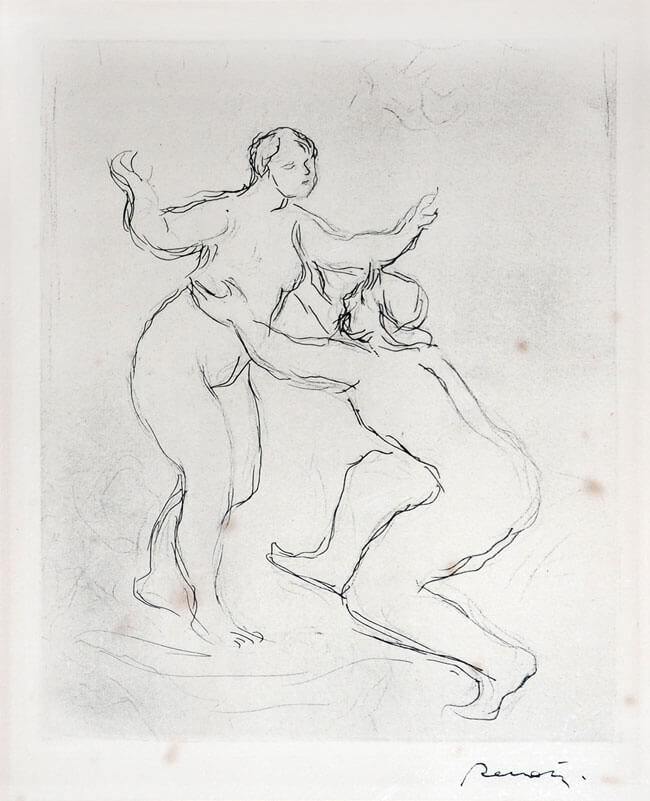 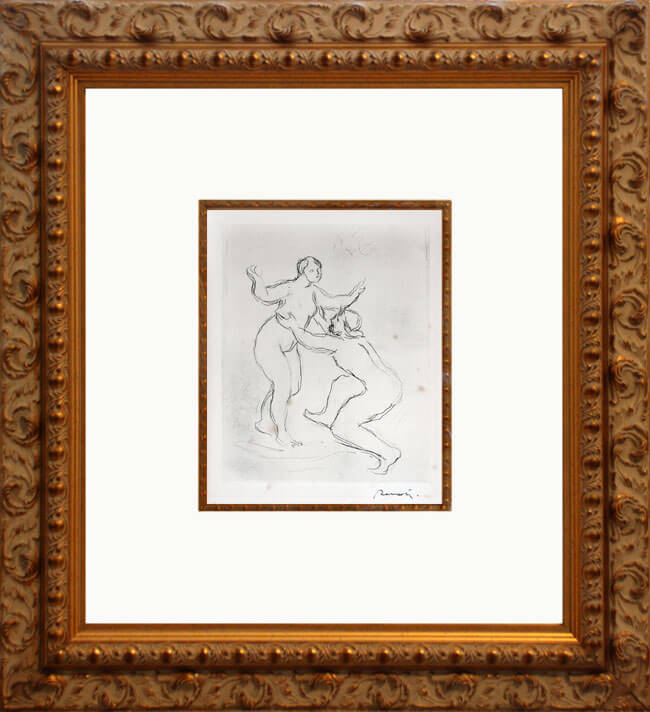 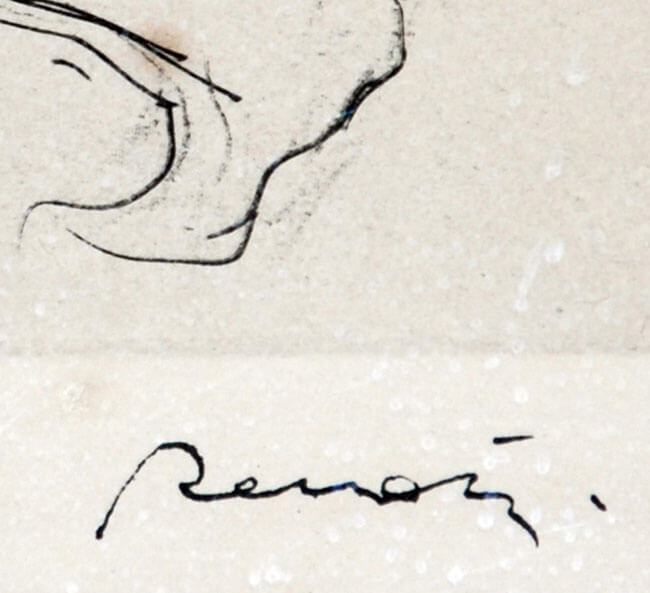 One of Renoir's most famous works, this piece expresses the artist's skillful use of delicate lines and sense of form. Using darkly hatched contour strokes, this gestural work explores the figure in motion. From the first of two versions of this subject matter, the conflict between the two figures is illustrated through opposing gestures. The figure to the left appears surprised with arms thrown back, as the figure on the right lunges toward her with arms outstretched. The faintly visible trace of a tree in the upper right and a river below the figures alludes to the sense that the setting is in nature. Appearing as though emerging out of the river, the right figure is in a crouching position at a profile to the viewer. With her feet touching the edge of the river, the figure on the left retreats back in astonishment. The delicate features of both figures are beautifully executed, with a minimal use of line this work is a wonderful example of the artist's technical skill.

Created c. 1900-1910, this work is printed on a wove paper and is stamp signed in the lower right. Published by Ambroise Vollard, this work is from the second and last state of the first version, the plate was cancelled after printing. There are only 35-50 proofs from the first state as reference in Stella and it is believed that the second state had a similar amount of proofs.

About the Framing:
Conservation framed with archival materials and museum quality, this work is set in an ornate stepped gold leaf frame. The brushed quality of the frame compliments the lightness of this work, while the gold accentuates the contrast in this print. The swirling and circular forms of the moulding enhance the fluidity of this work. Completed with white linen wrapped mattes and a matching gold inner fillet, this work is set behind an archival Plexiglas cover. 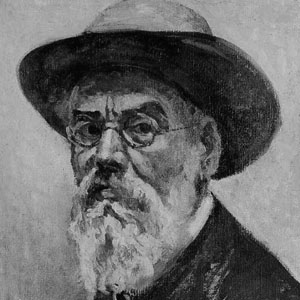