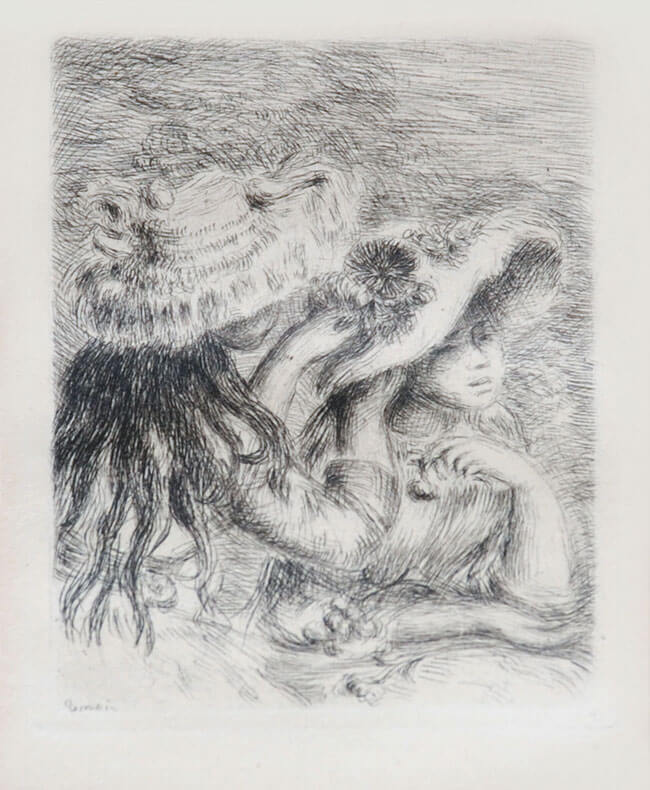 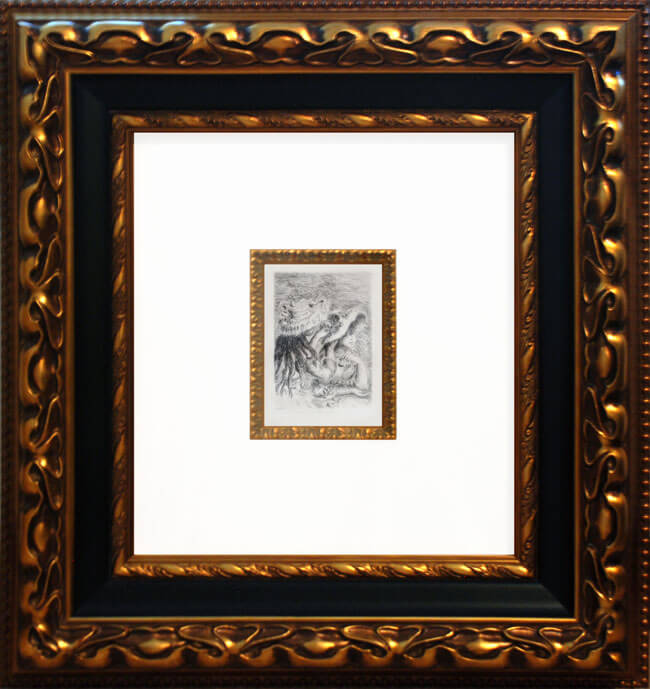 Depicting a serene view of two young women posing for their portrait, this extremely delicate work expresses the beauty and elegance of Renoir's portraiture. Noted by Stella, "As the subtitle explains, Berthe Morisot's daughter, Julie Manet, and her cousin are the models for this subject." The two figures are delicately composed with detail of the hatched lines throughout the work. Seated in elegant dresses and wearing large hats with ribbons on them, the face of only one figure is visible while the other is obscured with her back to the viewer. Looking away from us in contemplation while having her hat adjusted, the left figure appears to sit back in space through the use of lighter values. With her back to us, the right figure appears as though she is closer, with more line work and stronger values throughout her hair and hat. Wonderfully executed, this work is a strong example of the impressionist reflection on life as that of light and beauty.

Created c. 1894 by Pierre-Auguste Renoir (1841-1919), this work is created after the troisième planche, or Third Version of the plate (the prior two feature the girls facing in the opposite direction with much less detail). Hand signed in the plate by Pierre-Auguste Renoir (1841 - 1919) in the lower left of the image, this print is created after the second state of two. Featured in the 1894 publication of La Vie Artistique by Gustave Geffroy and also in the 1921 work, Renoir et ses Amis by Georges Rivière.

2) The Graphic Work of Renoir, by Joseph G. Stella, references as Stella 8.

ABOUT THE FRAMING:
Set in an eloquent gold frame, the curved accents of the moulding complement the delicate lines and values in this work. The contrasting shadows created when light hits the sculptural, organic elements of the frame enhance the varying hues throughout the image. Completed with a white silk-wrapped mat and matching gold inner fillet, this work is set behind an archival Plexiglas® cover.