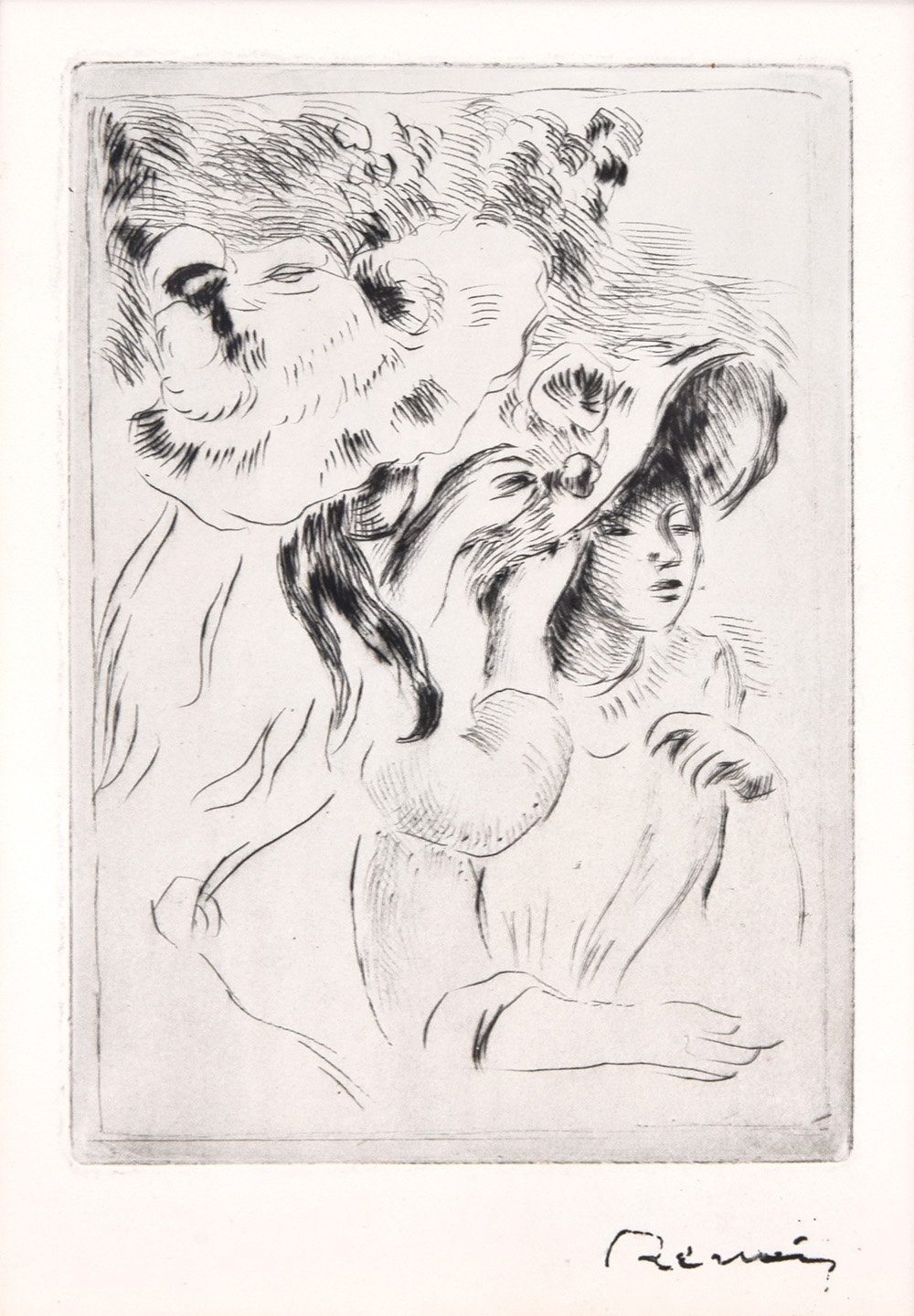 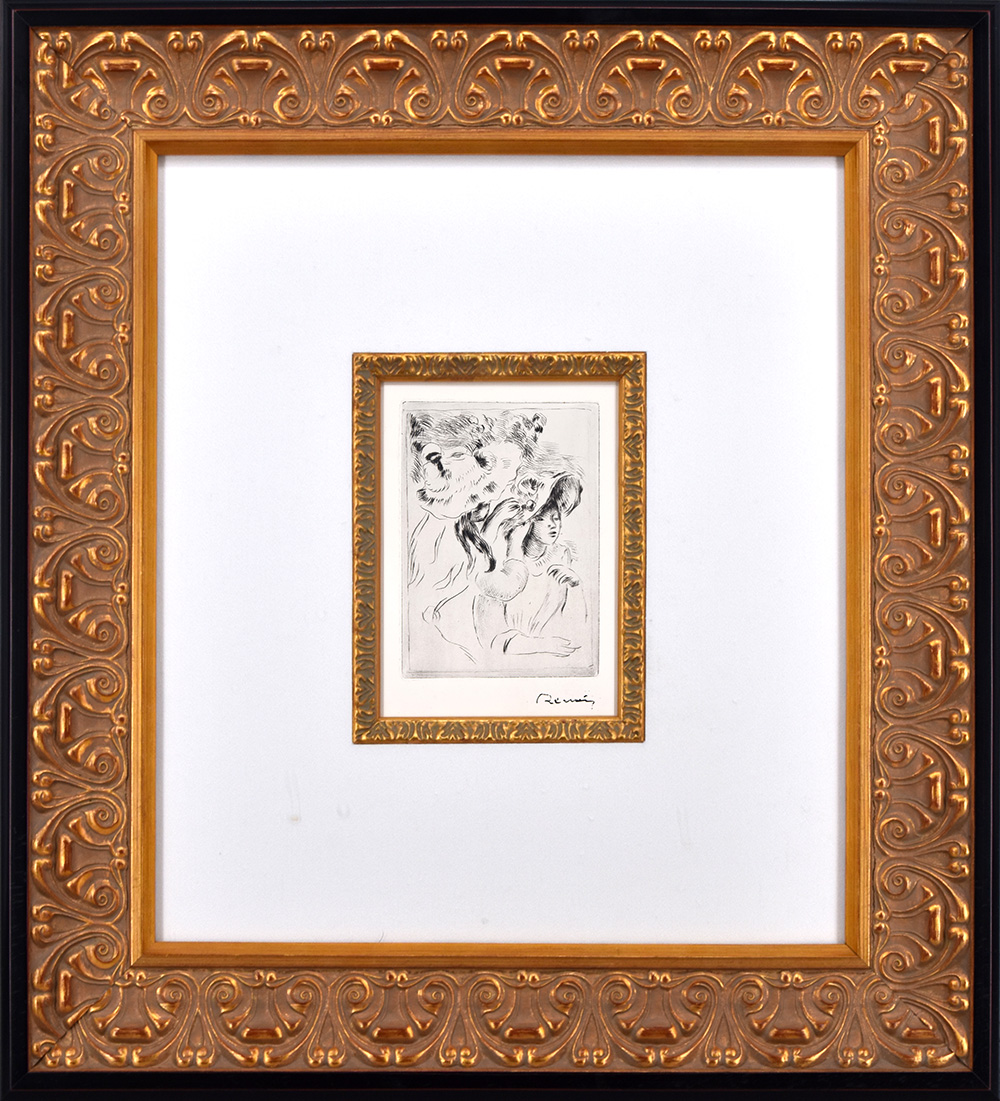 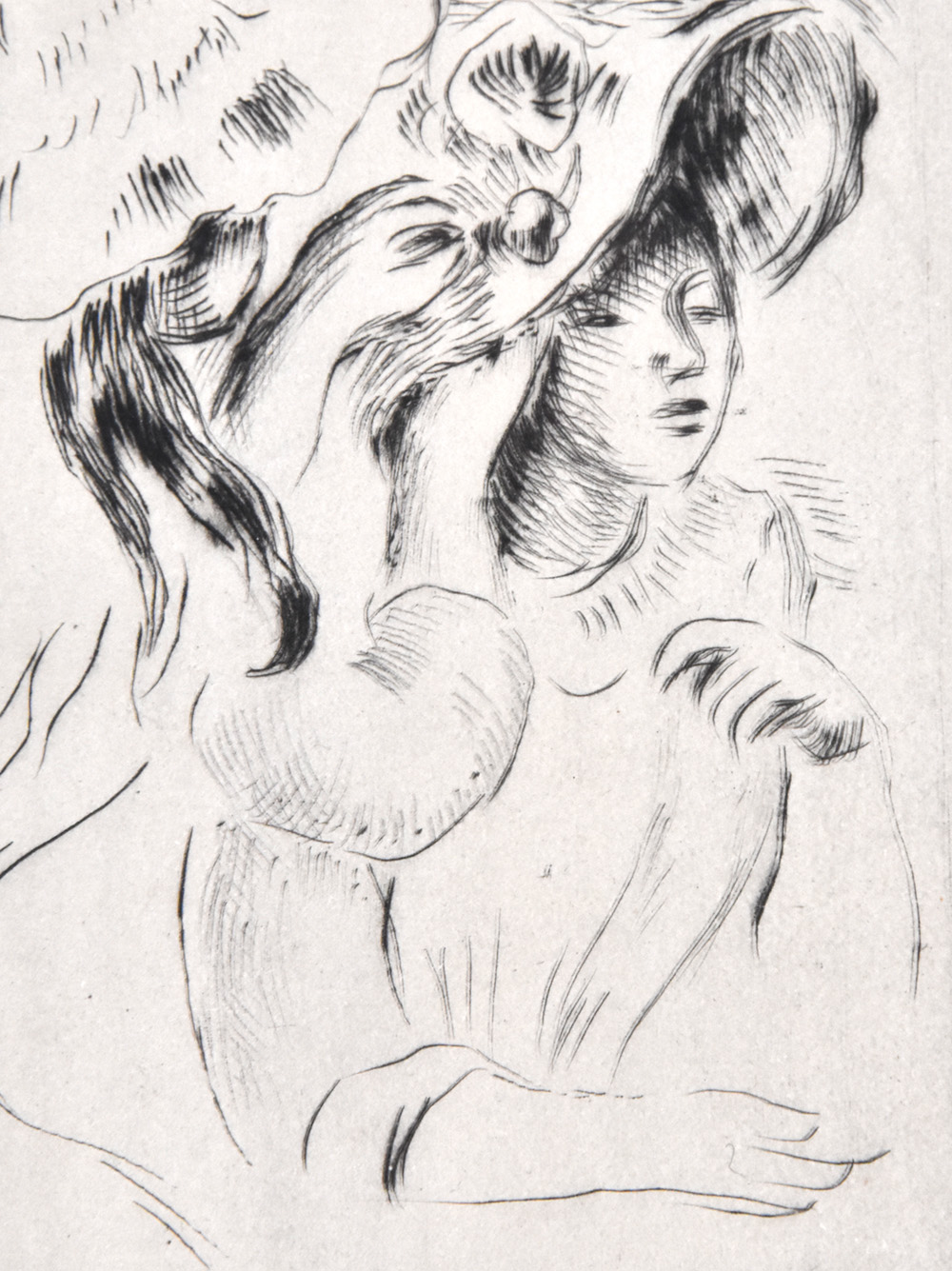 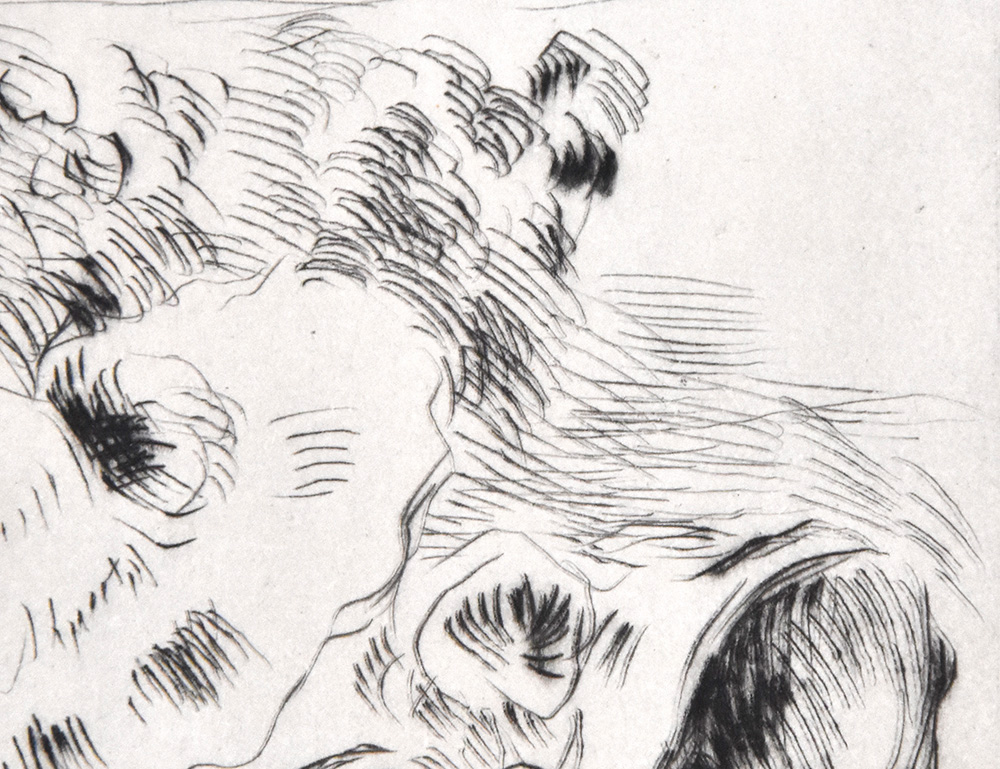 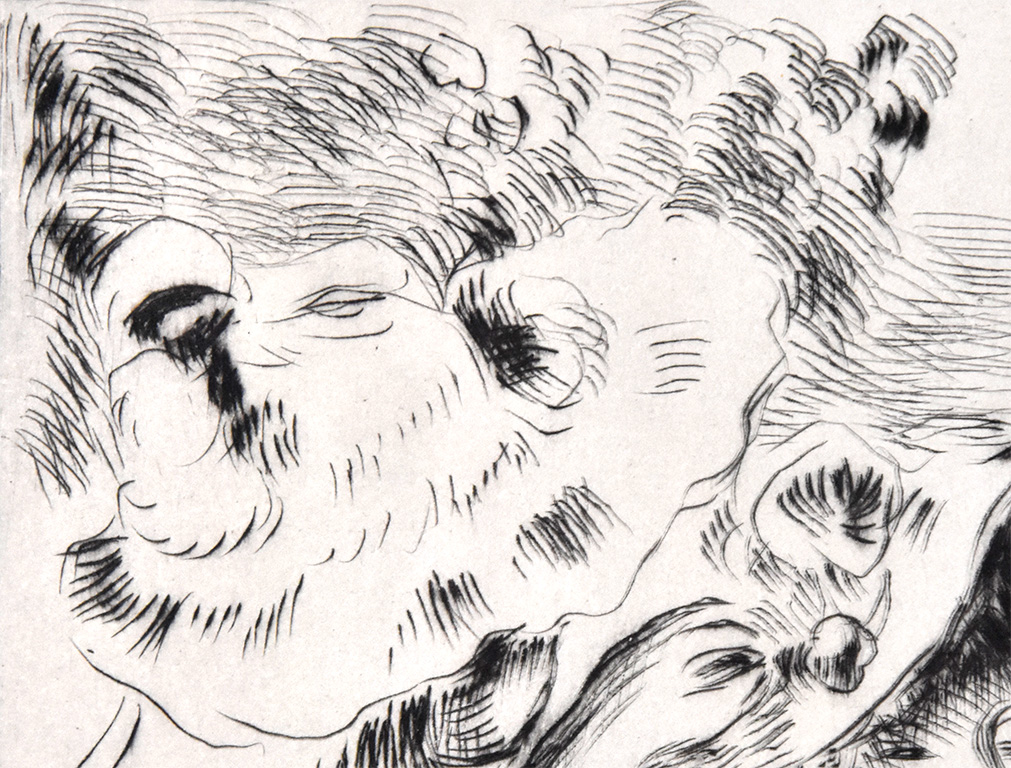 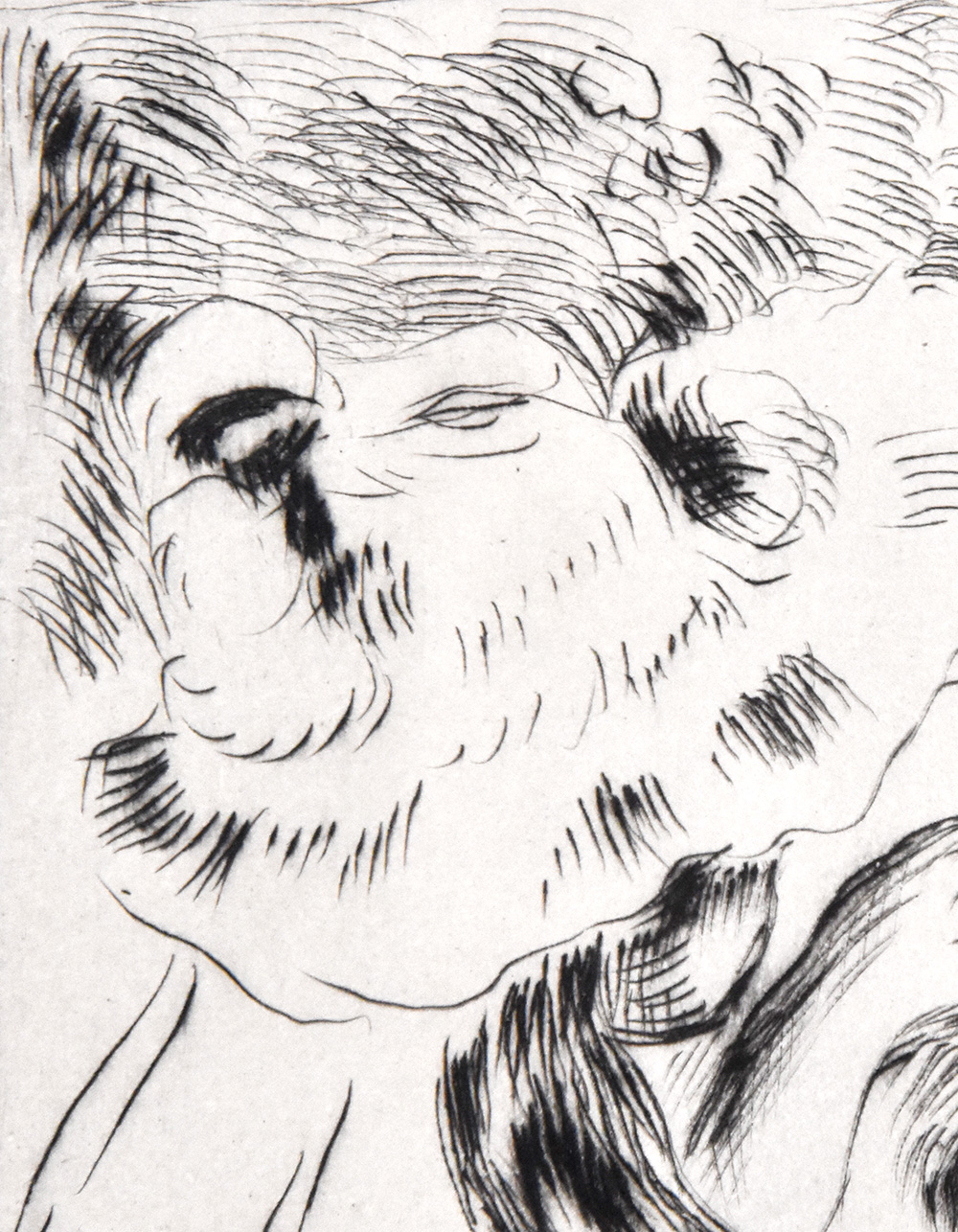 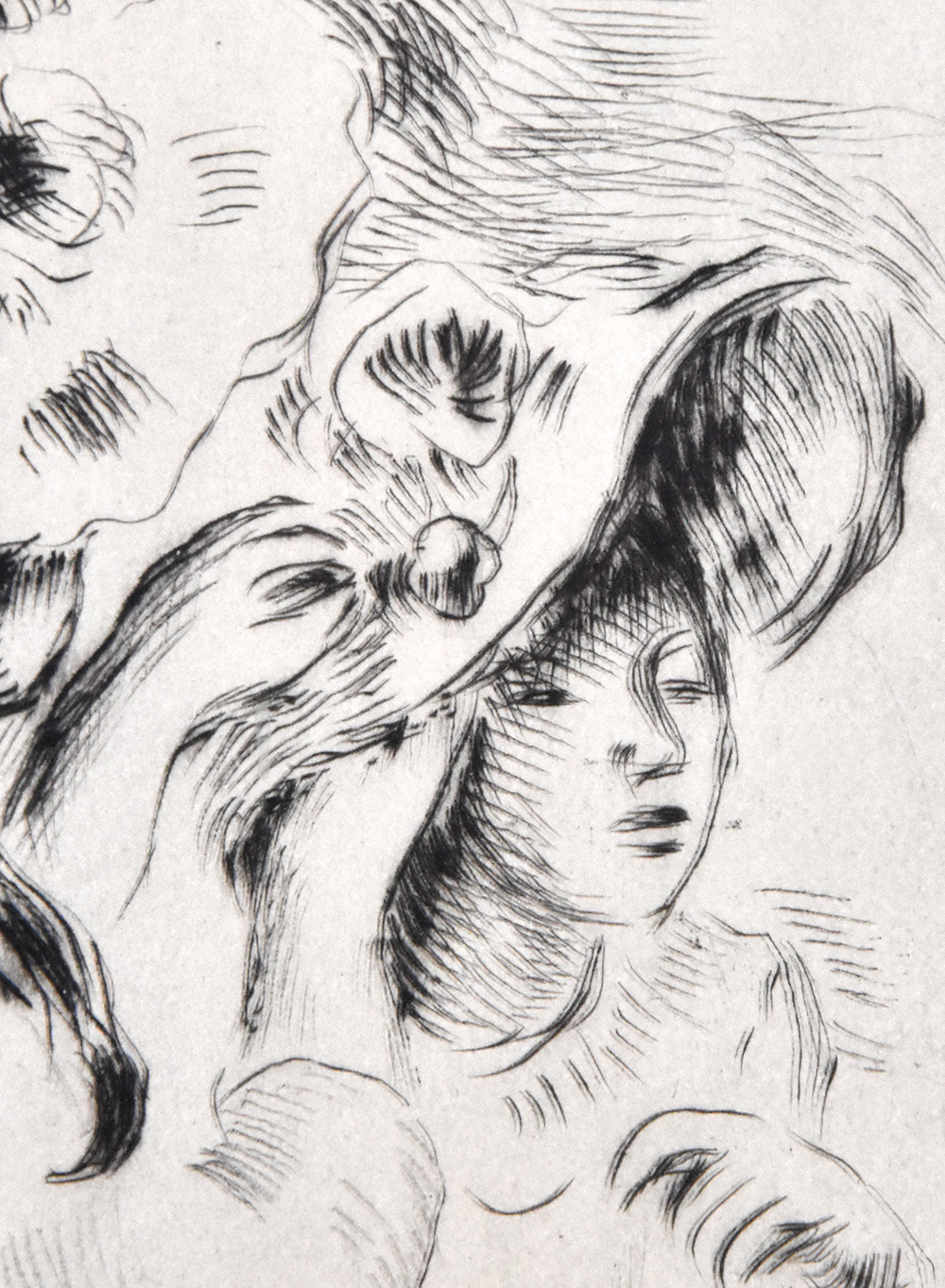 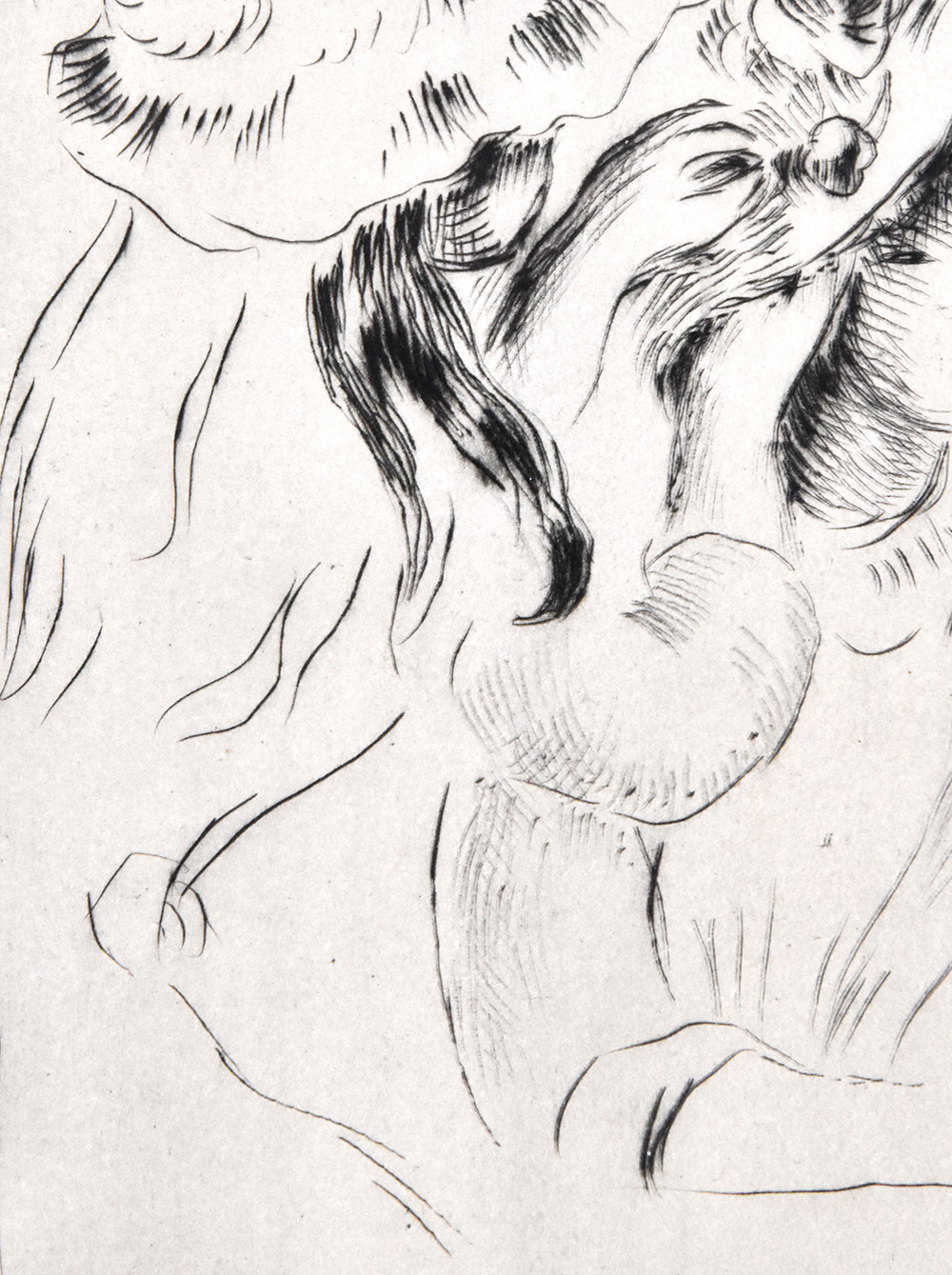 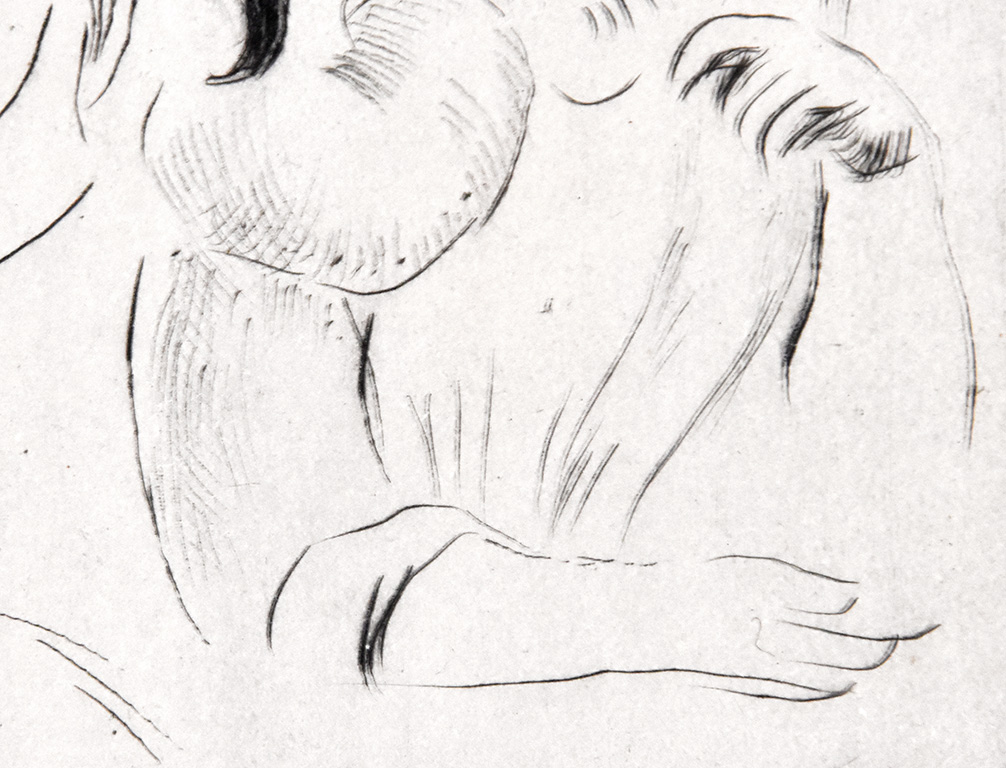 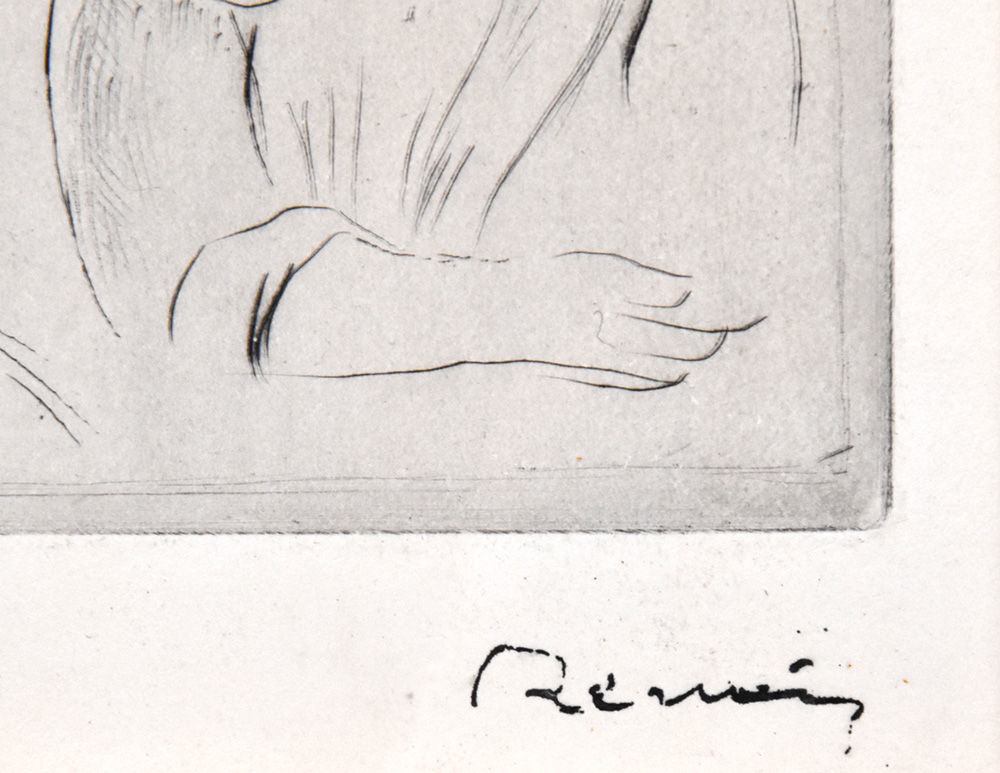 Returning to a familiar subject, Renoir captures fellow painter Berthe Morisot's daughter and her cousin in a sweet moment. Morisot, one of the few woman Impressionists to figure as prominently in the art scene as her male counterparts, was a good friend and repeat subject of the painter. In this original etching, both girls wear wide-brimmed hats, one sitting quietly while the other fixes a flower with a pin. Marc Elder writes of Renoir, "The old world revealed to his eye wonders forever invisible to other men. For him alone matter danced unexpected dances in the patterns of stone" (Renoir's Atelier, xlvi). Transforming an everyday scene with his etcher's burin, the artist describes dappled, wavering sunshine with short, effective marks. He sees movement where others see stillness. Le chapeau épinglé (La fille de Berthe Morisot et sa cousine) is a charming print and a song to the everyday.

Created c. 1894, this etching has the stamped signature 'Renoir' in the lower right margin. A state II of II impression from the second plate (out of three) in this series, the other etchings from Le chapeau épinglé display variations on this image. An example of this print was displayed in the exhibition La Femme - L'enfant at Galeries Brunner in 1922.