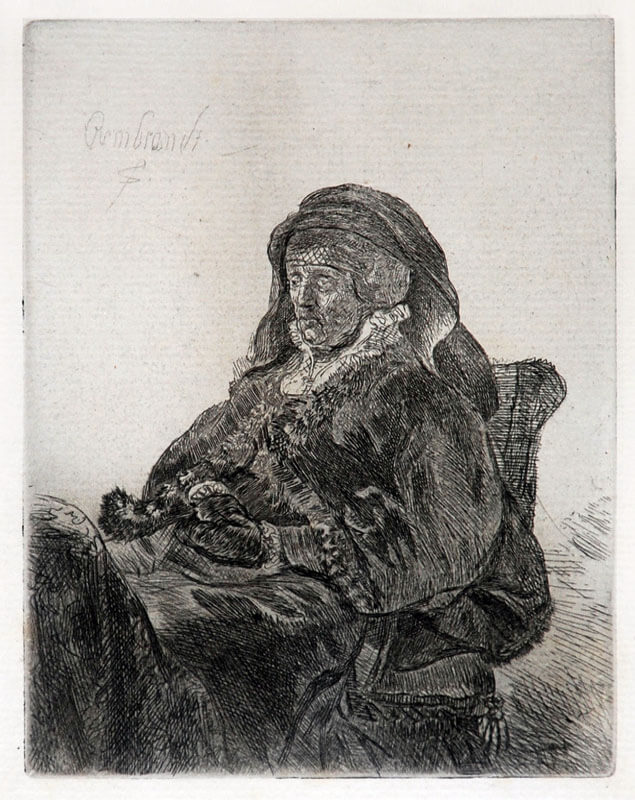 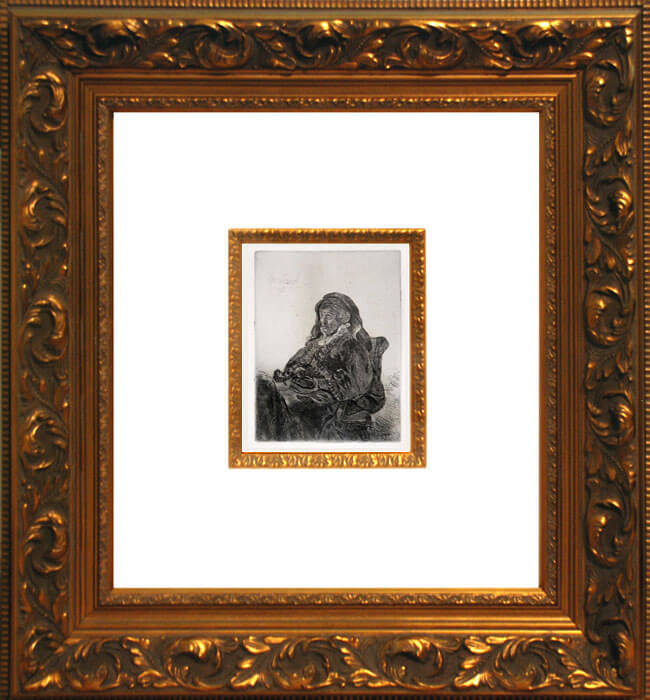 Full of dark black intricately etched lines, Rembrandt Rembrandt's Mother in Widow's Dress and Black Gloves, 1632 is an intimate look at the artist's mother in a solemn moment. Highly textured with a multitude of cross-hatched lines, this work entices the viewer to inspect the work closely to see all of the complex details within the figure.

Seated in nearly full profile, the artist's mother appears in a state of calm reflection. This work portrays her dressed in clothes of mourning for the loss of her husband, the dark black widows dress is in strong contrast with the background as well as the black gloves on her hands. Leaving no minute detail unrealized, the small undulating ruffles and the fur-like trimming of the sleeves and collar in this figure are intricately rendered. Though a deep, dark black impression, the separate features of the figure and chair are masterfully composed and visually stand out with varied textures and amounts of hatched lines.

Rembrandt Rembrandt's Mother in Widow's Dress and Black Gloves, 1632 is fully documented and referenced in the below catalogue raisonnés and texts (copies will be enclosed as added documentation with the invoices that will accompany the sale of the work).

ABOUT THE FRAMING:
Framed to museum-grade, conservation standards,Rembrandt Rembrandt's Mother in Widow's Dress and Black Gloves, 1632 is presented in a complementary moulding and finished with silk-wrapped mats and optical grade Plexiglas.

Sell your Rembrandt fine art with us. We offer free evaluations. Learn more about selling with us.