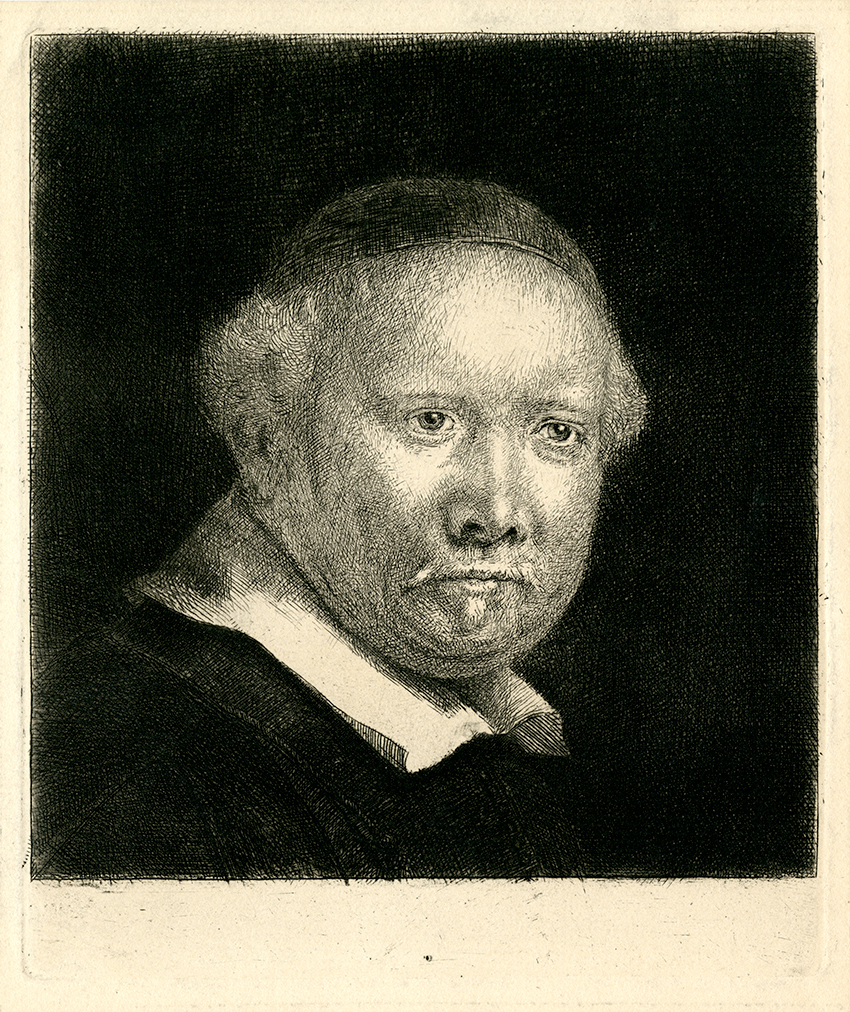 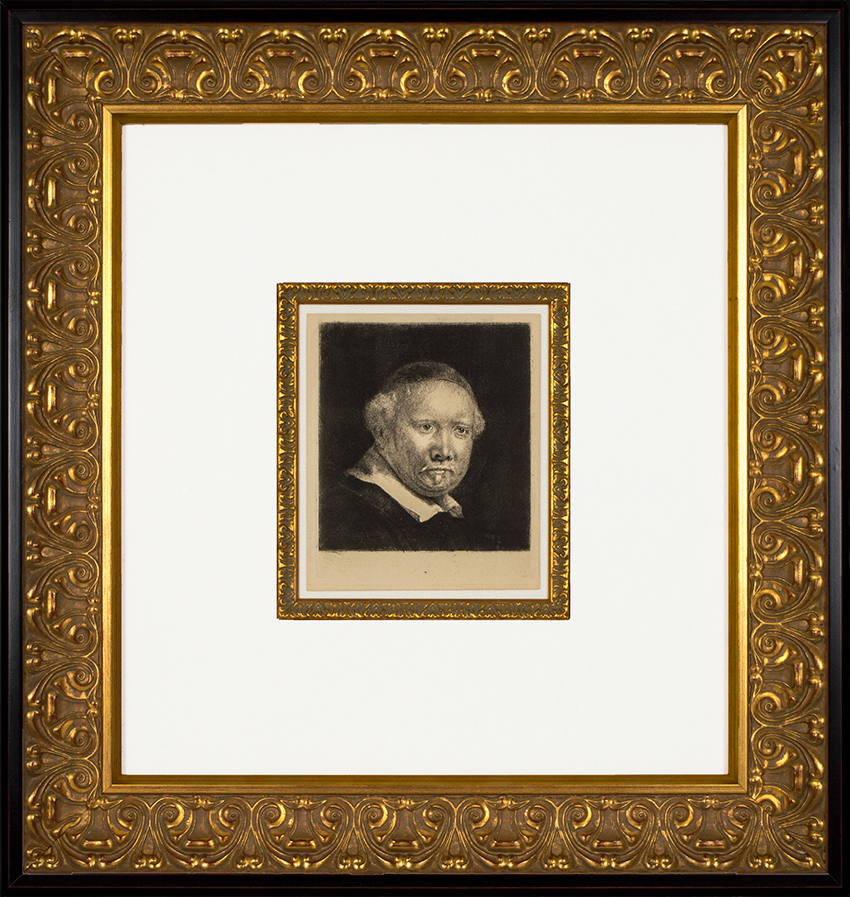 Rembrandt Lieven Van Coppenol, The Larger Plate, c. 1658 of calligrapher Lieven van Coppenol was commissioned by the subject himself as a tool for self-promotion. As a collector and practitioner of calligraphy, van Coppenol felt that he was exceptionally talented and often added poems praising his vast talents beneath his etched portraits. In this version, Rembrandt focuses on the play of light across van Coppenol's face, shown in three-quarter view. Van Coppenol's bright eyes gaze just past the viewer, and he appears deep in thought, as though contemplating what to write next. In earlier states of this work, Rembrandt depicted van Coppenol sitting against a curtained background, poised with quill in hand, preparing to write upon a blank sheet of parchment. This portrait of a scholar appeals to collectors of the Master's work.

Created circa1658, this original etching, according to Nowell-Usticke, is a State IX/X (of XI) impression. The plate has been cut down to the head only with a 16-mm margin within the plate mark beneath the image. The impression is sharp and clear. This work is a Björklund State VI (of VI) and a Hind State VI (of VI). Printed on fine laid paper, this dark impression features a distinct plate mark all around.

Catalogue Raisonné & COA:
Rembrandt Lieven Van Coppenol, The Larger Plate, c. 1658 is fully documented and referenced in the below catalogue raisonnés and texts (copies will be enclosed as added documentation with the invoices that will accompany the final sale of the work).

6. Nowell-Usticke, G.W. Rembrandt's Etchings, Narberth, 1988. Listed and illustrated as catalogue raisonné no. B. 283.

7. Schwartz, Gary. Rembrandt: All the etchings reproduced in true size, New York, 1977. Listed and illustrated as B 283.

10. A Certificate of Authenticity will accompany this work.

About the Framing:
Rembrandt Lieven Van Coppenol, The Larger Plate, c. 1658 is framed to museum-grade, conservation standards, presented in a complementary moulding and finished with linen-wrapped mats and optical grade Plexiglas.