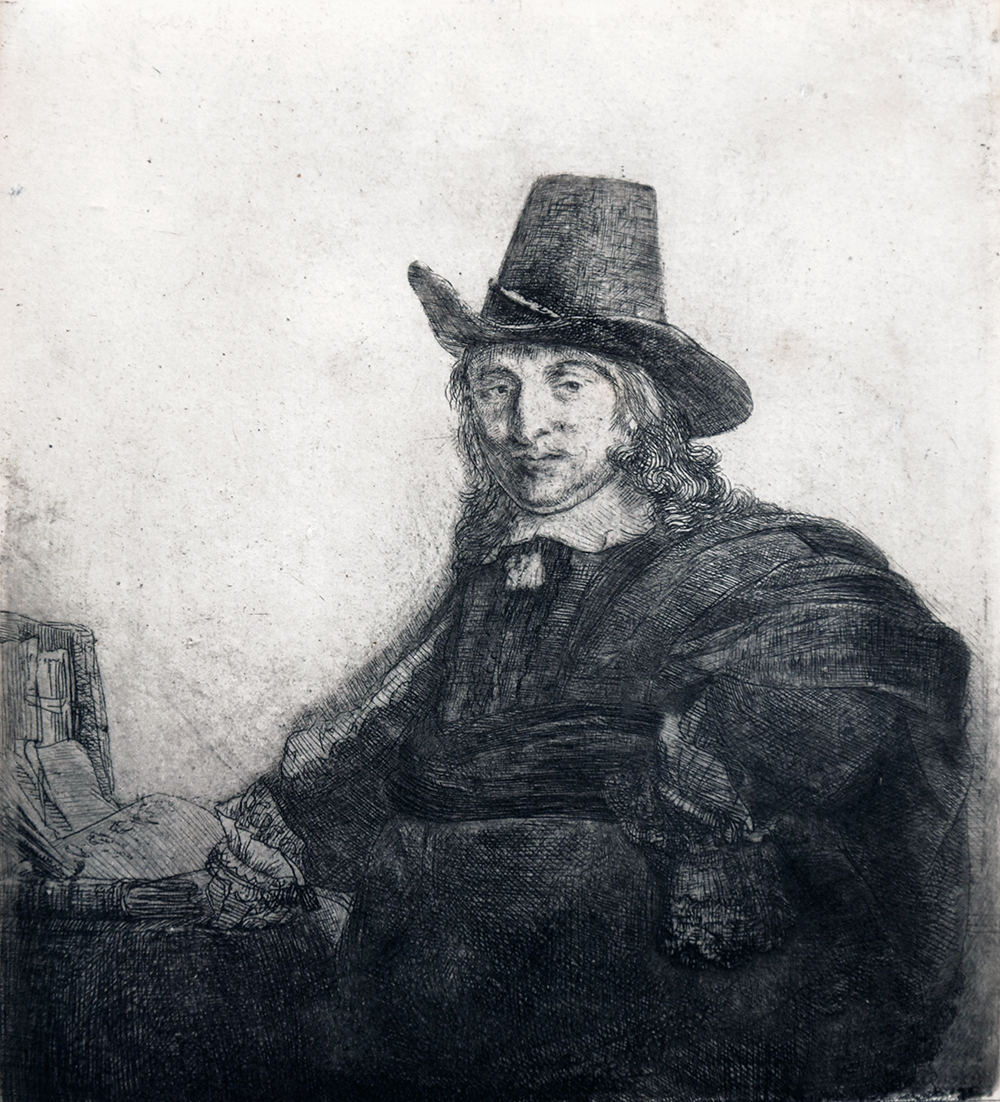 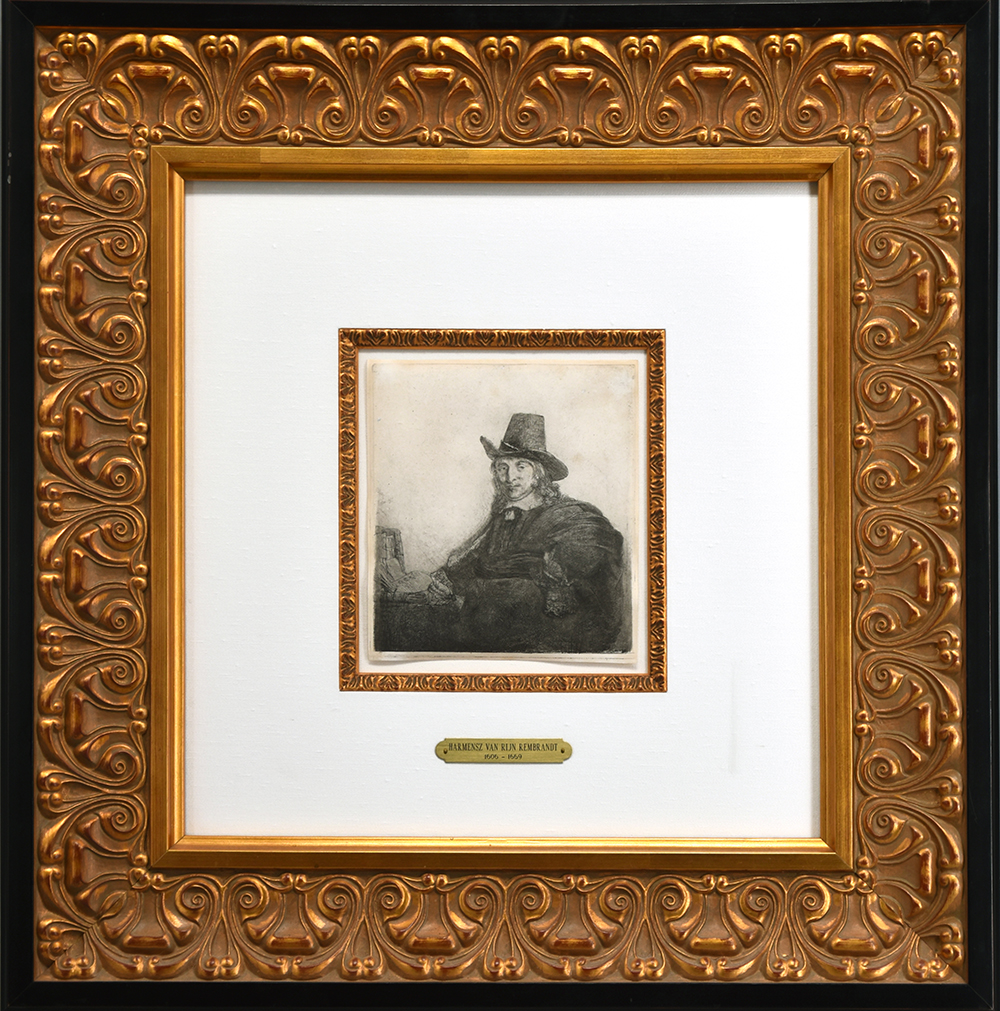 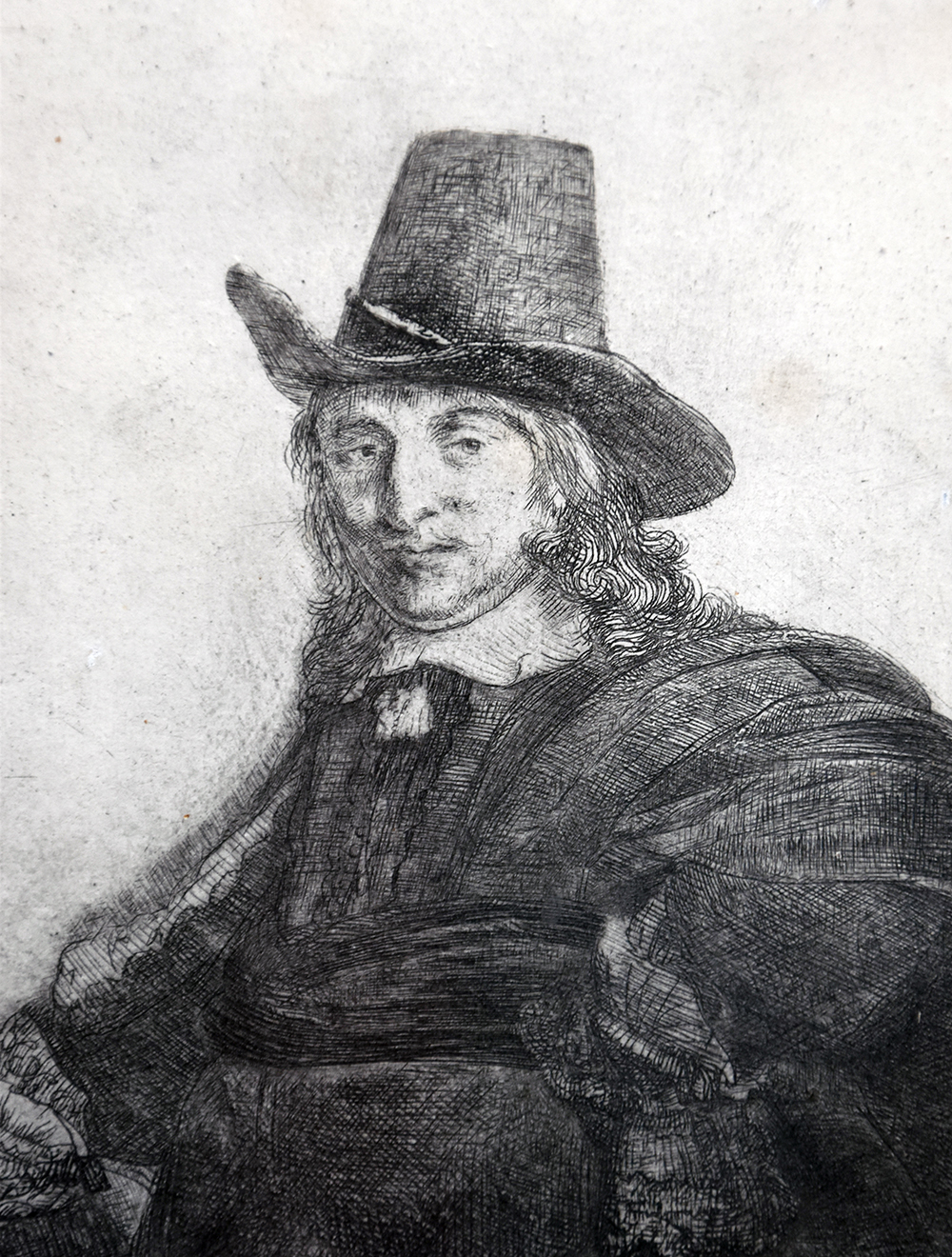 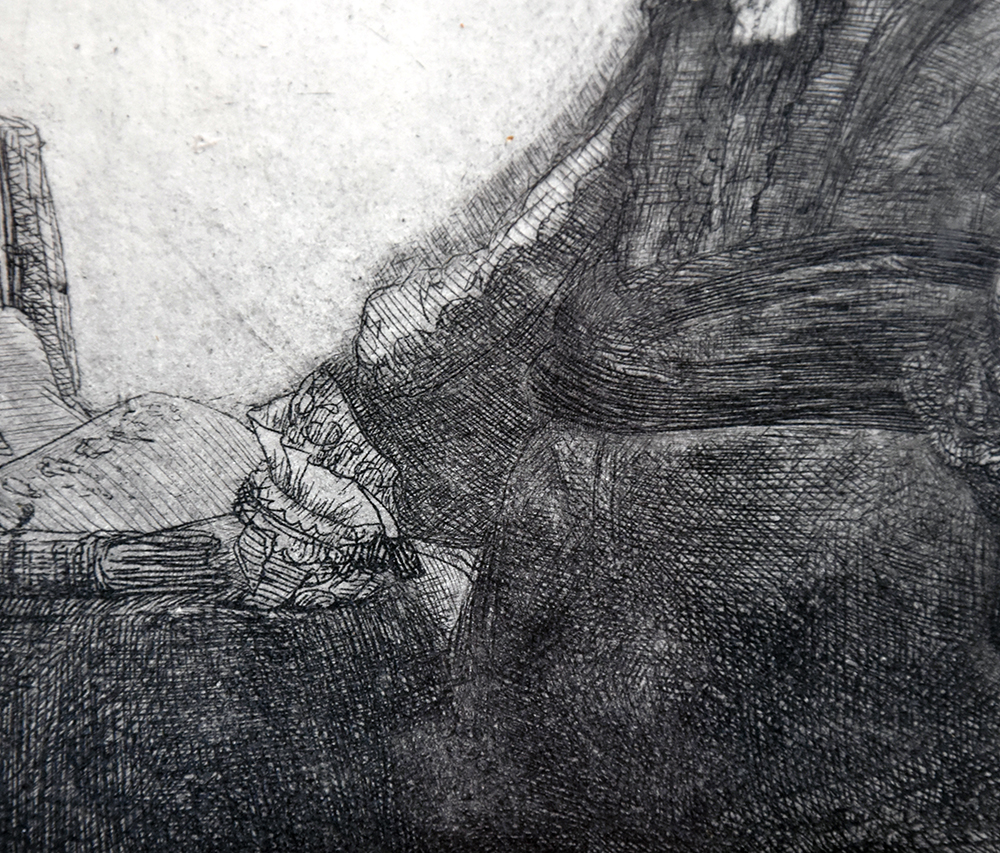 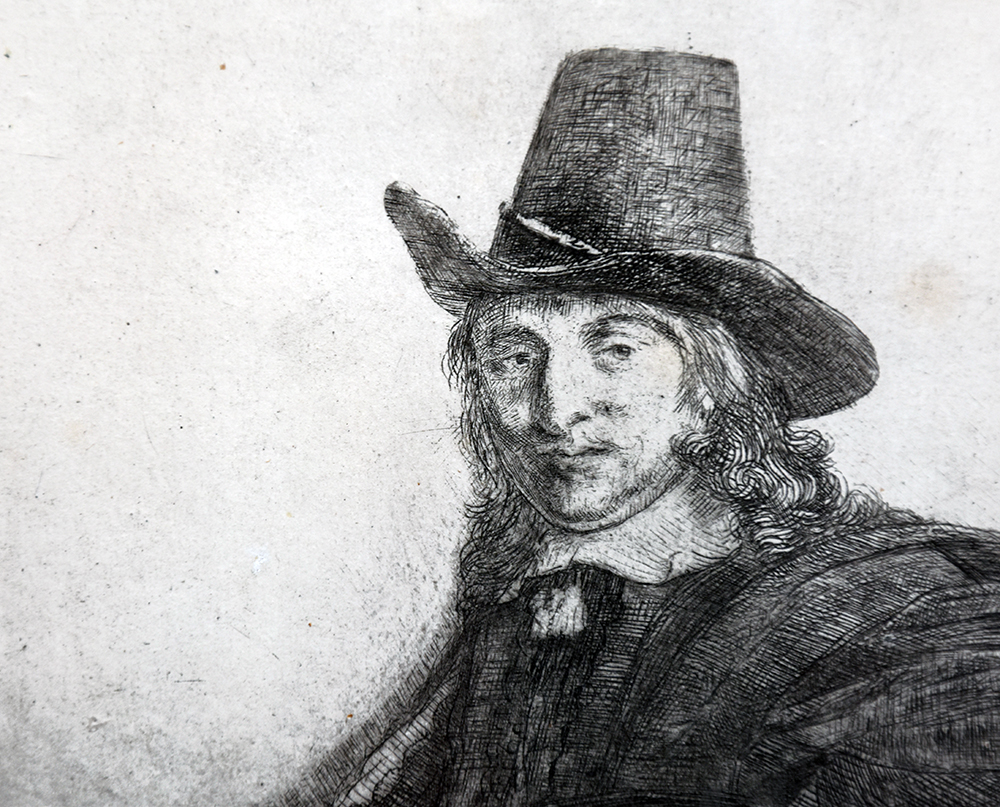 This strikingly rich and bold print features a handsome Jan Asselyn, depicted here in a comfortable, seated position. This 4th state impression is incredibly detailed - a perfect example of Rembrandt's creative vision and innovative techniques in manipulating light throughout his works. Jan Assleyn was a fellow artist in Rembrandt's day; born in Holland, he was a landscape painter whose works served almost as a journal of his travels. According to Rembrandt scholars, Jan Assleyn was small in stature and also had a deformed hand - he was nicknamed 'Crabbetje' as a result (neither feature is distinguishable in this portrait).