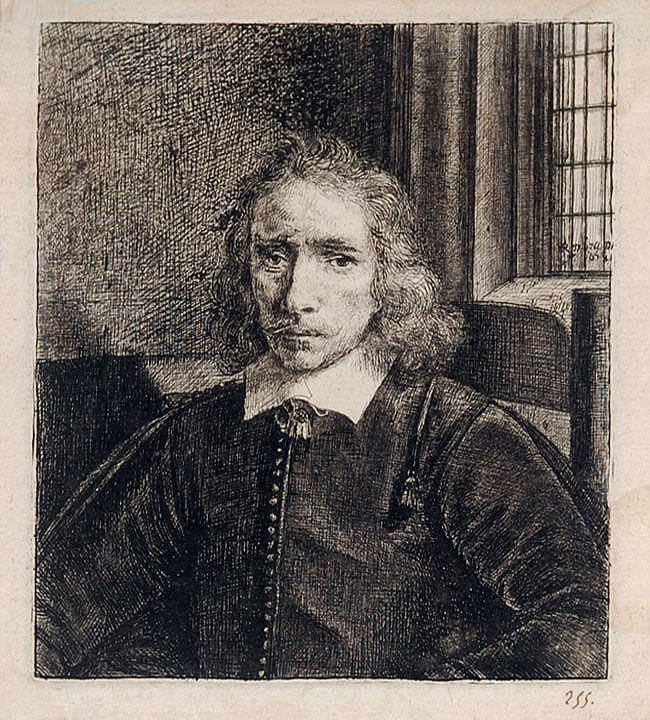 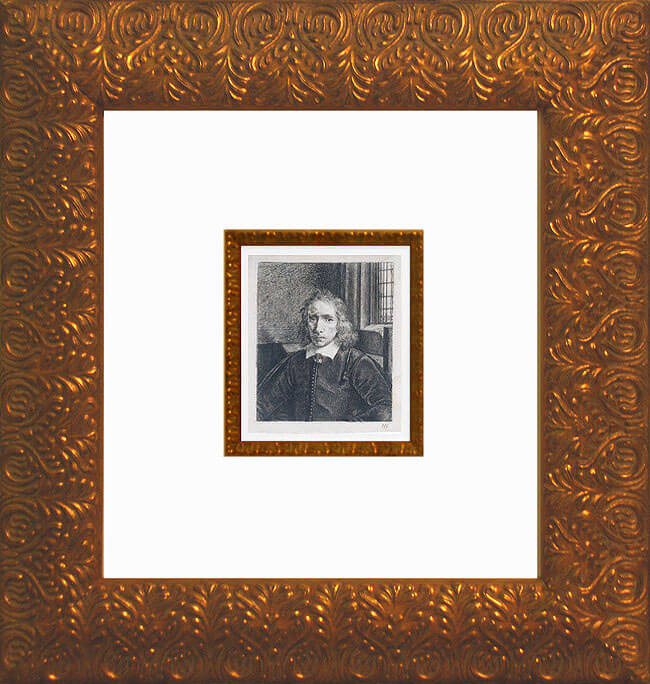 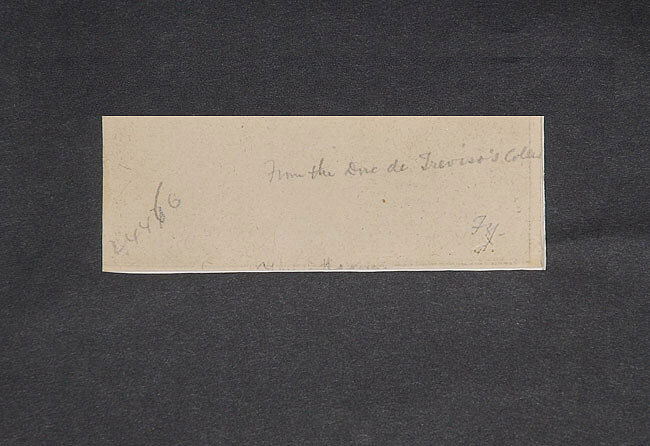 Jakob Thomasz Haringh, (The Young Haring), 1655 was the son of the elder Jacobsz Haringh (a prominent art auctioneer during the mid-17th century, see B.274). The younger Jakob Haringh, featured here, is elegantly portrayed in an austere seated position by a multi-paned window. The light which streams through illuminates the majority of the work, mainly along the left side of his face and some of the background, allowing for a greater depth of field and sense of space within the portrait. Haring was a prominent lawyer for the Court of Insolvents. In 1657-1658, he was to direct the dissolution of Rembrandts (Leiden, 1606- Amsterdam, 1669) assets upon his bankruptcy. This work is noted in pencil on verso 'From the Duke de Traviso's Collection.'
Created in 1655, this work is an exquisite portrait of the young Jakob Thomasz Haringh (also known as Pieter Haringh) signed and dated in the plate at the right by Harmensz van Rijn Rembrandt (1606 - 1669): 'Rembrandt f. 1655' . Printed on a fine, laid paper, this work is a Nowell-Usticke early State IV (of IV); Hind State V (of V); Biörklund State V (of V); Boon & White State V (of V).

1. From the private collection of the Duke de Traviso (noted in pencil on verso).

Catalogue Raisonné & COA:
Rembrandt Jakob Thomasz Haringh, (The Young Haring), 1655 is fully documented and referenced in the below catalogue raisonnés and texts (copies will be enclosed as added documentation with the invoices that will accompany the final sale of the work).

9. A Certificate of Authenticity will accompany this work.

About the Framing:
Rembrandt Jakob Thomasz Haringh, (The Young Haring), 1655 is framed to museum-grade, conservation standards, presented in a complementary moulding and finished with linen-wrapped mats and optical grade Plexiglas.