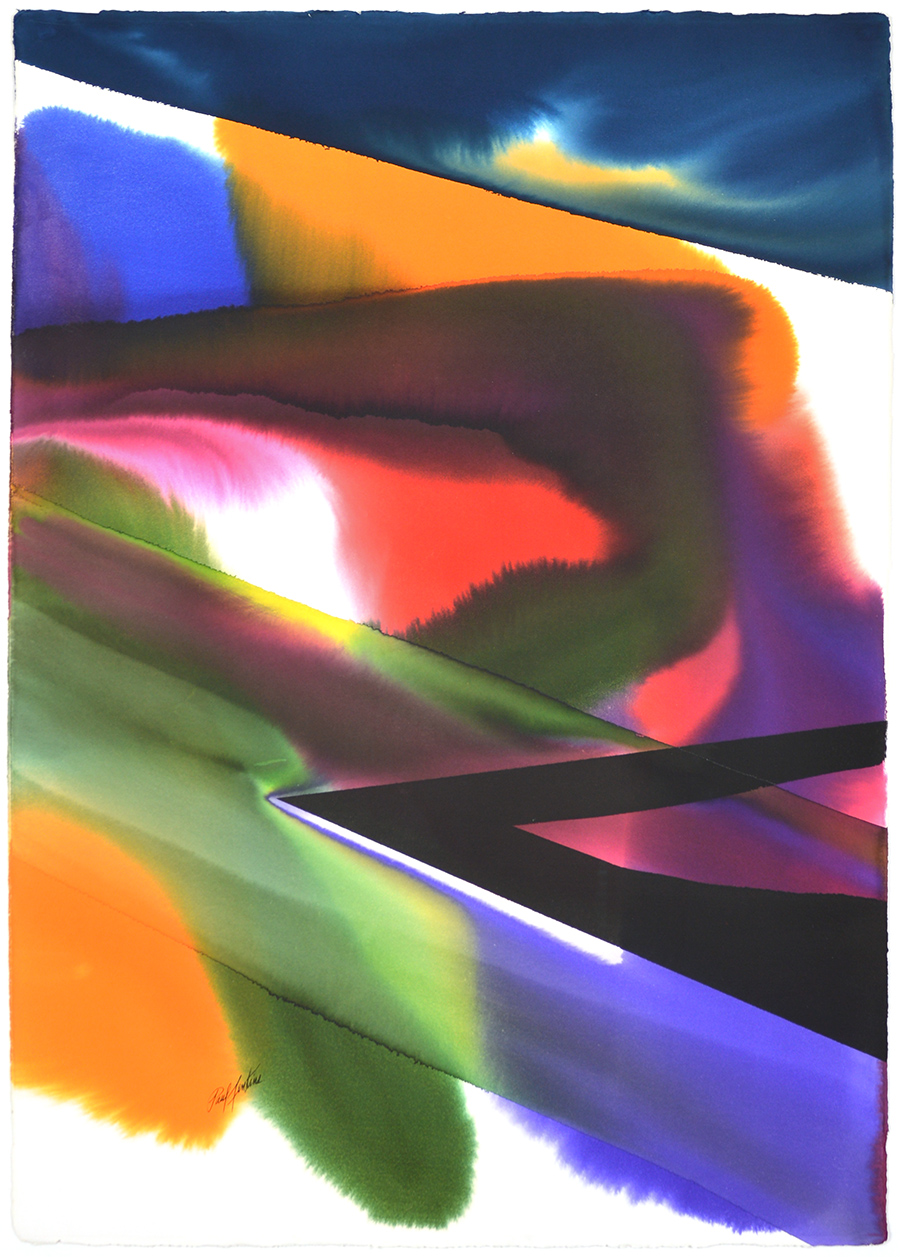 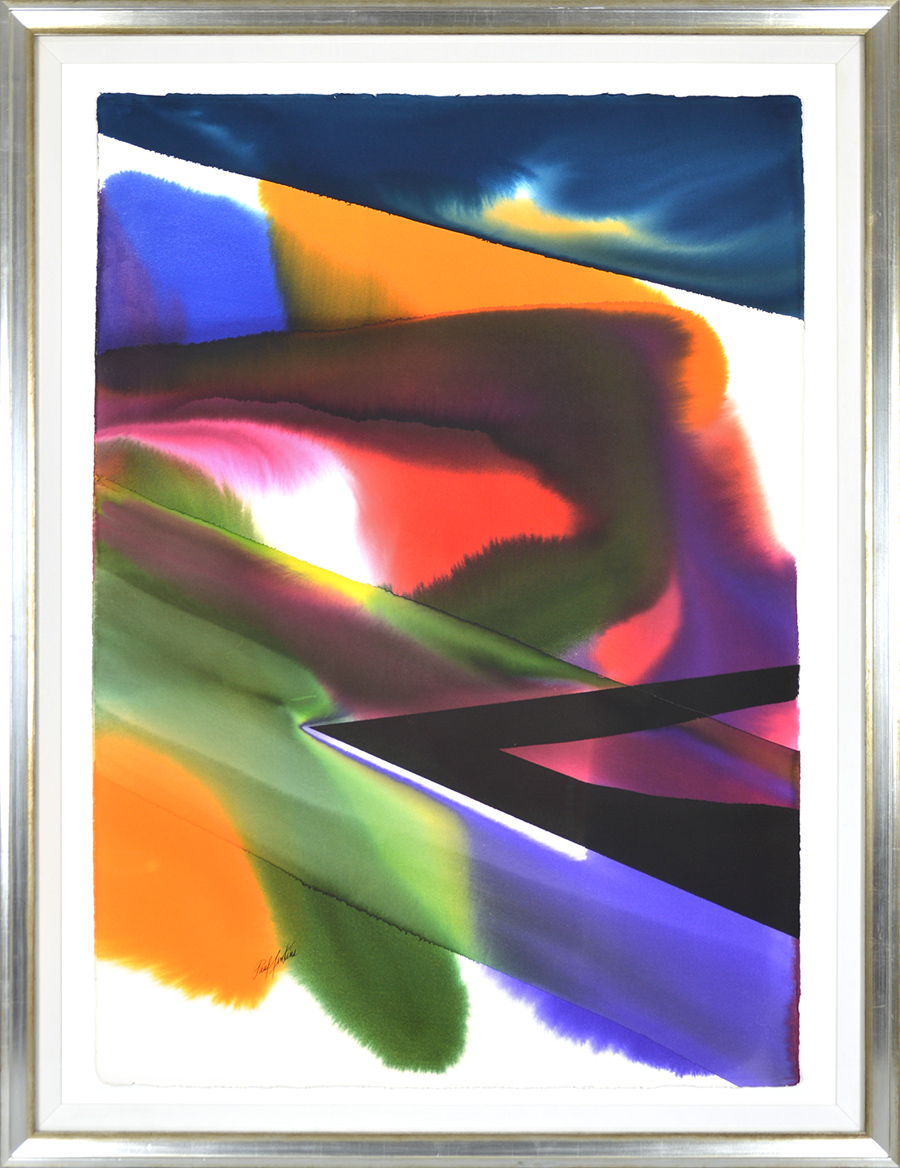 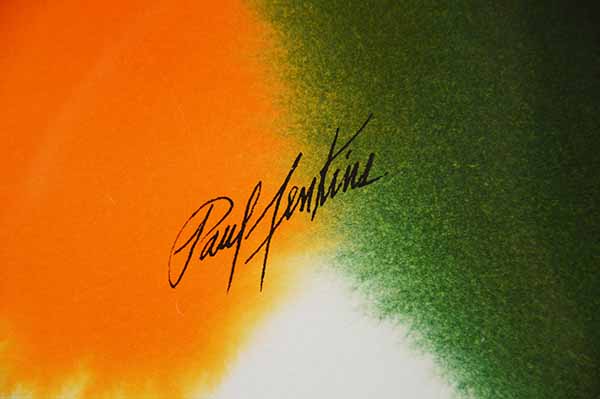 Paul Jenkins Untitled, 1985  evokes something both lovely and fateful, akin to a balmy summer evening with an impending dark storm. The diagonal movement of the piece resembles the zigzag of a winding road, and we get the sense of sliding through transcendental hills and pigmented clouds. The sliver of dark blue dominating the top of the piece reveals a spot of beautiful yellow-orange, and it feels as if we’re looking at a glowing sunset on the horizon, wrapped in stormy rolling clouds. It’s hard to look away from the piece, its saturated melting forms forming a sublime magical landscape, and one can almost feel the electric air, the immensity, and the awe that this Jenkins watercolor conjures. This work truly does possess something phenomenal, occurring beautifully before our very eyes yet remaining thoroughly mysterious and enthralling. The range of hues and saturations is fully realized; from the deepest blue to the tropical orange to the fresh white of the paper, the piece is a luscious visual feast. Jenkins's creation progress approached the manner of a musical conductor. He directed the paint rather than controlled it, letting the flowing paint create its own forms, and allowing it to engage with other elements of the piece. The paint then transformed into stunning and mesmerizing compositions, exemplified gorgeously in Jenkins Untitled, 1985.

Created in 1985, this unique original watercolor on paper is hand signed by Paul Jenkins (Kansas City, 1923–New York, 2012) in ink in the lower left; also signed and dated in ink on the verso.

Paul Jenkins Untitled, 1985 is fully documented and referenced in the below catalogue raisonnés and texts (copies will be enclosed as added documentation with the invoices that will accompany the sale of the work).

A Certificate of Authenticity will accompany this artwork.

Framed to museum-grade, conservation standards, Paul Jenkins Untitled, 1985 is presented in a complementary moulding and finished with silk-wrapped mats and optical grade Plexiglas.