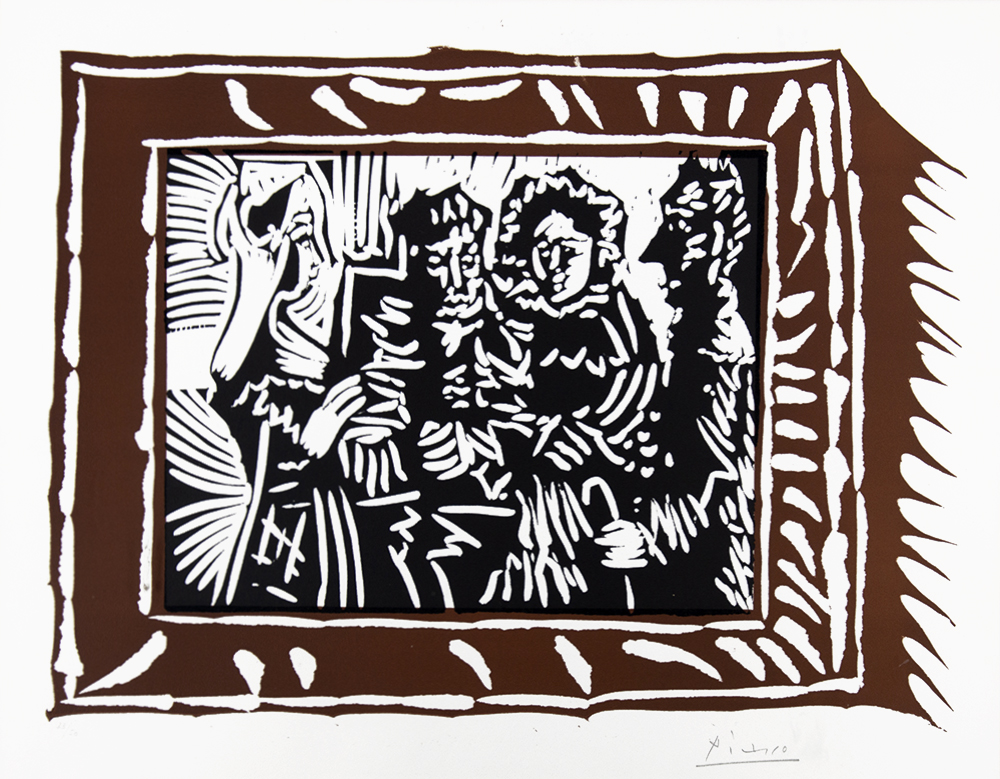 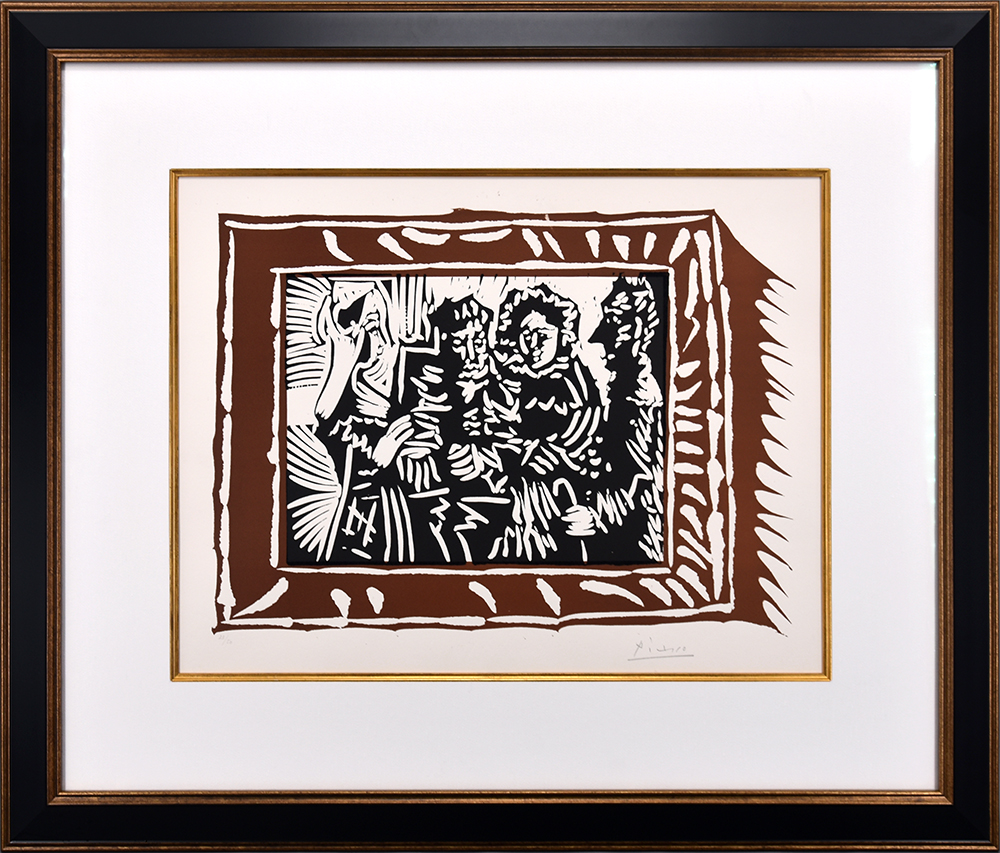 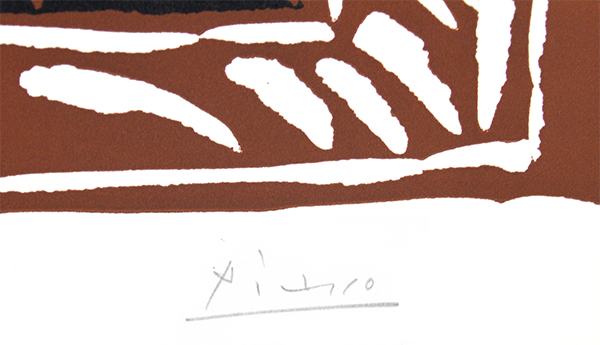 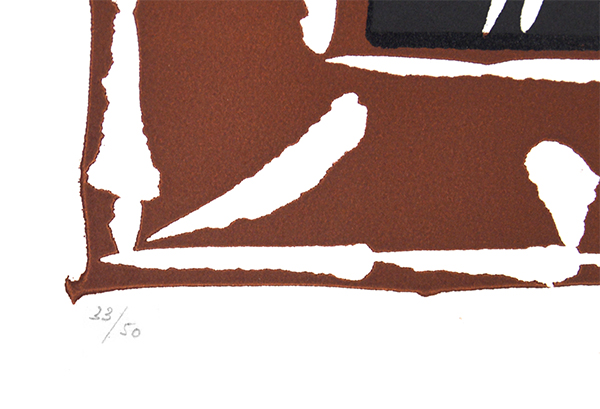 Pablo Picasso Scene Familiale (Family Scene), 1962 beautifully showcases the master's skill in linoleum cuts.  Utilizing strong color contrasts and bold lines, Picasso (Malaga, 1881- Mougins, 1973) creates an intimate scene of familial gathering. Four figures, two male and two female, huddle together in conversation at the center of the composition. Their forms are conveyed through the heavy use of black, divided by sharp, white lines. The figures are flattened, a quality often made famous by Picasso's cubist compositions. According to Brigitte Baer, this textured print was made from two plates: the central plate depicting the family of four and the outer plate that frames it. This use of a bordering plate contributes to the sense of family and togetherness conveyed throughout the piece. The viewer feels as though he or she is glimpsing in through a window or looking at a candid family snapshot. This piece also relays a sense of texture through the use of jagged diagonal lines, particularly to the right of the border, which give the illusion of fabric or a tapestry.

Catalogue Raisonné & COA:
Pablo Picasso Family Scene (Scene Familiale), 1962 is fully documented and referenced in the below catalogue raisonnés and texts (copies will be enclosed as added documentation with the invoices that will accompany the sale of the work).

About the Framing:
Framed to museum-grade, conservation standards, Pablo Picasso Family Scene (Scene Familiale), 1962 is presented in a complementary moulding and finished with silk-wrapped mats and optical grade Plexiglas.