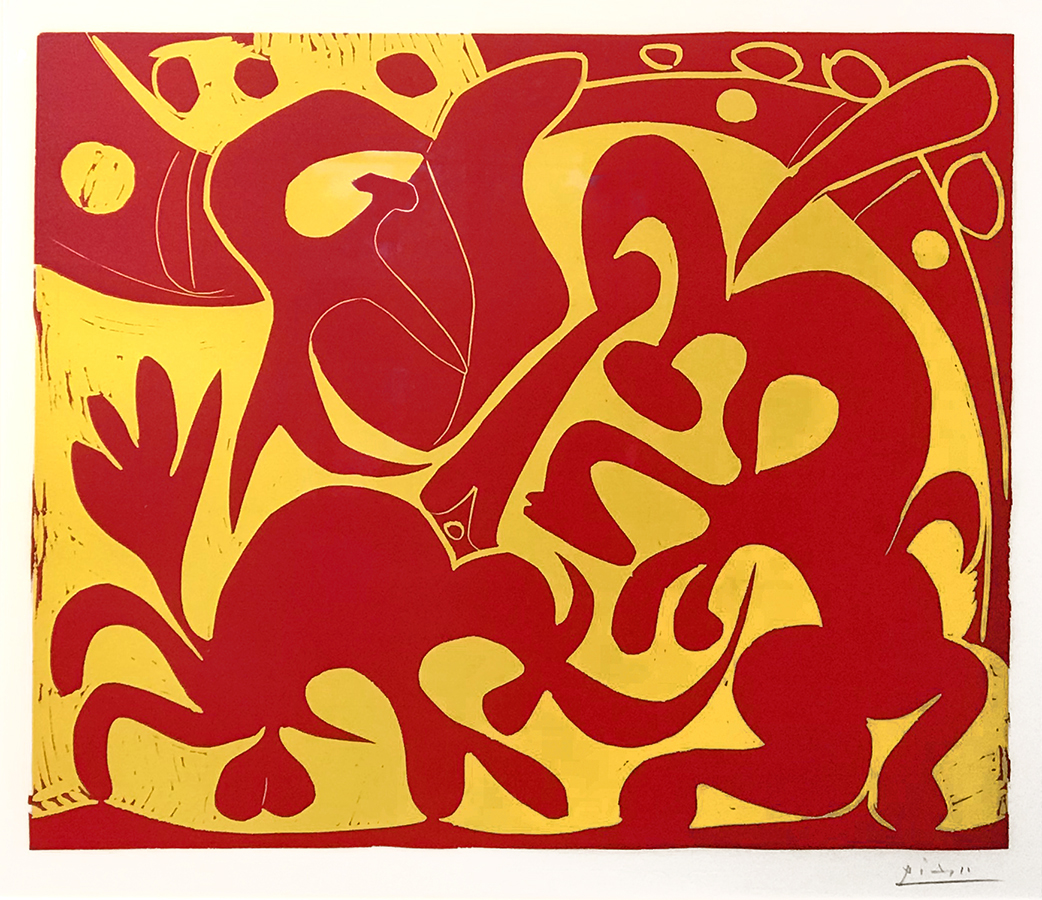 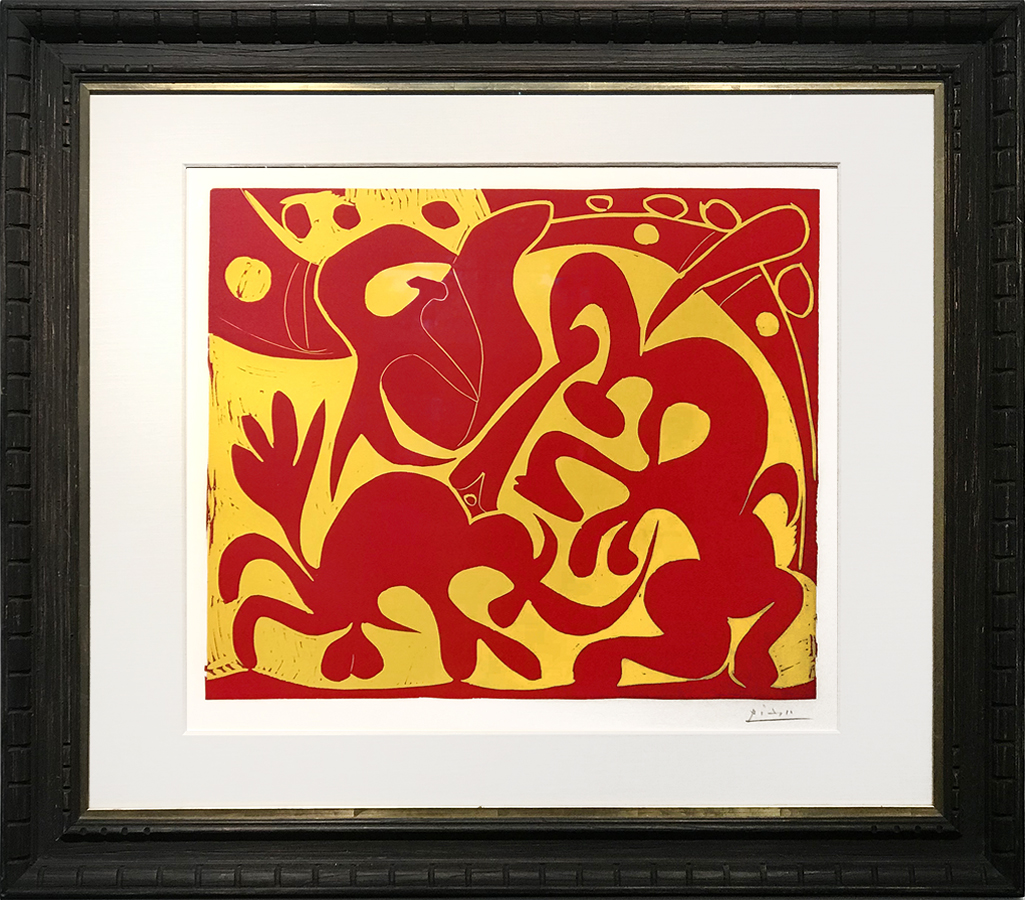 A lively work that lights up any room, Pablo Picasso La Pique en Rouge et Jaune (The Bullfight in Red and Yellow), 1959 is filled with incredibly bright orange-reds and yellows. It radiates an energy and vibrancy unlike any other linoleum cut by Pablo Picasso because he rarely used such bright colors in works. Depicting one of his favorite inspirations, a bullfight, this scene is seemingly chaotic at first. However, despite the abstracted imagery so iconic of Picasso's style, we are still able to make out the profile of a butting bull and our heroic picador in the center of a ring while an audience seems to look onto the scene in the background.

It is hard to say why bullfighting was so close to Picasso's heart, but as an art form in itself it is certainly easy to see how he could have been inspired by it. Picador's seek to elicit inspiration and art from their work and an emotional connection with the crowd that is transmitted through their relationship with the bull. Yes it is for spectacle, but there is a silent nobility in the act for both the bull and picador. Through Picasso's portrayal of the subject in such a colorful yet dynamic fashion, La Pique becomes the quintessential example of Picasso's ability to transform the medium of the linoleum cut, crafting this printmaking method to its best.

Catalogue Raisonné & COA:
Pablo Picasso La Pique en Rouge et Jaune (The Bullfight in Red and Yellow), 1959 is fully documented and referenced in the below catalogue raisonnés and texts (copies will be enclosed as added documentation with the invoices that will accompany the final sale of the work) :

About the Framing:
Framed to museum-grade, conservation standards, Pablo Picasso The Bullfight in Red and Yellow (La Pique en Rouge et Jaune), 1959 is presented in a complementary moulding and finished with silk-wrapped mats and optical grade Plexiglas.