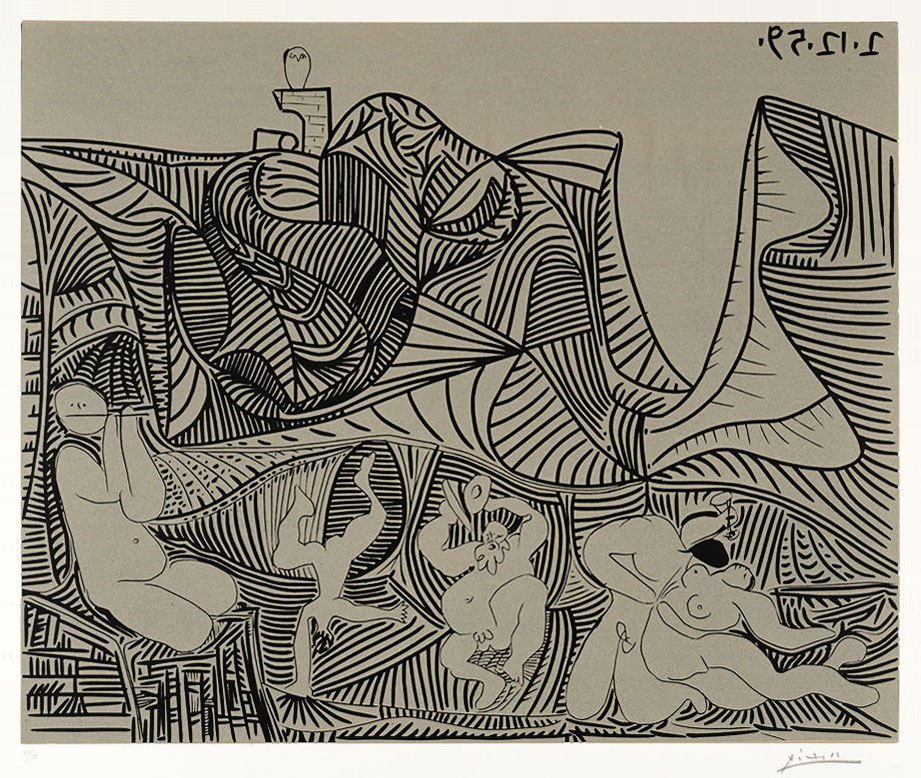 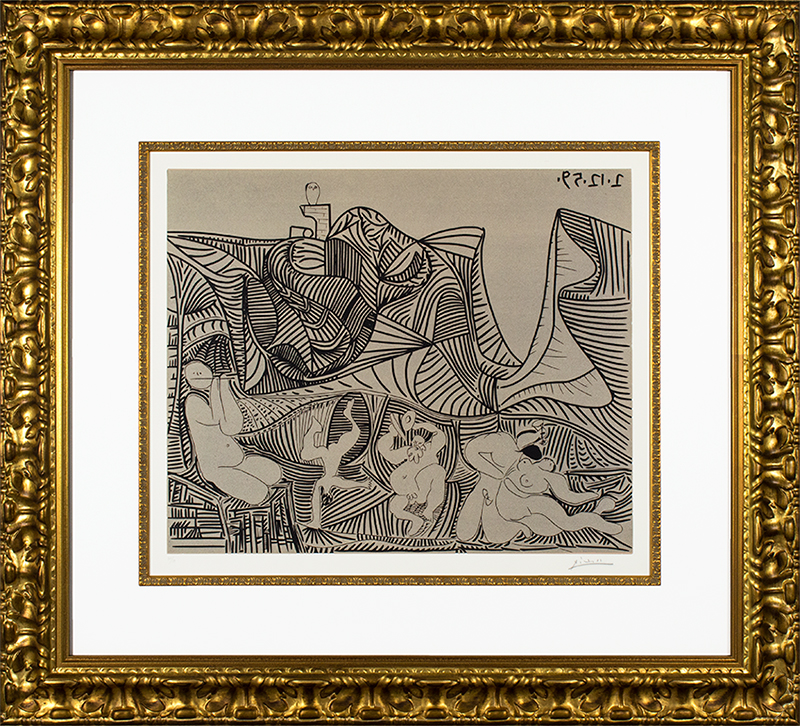 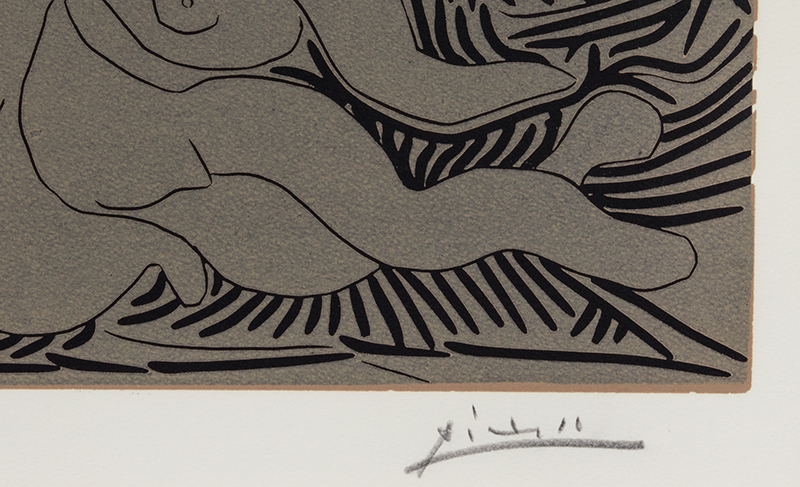 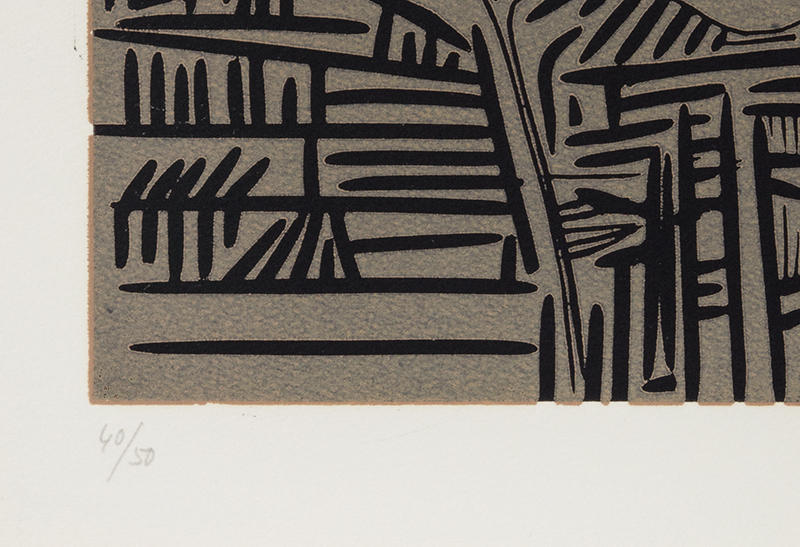 The Bacchanal was often a subject depicted by Picasso with much fondness, liveliness and energy.  Taken from the Greek and Roman festivals which celebrated the god of wine, Bacchus, they were typically attended by only women who danced, played music, and of course, drank wine. In Picasso’s works as in Bacchanale au hibou (Bacchanale with Owl), 1959, we see an array of characters suspended in thrilling animation as we are given just a peek into their grand celebration.  Set before a majestic and enchanting landscape of mountain peaks, the composition is dynamically anchored along the lower margin to hold our partygoers. The undulating motion of the lines creates the feeling of music and dance in this scene.

Pablo Picasso Bacchanale with Owl (Bacchanale au hibou), 1959 is fully documented and referenced in the below catalogue raisonnés and texts (copies will be enclosed as added documentation with the invoices that will accompany the final sale of the work).