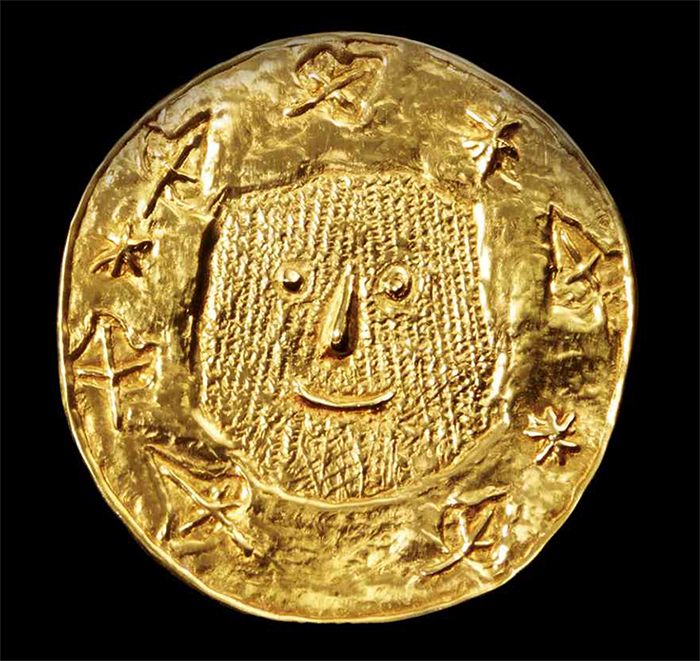 Framed by a delicate boarder of leaves and stars, Picasso Visage aux feuilles (Face with Leaves), c. 1970s is a serene and beautiful artwork. Within the center of the medallion is a simple face placed on a delicate latticed background. This lattice adds ridges to the smooth surface of the gold, creating exciting textural complexity. Altogether, Picasso shows his immense artistic talent in the conception and creation of such a placid and well balanced medallion.

Created circa the 1970s, this 23K gold medallion is stamped with the artist’s signature ‘Picasso,’ the François and Pierre Hugo reference number ‘1403’, and the goldsmith’s mark and a French mark on verso. Numbered from the edition of 20 on verso.

Pablo Picasso Face with Leaves (Visage aux feuilles), c. 1970s is fully documented and referenced in the below catalogue raisonnés and texts (copies will be enclosed as added documentation with the invoices that will accompany the sale of the work).