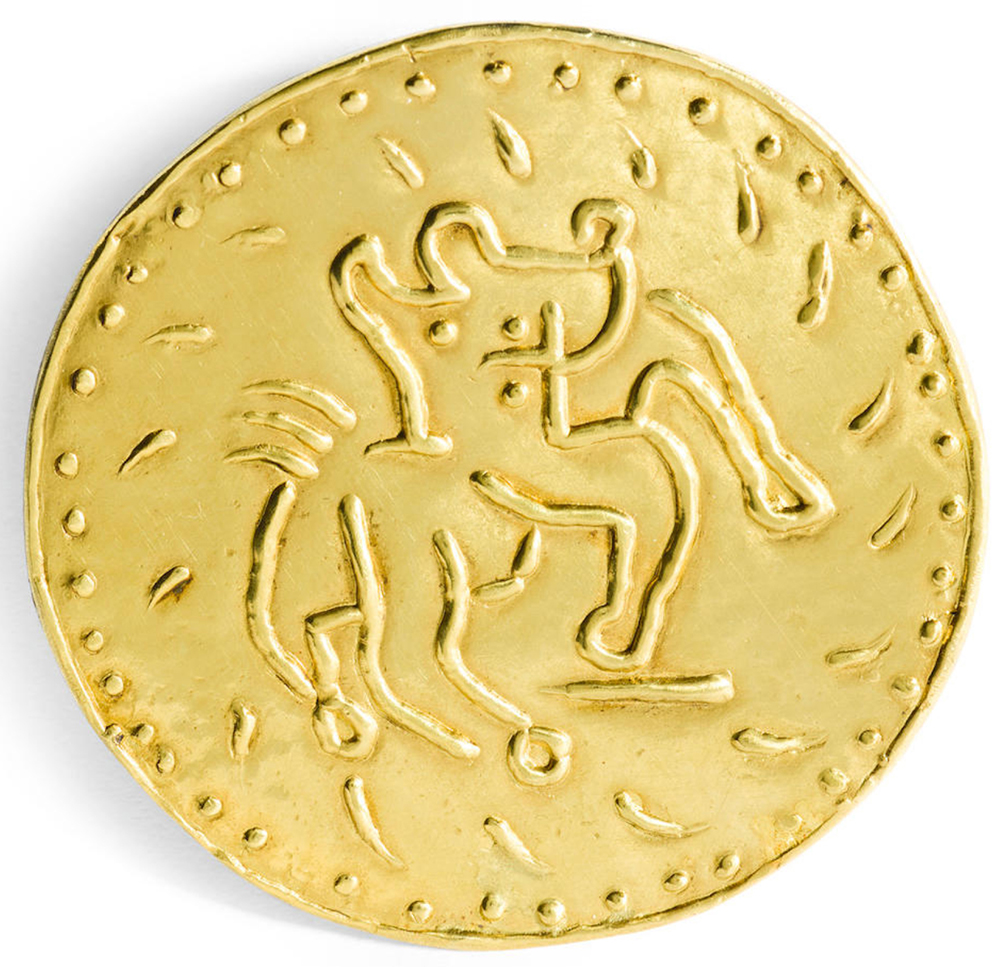 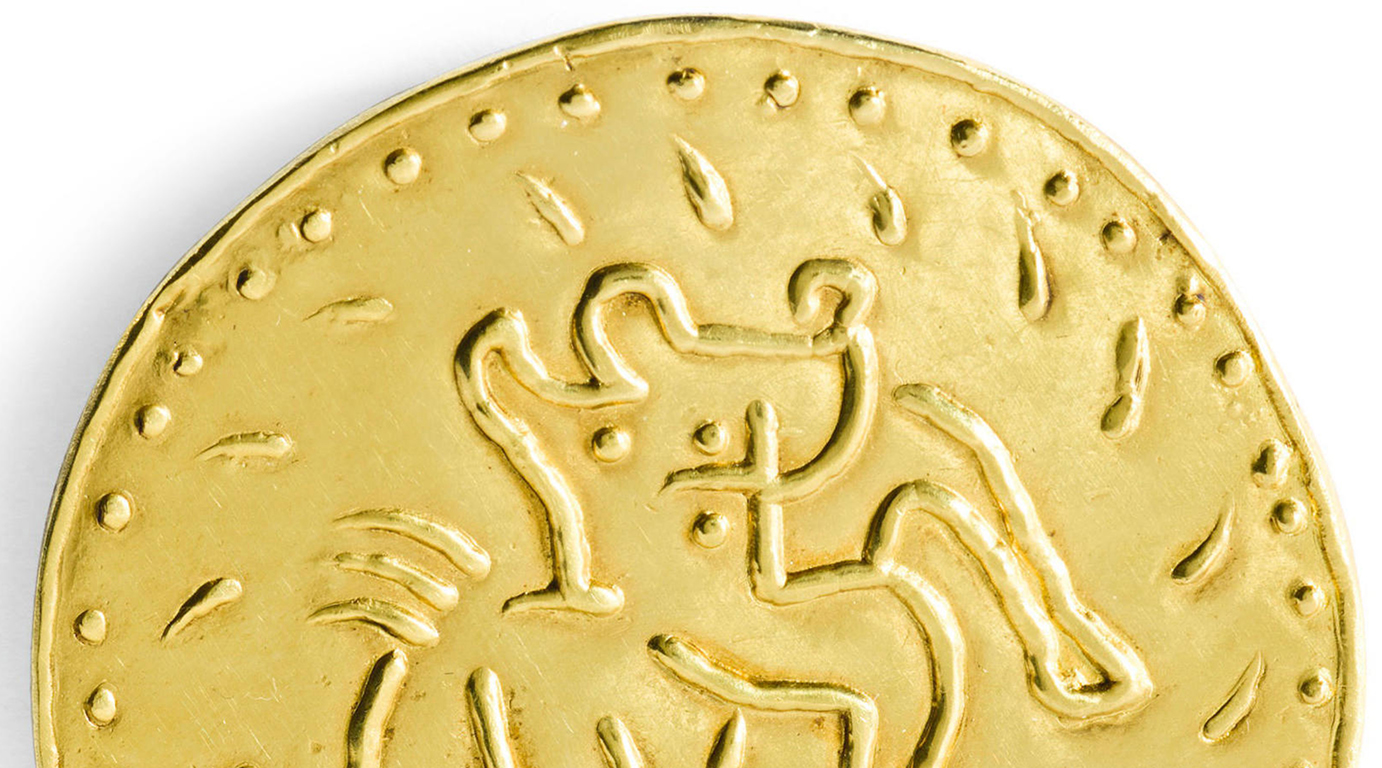 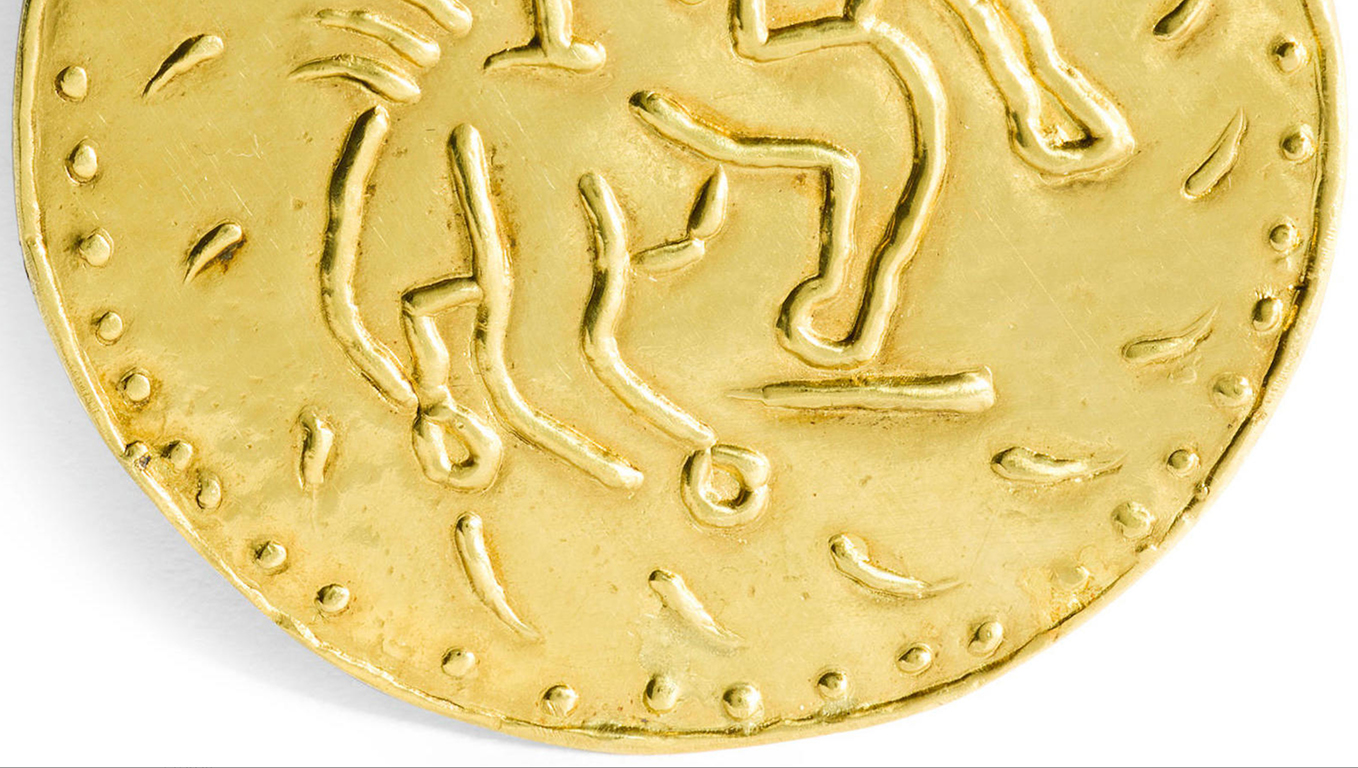 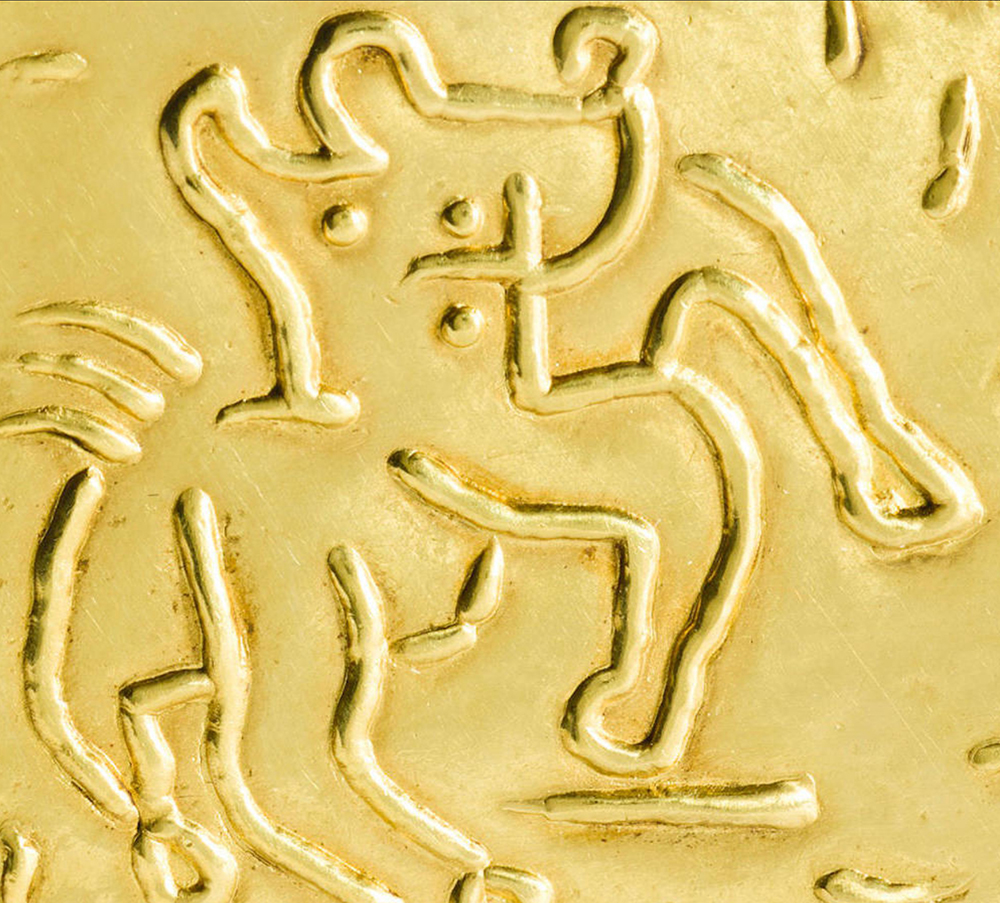 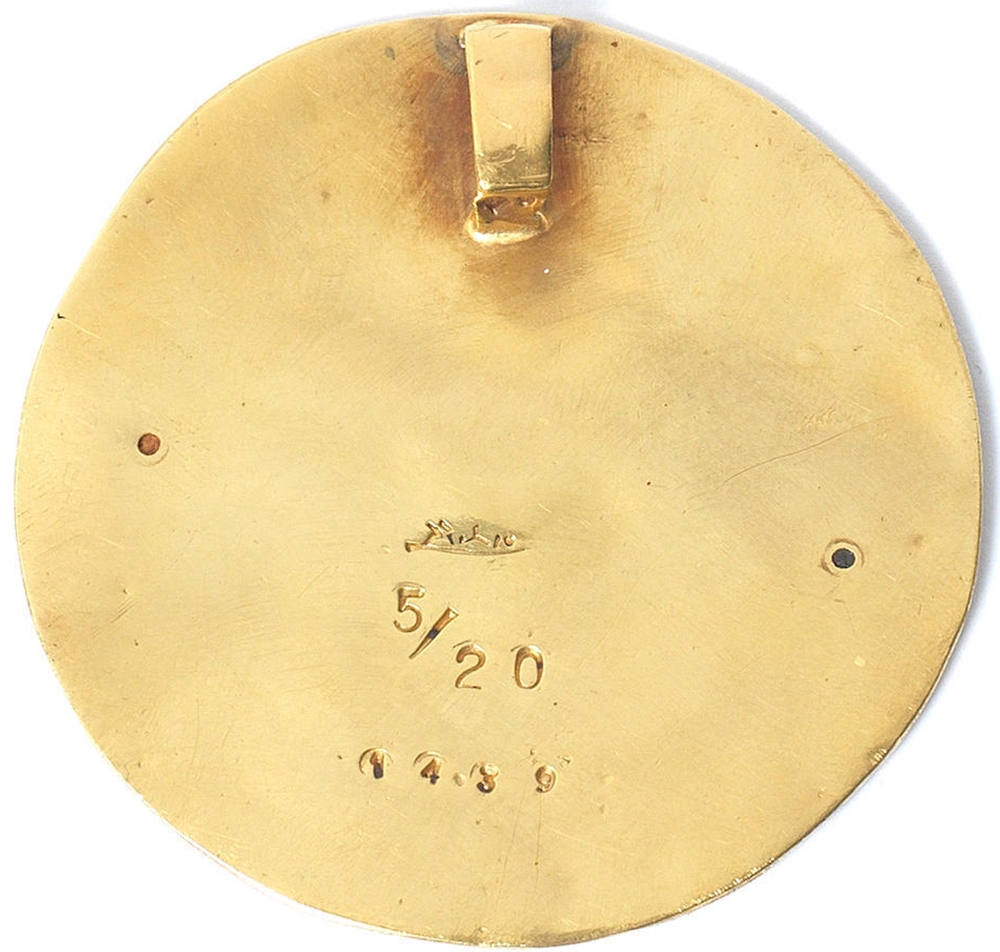 In the 1950’s and 1960’s Picasso initiated a collaboration with renowned goldsmith François Victor-Hugo. Together, they created a series of medallions all in gold based after original designs from Picasso. Much to Hugo’s dismay, Picasso initially refused to sell these works for profit and instead kept them as private treasures. However Picasso gave in to Hugo’s persistence and in 1967and authorized Hugo to make a small, 'numbered edition’ of each for sale. They were not sold publicly but rather dispatched to their respective buyers and so they attracted almost no publicity, making them quite rare. In fact, few outside of Picasso’s inner circle knew about their existence. Each gold medallion was individually selected, designed and approved by Picasso, revealing the special attachment the artist had towards the medallions.

This image is a splendid adaptation of Picasso’s ceramic work Centaur, 1956. The mythical creature becomes even more fantastical given the lustrous gold coloring of the medallion. Frolicking in the center, the centaur appears to jump, as if greeting its viewers. The carefully rendered lines and dots exaggerate the centaur’s movement. Playful and beguiling, Picasso’s design demonstrates his mastery of a multitude of mediums.

Created in 1956, this 23K gold medallion is stamped with the artist's signature 'Picasso', the François and Pierre Hugo reference number '1439', and the goldsmith's mark and a French mark on verso. Numbered 1/2 and stamped ‘EXEMPLAIRE D’ARTISTE’; this work is one of two author’s proofs , aside from the edition of 20 and two artist’s proofs.

Catalogue Raisonné & COA:
This work is fully documented and referenced in the below catalogue raisonnés and texts (copies will be enclosed as added documentation with the invoices that will accompany the final sale of the work) :