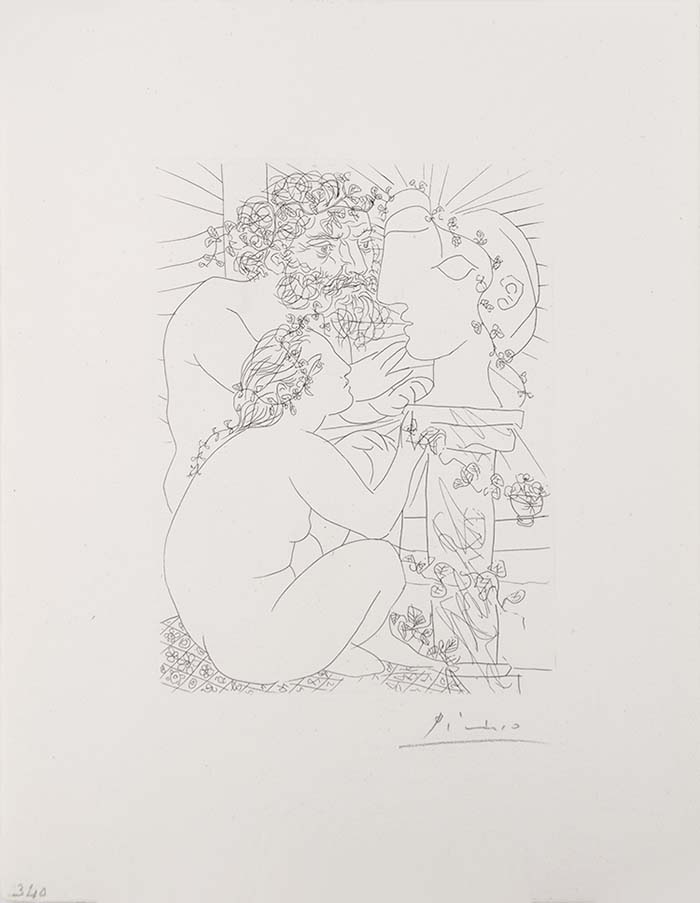 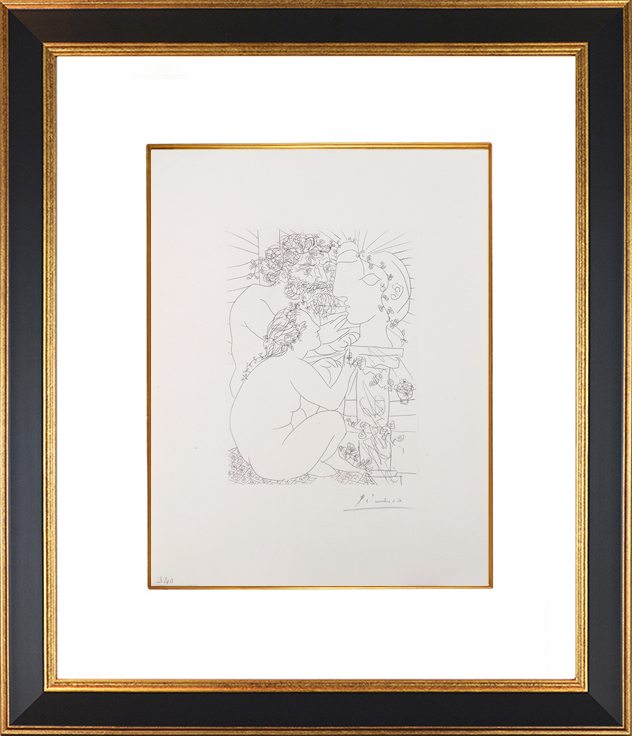 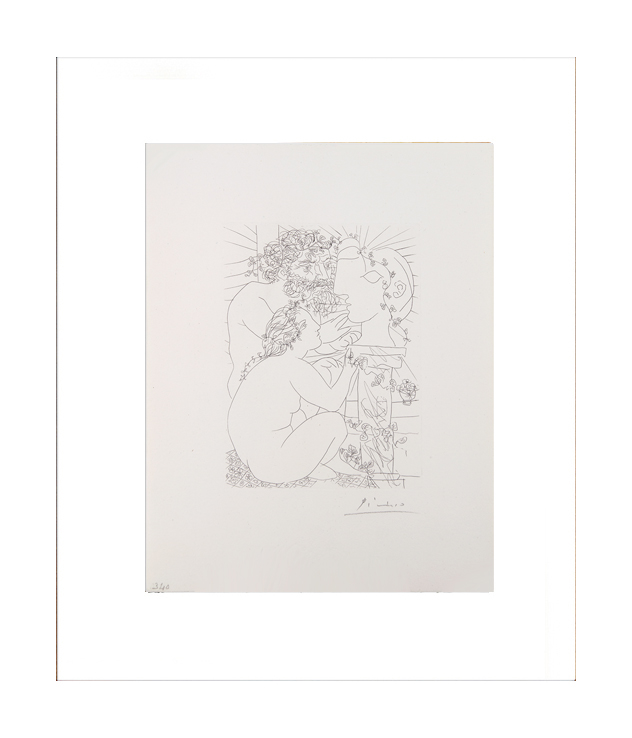 Pablo Picasso Deux Femmes Regardant une Tete Sculptée (Two Women looking at a Sculpted Head), 1933 is a delightful composition of curved lines and foliaged detail. At the left, a large sculpted head stands on a pedestal, its head crowned with a delicate vine of leaves which curves down to the ground. At the left, two women in profile regard the head, their Grecian profiles echoing the form of the sculpture. The figure at the front is adorned in a gauzy fabric, the sheerness of which is communicated with remarkable mastery through just a few etched lines. The figure in the foreground is silhouetted against a frame-like opening filled with flourishing leaves, creating the effect of a portrait within the entire composition. Both women are crowned with blooming wreaths and dressed in herbaceous motifs. The entire composition is lush with leaves and flowers, which combines with the women’s and sculpture’s smooth curved features to create a wonderfully enchanting and airy scene.

Pablo Picasso Deux Femmes Regardant une Tête Sculptée (Two Women looking at a Sculpted Head), 1933 is fully documented and referenced in the below catalogue raisonnés and texts (copies will be enclosed as added documentation with the invoices that will accompany the final sale of the work):