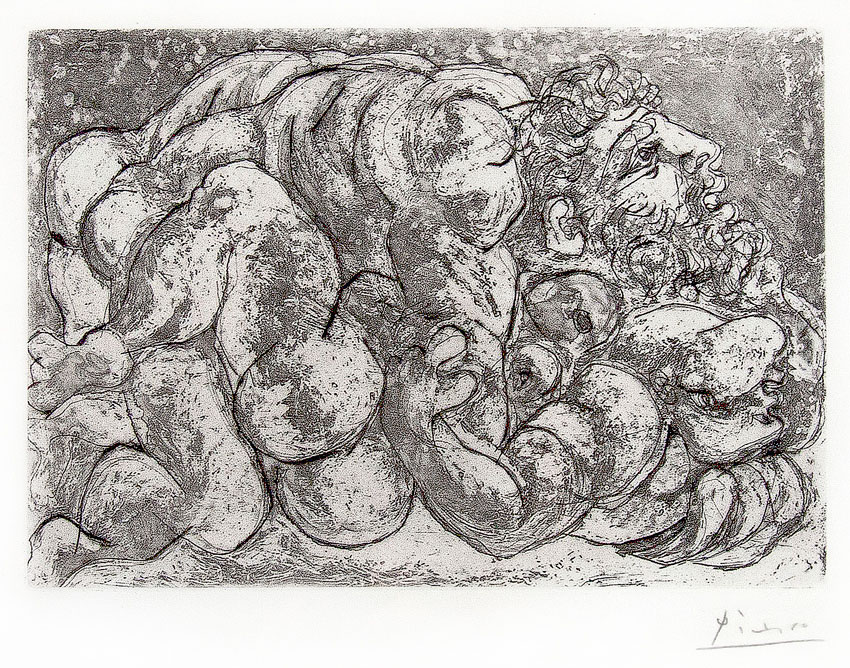 Executed in precisely etched lines, this work exemplifies Picasso’s duel mastery of the print medium and his ability to convey symbolism and narrative. Reflective of Picasso’s earlier style, this piece combines a graceful elegance with a modern Cubist sensibility. While none of the figures have been distorted, Picasso does experiment with highly complex figural positioning, most poignantly evident in the winding shapes of the bodies. Picasso’s contour lines are sharp and crisp, further emphasizing the formal aspect of this work.

One of 100 etchings found in The Vollard Suite (1930-37), this work was created in 1933. From the edition of 260, this work is hand signed by Pablo Picasso (Malaga, 1881 – Mougins, 1973) in pencil in the lower right margin. It is printed on Montval paper by printer Atelier Lacourière, Paris and published by Ambroise Vollard.

CATALOGUE RAISONNÉ & COA:
This work is fully documented and referenced in the below catalogue raisonnés and texts (copies will be enclosed as added documentation with the invoices that will accompany the final sale of the work):