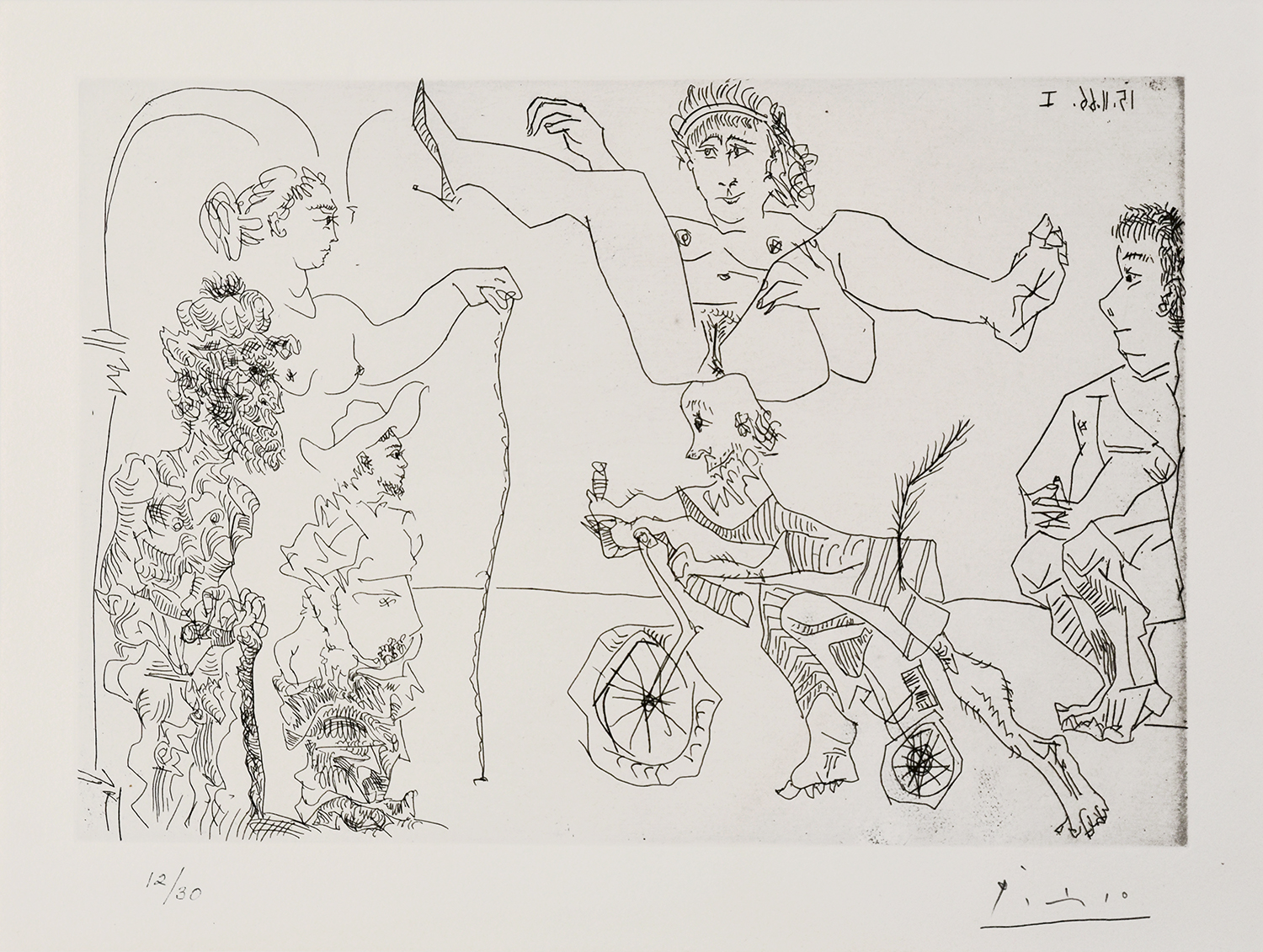 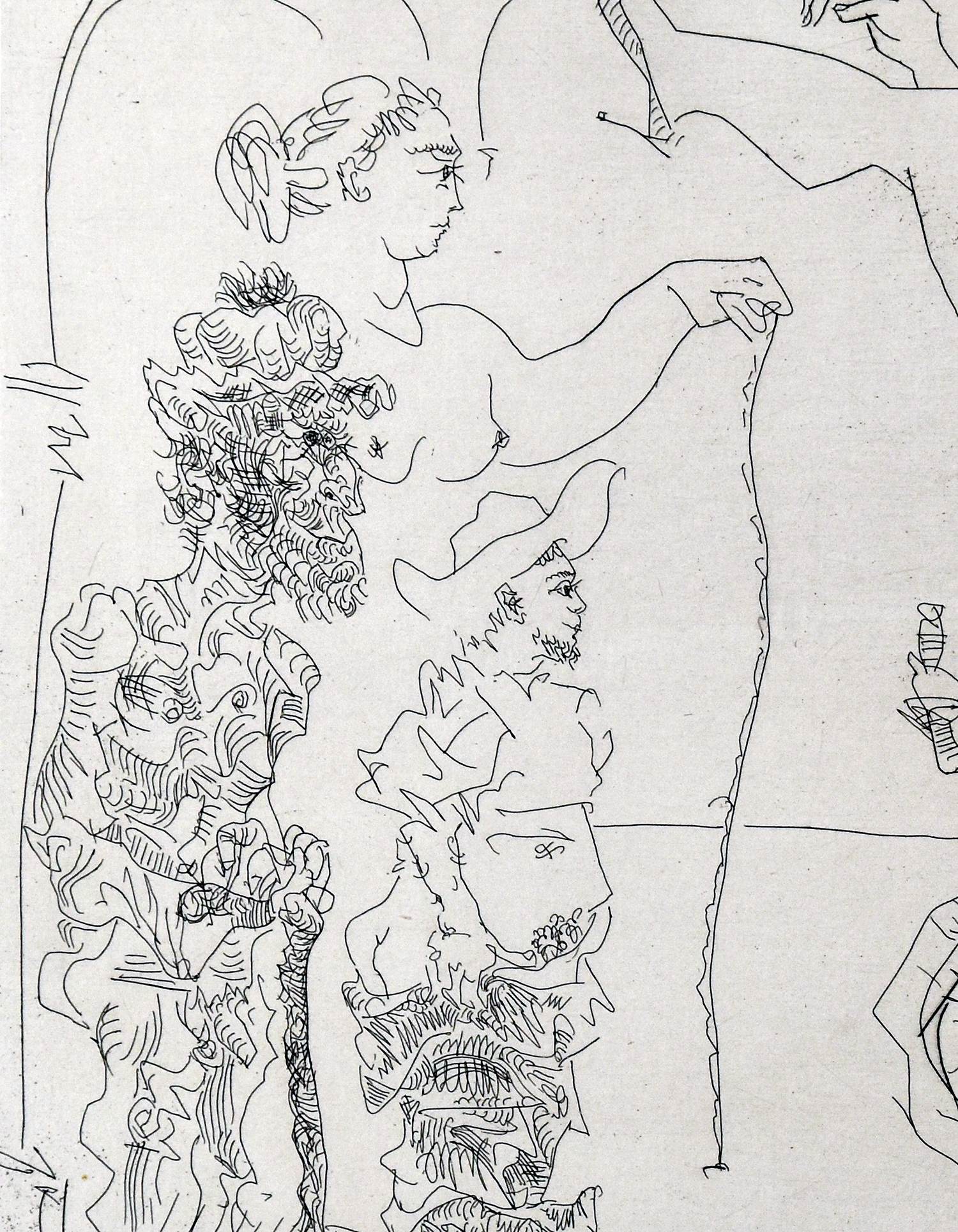 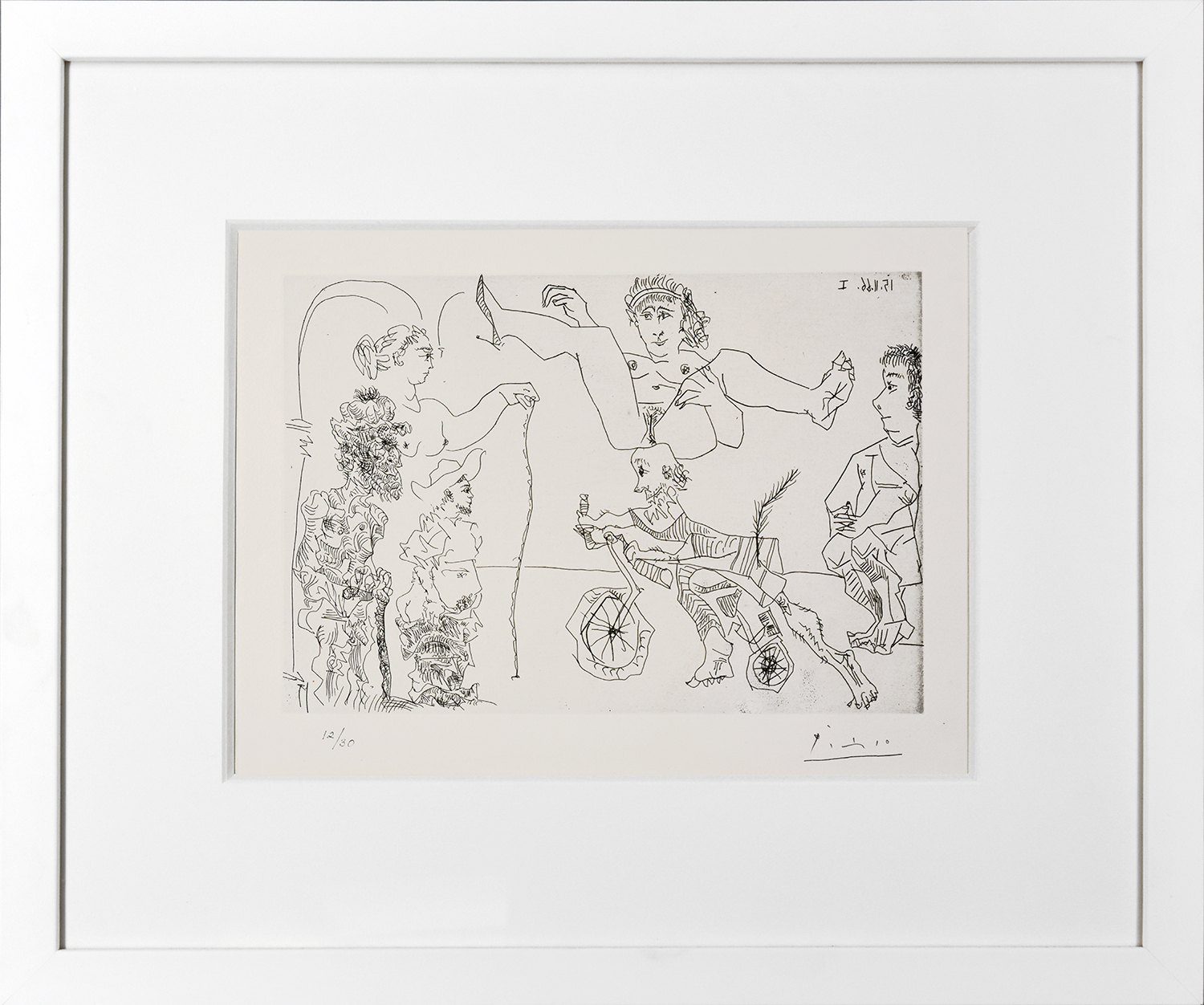 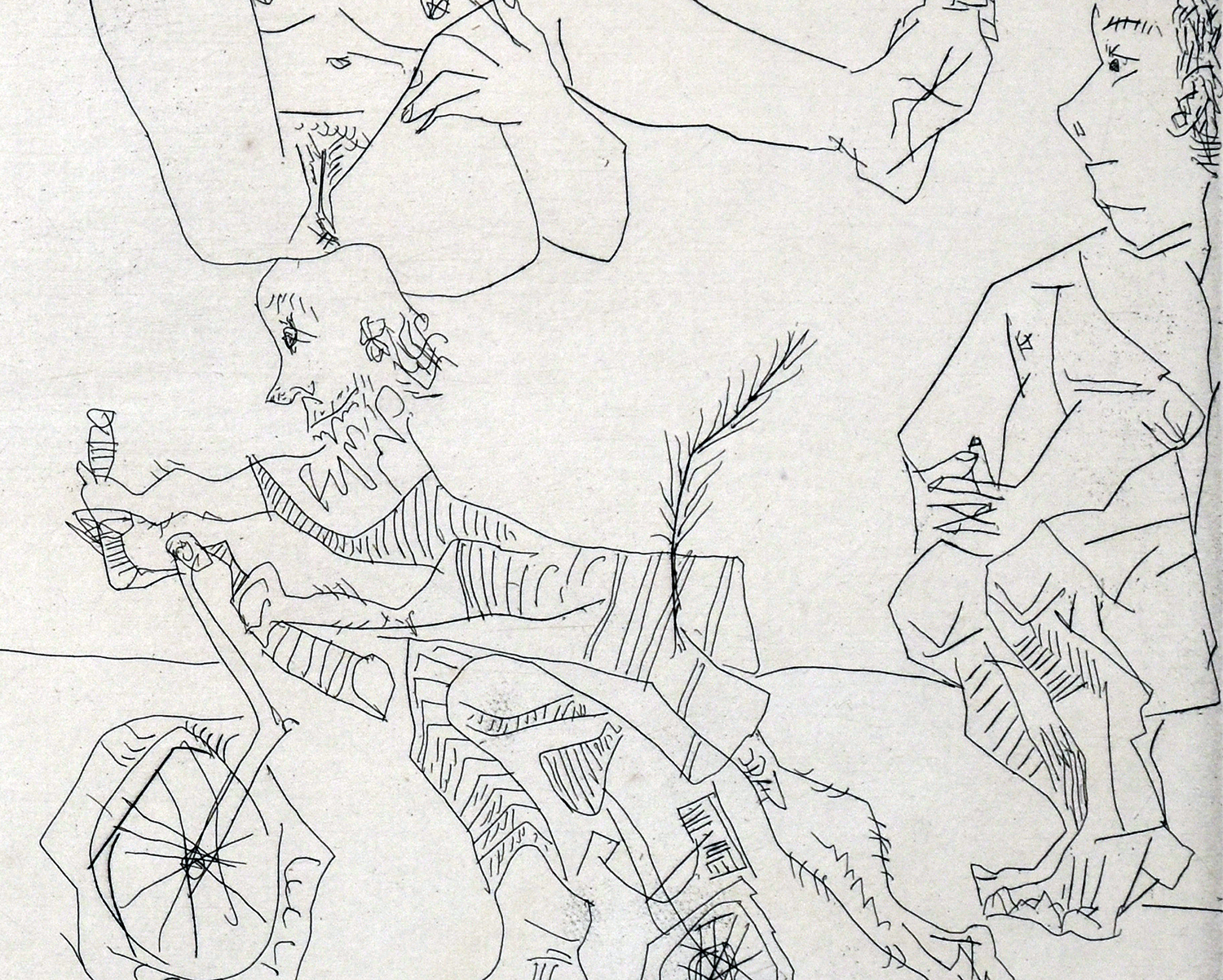 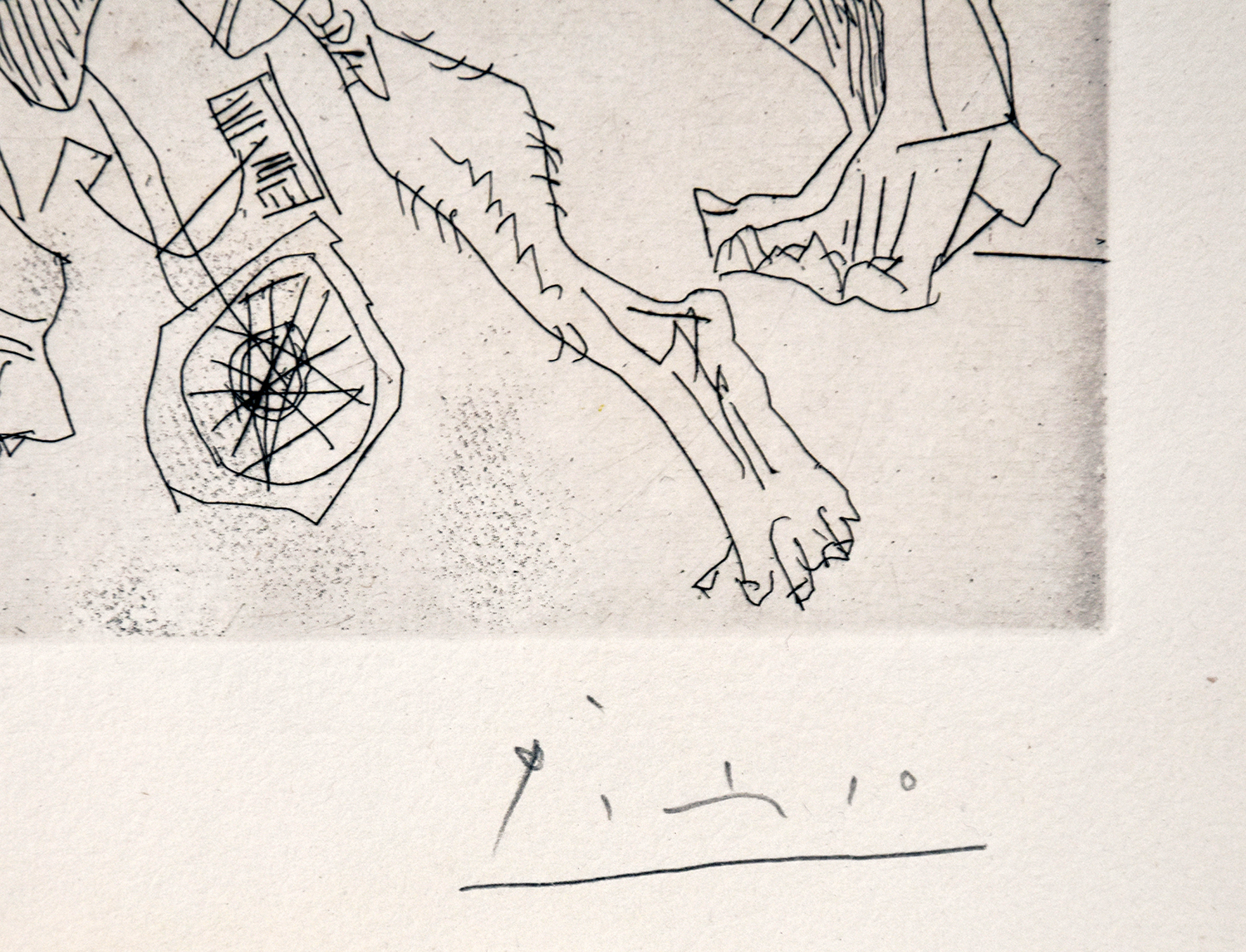 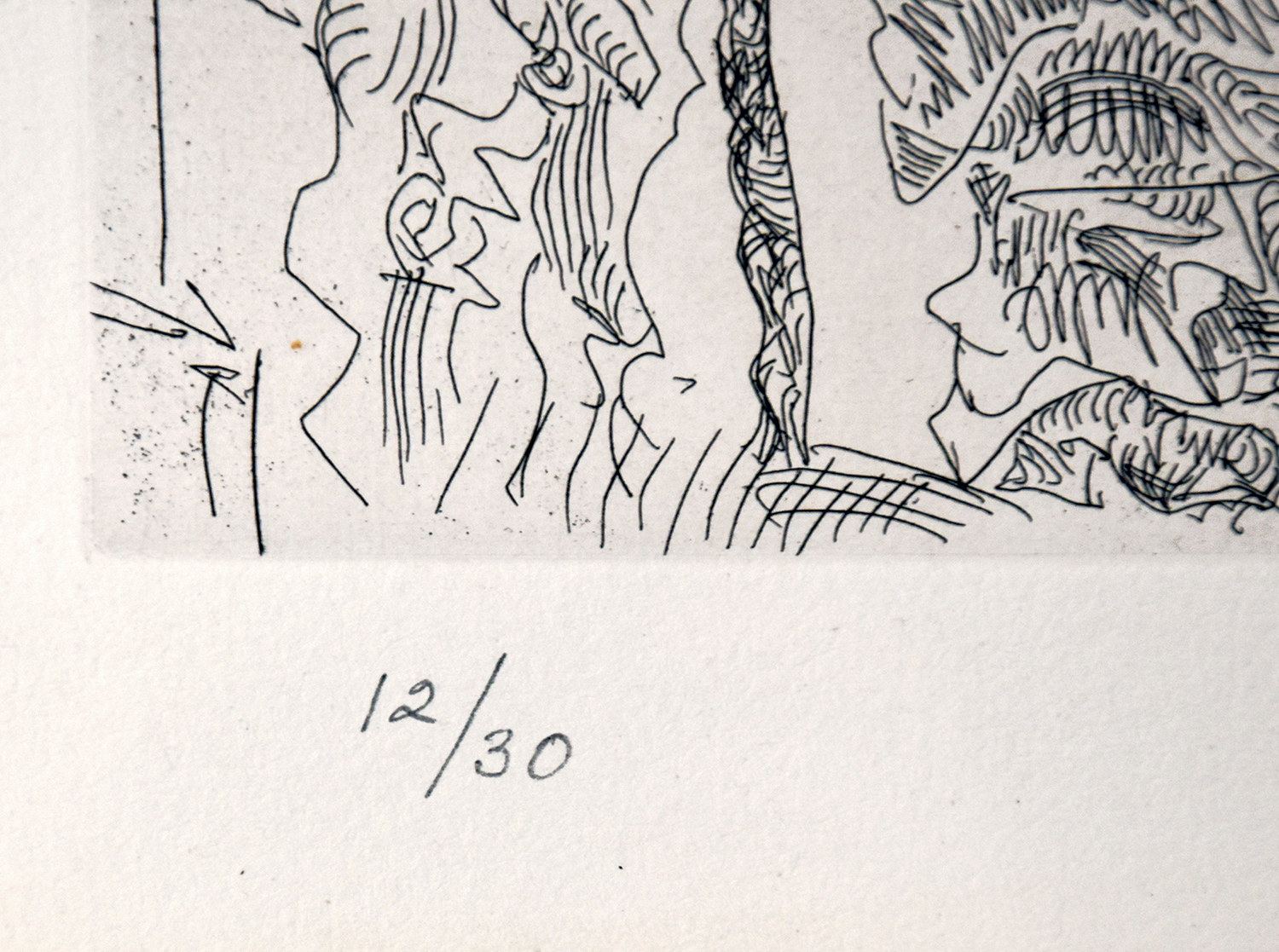 Pablo Picasso Le Cocu Magnifique (The Magnificent Cuckold) Plate 5, 1968 is one of a series of etchings based on an old play about a jealous man who fears that his wife has been unfaithful. A nude woman, legs splayed in a provocative position, dominates the central portion of piece, aptly describing the man’s fantasies about the wild scope of his wife’s infidelities. Gazing away from the viewer, with one arm holding a leg up, she appears to cast an open invitation to engage in bodily pleasures. Directly below her, an older man riding a bike seems obvious to her presence, while figures to either side of the seductress regard her with what can be interpreted as disapproving looks. The female figure on the left also has bare breasts, while the male figures are clothed. The wanton images of the women, contrasted with the buttoned-up images of the men, pointedly illustrate a man’s imaginings about women. Both highly erotic and playful, this work captures the dichotomy of male confusion about women — are they the wild seductress of the central figure or the more stately, though still topless and alluring, woman on the left? Through this portrayal, Picasso injects intrigue and mystery into these conflicting views. The imagery also implies Picasso’s appreciation for the female body, as seen in his other works, and perhaps his own suspicions about a women’s secret longings. Executed in the unmistakable style of the artist, these figures are a combination of simplified geometric and organic forms. Picasso’s ability to create such beguiling imagery that so adroitly tells a compelling and complicated story provides further evidence of his profound contributions and enduring influence in art history.