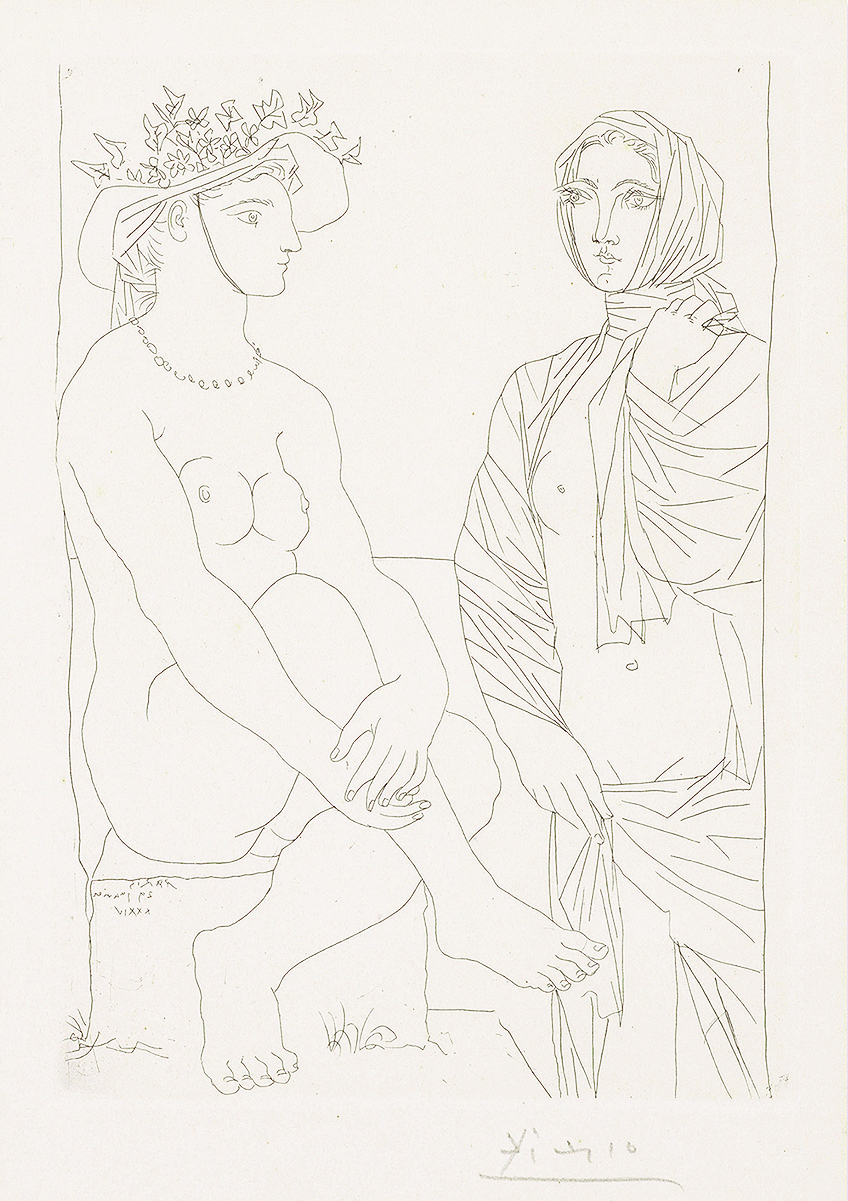 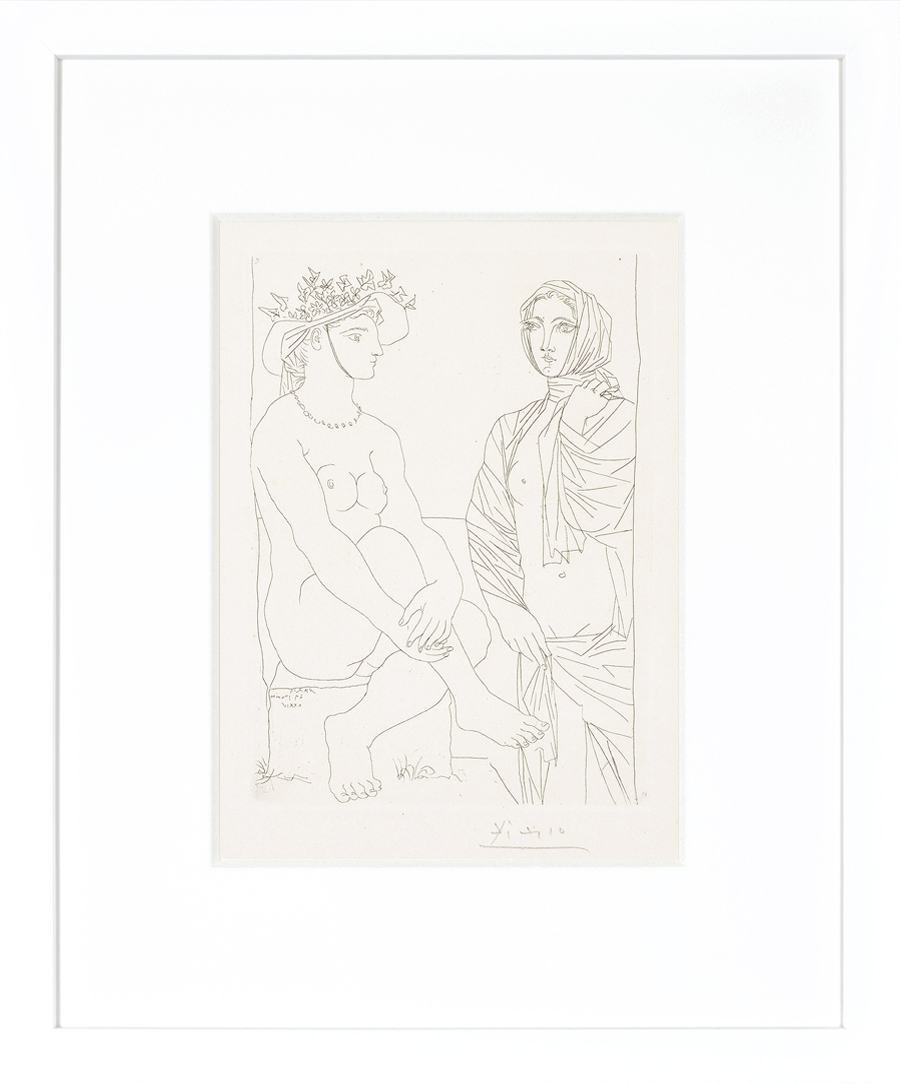 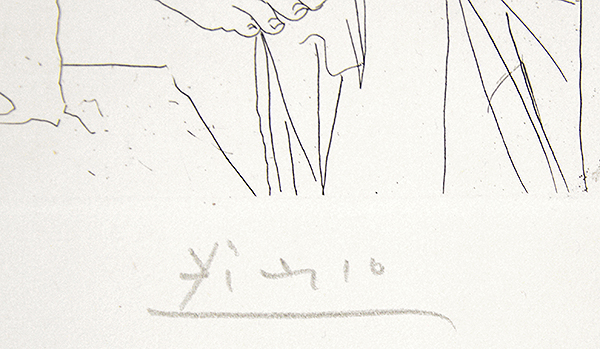 Pablo Picasso Femme assise au Chapeau et Femme debout drapée (Woman sitting in hat and woman standing draped) from the Vollard Suite, 1934 showcases two figures that longingly gaze at each other, hinting a kind of amorous fondness. Their bodies are slightly tilted at an angle facing one another while their gazes are more direct. This scene is reminiscent of the late classical Roman and Greek sculptures where busts are in profile and facial features are exceptionally contoured.  Both figures have striking noses, strong lips, and detailed outlines of their eyes. These renderings allow for Picasso to convey the implication of an alluring romance or the very essence of an unspoken romance. Sensual is their body language; youthful and quite seductive are the curved lines. Picasso works the shawl around the woman on the right so that she holds tight to the only garment that covers her most sacred parts. Evoking a sensitive and tender scene, both women radiate a sense of sweet intimacy.

Created in 1934, Woman sitting in hat and woman standing draped from the Vollard Suite is an etching on Montval laid paper. Hand signed by Pablo Picasso (Malaga, 1881 – Mougins, 1973) in pencil in the lower right margin, from the edition of 260 with the Vollard watermark published by Ambroise Vollard, Paris.

Catalogue Raisonné & COA:
Pablo Picasso Woman sitting in hat and woman standing draped from the Vollard Suite, 1934 is fully documented and referenced in the below catalogue raisonnés and texts (copies will be enclosed as added documentation with the invoices that will accompany the final sale of the work):

About the Framing:
Framed to museum-grade, conservation standards, Pablo Picasso Woman sitting in hat and woman standing draped from the Vollard Suite, 1934 is presented in a complementary moulding and optical grade Plexiglas.