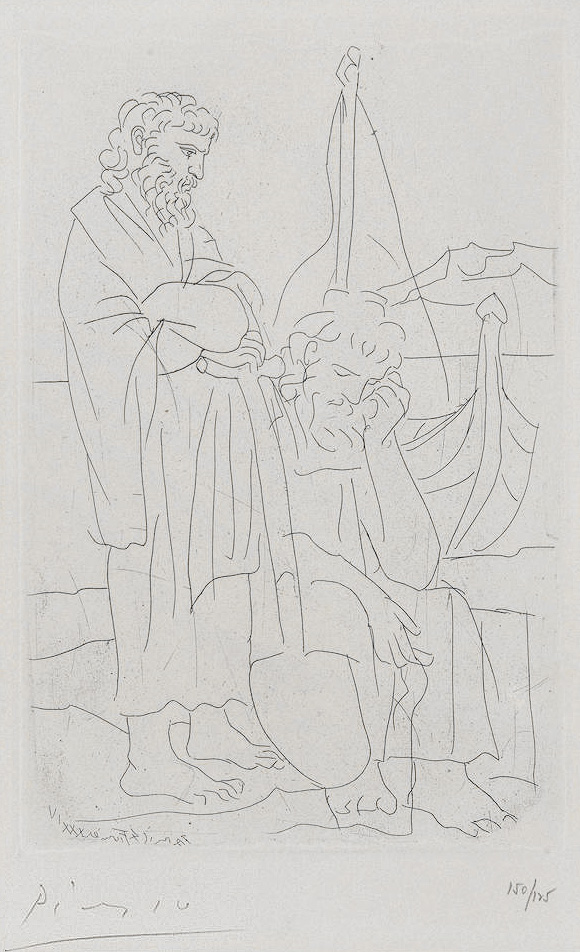 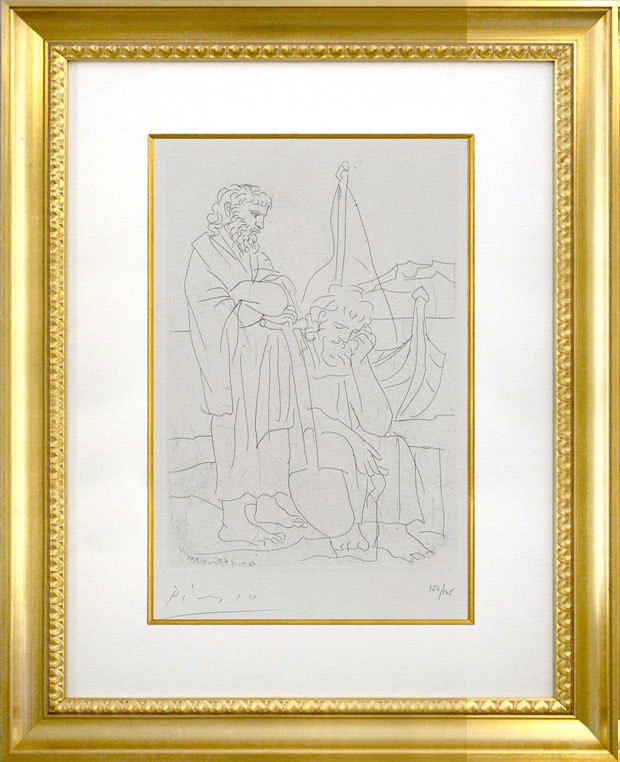 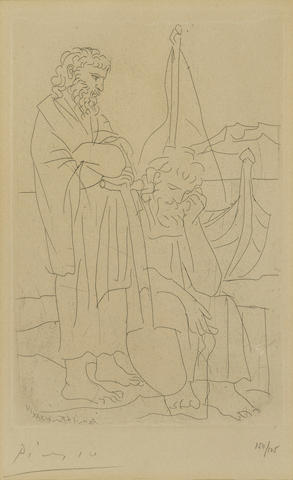 Pablo Picasso Deux vieillards et voilier (Two Old Men and a Ship), Pl. 4, 1934 is from a series of etching that Picasso made to accompany the next of Lysistrata by Aristophanes. The play takes place during the Peloponnesian War when Sparta and Athens are at war. The women stage a sex strike under the guidance of Lysistrata to try to bring the war to an end. The war was very long and seemed unending, which Picasso has managed to convey perfectly in the defeated expressions of the old men. One holds his head in his hand, looking woeful about the state of the world. The other crosses his arms with a furrowed brow. Picasso has an exemplary talent of depicting human expression and emotions, and he taps into the exhaustion and defeat of these two men.

Pablo Picasso Two Old Men and a Ship (Deux vieillards et voilier), Pl. 4 from Lysistrata, 1934 is fully documented and referenced in the below catalogue raisonnés and texts (copies will be enclosed as added documentation with the invoices that will accompany the sale of the work).

4. A Certificate of Authenticity will accompany this artwork.