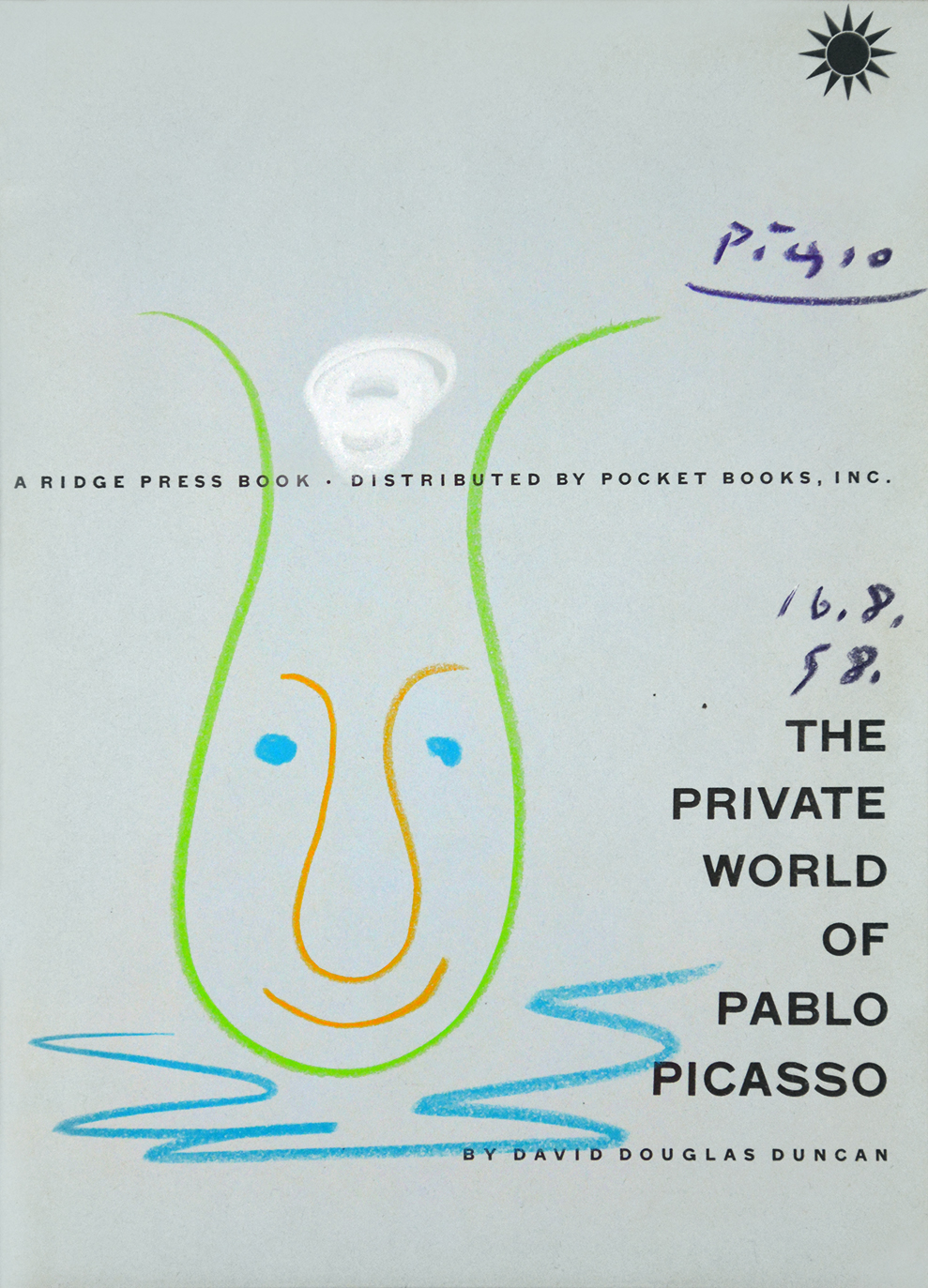 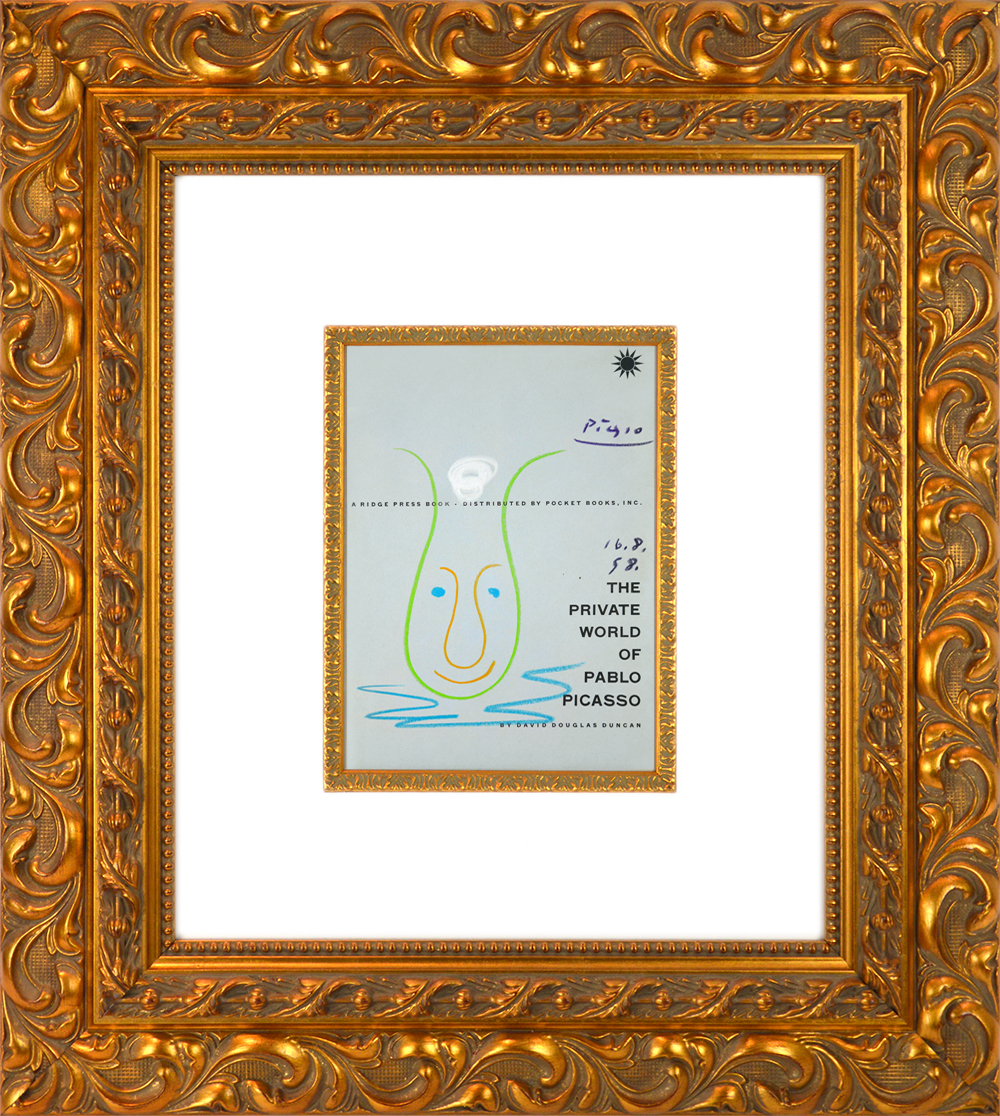 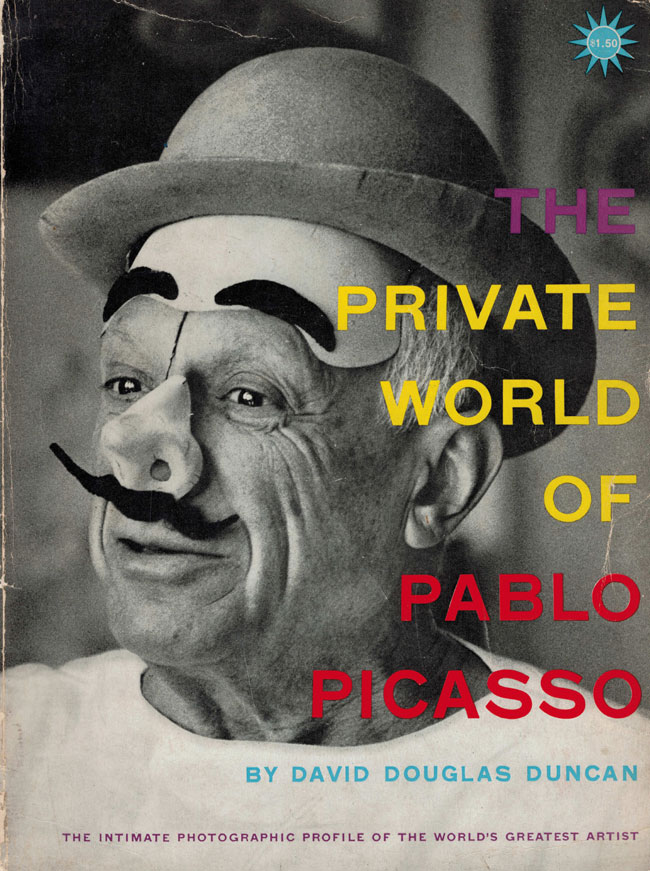 A delightful, colorful face of a clown-like figure graces the title page of "The Private World of Pablo Picasso." Written and photographed by David Douglas Duncan over the course of his 6-month stay in Picasso and Jacqueline's home, this book became a collaboration between the three. Intimate yet not intrusive, this book provides amazing insight into the then 75 year artist's world, both personal and professional. With the addition of the clown drawing in crayon by Pablo Picasso himself, one can see how creative and good natured the artist was. Pablo Picasso Tête de Pitre (Clown Head), 1958 itself is a fun and carefree image. Much of Picasso's work that deals with the human face, or any face at all, deconstructs the face down to its simplest elements, and starts from there. In this drawing, Picasso creates a defined head in yellow, and fills it with to simple bright blue eyes, a smiling orange mouth, and an orange nose that mimics almost exactly the shape of the head. The nose is the largest feature and it dominates the composition. The blue ruffles around the neck of the face give away the secret that this is a clowns head. It is fitting than on a book about Picasso's world he would exhibit his talent at rendered simple figures with great life.

Created on August 18, 1958, this crayon drawing is featured in the book, "The Private World of Pablo Picasso", published by Harper & Brothers and written by David Douglas Duncan. It is hand-signed in dark blue crayon by Pablo Picasso (Malaga, 1881 - Mougins, 1973) in the upper right and also features a hand-written date of '16.6.58.' in dark blue crayon on the right.

Catalogue Raisonné & COA:
Pablo Picasso Tête de Pitre (Clown Head), 1958 is fully documented and referenced in the below catalogue raisonnés and texts (copies will be enclosed as added documentation with the invoices that will accompany the sale of the work).

About the Framing:
Pablo Picasso Tête de Pitre (Clown Head), 1958 is framed to museum-grade, conservation standards, presented in a complimentary moulding and finished with silk-wrapped mats and optical grade Plexiglas.