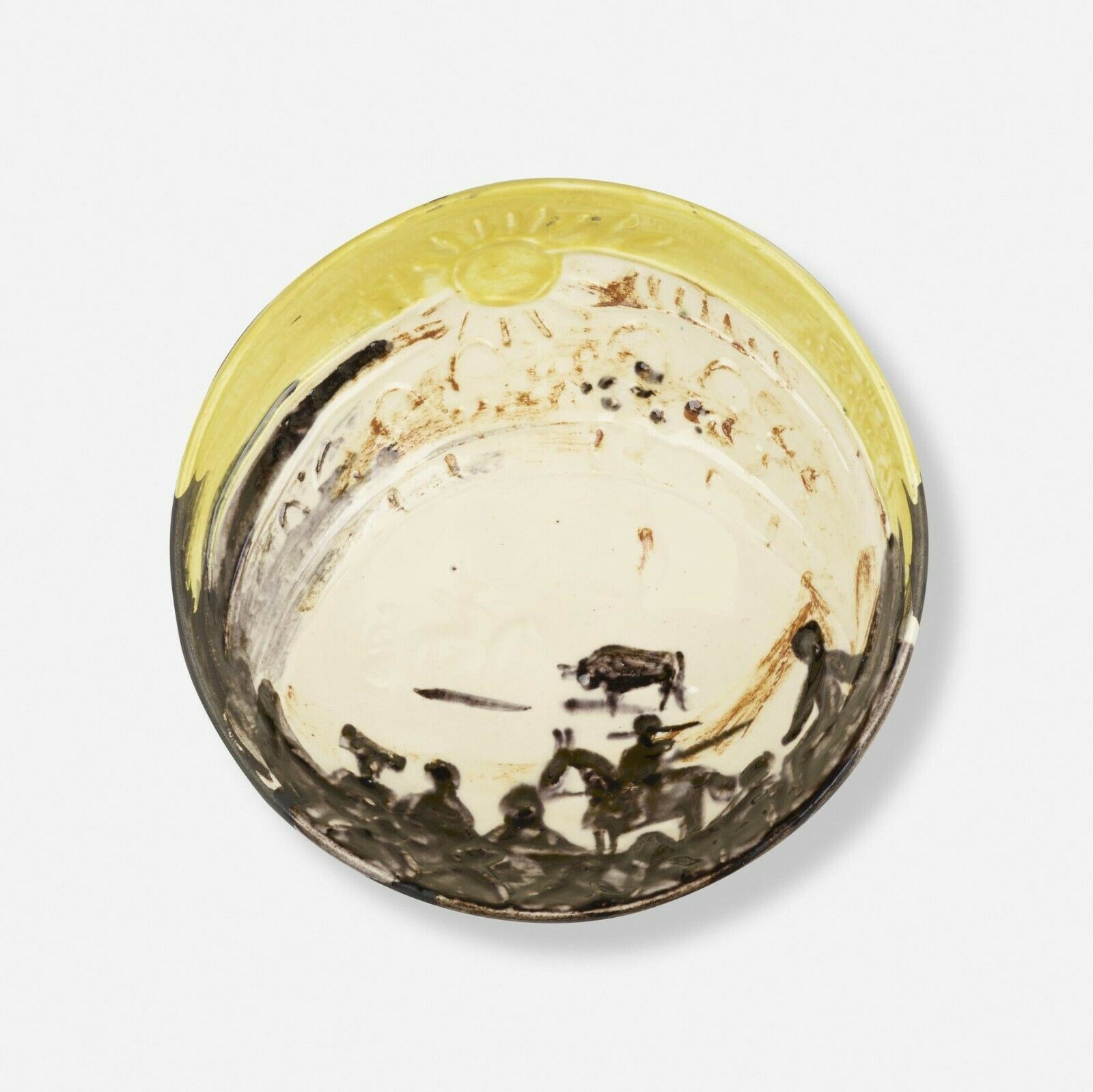 Pablo Picasso Tauromachy Scene, 1954 A.R. 241 depicts the notorious standoff between bull and bullfighter at the center of an arena. The circular form of the plate creates a literal ring that parallels the enclosed space of a bullfighting arena. A stylized sun emerges from the yellow streak along the upper curve of the plate, which evokes an arch of light that brightens the overall image. The dark sepia hue along the base of the ceramic resembles a full audience pouring over the action unfurling in the arena. At the center of the ceramic, negative space evokes the suspended anticipation of the bull as it readies itself to charge. Minimal yet forceful, Pablo Picasso Tauromachy Scene, 1954 A.R. 241 not only exemplifies the artist's own fascination with bullfighting but also demonstrates his masterful ability to visualize action.

Created in 1954, Pablo Picasso Tauromachy Scene, 1954 is a round cupel of white earthenware clay with a grey patina underside and decoration in engobes (brown, yellow, black) under partial brushed glaze. This work is from the edition of 150.

Catalogue Raisonné & COA:
Pablo Picasso Tauromachy Scene, 1954 is fully documented and referenced in the below catalogue raisonnés and texts (copies will be enclosed as added documentation with the invoices that will accompany the sale of the work):

1. Ramié, Alain. Picasso Catalogue of the edited ceramic works 1947-1971. Madoura: Galerie Madoura, 1988. Listed and illustrated as catalogue raisonné 241.
2. A Certificate of Authenticity will accompany this artwork.