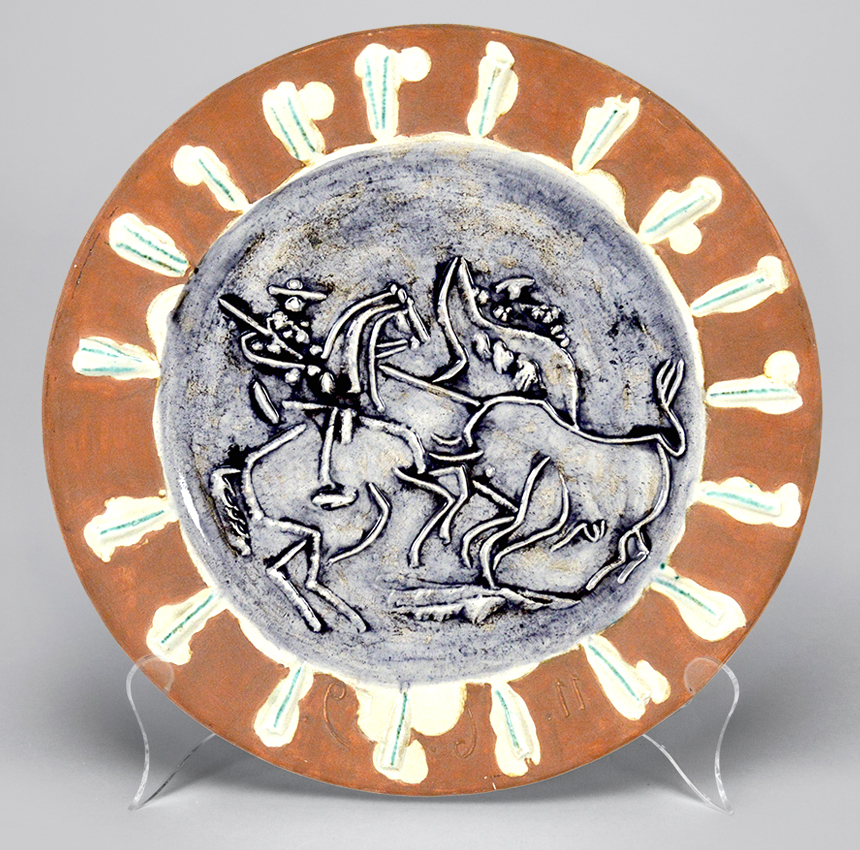 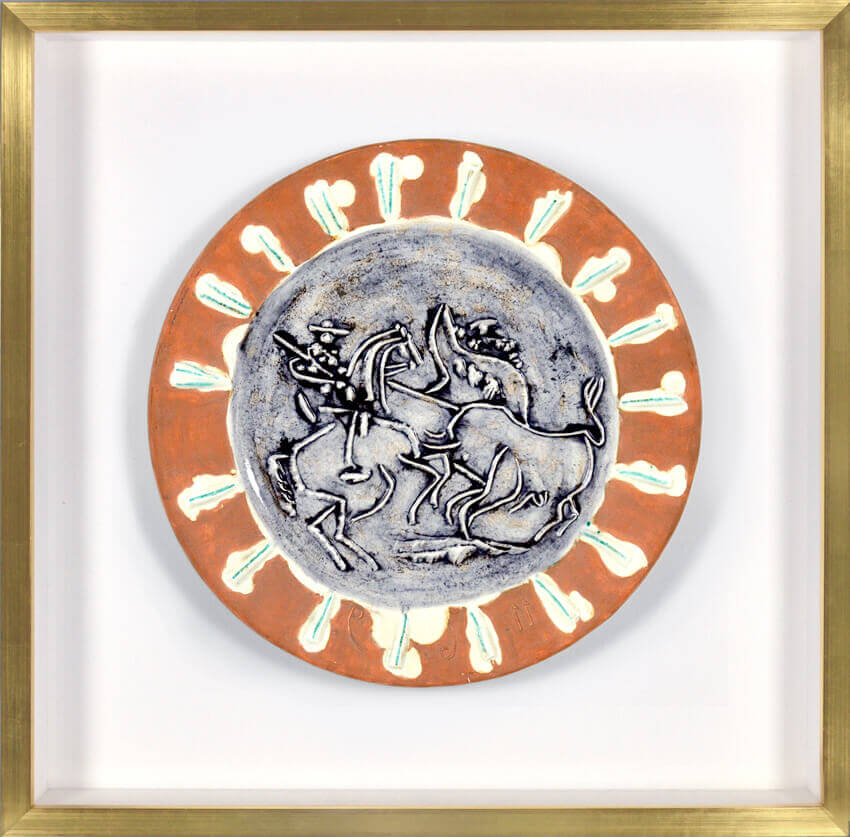 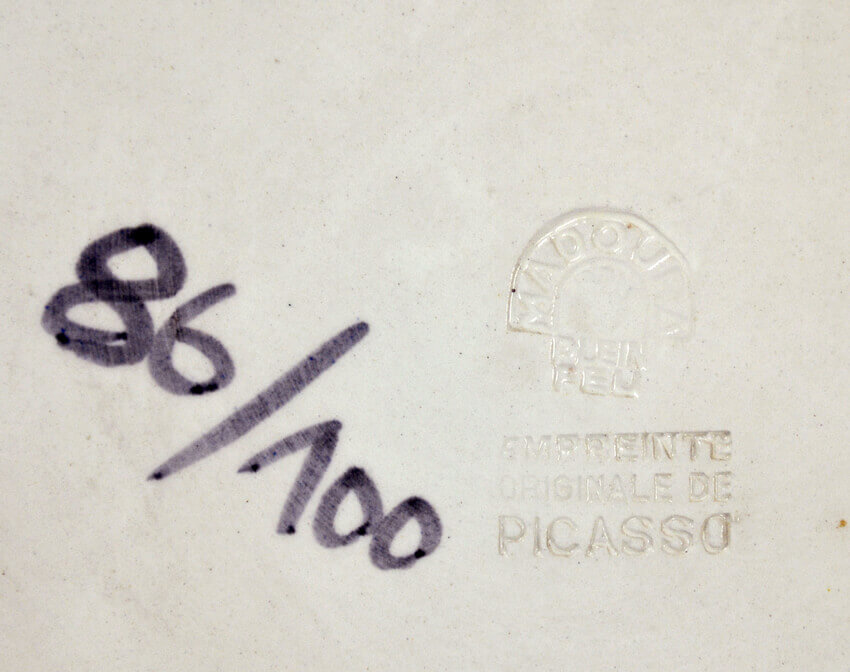 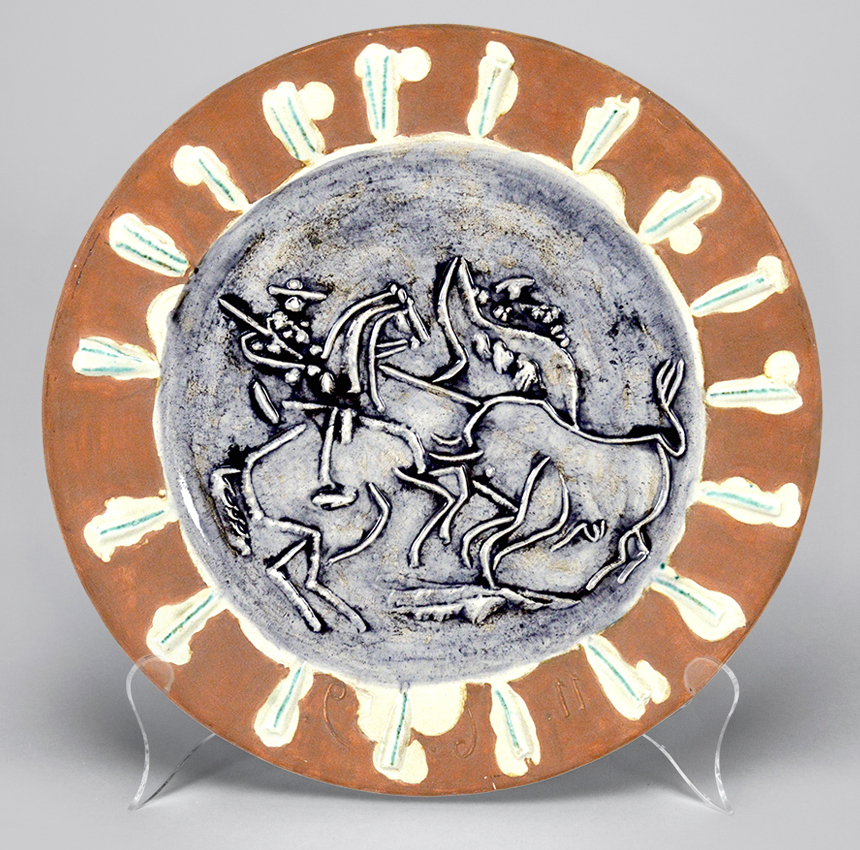 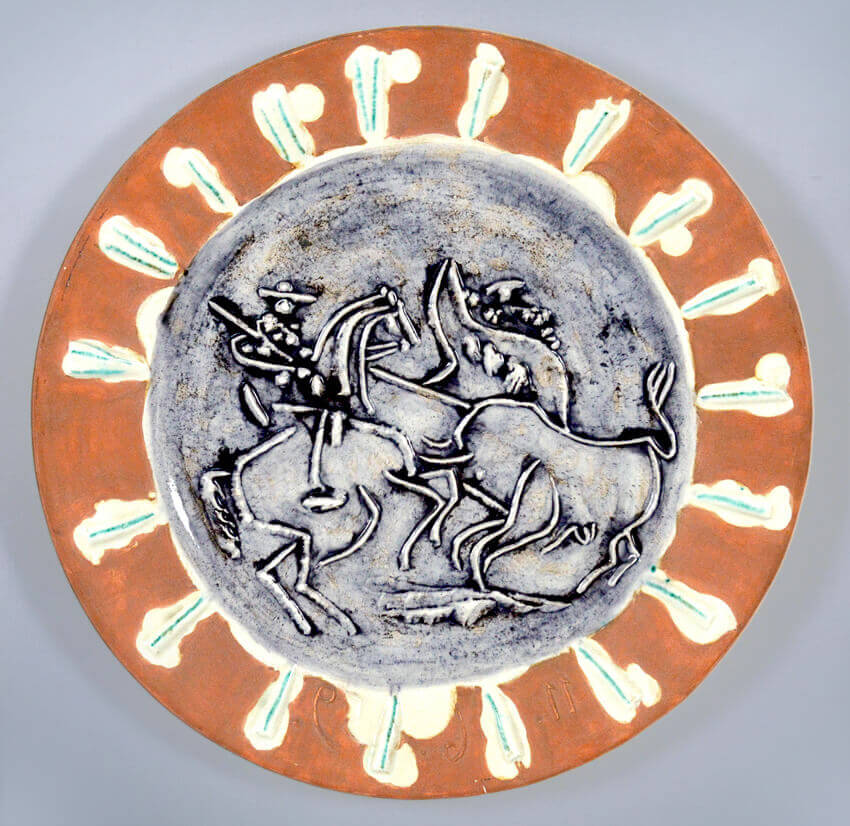 Pablo Picasso ceramic Scène de tauromachie (Tauromachy Scene), 1959 A.R. 410 captures a valiant bullfight in this pivotal scene depicted in a smoky haze of grey. In this wonderful work,  frozen in time, the matadors are displayed at their most brave, in the midst of the battle without fear for their mortality. Though the matadors and bull are merely an image, there is a life within them that pours forth from the dish. The curved lines that form the fighters make the scene explode with energy, and one expects to see the bull charge, or the matador strike at the bull. An emblem of Latin Machismo and pride, a matt russet boarder prestigiously frames the moment to honor their courage. The circular shape of the dish also reflects the bullfighting ring, and the abstract design mimics spectators.

Picasso was an avid observer of bullfights from an early age in his childhood in Spain, and bullfighting scenes appear very early in his body of work. They continued to influence him throughout his long artistic career, showing up many times in the Madoura ceramics that he crafted in the later years of his life.

Created in 1959, this Madoura ceramic round dish of white earthenware clay with decoration in engobes (ivory, patinated black, mat russet) under partial brushed glaze. This work is stamped with the ‘MADOURA PLEIN FEU’ and ‘EDITION PICASSO’ pottery stamps on the reverse.

Pablo Picasso ceramic Tauromachy Scene (Scène de tauromachie), 1959 A.R. 410 is fully documented and referenced in the below catalogue raisonnés and texts (copies will be enclosed as added documentation with the invoices accompanying the sale of the work):