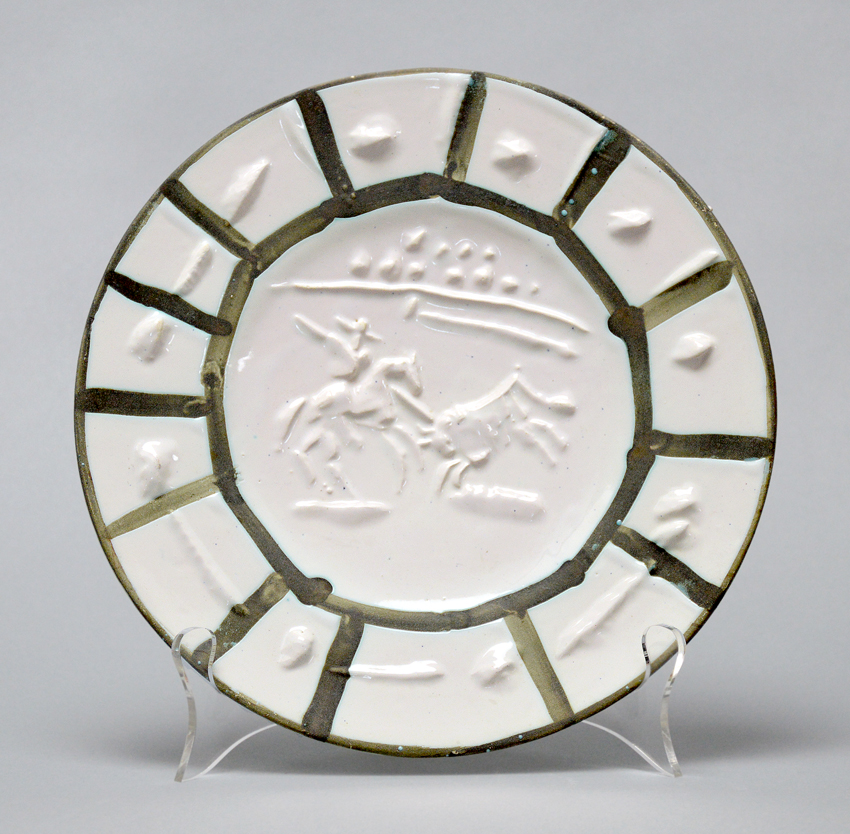 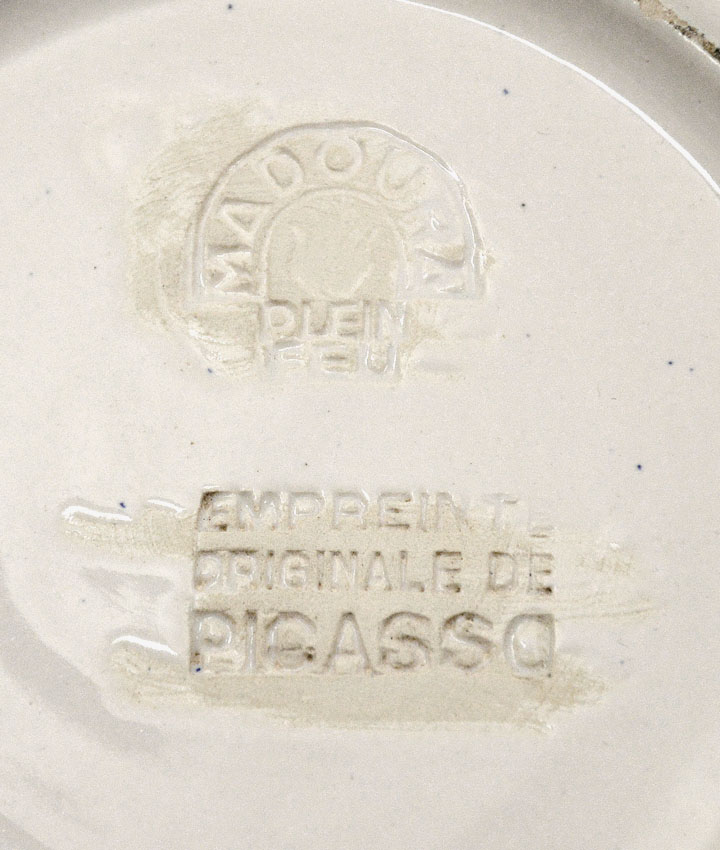 Picasso Picador, 1953 A.R. 201 is a lively work that is filled with action and movement. Bullfighting is a long held Spanish tradition, especially significant to Picasso. It is believed that Picasso was fixated on the theme as an expression of his national identity. Since a young age, he also had great admiration for the strength and resilience of the bulls. Therefore, a work such as Picador, 1953 is not only visually pleasing to the viewer but also significant to the artist himself.

Capturing the moment in which the picador stabs the charging bull with his lance, Picasso creates an image of action and suspense. The bull rushes forward from the right while the Picador, aboard his horse, appears calm and prepared. He lowers his weapon while, in the background, we view the crowd of onlookers, eager to cheer him on. Picasso places the beautiful pale colored scene against a beautiful, white background and creates a perfectly balanced composition in which the height of the action takes place in the front and center. Framing this scene are darkly colored lines which bring the eye to the central image. Alongside the varying stripes are also raised dots surrounding the border of the plate, giving this round plate a tactile quality.

Created in 1953, this Madoura round plate of white earthenware clay with oxidized paraffin decoration (brown, green) and white enamel bath is stamped with the 'MADOURA PLEIN FEU' and 'EMPREINTE ORIGINALE DE PICASSO' pottery stamps on the underside; from the edition of 200.

Catalogue Raisonné & COA:
Picasso Picador, 1953 A.R. 201 is fully documented and referenced in the below catalogue raisonnés and texts (copies will be enclosed as added documentation with the invoices that will accompany the final sale of the work).

1. Ramié, Alain. Picasso Catalogue of the edited ceramic works 1947-1971. Madoura: 1988. Listed an illustrated as catalogue raisonné no. 201.
2. A Certificate of Authenticity will accompany this work.