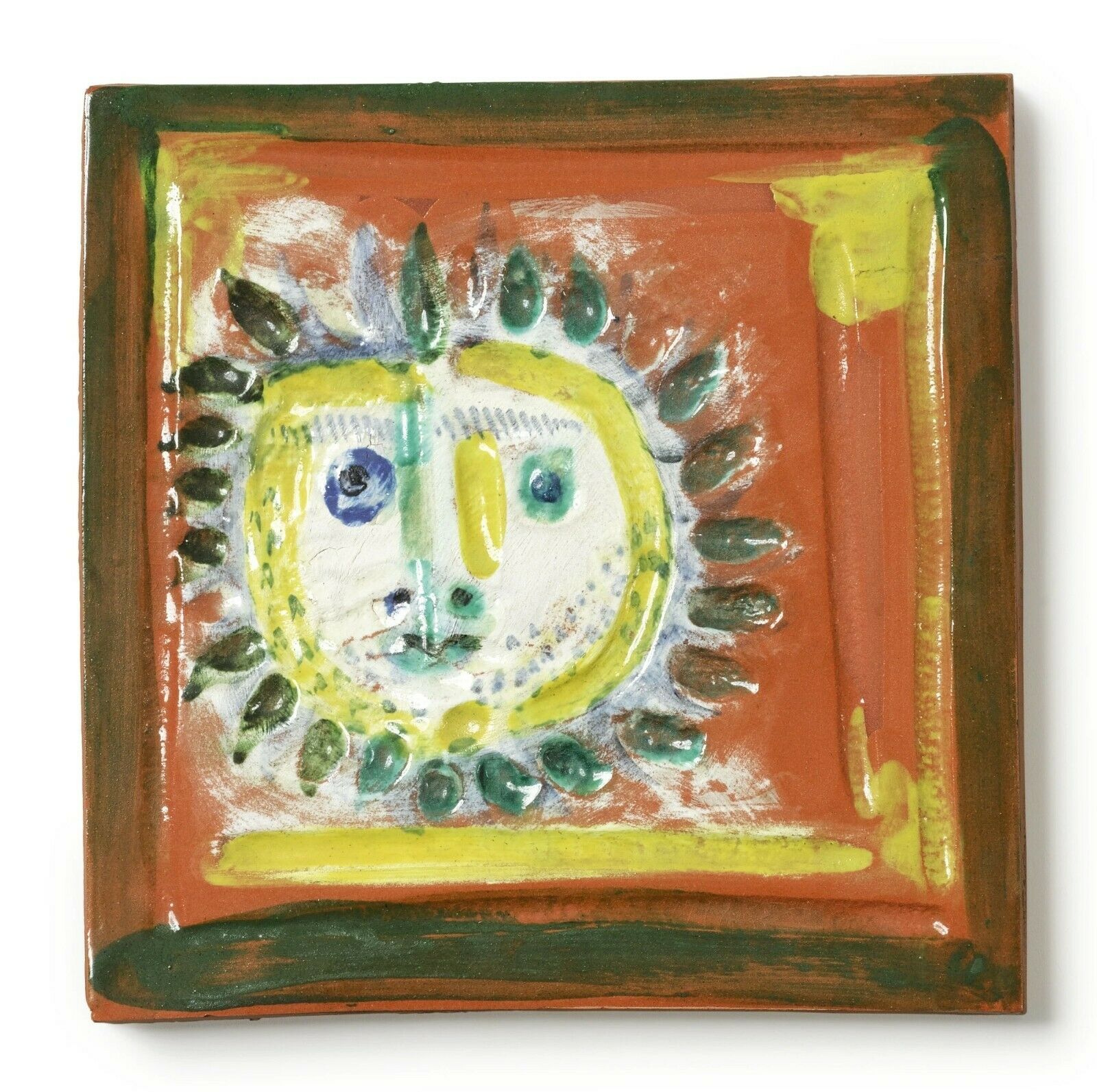 Pablo Picasso Petit Visage Solaire (Little Solar Face), 1968 A.R. 552 features a charming depiction of a colorful sun carved into the surface of a plaque. The sun is not centered on the plaque but sits in the lower left corner, which not only creates an asymmetrical composition but also evokes the way the sun travels through the sky as the day progresses. Touches of yellow in the corners and in the border below the sun compliment the yellow outlining the sun's rounded face. Within the yellow outline is a pair of eyes and eyebrows along with a nose and mouth. The rich, rusty orange base of the plaque showcases the white, yellow, greens and blues that make up the sun, allowing the colors to pop out against the background. The short, fat lines radiating out from the face of the sun are carved into the plaque itself, which emphasizes the colors that fill the lines by adding texture and depth. Pablo Picasso Petit Visage Solaire (Little Solar Face), 1968 A.R. 552 offers a charming representation of a sun on the equally charming form of a small ceramic plaque.

Catalogue Raisonné & COA:
Pablo Picasso Petit Visage Solaire (Little Solar Face), 1968 is fully documented and referenced in the below catalogue raisonnés and texts (copies will be enclosed as added documentation with the invoices that will accompany the sale of the work).

1. Ramié, Alain. Picasso Catalogue of the edited ceramic works 1947-1971. Madoura: Galerie Madoura, 1988. Listed and illustrated as catalogue raisonné 552.
2. A Certificate of Authenticity will accompany this artwork.