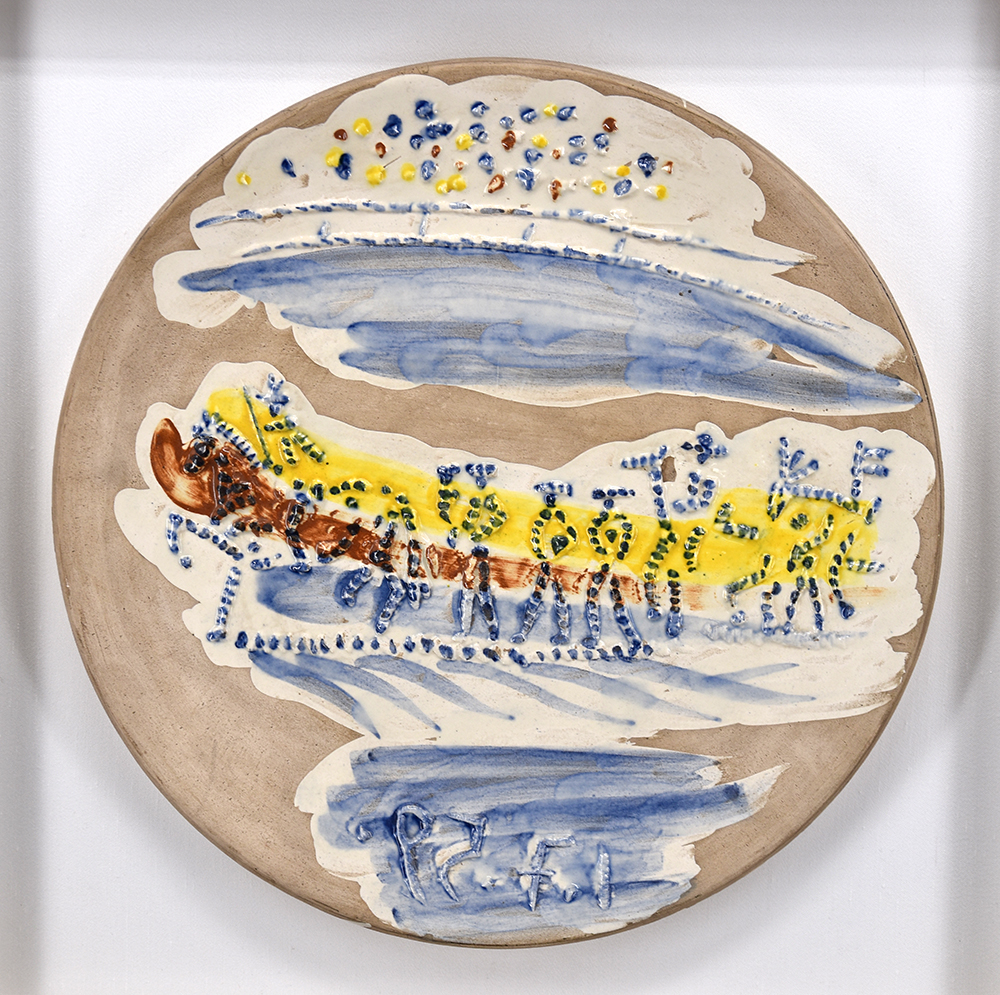 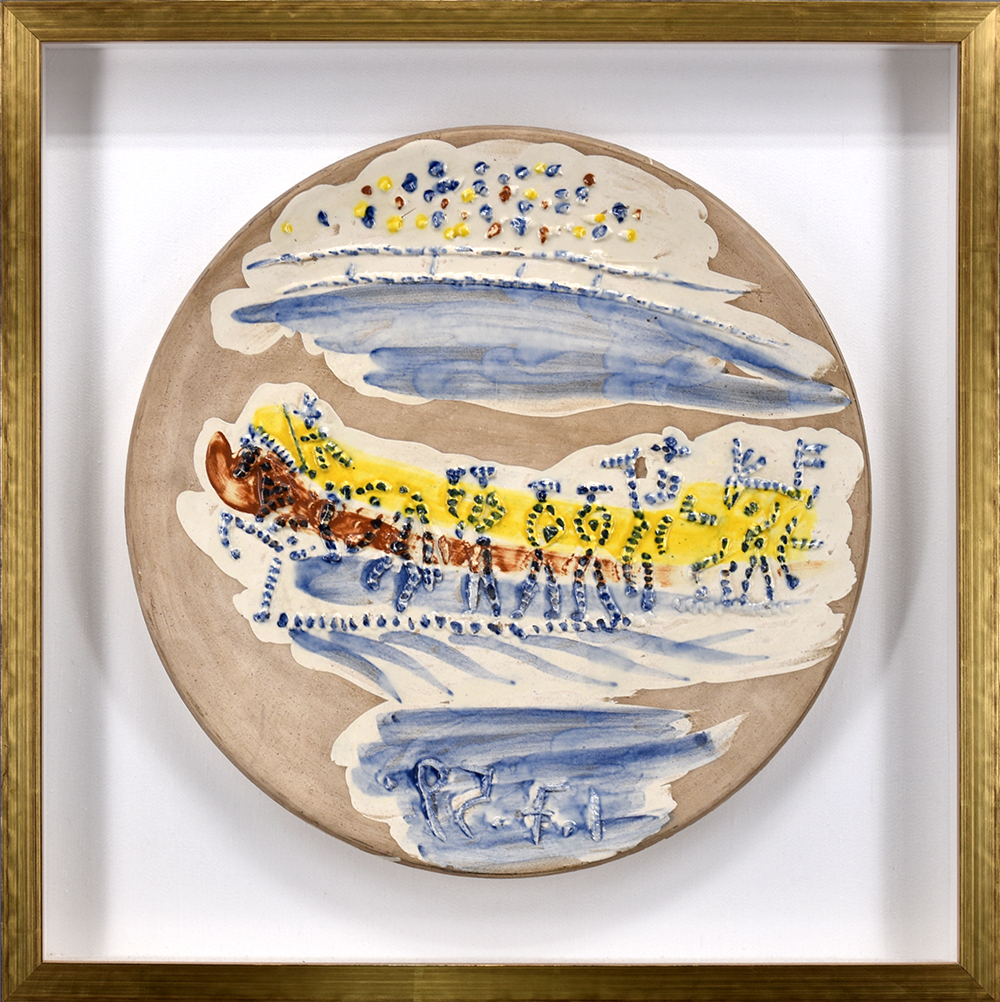 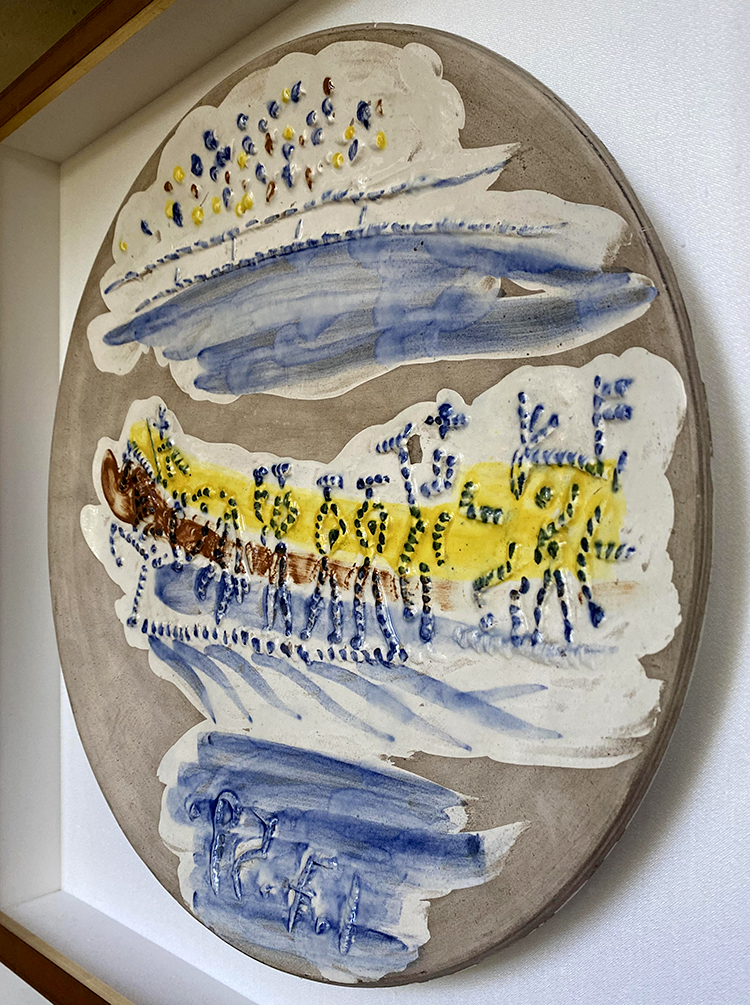 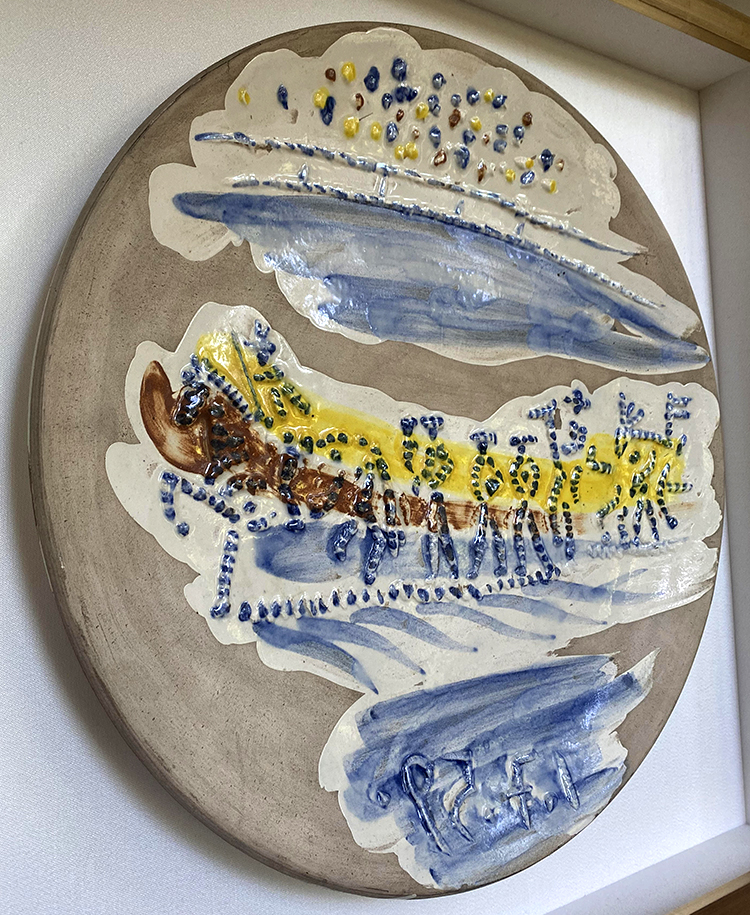 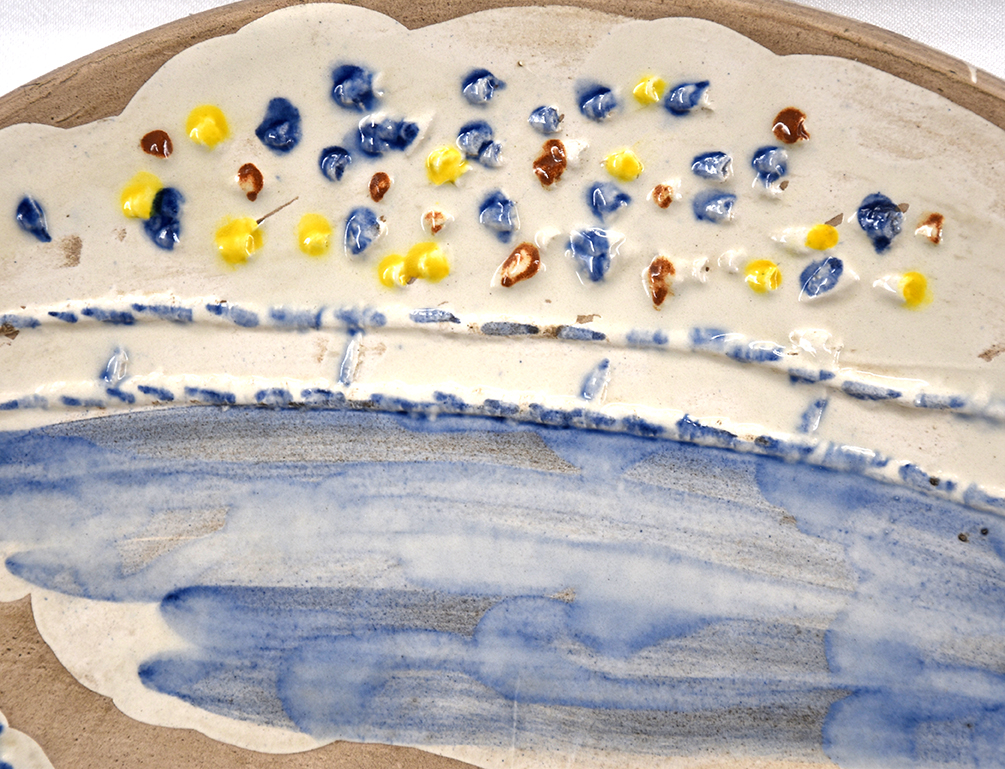 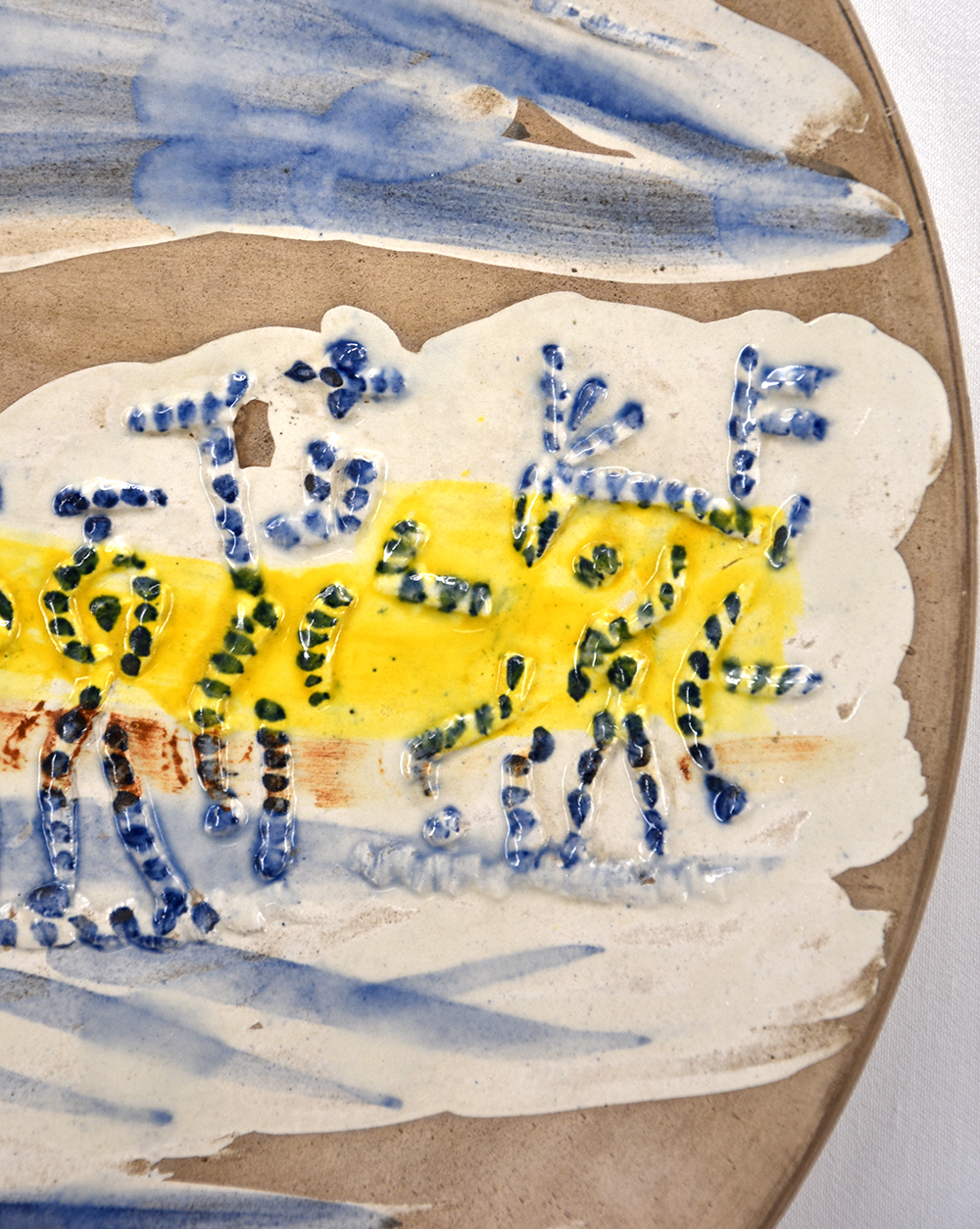 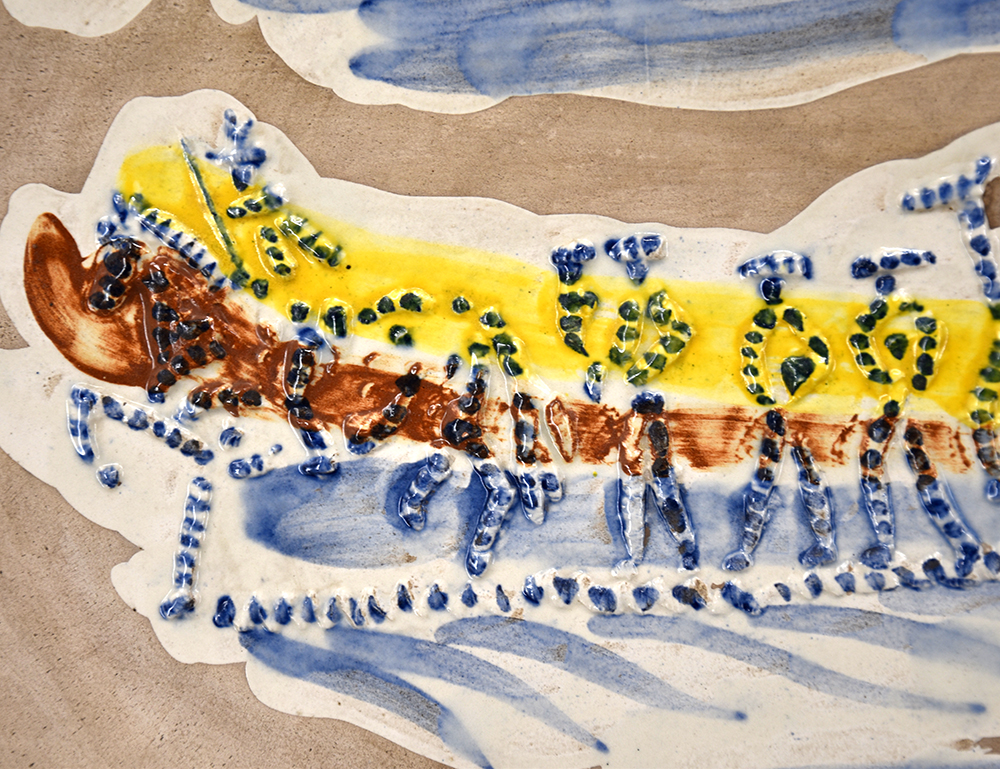 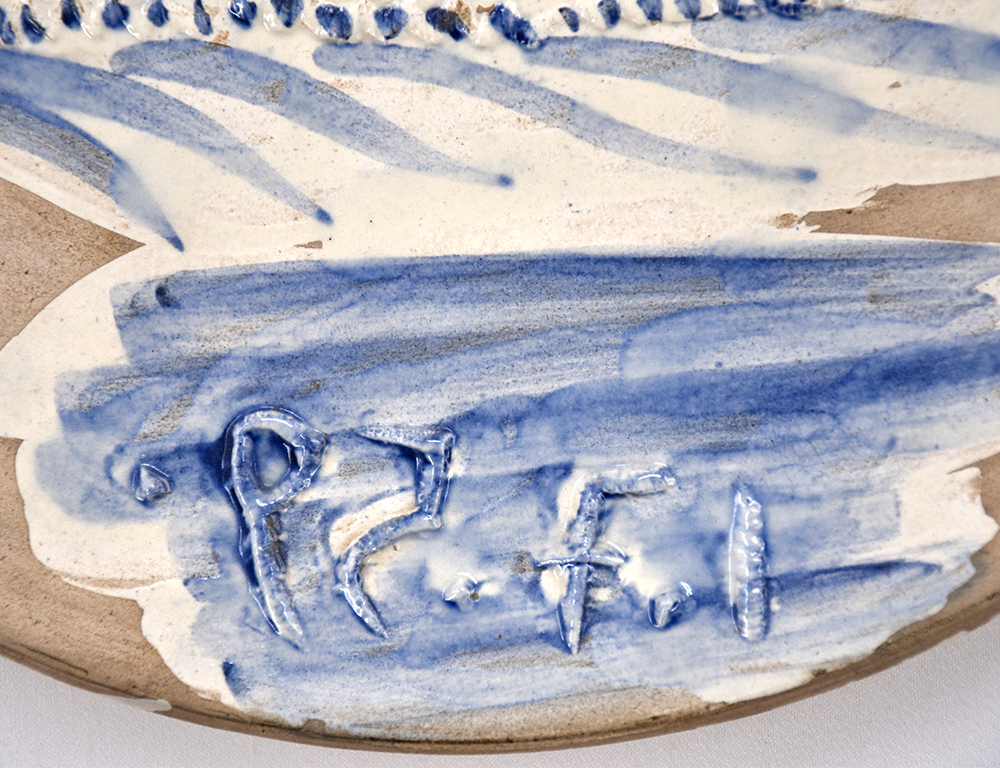 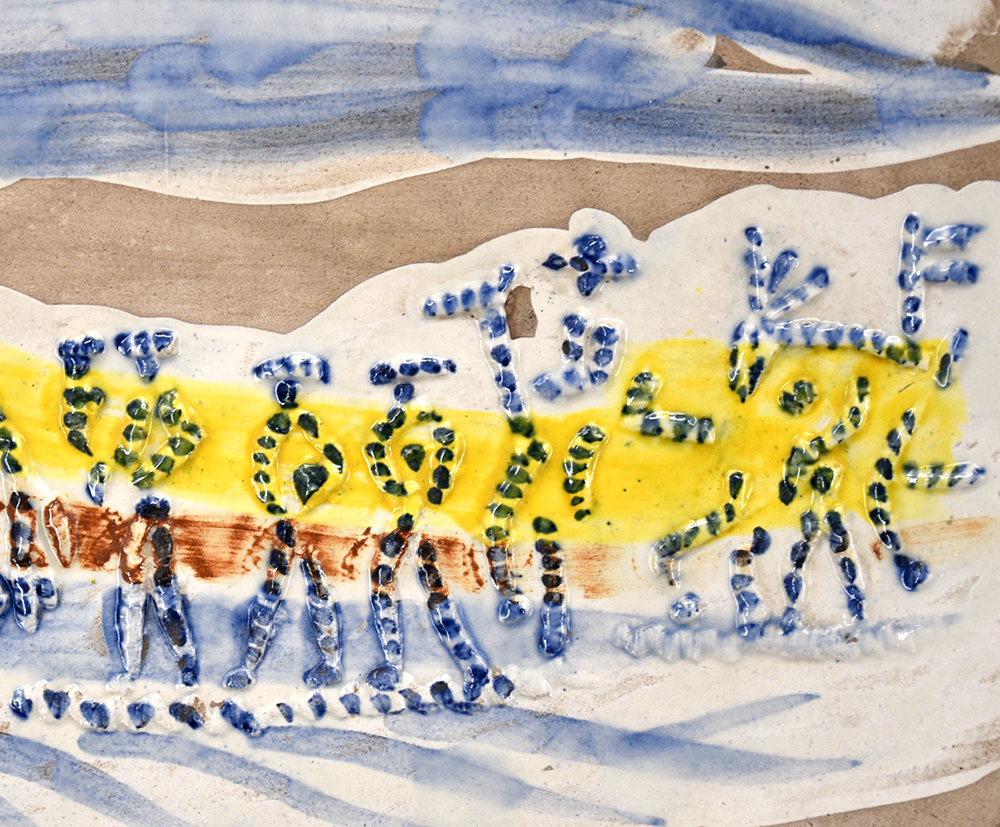 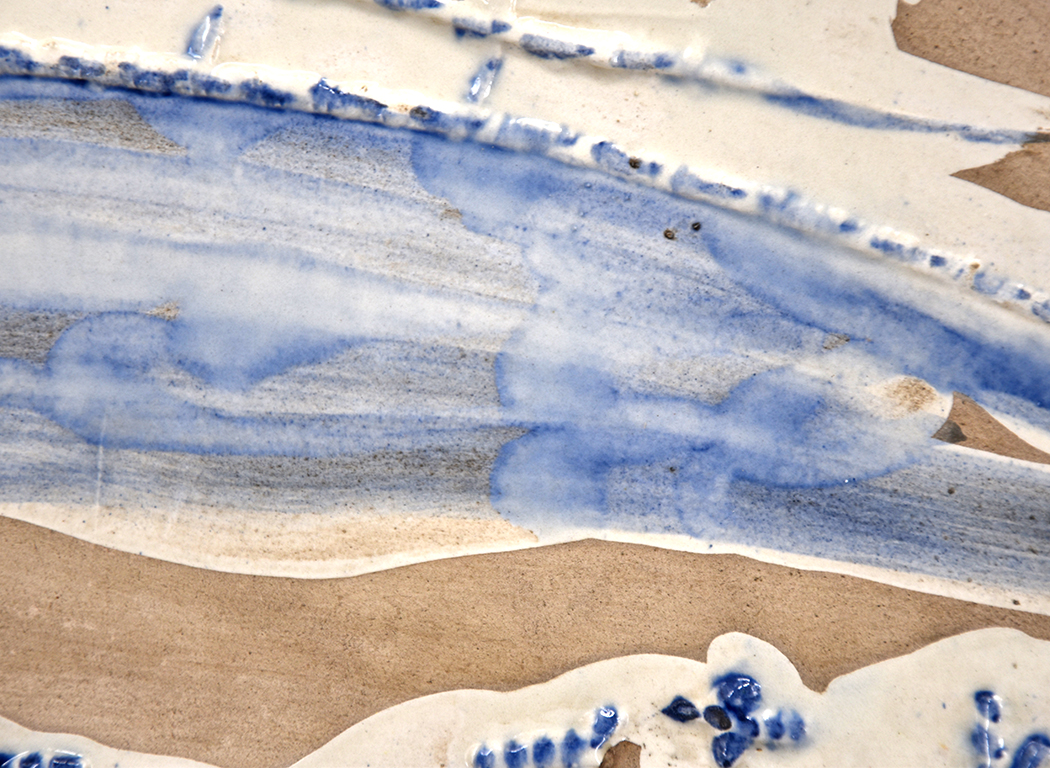 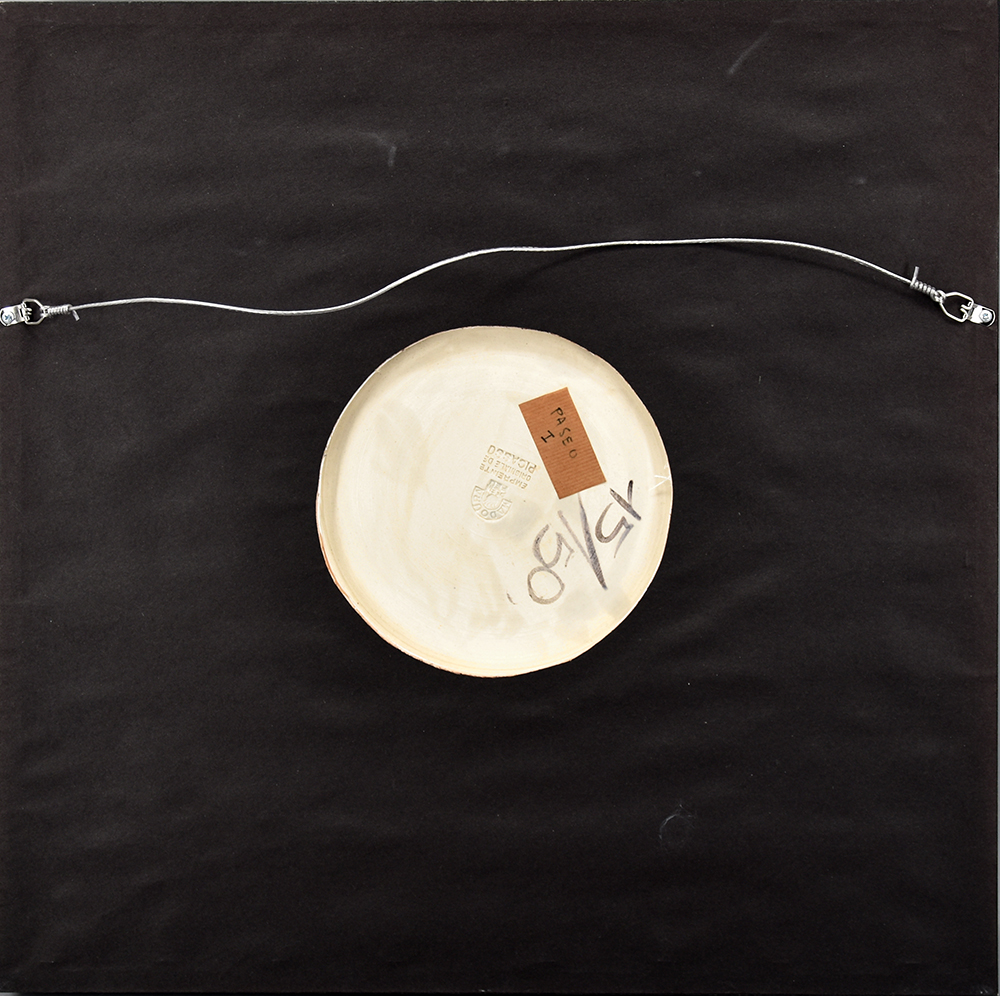 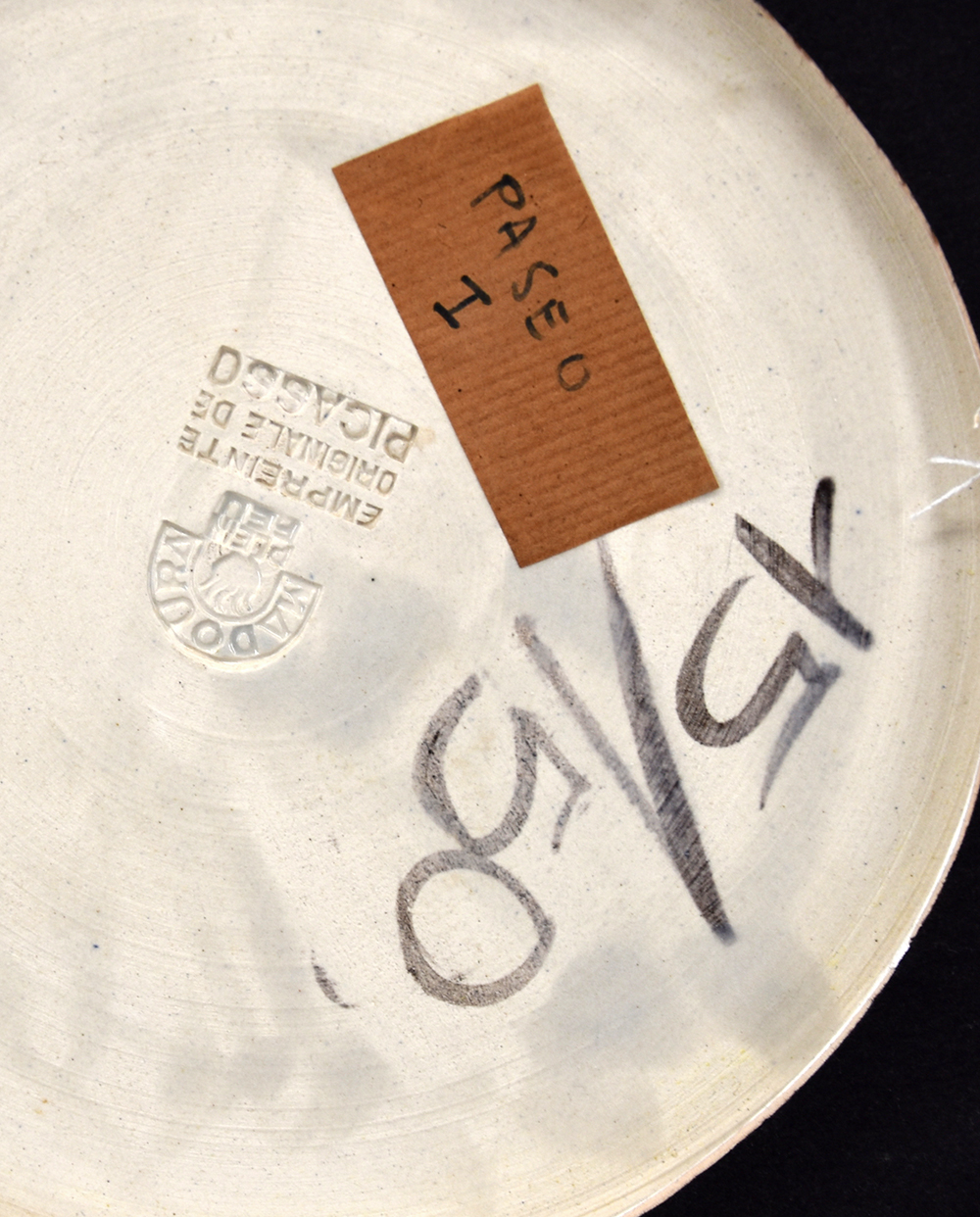 Pablo Picasso was an avid fan of bullfighting his entire life, attending his first corridas when he was a child in Spain and gaining a renewed interest in the events when he settled in the South of France after World War II. Undoubtedly the theatrical drama and flashy machismo of the matadors appealed greatly to Picasso's sensibilities and resonated with his Spanish roots. In 1959, Picasso produced an 8-piece plate series, each featuring a different bullfighting scene suggested through lively stipple lines. Paseo A.R. 416 depicts a line of bullfighters highlighted by a streak of yellow. The strokes of blue above and below the figures contrast with the warm of the yellow, creating visual tension that anticipates the drama of the fight.

Created in 1959, Pablo Picasso (Málaga, 1881 – Mougins, 1973) Paseo A.R. 416 is numbered from the edition of 50 on the reverse and stamped with the 'MADOURA PLEIN FEU' and ‘EMPREINTE ORIGINALE DE PICASSO' pottery stamps on the reverse.

Catalogue Raisonné & COA:
Pablo Picasso Paseo, from Service Scènes de Corrida, 1959 A.R. 416 is fully documented and referenced in the below catalogue raisonnés and texts (copies will be enclosed as added documentation with the invoices that will accompany the sale of the work).

1. Ramié, Alain. Picasso Catalogue of the edited ceramic works 1947-1971. Madoura: Galerie Madoura, 1988. Listed and illustrated as catalogue raisonné no.416 on pg. 220.
2. A Certificate of Authenticity will accompany this artwork.