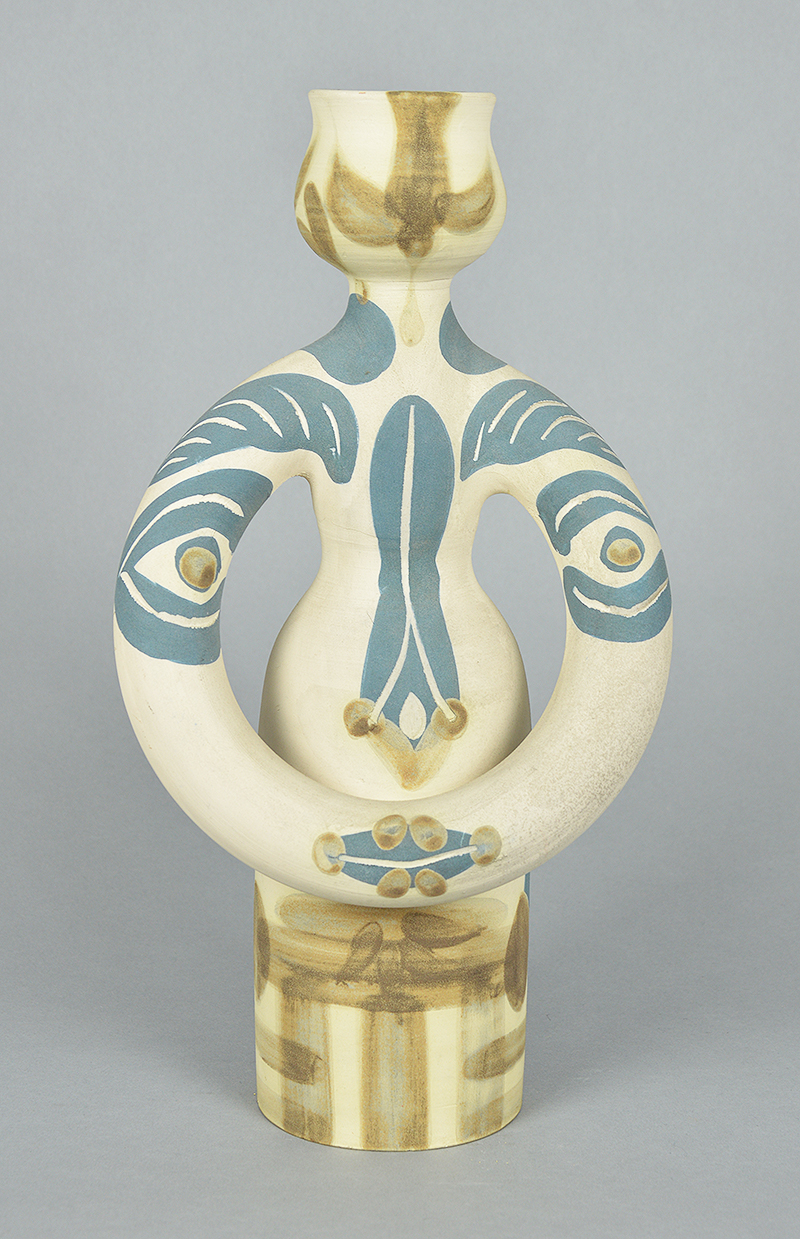 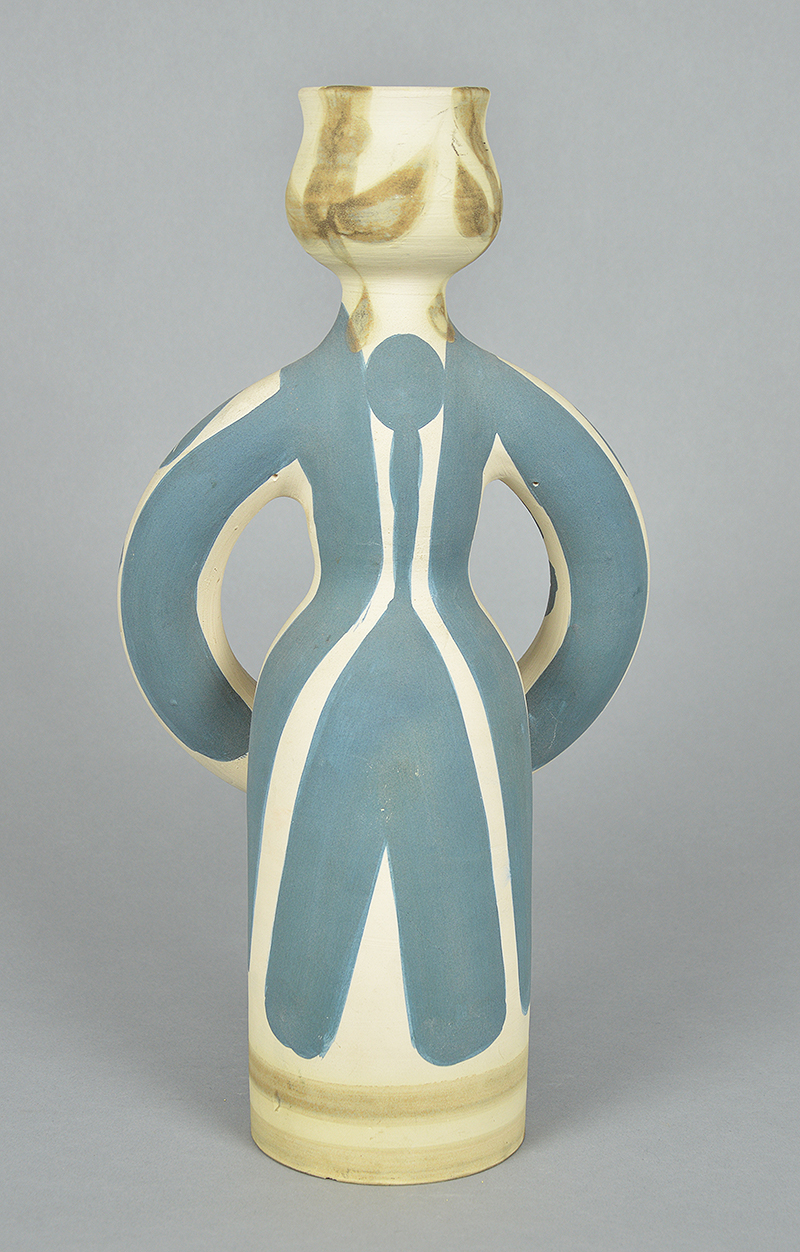 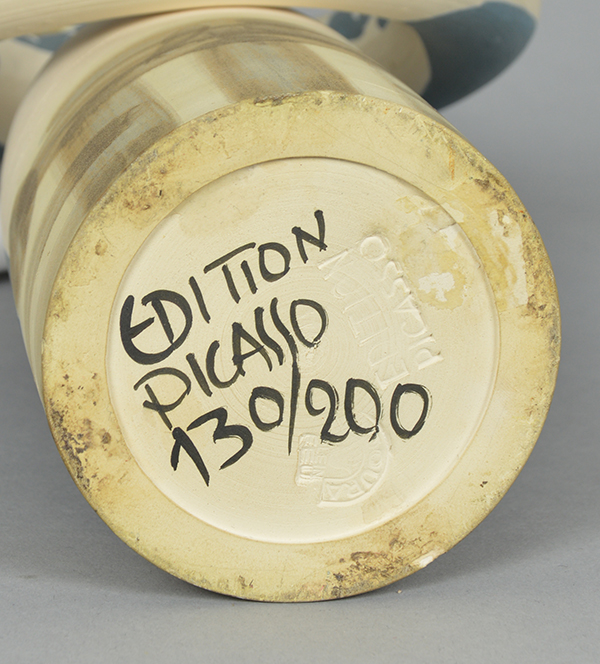 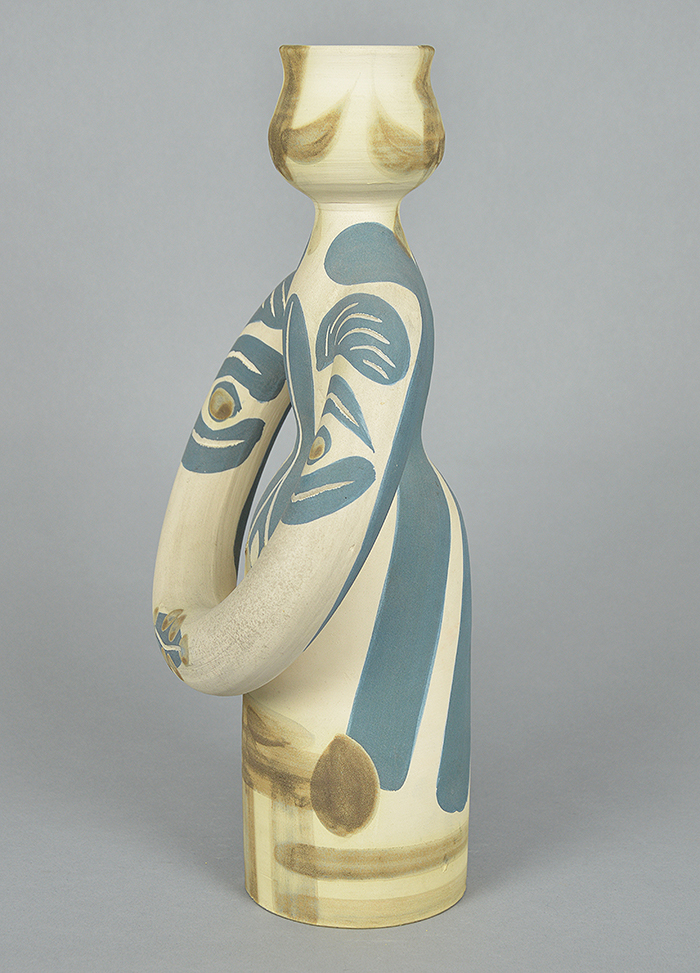 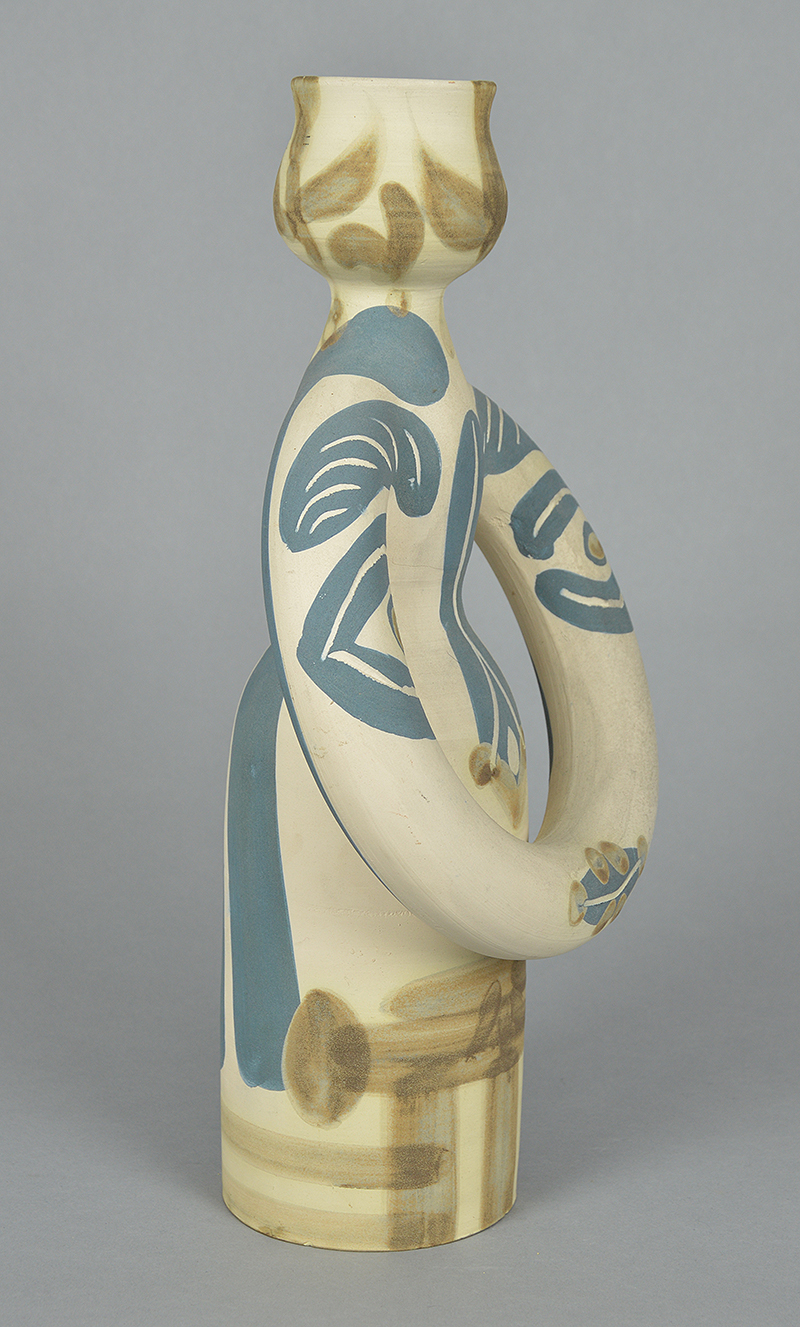 Pablo Picasso ceramic Lampe Femme (Woman Lamp), 1955 A.R. 299 is a truly remarkable piece from Picasso's ceramic oeuvre. Picasso creates an illusion of sorts, creating a lamp with two separate women visible by viewing the lamp in different ways. First, we see the figure of the woman made from the physical form of the lamp. She holds her hands clasped in front of her, and her body with a thin waist runs up into a neck that opens into a head that is formed by the opening of the vase. Her body is graceful and decorated with blue and grey markings. The reverse of the vase is almost entirely covered in the dulcet blue, looking like the clothing of the woman. If we look more closely at the markings on the body of the woman, a face emerges. What was once the arms becomes the canvas that holds the wide eyes and bushy eyebrows of this female face. The long torso of the vase is the elegant bridge of a nose. Where the woman's hands were clasped, a mouth appears, softly smiling. Picasso creates a magnificent double approach to Woman Lamp that delights.

Created in 1955, this Madoura turned vase of white earthenware clay with decoration in engobes (blue and grey); engraved by knife and glazed inside is stamped with the 'MADOURA PLEIN FEU' and 'EDITION PICASSO' pottery stamps on the underside.

Pablo Picasso ceramic Woman Lamp (Lampe femme), 1955 A.R. 299 is fully documented and referenced in the below catalogue raisonnés and texts (copies will be enclosed as added documentation with the invoices accompanying the final sale of the work):