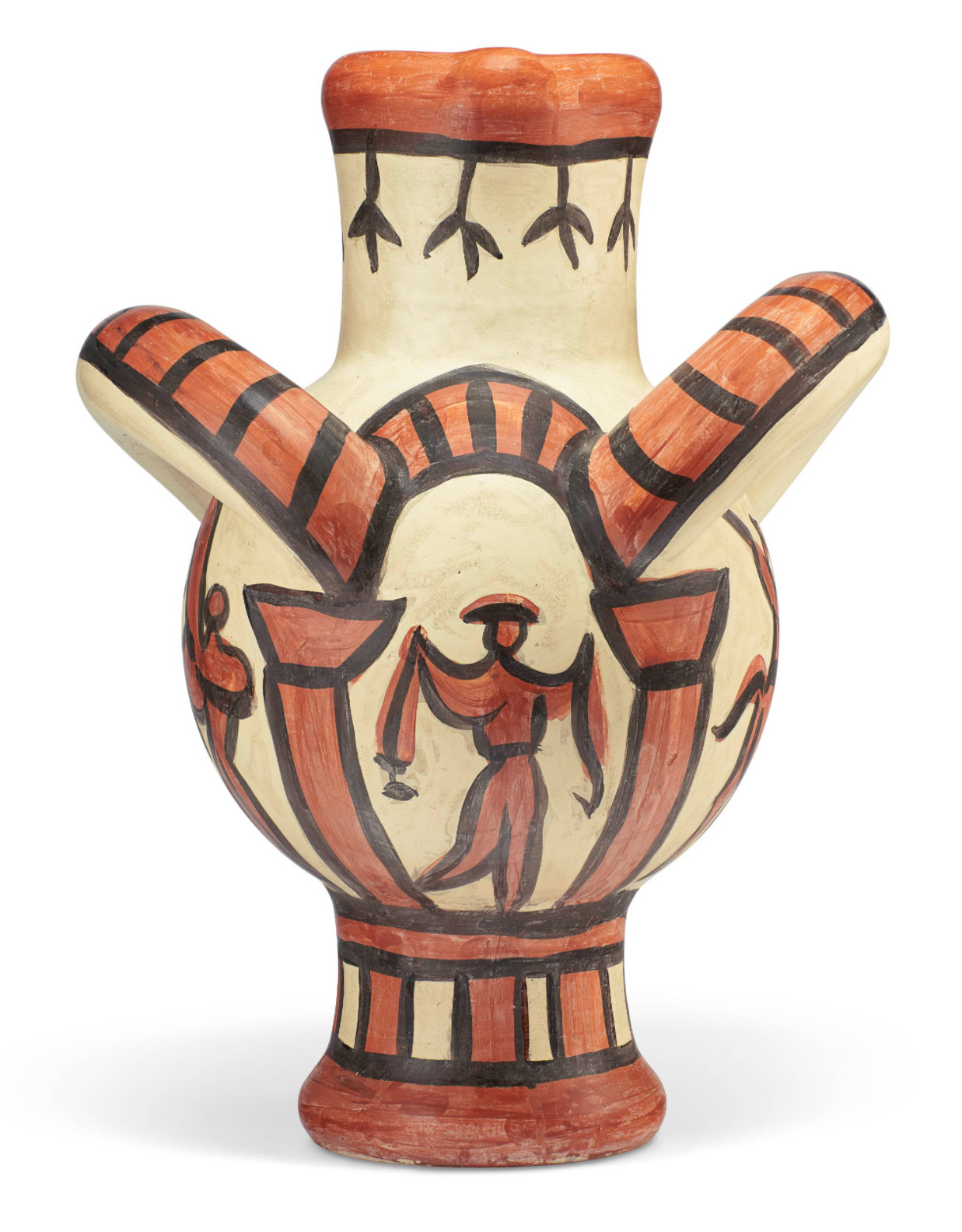 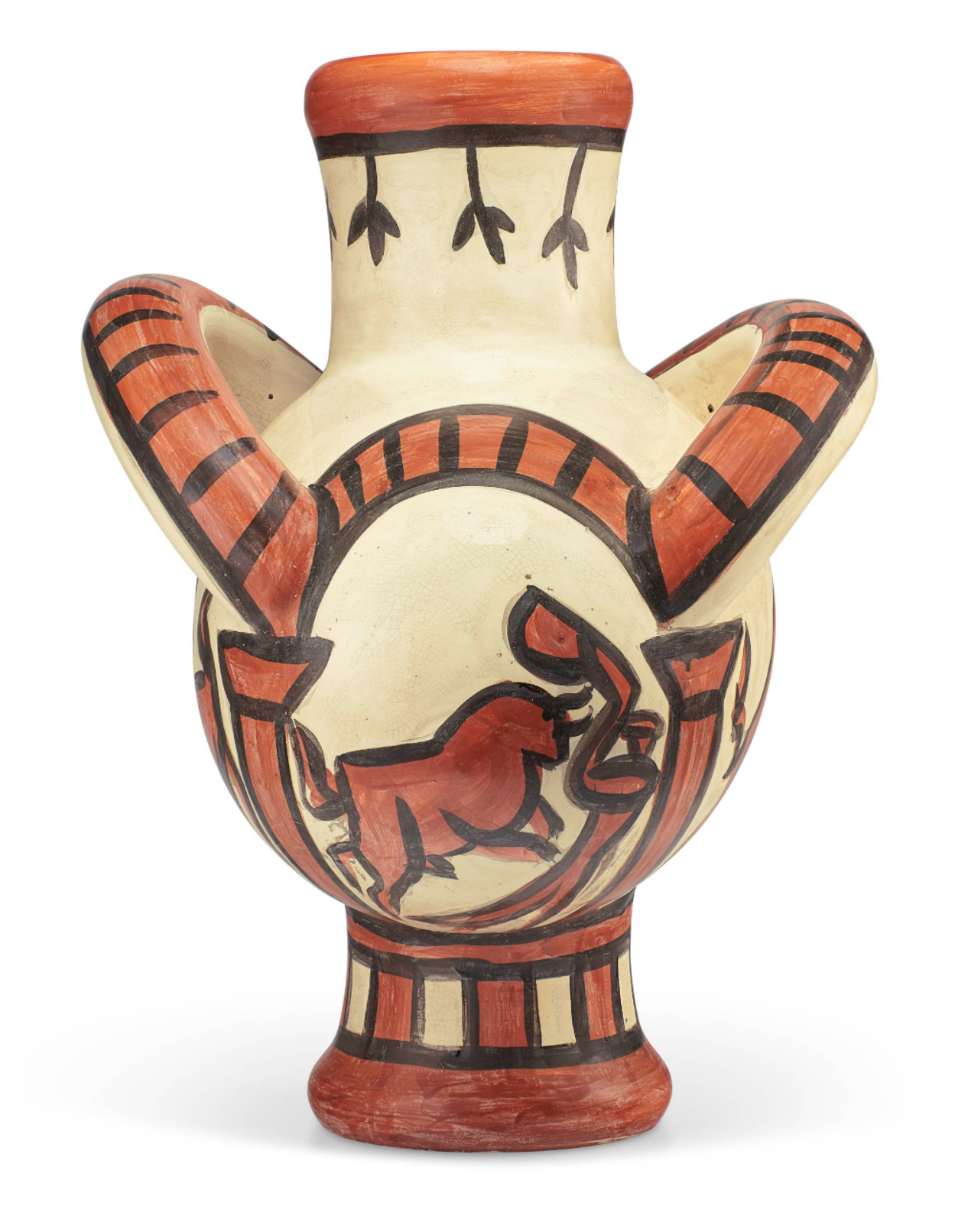 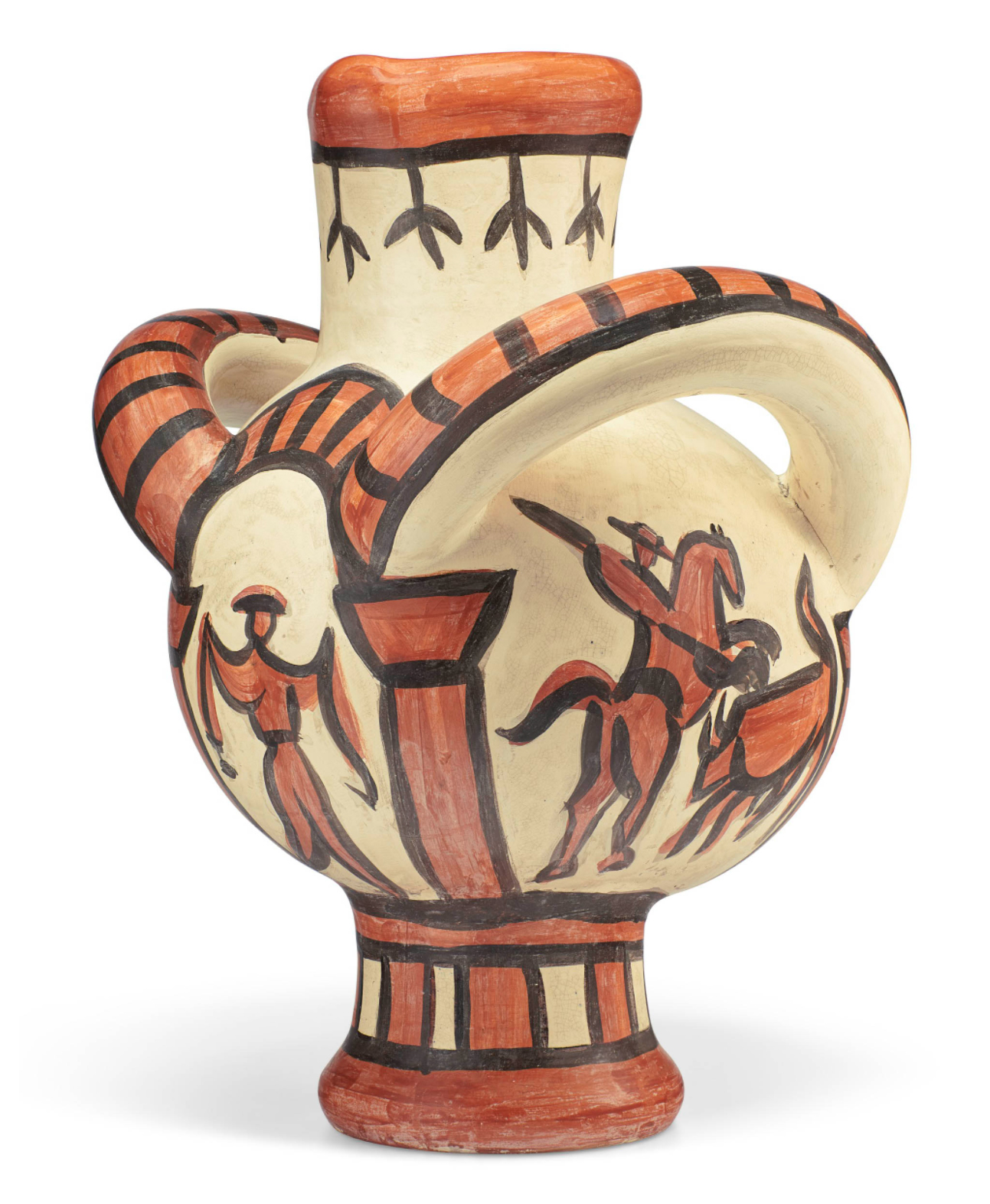 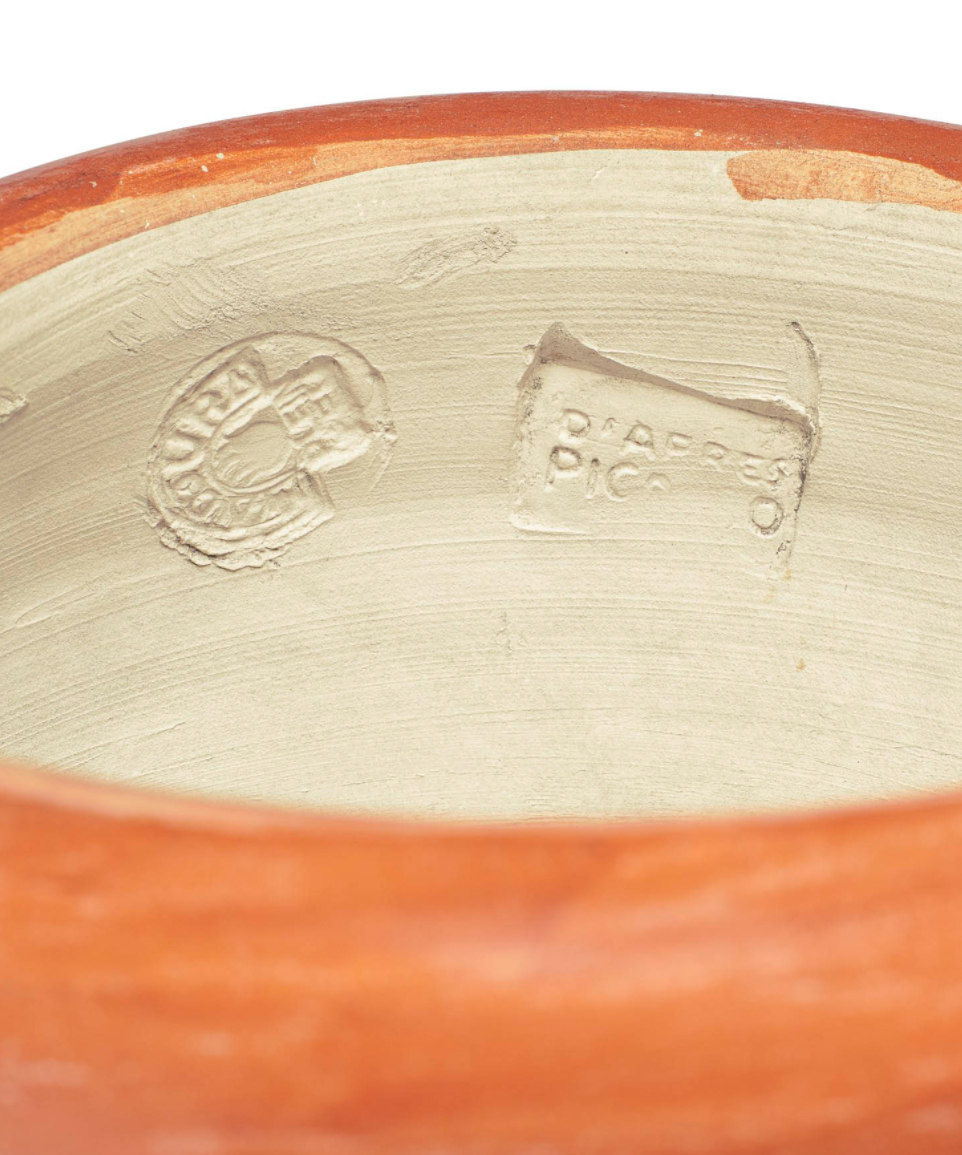 A rare ceramic work, Pablo Picasso ceramic Large Corrida Bird, 1953 captures the entirety of a bullfight- or corrida - as you travel around the vase. Starting in the front, below the spout, a banderilleros stands holding two colorful flags, which he will stab into the back of the bull. Going to the right, we see a familiar scene of a Picador atop his horse, readying himself to stab his lance into the neck of the charging bull. The next scene shows a bull and a figure. The final scene is one not portrayed as much on Picasso ceramics - the final confrontation of the bull and the Matador. The Matador whips his red cap delicately into the air as the bull prepares to charge. Portrayed with bold black strokes and a strong brown color palette, the natural white of the clay is able to stand out giving this work a much needed softness that compliments the effortless flow of the vase shape. With only 25 of these works in existence, the dramatic nature yet gentleness of the piece is a true testament to the skill of Picasso as a ceramic artisan.

Created in June 1953, ceramic Large Corrida Bird, 1953 is a turned vase of white earthenware clay with decoration in engobes and paraffin (red, black), partial brushed glaze from the edition of 25. This work is stamped with the 'MADOURA PLEIN FEU' and 'EMPREINTE ORIGINALE DE PICASSO' pottery stamps on the bottom.

Catalogue Raisonné & COA:
Pablo Picasso ceramic Large Corrida Bird, 1953 is fully documented and referenced in the below catalogue raisonnés and texts (copies will be enclosed as added documentation with the invoices accompanying the final sale of the work):

1. Ramié, Alain. Picasso Catalogue of the edited ceramic works 1947-1971. Madoura: 1988. Listed and illustrated as catalogue raisonné no. 191.
2. A Certificate of Authenticity will accompany this work.