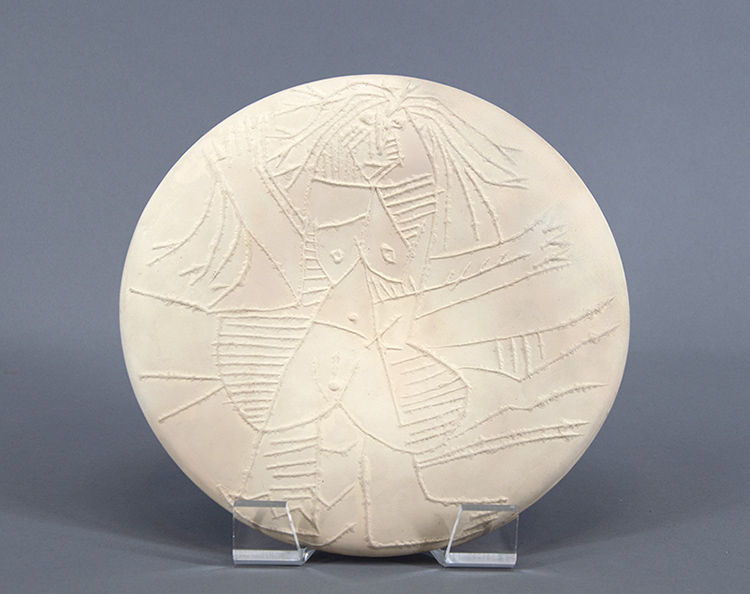 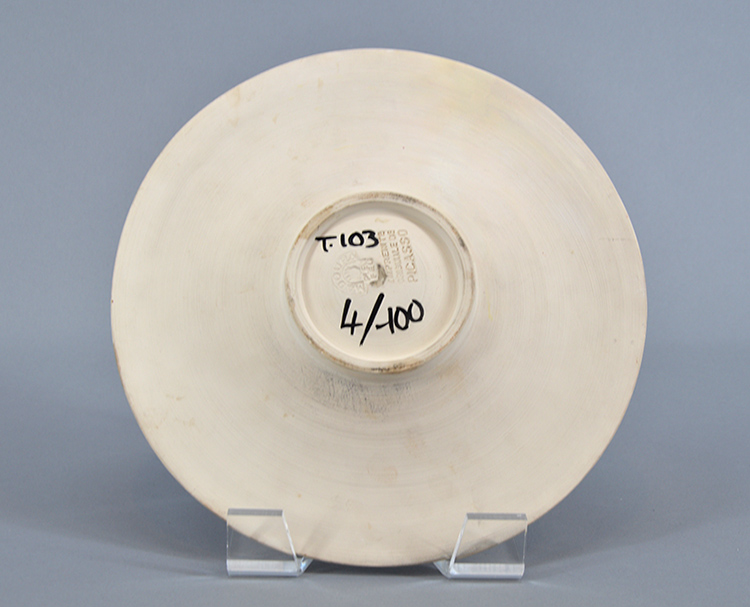 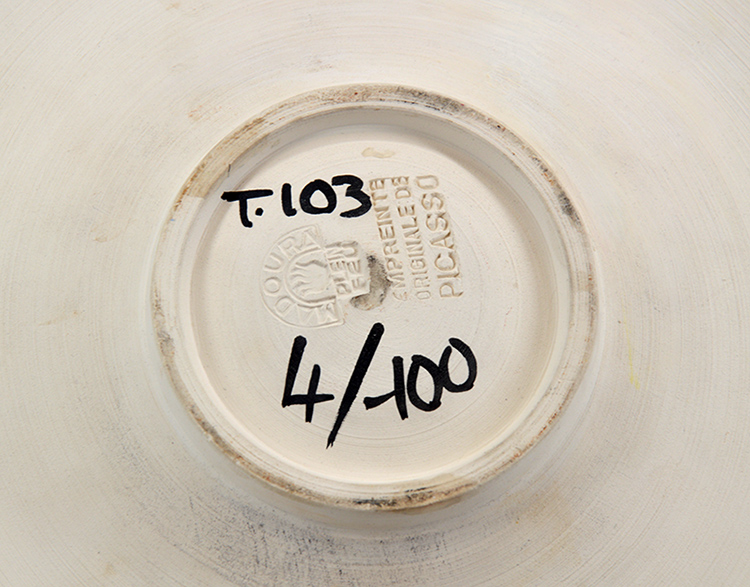 Pablo Picasso Femme Échevelée (Disheveled Woman), 1963 A.R 510 is a beautiful example of Picasso’s work in ceramics. Using straight lines to create geometric shapes, Picasso forms the figure of a woman in chaos. With her hair sprouting in all directions and arms and legs flailing about, the woman is the very definition of disheveled. Picasso creates energy in this simple composition with his use of dynamic lines, moving the viewer’s eye around the work to follow the many directions the lines create. Picasso was famously inspired by the female form throughout his career, and his work in ceramics in the later phases of his life are no exception. The disheveled woman’s naked and geometric figure create an enigmatic and captivating work of art. Picasso shows off his true artistic genius in his ability to create stunning and compelling ceramic works with such simple compositions.

Created in 1963, Pablo Picasso Femme Échevelée (Disheveled Woman), 1963 A.R. 510 is an unglazed white earthenware plate. This work is stamped with the 'Empreinte Originale de Picasso' and 'Madoura Plein Feu' pottery stamps on the verso. Numbered from the edition of 100 and marked T.103 in ink.

Pablo Picasso Femme Échevelée (Disheveled Woman), 1963 A.R. 510 is fully documented and referenced in the below catalogue raisonnés and texts (copies will be enclosed as added documentation with the invoices that will accompany the sale of the work).