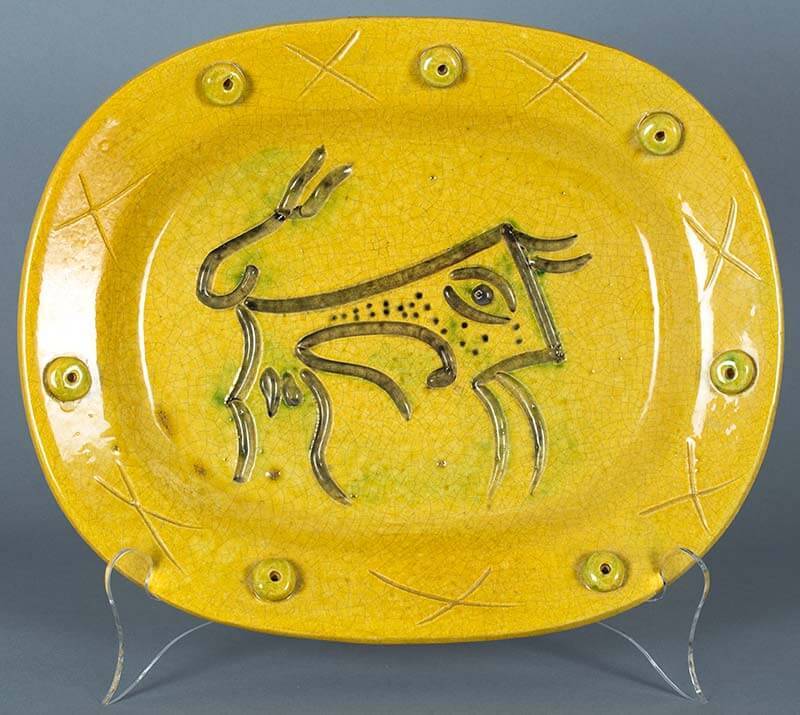 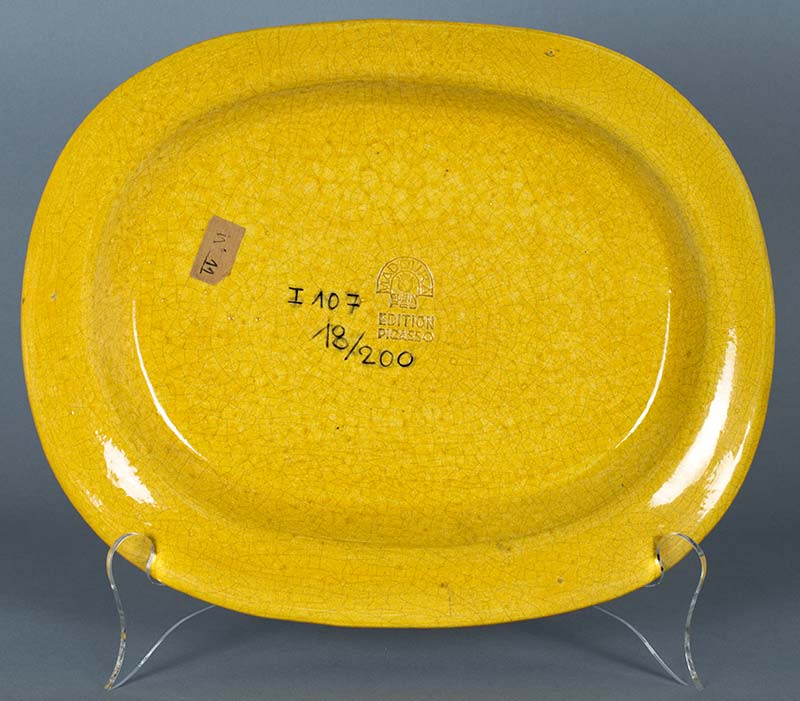 Bulls were a frequent source of fascination for Picasso, who depicted them countless times across all mediums. In Pablo Picasso ceramic Bull, 1947 A.R. 32, the animal's form becomes a few elegant lines, reminiscent of the stylized Paleolithic cave paintings found in Lascaux and Niaux in the French Pyrenees. Because the figure of the bull is so simple, the features that Picasso has chosen to include stick out. The eye of the bull is huge - taking up most of the head. It is a rather human eye and is similar to the eyes that Picasso depicts on his human faces. The horns of the bull are also prominent, along with the genitals and the tail of the bull - which is two pronged, mirroring the horns. With this particular style, the emphasis is on the masculinity and strength of this noble and majestic creature, idolized here in breathtakingly simplicity. The striking depiction of the bull is complemented and enhanced by the intense yellow glaze that covers the whole dish. Picasso often uses the wide lip of his rectangular dishes decoratively - usually with an abstracted border-like pattern. On Picasso ceramic Bull, 1947 A.R. 32 he has augmented his simple figural design with a simple decorative pattern of alternating X's and protruding circular bumps.

Created in 1947, this turned dish of white earthenware clay is decorated in engobes and engraved under yellow glaze. From the edition of 200, this work bears two publisher's stamps on the reverse: 'Ed. Picasso' and 'Madoura plein feu ed.'

Catalogue Raisonné & COA:
Pablo Picasso ceramic Bull, 1947 is fully documented and referenced in the below catalogue raisonnés and texts (copies will be enclosed as added documentation with the invoices accompanying the final sale of the work):

2.  A Certificate of Authenticity will accompany this work.